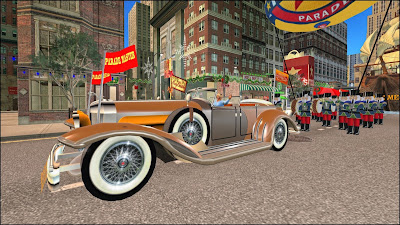 All I can say about the highly interactive Macy's Thanksgiving Day Parade at Far Island  is Wow, Incredible, and Amazing!  The Macy's Thanksgiving Day Parade, which will be held next Thursday in New York City is an annual tradition that dates back to 1924 - and ends up at Macy's Department Store on 34th Street at Herald Square in New York City. Floats, marching bands, huge balloons, singling celebrities, and Santa Claus himself always are part of every parade -- and the Second Life version is no exception. 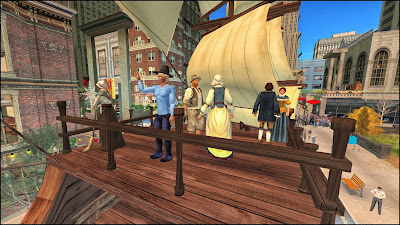 You can see Ryce taking part in the parade here -- which anyone can do by following directions and clicking on parade floats and balloons.  Ryce rides as Grand Marshall, as a Pilgrim on the Mayflower, and with Kermit the Frog in the first three photographs.  Make sure to turn your media up to hear music connected with each float and marching band as they pass by. 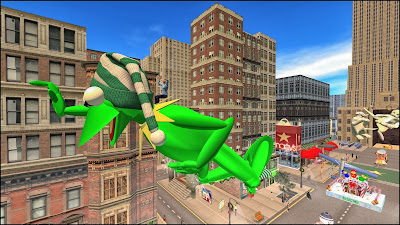 There are many temporary rezzers up which may slow your experience, so be patient. The parade is more than worth it.  Ice Skating is available under the Christmas Tree at Rockefeller Center around the corner.  Please consider donating to help with the maintenance costs of the New York experience. 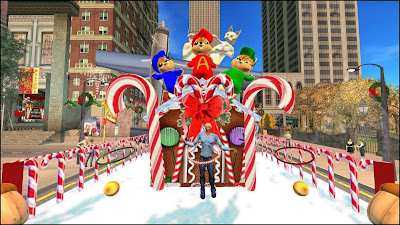 To visit this highly recommended and incredibly fun destination,  exit the arrival area and look for the floats and flying balloons. 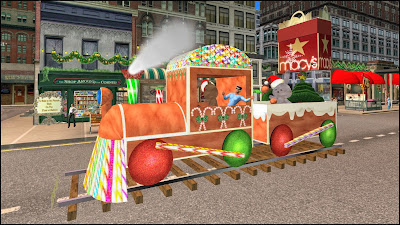 SL Newser-Design has a comprehensive article about the Macy's Thanksgiving Day Parade: 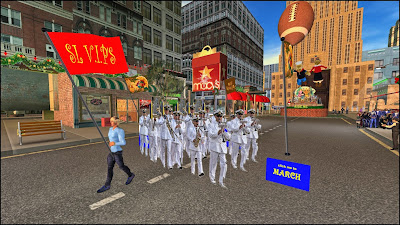 I used Windlight sky setting [TOR] MIDDAY - Nostalgika in these images, which I favor for its warm golden light and clear skies. Nostalgika comes as an option in the Firestorm Viewer. 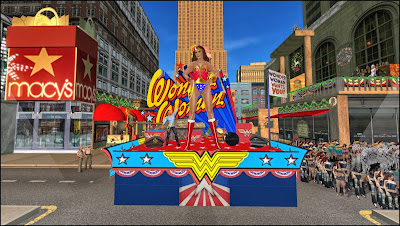 See more of my coverage of great destinations to visit in Second Life (scroll down): 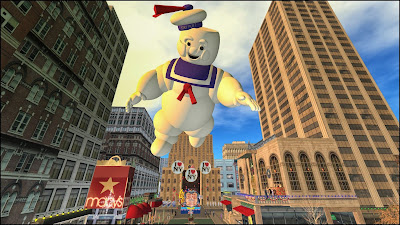 Check out Scoop It Second Life Destinations for more great places to photograph: 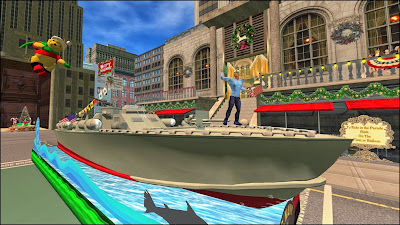 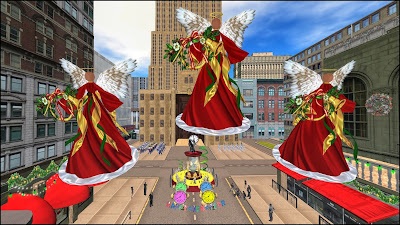 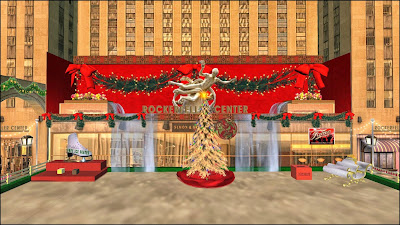 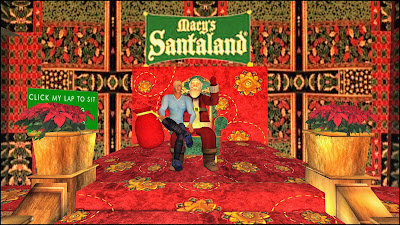