Eddi's Hot Computing tip: I Just Picked Up an NVIDIA GTX 970 Graphics Card For Only $239. It's a Great Buy 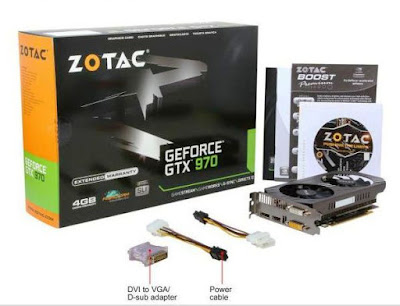 NVIDIA, the prefered makers of graphics cards for Second Life has just introduced a new line of powerful graphics cards based on the Pascal architecture -- the 10 series. The 1070 and 1080 are now out. They are superb and powerful. You can find out more about them here.

There are some incredible deals on the older 9 series graphic cards - still superb, although not as powerful as the 10 series. NVIDIA slashed the price of the older cards earlier in June.

I just picked up a ZOTAC GTX 970 for $239 at New Egg.  This card is rated at 8,661 by PassMark Software  Benchmarks. This s is a big improvement over the 4,950 earned by the NVIDIA GTX 760  I purchased as an upgrade and reviewed two years ago. I  The most recent benchmarks are shown below and can be found here: 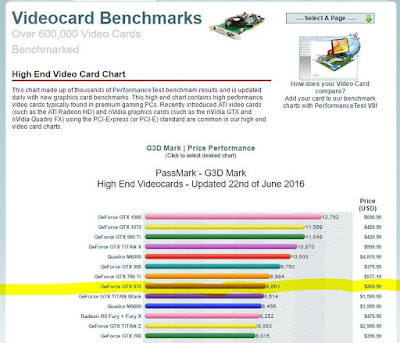 I'll let you know how the new graphic card performs after having Murji the local computer shop guy install it next week. I learned the hard way not to install graphics cards after frying my mother board four years ago and destroying my computer in the process. (Yes, I know its an easy thing to do).