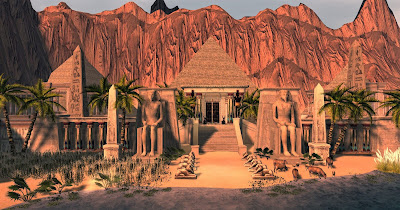 Have you ever found out about an event in Second Life that has already happened that you wish you have known about earlier?  This happened to me last week when I discovered a gorgeous Egypt build, Exodus by ExtravaDanza!, built on LEA 12.  This build was the  location for four theatrical spectaculars in April 2016 depicting the central events in the book of Exodus, the second book of the biblical Five Books of Moses (Old Testament). These spectaculars included special effects, including the  Splitting of the Red Sea -- made famous in the campy 1950's technicolor spectacular, The Ten Commandments,  This is  considered  be one of the greatest special effect scenes ever done in cinematic history. And I had to miss it -- bummer! 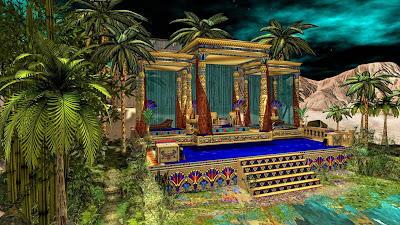 Exodus by ExtravaDanza!, is by far the greatest ancient Egyptian build I have ever seen in Second Life. Part of this is an illusion of unlimited space made possible by visualizations including backdrop mountains that are not part of the actual sim. I actually toured Egypt once and these monuments in the sand looked very much like the ancient ruins outside of Cairo, including those in the ancient city of Memphis.  The ancient temples palaces are painted vibrant colors, just as they were in ancient times. This is a gorgeous destination, and one you absolutely have to visit before it is taken down for the next round of art installations for the LEA (Linden Endowment for the Arts) land grant series, applications which are now being taken for the second half of 2016 (you can apply here). 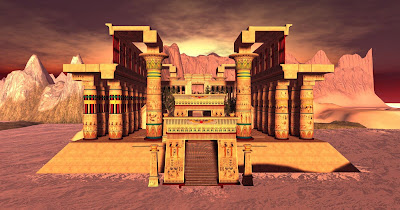 My reviews of concurrent art installations at LEA Sims that you can visit now: 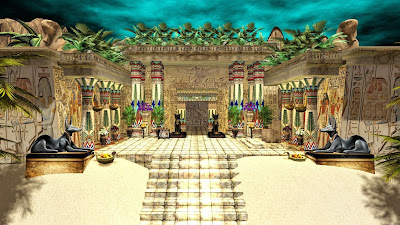 Looking for more places to visit?

To see more of my coverage of great destinations to visit in Second Life (scroll down):
http://www.eddihaskell.com/search/label/Second%20Life%20Destinations

Check out the LEA Blog for current information on art installations:
http://lindenarts.blogspot.com/ 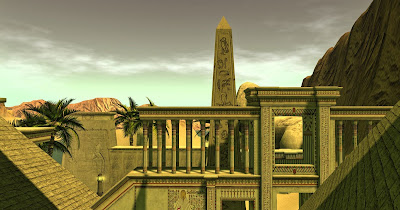 To see my blog coverage of another ancient Egypt build area in Second Life, check out my coverage of Museum Island from October 2015: 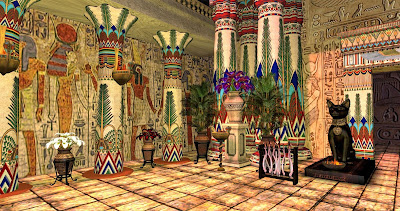 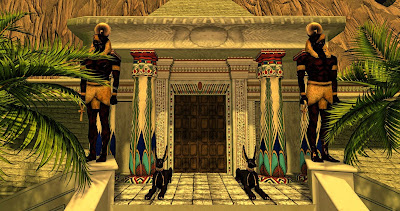 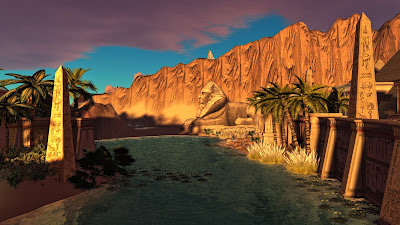 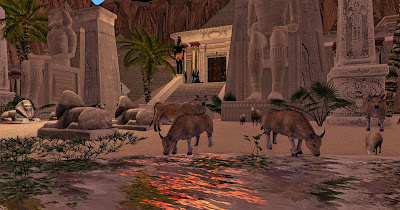 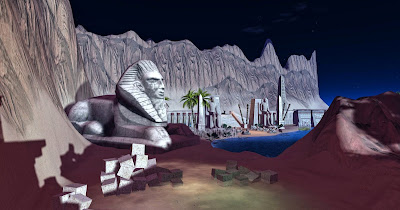