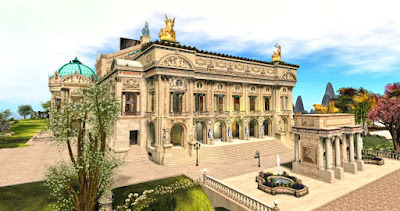 
The new Royal Opera - which is very much a virtualization of what is arguably the best known and most beautiful opera house in the world, The Palais Garnier  in Paris, opens its doors at noon SLT with a performance of Theater on the Hill's Phantom of the Opera. The Palais Garnier provides the setting for Gaston Leroux's 1910 novel The Phantom of the Opera, subsequent films, and the musical by Andrew Lloyd Webber being shown today, making it a particularly appropriate work to formally open this magnificent new structure. 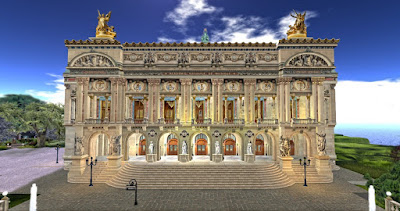 What is so impressive about the Royal Opera and Gardens, which were being completed at the time I took this "preview" photography, is the sheer attention to detail and textures.  Builder Andy Loon did a tremendous job here. This is a gorgeous build with superb artistry. I particularly liked the ceiling in the main area of the Opera House which is a reproduction of the actual 1964 ceiling by celebrated artist Marc Chagall.  The overall effect of sitting in the opera stalls and viewing upwards is stupendous, and something that anyone who appreciates good art reproductions in Second Life must see. 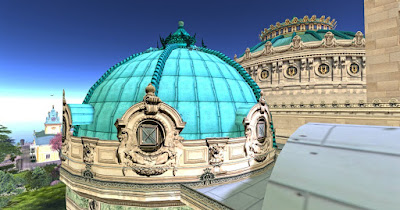 The Royal Opera and Gardens is adjacent to several of Second Life's most important cultural attractions in a multi-sim area that is sponsored by Xinoxi Han. You can catch catch links to my reviews further down in the blog post.

This is a highly recommended destination and one that I cannot recommend any higher. Please consider making a donation to help with the cost of building and maintaining the Royal Gardens and Opera when you visit:

SLurl-  (note -- this landmark may change after the formal opening at noon today):
http://maps.secondlife.com/secondlife/Oceanea/111/124/30 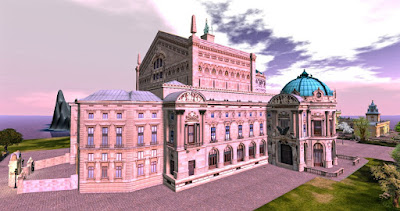 More about the actual Palais Garnier:

The opulent Palais Garnier is a 1,979-seat opera house, which was built from 1861 to 1875 for the Paris Opera.  It is as much a symbol of Paris as the Eiffel Tower, the Louvre, or Notre Dame Cathedral, and is celebrated around the world as the most famous Beaux-Arts structure ever built. The Palais Garnier is named after its architect, Charles Garnier. The Palais Garnier was the home of the Paris Opera until 1989, when the modern Opéra Bastille opened. It is now primarily used for ballet and special performances, and is preserved and offers tours as a cultural attraction. 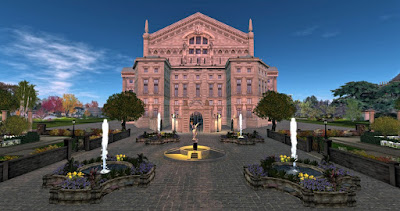 To find our more about the Palais Garnier: 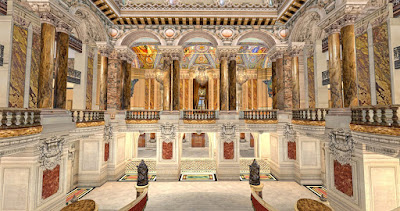 See my reviews of adjacent attractions -- on adjoining sims -- sponsored by Xinoxi Han:


Wilanow Palace - One of Poland's most important architectural treasures, and a Baroque masterpiece:
http://www.eddihaskell.com/2014/06/great-second-life-destinations-wilanow.html 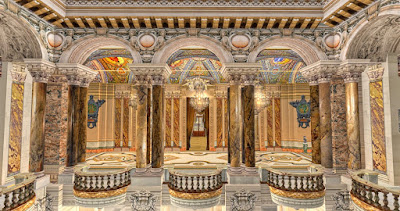 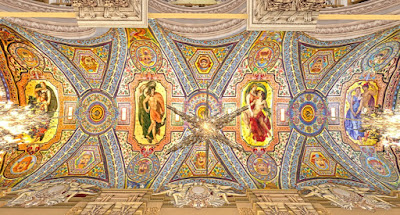 To see my coverage of great destinations to visit in Second Life (scroll down):
http://www.eddihaskell.com/search/label/Second%20Life%20Destinations 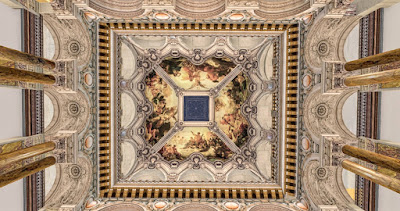 You can catch a preview of Theater on the Hill's Phantom of the Opera Performance on You Tube here:
https://www.youtube.com/watch?v=syTffVWEjD4&feature=youtu.be 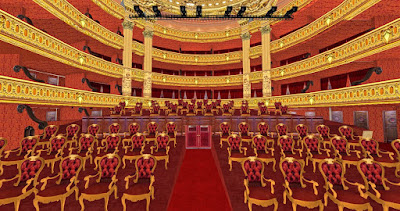 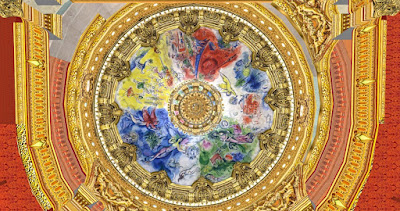