Eddi's Hot Computing Tip: This Gaming Desktop is Amazing And Is Under $1,000 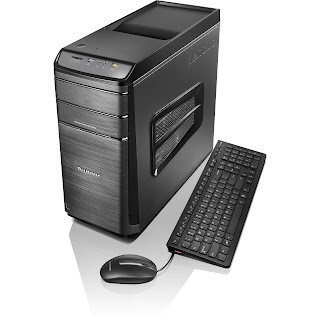 This is the time of year that I enjoy searching for deals for desktop computers for gaming -- and Second Life enthusiasts.

I am blown away by this deal for a Windows 10 Lenovo Desktop that I found on Amazon today. The Intel 1-7 6700 processor  and NVIDIA GeForce GTX 980 are among the best according to Passmark Software Benchmarks (shown below). The least expensive versions of both product would cost $790 on the Newegg discount site if purchased alone. It would be impossible to assemble this system from components at anywhere near this price. 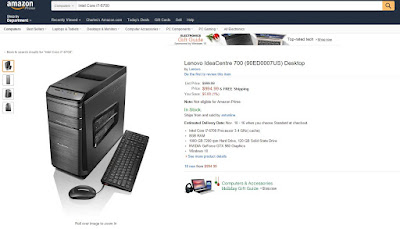 Acer Laptops for under $1000 are available with the same chip and similar NVIDIA graphics cards -- but I feel that laptops are not optimal for gaming since they overheat and cannot be easily repaired in case of motherboard blowouts.

This desktop also has 120 GB solid state drive in addition to a standard TB (1000 GB) hard drive -- which should be upgradable should you need more storage.


This gaming desktop should allow Second Life to continuously run on ultra barring any server issues- assuming you have enough bandwidth, and should handle high end games, Oculus Rift headsets, and just about anything else you want to throw at it. It should even be able to handle high end  machinima production.

I would purchase this system now -- if I needed a new Desktop (mine - with an older Intel i7 processor and  NVIDIA GTX 760 graphics is fine for now), I am simply blown away at how inexpensive high end systems are becoming.