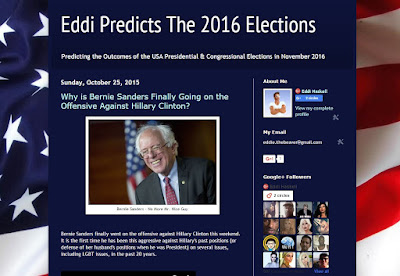 My new blog -- Eddi Predicts the 2016 Elections -- now has over 1,000 unique page views according to Google.  Visitors to the blog are counted only once in a 30 minute period, even if they read 20 articles.

I love politics, and this blog is all about the 2016 Presidential and Congressional elections set for Tuesday, November 8 2016.

My first post, forecasting a narrow Republican victory in the 2016 United States Senate Election, was published on October 2, 2015. I published 21 posts so far this month, about one a day. My latest post predicts a much more aggressive tone from Vermont's Democratic Socialist Senator Bernie Sanders as he tries to make headway against Hillary Clinton's 22 point lead in the polls.

You can catch Eddi Predicts the 2016 Elections here: 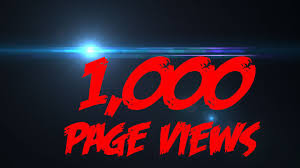