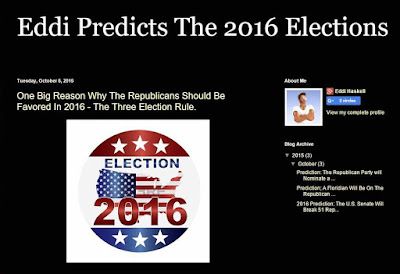 I love to follow politics and make predictions. I started a new blog, and have published 4 initial posts, on the 2016 Presidential and Congressional elections set for Tuesday, November 8 2016.

I hope to do the same with accurate predictions in 2016. Follow me to see how I do with the next election. I plan to update this blog regularly through the elections.

My new blog is located here: