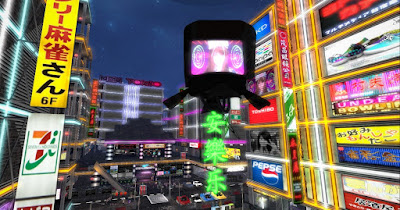 Only a handful of  cities are emerging as world cyber capitals - places where web-fueled connectivity takes center stage in providing a backbone to creative, media, and financial endeavors. In Europe, London immediately comes to mind. In the Western Hemisphere, the two major cyber capitals are New York and Los Angeles, although the San Francisco Bay Area lays claim as the source of much of this innovation. 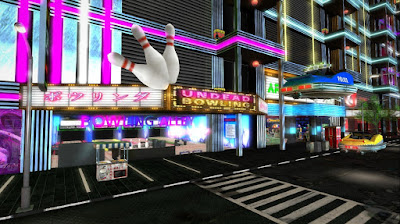 However, it is in East Asia where cyber cities are leading the charge in making this part of the world its primary economic engine. Shanghai and Hong Kong have already propelled China challenge to the United States as the world's largest single economy. However,  It is kinetic and densely populated vertical city of Tokyo -- the largest world city with 36 million people in its metropolitan area-- that comes to mind for many as the emerging world cyber capital of the future. There is no other place that I have ever visited that physically looks and acts the part. 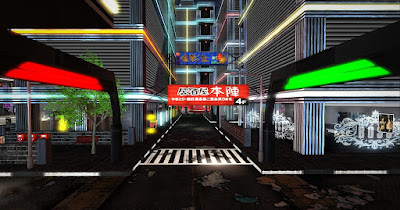 Fox Daviau's New Tokyo City is a vision of how Tokyo will look in the near future. Parts of Tokyo, particularly busy Shinjuku, look look like New Tokyo already - particularly at night. The central area of New Tokyo -- with a huge revolving video screen which I show in the first and last photographs here is particularly jaw-dropping. New Tokyo has Second Life's most impressive collection of neon signs and huge media screens -- think Times Square, New York on steroids. The overall effect here is mind-boggling and beautiful.  Anyone who appreciates great urban design in Second Life should visit. 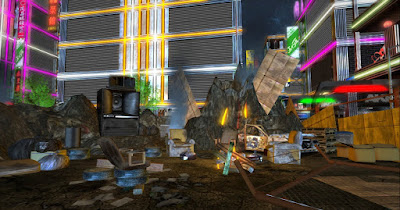 New Tokyo contains at least two large and active clubs, a bowling alley, cinemas, and other attractions. The shopping levels are already occupied by some of Second Life's largest retailers, but
but some vacancies exist. Those who are interested in store and apartment rental information should contact  Fox Daviau for information.

To visit this visionary and highly recommended destination:
http://maps.secondlife.com/secondlife/FireStorm/122/125/30


To see a current listing of more gorgeous places to visit in Second Life:
http://www.scoop.it/t/second-life-destinations

The two animated GIFs above and below were constructed  from 20 consecutive frames over at ezgif.com.