Eddi's Humor of the Day -- Never Ask The Governor of New Jersey About Birth Control Unless You Are Ready for the Answer! 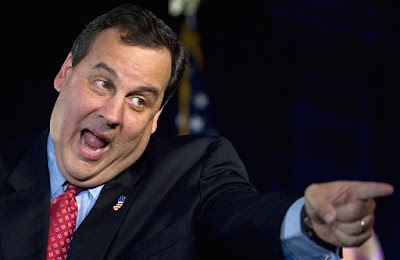 I usually do not run partisan political posts here, but this one is special.

This has made me laugh really bad since I first heard this last night.

The rather blunt talking Republican Governor of New Jersey, Chris Christie, is running for President of the United States in next year's election.

Governor Christie has a reputation for not being -- shall we say -- delicate - in his remarks. Since he is from tough-talking New Jersey, this should come as no surprise.

During a campaign appearance in the State of New Hampshire, home of the first Presidential Primary in the United States -- in February 2016 -- someone asked Chris Christie about his religion.

This comment was made at 9:30 a.m. yesterday. Americans,, especially conservative New Englanders -- the part of the United States where New Hampshire is, are not exactly known for their chattiness about sex. And certainly not at 9:30 in the morning!

Chris Christie talked about the method of birth control he prefers as a practicing Catholic.

Watch the look on the face of the guy in front of Chris Christie in the video.