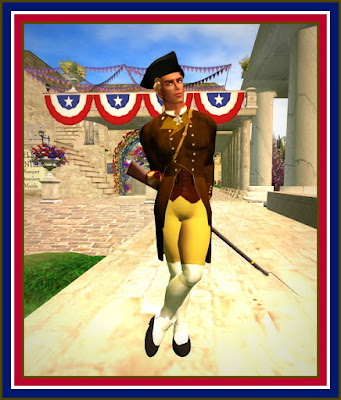 The Revolutionary War against Great Britain would continue until 1783, when both sides signed The Treaty of Paris.  The armed forces of France and Spain would help the Continental Army under Commander-in-Chief George Washington defeat the British army and navy and gain independence.

To celebrate, Ryce is dressed as a colonial minuteman carrying a musket at Regency Somerset which is all decked out for Independence Day. You can visit this region here:

You can find Ryce's costume ($300 Linden) and other historically accurate uniforms at Voltaire Boccaccio's Store on the Second Life Marketplace.

We wish all our readers a great July 4! 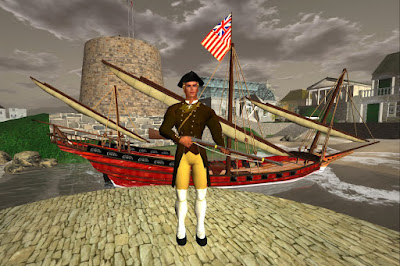 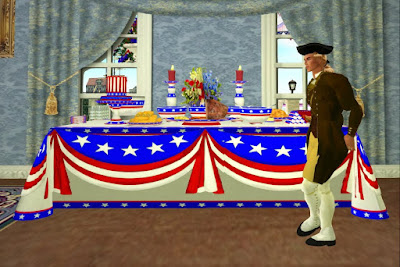