Tahiti Rae's grandly scaled and gorgeously designed  art installation which opened this week at LEA 8 -- Love, Henry-- has as its subject the tempestuous marriage of Henry VIII and his tragic queen, Anne Boleyn.  The story of 16th century english monarch Henry VIII from the House of Tudor -- and his six stormy marriages, two of which ended in the execution of a sitting Queen -- the first being Anne Boleyn, is central to the understanding of modern history. Henry wanted a healthy male heir to ensure the succession of his dynasty, and would let nothing and no one stand in his way. He ended up starting one of the first Protestant religions, the Church of England, so he would have the power to annul his own marriages independent of papal authority by doing so.


Although Henry never did get a healthy male heir from his marriage to beautiful and aristocratic Anne Boleyn, he did father the princess whom  many scholars consider to be greatest English monarch of all time with  her-  Queen Elizabeth 1. Perhaps if he knew this at the time, he would have been more kind to her. He would go on to charge Anne with adultery and treason, and order her beheading in the Tower of London. Many historians have come to the conclusion that Anne was set up by enemies in Henry's inner circle. Anne proclaimed her innocence and her undying love for Henry throughout her ordeal.


Love, Henry explores the relationship between Henry and Anne on a personal, individual level and draws the viewer in with interactive elements in presenting a fresh outlook to one of the most highly charged and misunderstood  love affairs of the last millennium. When visiting, you will  arrive in a skybox with huge portraits of Anne and Henry. You can read more about the installation, and get complimentary period costumes to wear here.. You then teleport to the second level of Love, Henry -- a magnificent  and beautifully constructed Tudor Library which, by itself, would make for a great Second Life attraction. You can learn about the tragic life of Anne Boleyn, vote on controversial issues, and leave personal notes. This is all part of the interactive experience that Tahiti Rae has created. 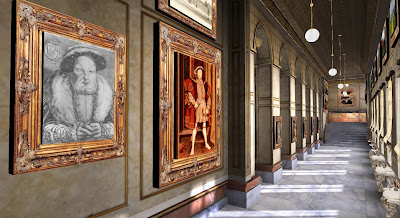 After exploring the Tudor Library, you can teleport down to the main level of the art installation. which has a large and very well designed gothic cathedral as its center. The cathedral is surrounded by beautiful gardens, mazes, fountains, and outlying structures that keep with the 16th century Tudor-era theme. Make sure to explore the interior of the cathedral to learn more about the Love, Henry story. This is also simply a nice place to relax and take photographs-- it is one of the best English gardens and period I have seen to date in Second Life.

There will be a grand opening event on August 23, 2015 at this location. 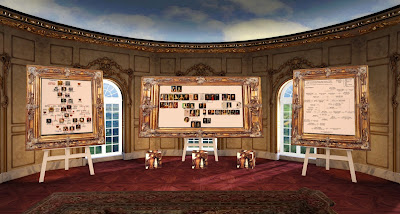 For additional coverage of Love, Henry check out the following blogs:

Linden Endowment of the Arts for an excellent introduction by artist Tahiti Rae:
http://lindenarts.blogspot.com/2015/07/love-henry-by-tahiti-rae-lea8.html

To find our more about Henry VIII and Anne Boleyn:

The sexy and well received 2007 - 2010 cable television series The Tudors, which starred Irish actor Jonathan Rhys-Meyers as Henry VIII and Natalie Dormer as Anne Boleyn focused on their tragic marriage in the first two of its four seasons. You can rent or purchase the series and catch a preview on Youtube:
https://youtu.be/E3G-lBRMaFE

A well known film 1969 period drama, Anne of the Thousand Days, stars Richard Burton and
Geneviève Bujold. The film won an Oscar for best costume design, and earned 9 Oscar nominations You can watch a  poor quality version of it on Youtube here, or rent a better version:
https://youtu.be/to3-WN8qvJU 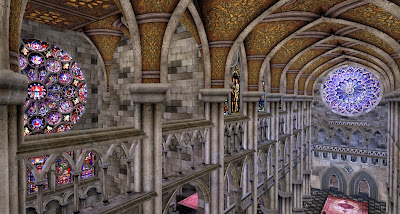 Tahiti Rae has a Second Life Marketplace store called A Woman's Touch which you can visit here:
https://marketplace.secondlife.com/stores/168035?

To see a previews of 20 full sim art installations that will be opening for the July - December 2015 Artist-In-Residence grants at LEA (The Linden Endowment for the Arts):
http://lindenarts.blogspot.com/2015/07/round-9-lea-air-grants-what-are-they.html

To see a current listing of more gorgeous places to visit in Second Life:
http://www.scoop.it/t/second-life-destinations 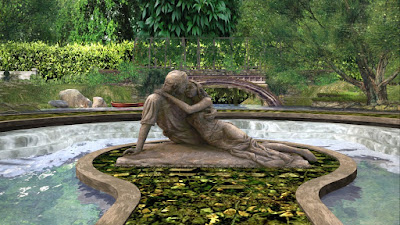 
The images below were photographed  at several locations on the ground level of Love, Henry,  feature Mary (Merril Baxton) as Anne Boleyn and Ryce Skytower as Henry VIII.


A short overview of King Henry VIII, Anne Boleyn, and their daughter, the great Queen Elizabeth 1 of England. Alternative versions of this history are do exist and make for interesting subject matter.

Henry VIII is an attractive and energetic King of England. As he grows older, and substantially larger and less healthy than his athletic youthful years, he is determined to have a male heir to the throne. He defies all convention and personally annuls the arranged marriage to his first wife, Spanish Catherine of Aragon, for not producing a male heir. He ignores the powerful Pope and King of Spain by doing so, and forms a Protestant religion with himself as head. It is now time for Henry to take a new wife who will become his Queen, and hopefully give him a son. 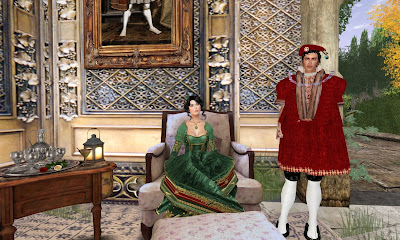 Henry finds his second wife, Anne Boleyn, whom he knows from royal court as a vivacious member of the aristocracy.   Henry admires Anne's beauty and wit, and was truly in love when he marries her.
However, Henry is dismayed that Anne's daughter Elizabeth is her only child to survived infancy. Elizabeth's two younger brothers would be miscarried and stillborn. Henry blames Anne for the tragedy. He annuls his marriage a second time.

Henry waits for pensively for Anne in her bedchamber. He accuses Anne of adultery and he orders her execution. Anne eventually loses her head at the scaffold Tower of London. Henry would go on to take four more wives, brutally executing one more wife, Catherine Howard. One sickly son was finally born to his third wife, Jane Seymour, who would die soon after as a result of complications from the delivery.  This Prince would later reign for 6 years, from the age of 9 - 15, as the boy King Edward VI. Henry's subsequent three marriages would not produce any children at all.


Henry does not know that Annes daughter would go on to eventually succeed Edward VI and reign for 44 years as the majestic Gloriana, Queen Elizabeth 1. Catherine of Aragon's daughter, Princess Mary, would first succeed Edward as the brutal Queen Mary 1 -- earning the sobriquet "Bloody Mary" for ordering the executions of over 280 Protestants, most of whom died being burnt at the stake, in a violent attempt to bring England back to the Roman Catholic faith. Mary's death in 1558, and the ascension of her popular Protestant half-sister Elizabeth was widely celebrated throughout England.


Many scholars consider Elizabeth 1 to be the greatest monarch in English history. England would emerge as a major world power under her reign, and begin the exploration of North American lands that would later become The United States of America and Canada. The arts and sciences, including a young William Shakespeare,  would flourish under her reign.  Anne Boleyn's momentous marriage to Henry is now recognized and celebrated as a result.