SCOTUS Says Yes To Marriage Equality! Headlines From Around the World 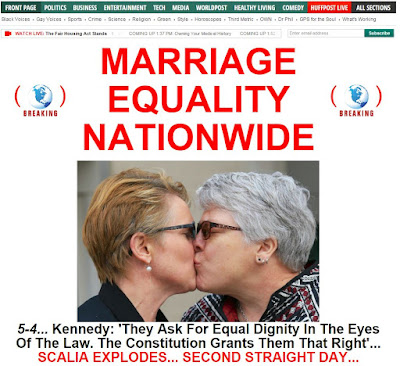 The Supreme Court of the United States (SCOTUS), in a 5-4 decision written by Republican Justice Anthony Kennedy, and backed by the 4 justices from the Democratic Party, has just ruled that there is a constitutional right to marriage equality.

The decision will take effect as soon as court orders are issued in several states which have up to now denied marriage equality, including Texas, Kentucky, Tennessee, Ohio, Georgia, and Michigan, which represent 25% of the population of the U.S.A.  This represents over 80 million people or the population of Germany.

You can read the opinion here. 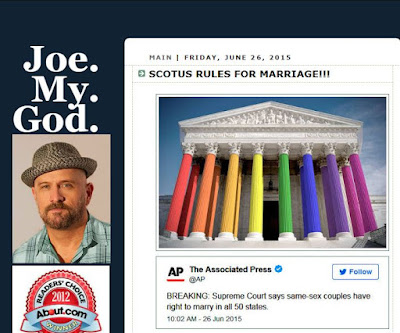 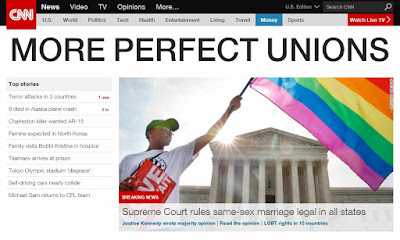 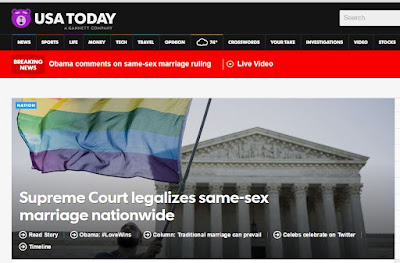 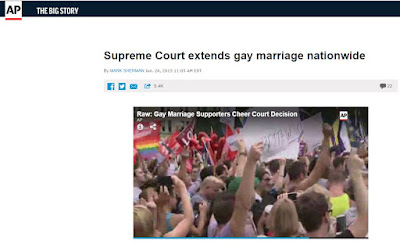 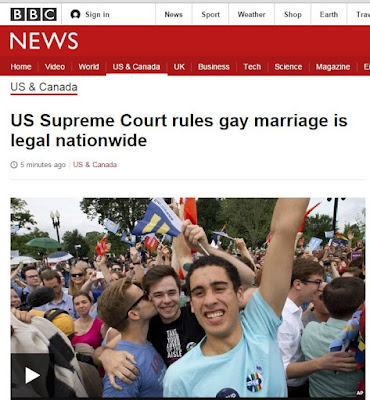 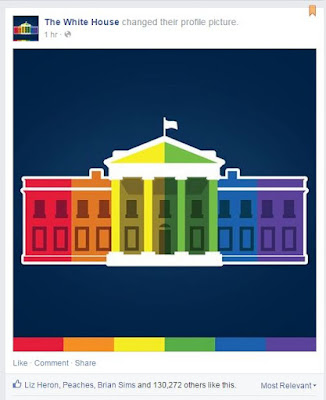 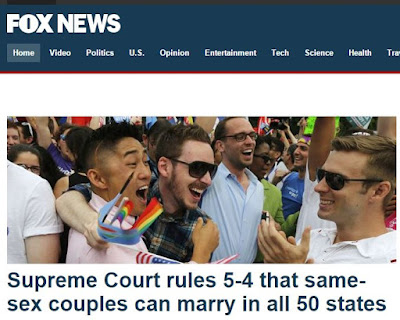 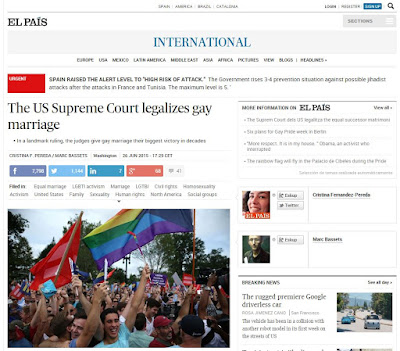 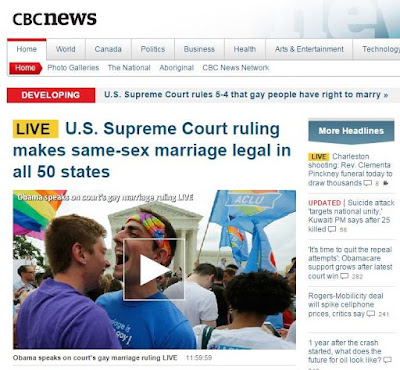 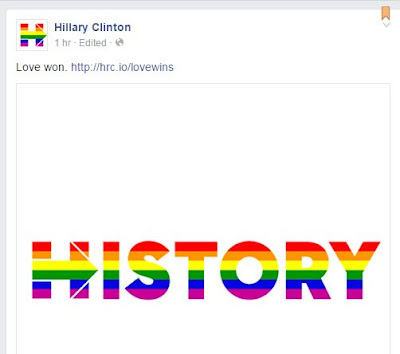 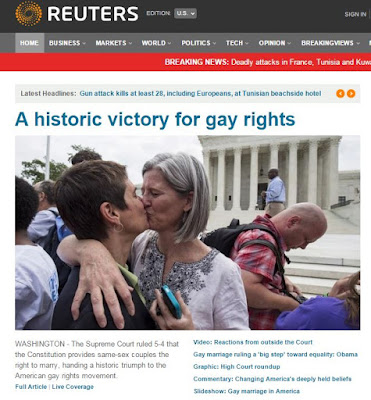