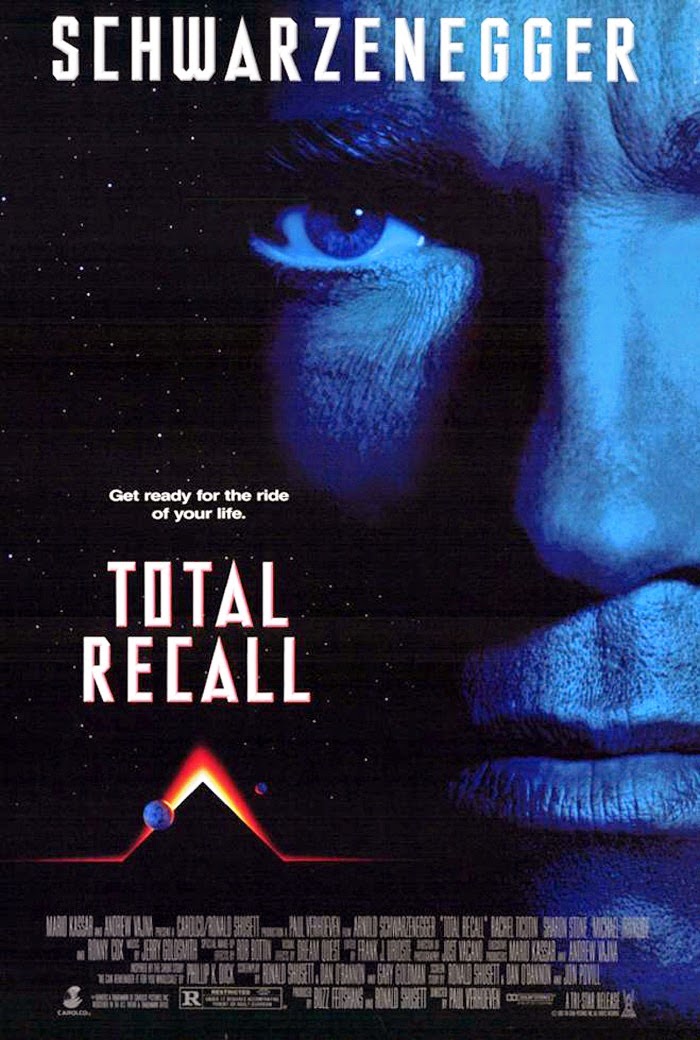 The great Science Fiction classic Total Recall, staring Arnold Schwarzenegger and directed by Paul Verhoeven opened 25 years ago today on June 1 1990. Arnold plays a construction worker who has strange recurrent dreams about a colony on the planet Mars. If you have seen the flick, you know the plot and if you have not, I am not going to  ruin it for you since this is a must-see film and one of the best in its genre.

Total Recall, together with Blade Runner and Starship Troopers (also directed by Paul Verhoeven) are three of my favorite classic Science Fiction movies.

Total Recall won an Academy Award (Oscar) for Best Visual Effects (Special Achievement Award). The film makes just about every top science fiction list, although usually not as a top-10 all time pick.

You can find out more about Total Recall over at Wiki:
http://en.wikipedia.org/wiki/Total_Recall_%281990_film%29

A remake was made in 2012 staring Colin Farrell, which I confess to not seeing.  You can find out more about the remake which opened to mixed reviews here:
http://en.wikipedia.org/wiki/Total_Recall_%282012_film%29

The late film critic Roger Ebert did a good comparison on both movies in 2012, clearly favoring the original Schwarzenegger version.
http://www.rogerebert.com/reviews/total-recall-2012