50 Years Ago Today- The Rolling Stones Release The Great Rock Anthem (I Can't Get No) Satisfaction. 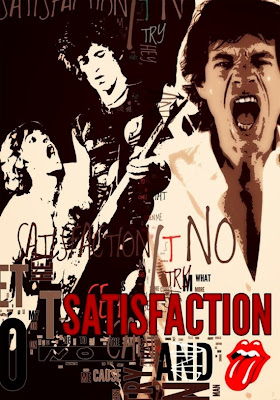 Satisfaction quickly moved to a number 1 position on the American charts. It would become gold by selling over 1 million copies in 8 weeks.  The song has become a staple at Rolling Stones shows. They have performed it on nearly every tour since its release. You can see a 2013 performance in the video below.

In 2004, Rolling Stone Magazine placed Satisfaction in the second spot on its list of  The 500 Greatest Songs of All Time.  Like a Rolling Stone, released by Bob Dylan in July 1965, was chosen as number one.

Here is a 1960's performance in high quality sound.


Here is a performance with screaming girls and a very pretty blue eyed Mick Jagger performed in living color on the famous Ed Sullivan show in February 1966.

Here is a performance from the 2013 Glastonbury Festival.  Mick Jagger and the Stones still have what it takes 48 years after the song was first released.