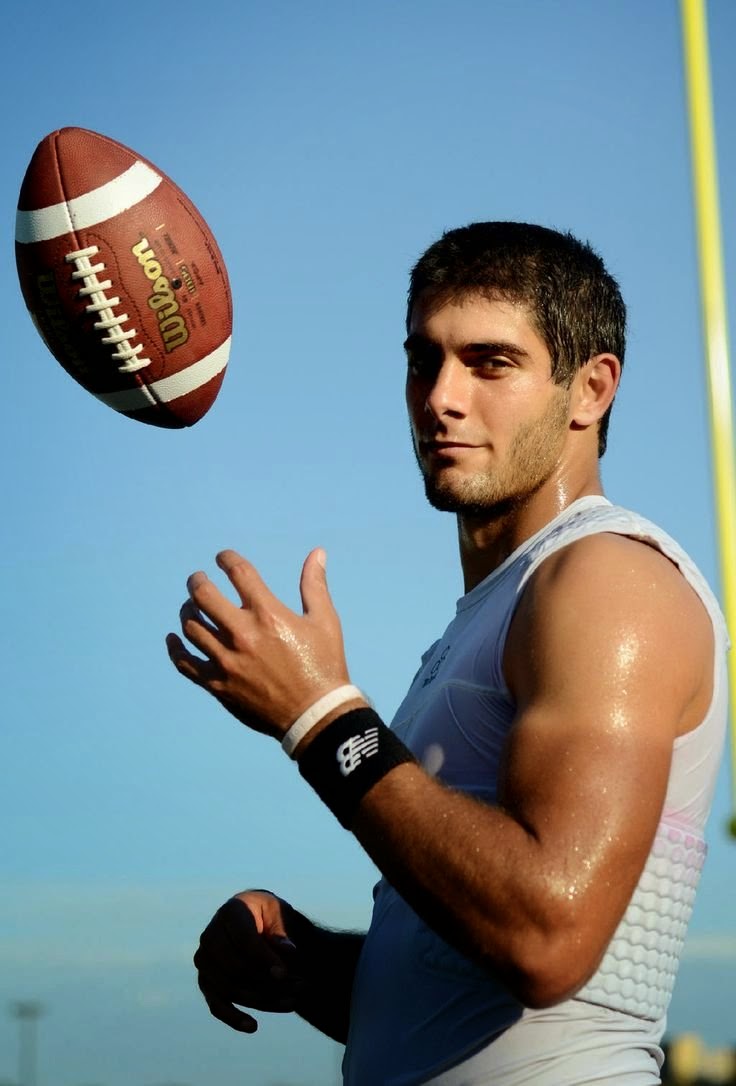 Here is what you need to know about Jimmy Garoppolo:

He comes from a tight-knit Italian American family and was raised in the Chicago area.

His nickname is The Italian Stallion.

He is 23 years old and plays for the current best team in the NFL, The New England Patriots, (Boston, Massachusetts) which won their fourth Superbowl championship this past February.

He played college football at Eastern Illinois University and was a highly recruited Quarterback.

He is seen as the ultimate replacement for 37 year old Tom Brady, one of the greatest Quarterbacks of all time, and the most famous Quarterback still active. He will be opening for New England now that Tom Brady has been put on suspension for the deflategate, scandal.

Like Tom Brady, he is ridiculously handsome. Tom Brady has been featured as the Real Life Hunk of the Week before.

He has yet to do any large modeling campaigns and product endorsements, but they are obviously coming. 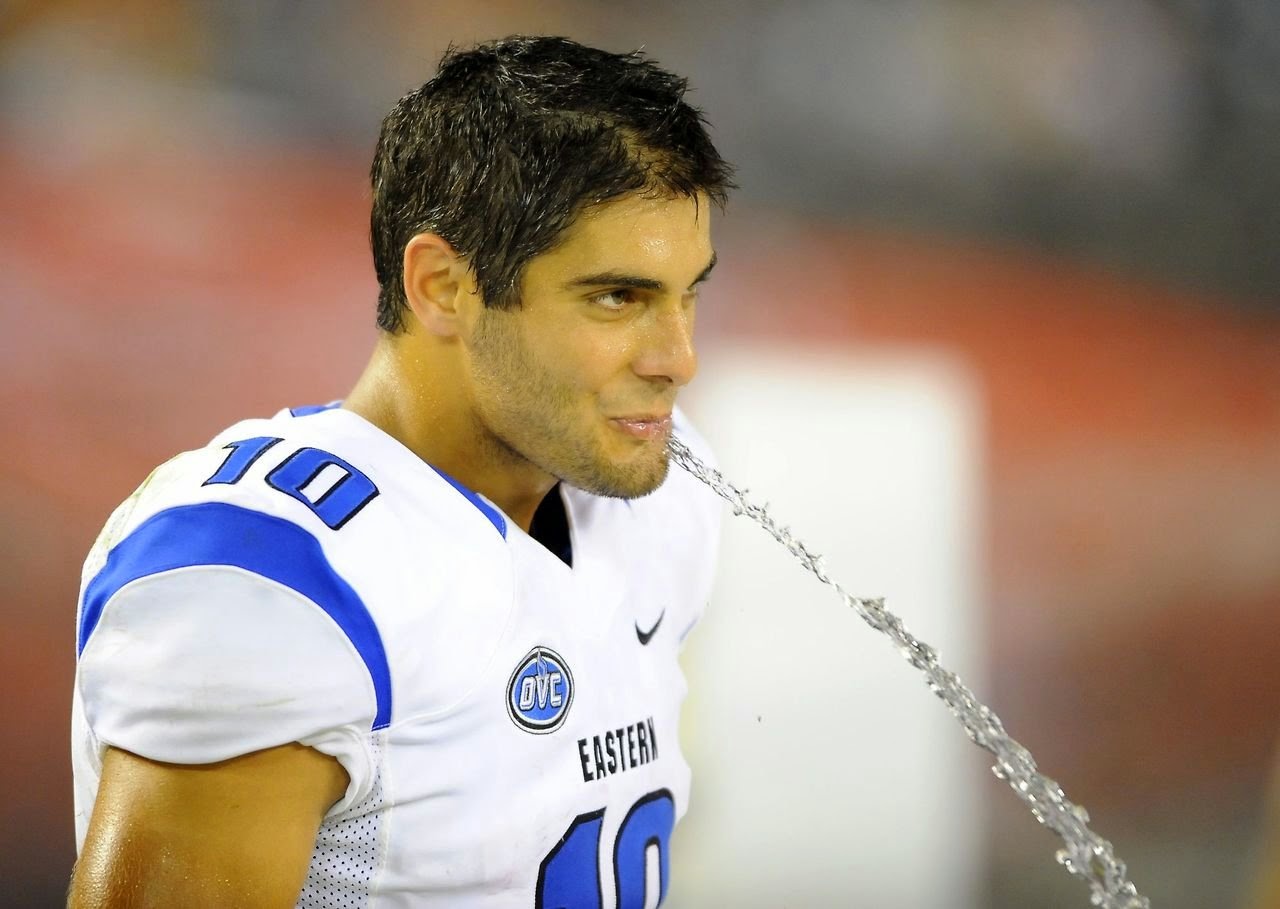 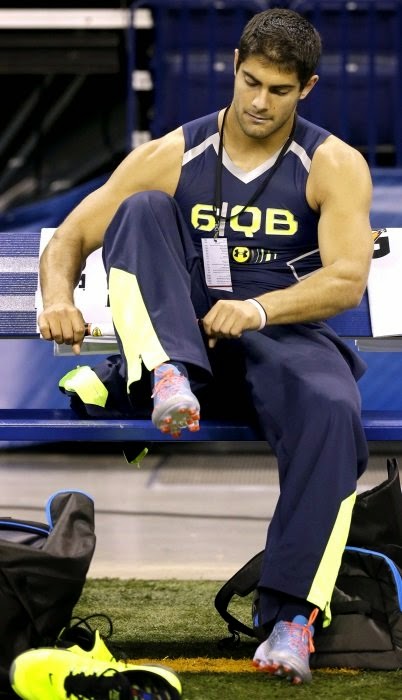 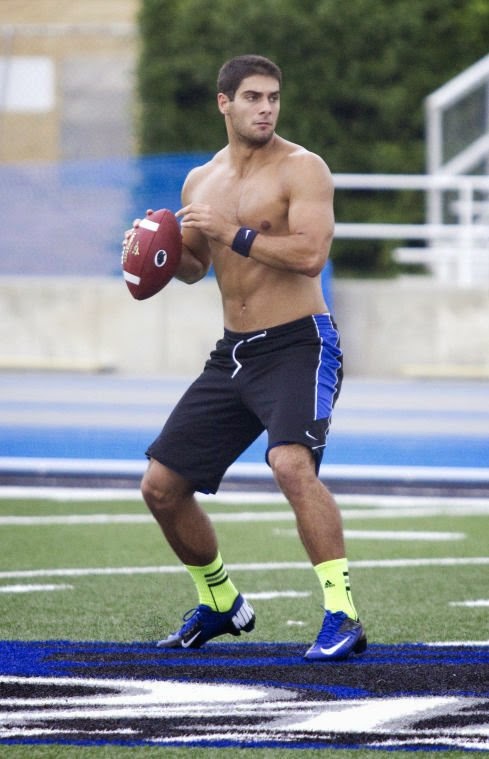 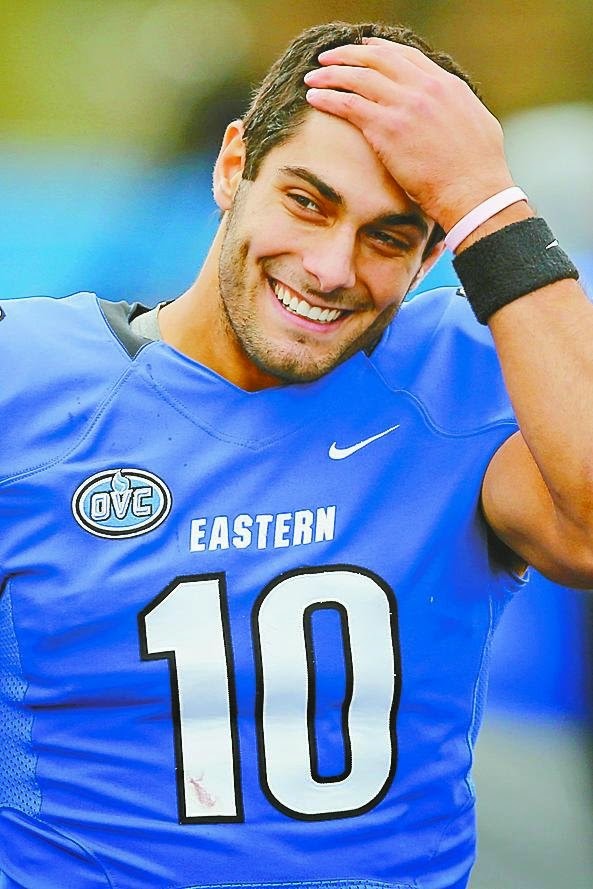 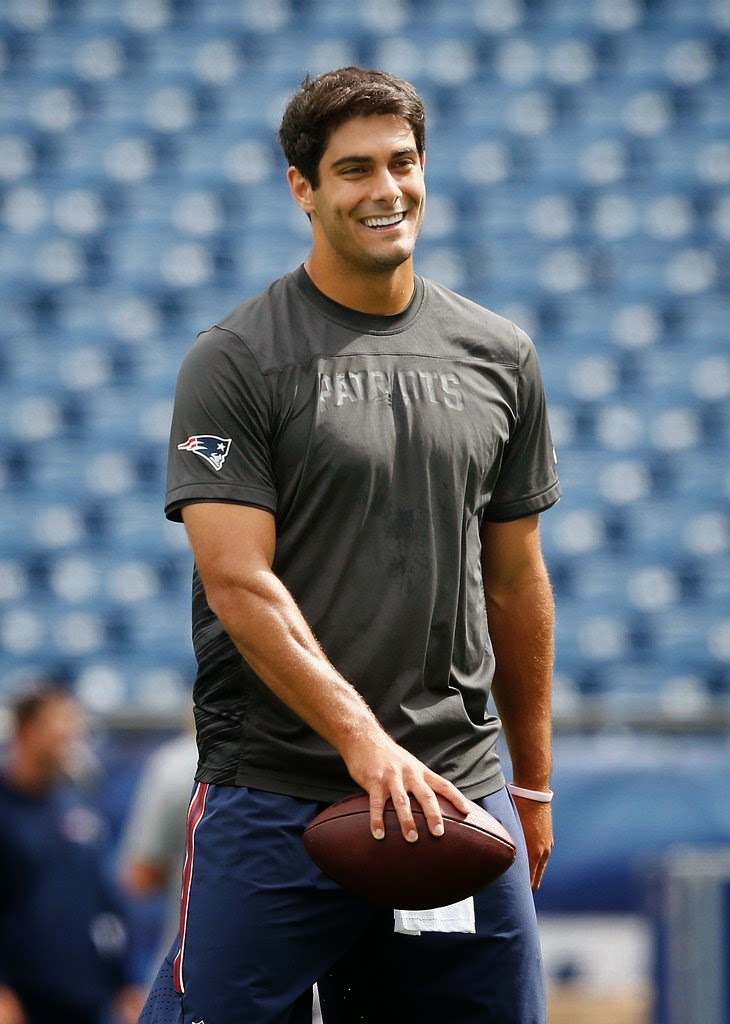 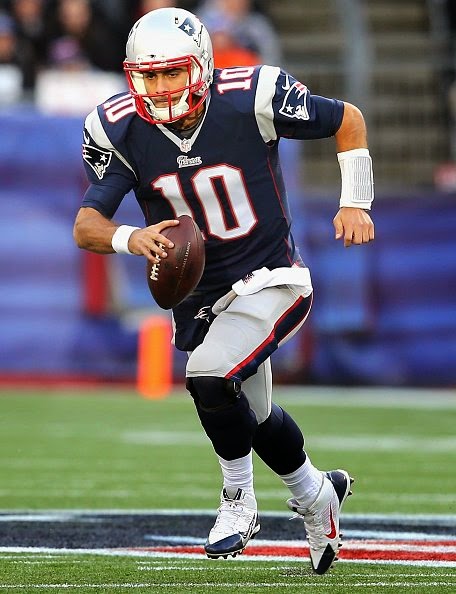 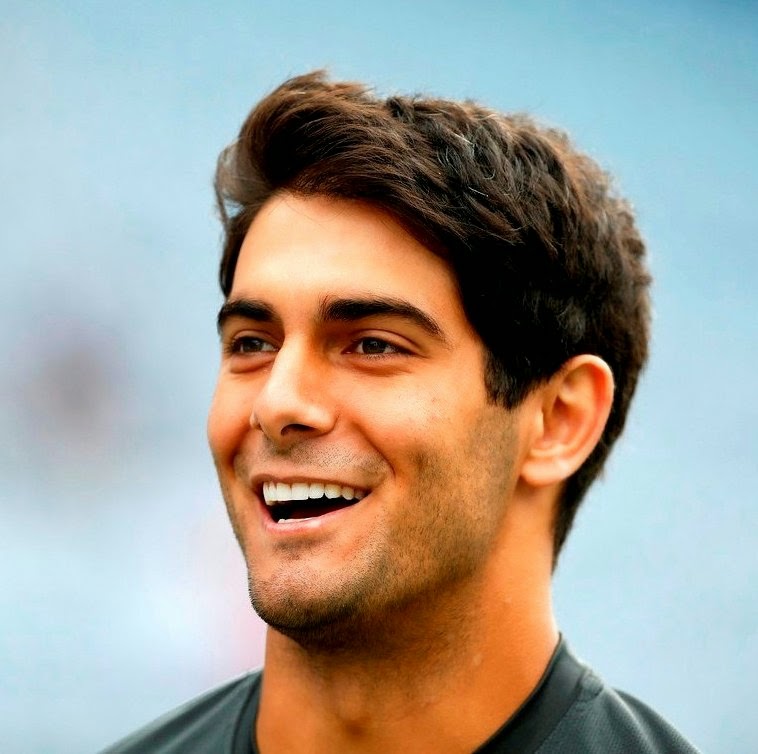 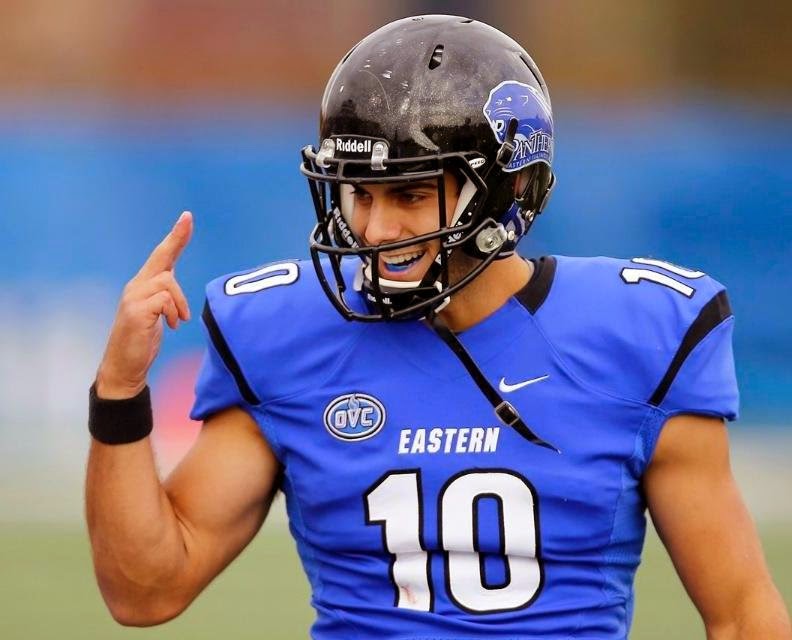 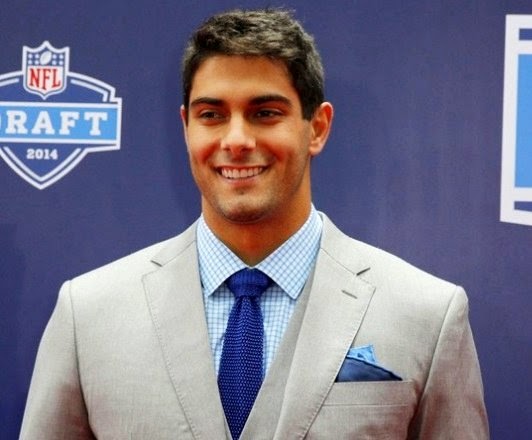 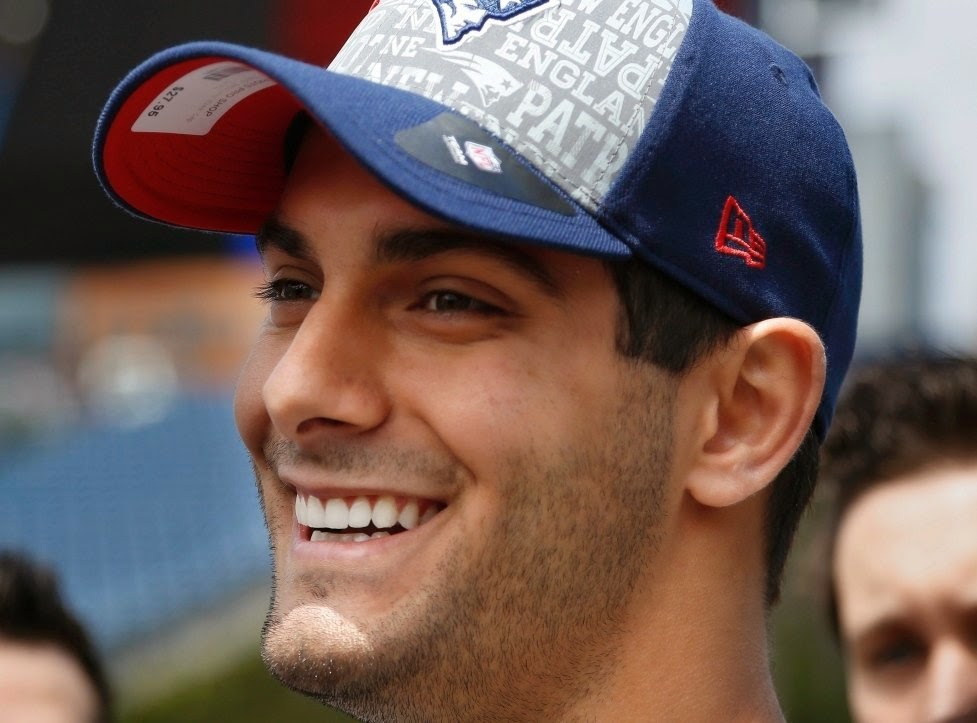 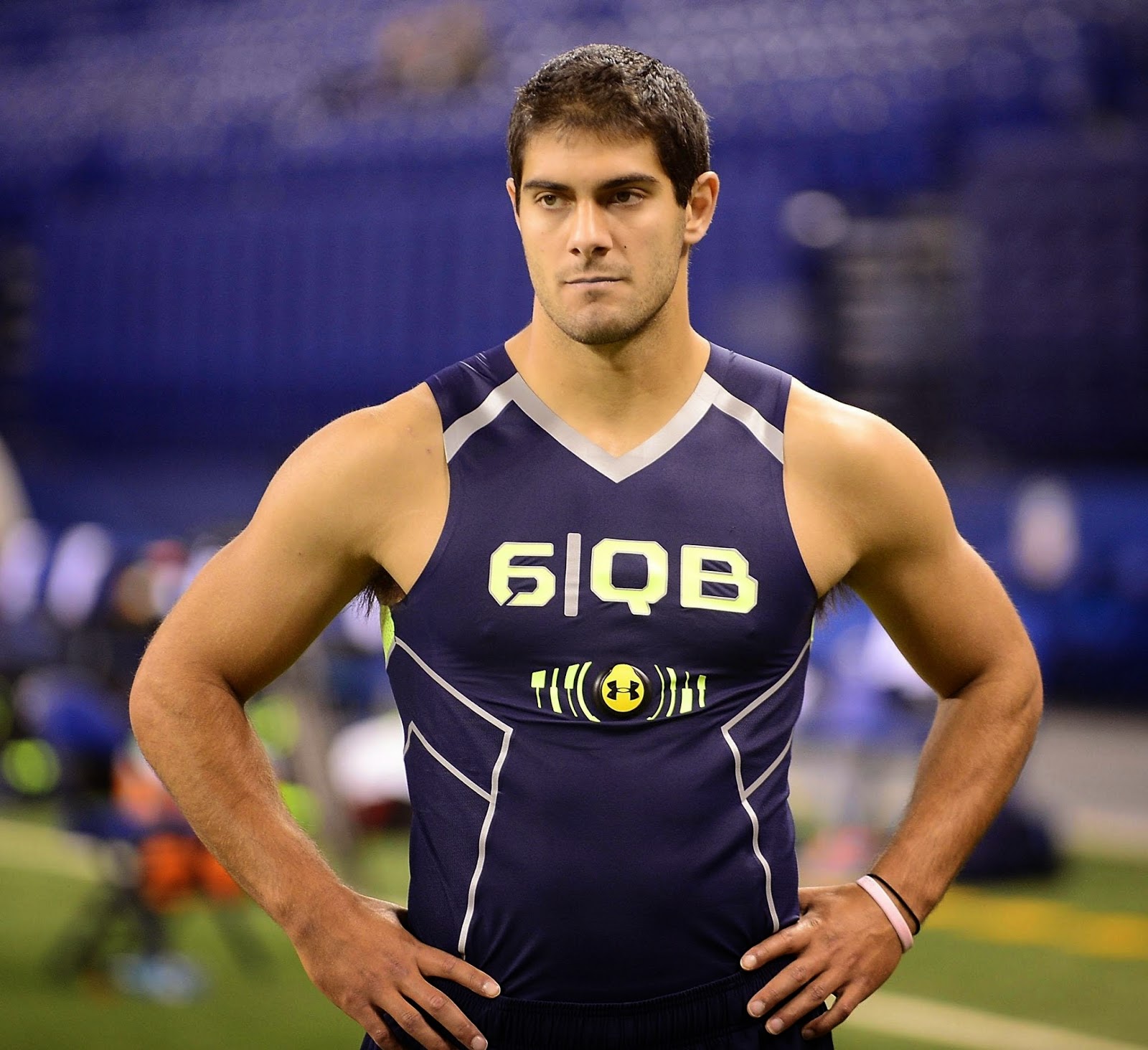 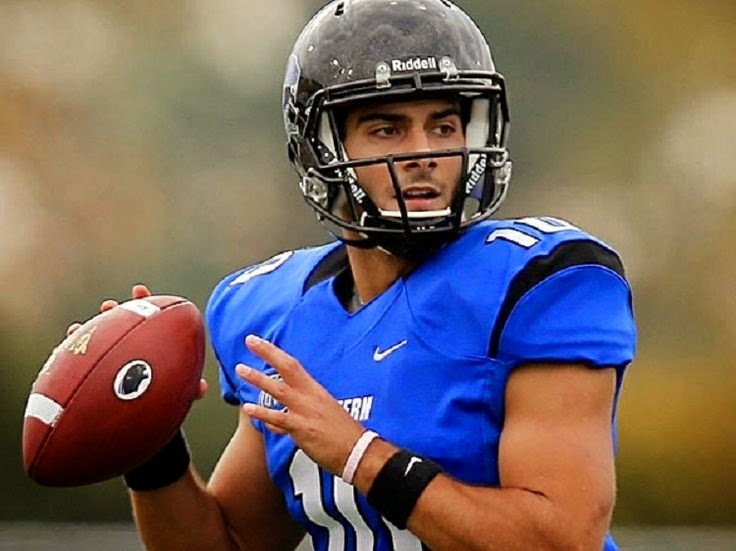