Sherlock Holmes  lived and conducted his investigations out of a studio at 221B Baker Street in London. A well appointed and interesting to visit virtualization of the studio, which matches written accounts by  the author of the series, Sir Arthur Conan Doyle, can be visited in London Mayfair.  The detailing is superb.


Although several of the items on display including an old fashioned tube radio and a modern laptop computer are anachronistic since the last year of the Sherlock Holmes series was 1914,  I thought that this added to an overall mysterious effect.  The microscope set up in the kitchen, together with various Victorian era scientific equipment is particularly well done.


221B Baker Street never existed during the lifetime of the author; Baker Street was extended in 1931. A modern Sherlock Holmes Museum with that address exists today.  221b is not actually in the Mayfair district of London, but north of it in Marylebone, a part of London I still cannot correctly pronounce despite having lived in the city for many years.


I was lucky enough to meet Mr. Holmes himself at the studio. You can see him by the fire in the animated GIF as the last photograph in this post. 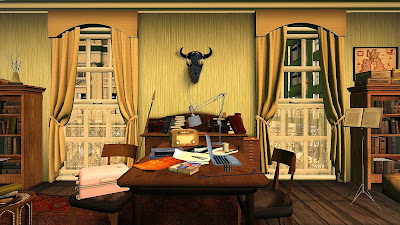 To visit this highly recommended destination, especially if you like period interior design or are a Sherlock Holmes fan:
http://maps.secondlife.com/secondlife/London%20Mayfair/107/77/22


Please note: There were two Mayfair districts in Second Life. One closed on May 5, 2015. London Mayfair, part of a London-themed region, is very much open 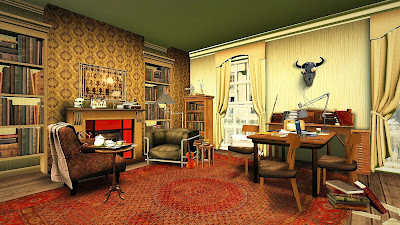 I used Windlight Sky Setting [TOR] MIDDAY - Baskaholic to get a warm golden light and antique burnished glow in these images.  This Windlight effect  comes standard in Firestorm and some other viewers. 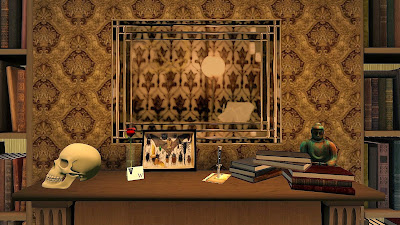 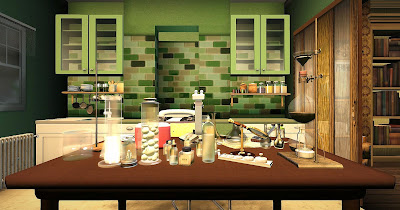 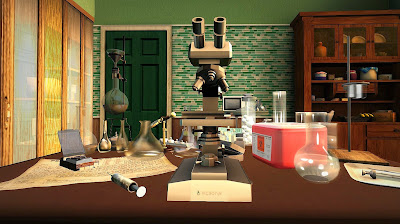