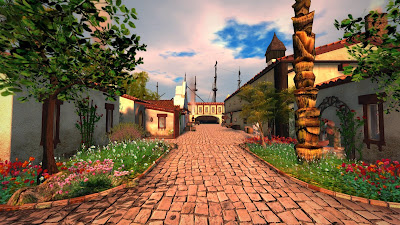 Pirate's Destiny bills itself as a "9 sim pirate role play and sailing estate based in the early 1700s"  I found this to be a significant understatement. For one thing, the central town of Nassau is one of the most beautiful planned communities of any kinds in Second Life. The constructions looks quite modern and reminded me of a 5-star Caribbean Resort.  The photograph above can give you some idea of the villas including the magnificent example below, plantings, and fountains that make this a town such a nice place to visit -- and perhaps make as your home. 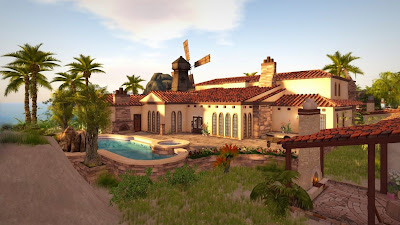 I am not sure if dressing as a Pirate or a Bar Wench and engaging in serious role play is necessary for living here. Role play is something I am terrible at, I tried being a musician once at the Vampire-infested city of Venexia and got in trouble for telling someone to bugger off (not in those words) when he asked if he could bite my neck and drink my blood which was his right to do so. But I did notice some spectacularly dressed residents patrolling the town, especially around the two well done pirate ships which line the town's busy harbor. 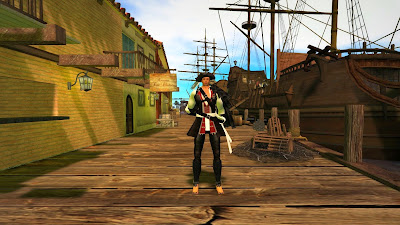 Next to the town of Nassau is a very well done fort, loaded with cannon ready to shoot at some passing galleon. Simply exploring this fort, and seeing the accompanying 9 regions of Pirate's Destiny was a great treat. I staying in the central town of Nassau and cammed out to other sims to take these images; the level of detail and design was consistently excellent around the entire 9 regions. 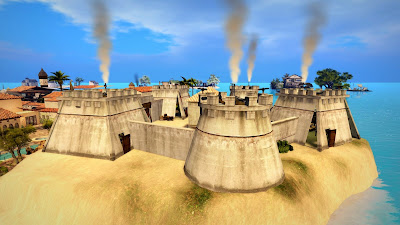 Pirate's Destiny is a pleasure to visit and shows how far virtual design has developed. This SLurl will take you to the center of the town.  I highly recommend a visit, even if you just want to see some of the most attractive landscaping ever done in Second Life. 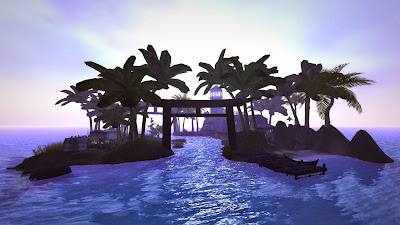 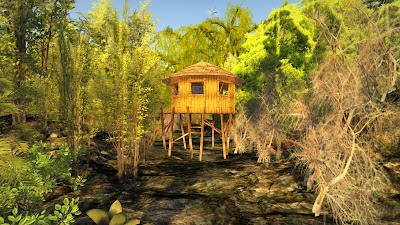 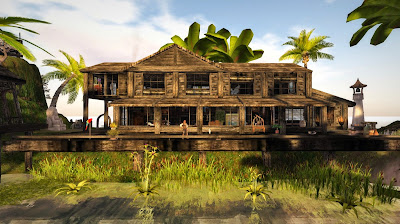 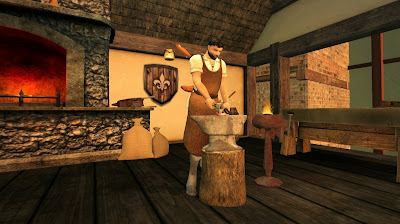 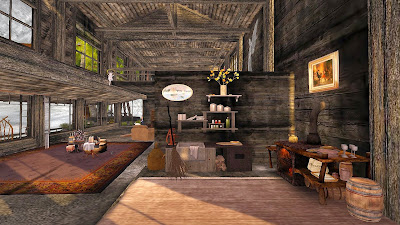