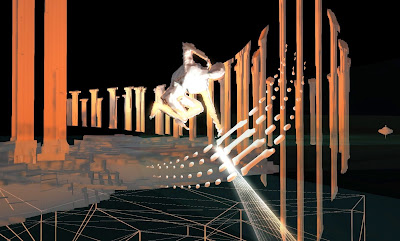 Giovanna Cerise is one of Second Life's premiere multimedia and environmental artists. Her exhibits are widely anticipated by the art viewing public. Benja and I attended the opening of Giovanna's latest art installation, The Eternal Suspense, over at LEA 21 (Linden Endowment for the Arts) on Friday afternoon. The opening had a large crowd as is to be expected; I noticed other well known Second Life artists in attendance including Bryn Oh and Haveit Neox. I am showing photography from the opening below. 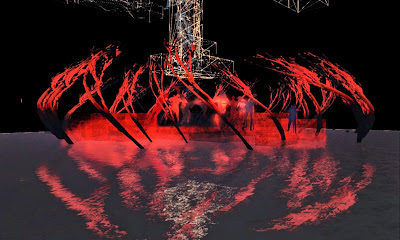 Giovanna writes that The Eternal Suspense is inspired by Friedrich Nietzsche's early work The Birth of  (Greek) Tragedy, which was considered to be highly controversial at the time of its issue (1872). Nietzsche, whose reputation suffered greatly at the time of the Second World War due to what is now thought of as unfair associations with Nazi and far right-wing thought, is now considered to be one of the foundational writers and philosophers of modern thought. One of Nietzsche's concepts that resonate today is that our view of "art" (and one assumes media) can be extended to how we view our lives, something which many Second Lifers already take for granted. 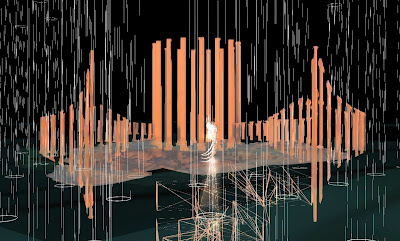 Now, getting back to The Eternal Suspense after digressing about the relevance of Nietzsche to modern times,  Giovanna writes the following which I find interesting:

The Birth of Greek Tragedy which highlights, among other things, that the history of ancient Greece is an interplay between the Apollonian and the Dionysian. (Nietzsche) flips the classic interpretation that Greek art is essentially Apollonian, thus expression of balance, harmony and measure. He also highlights another aspect of Greek civilization, the one linked to Dionysus, the Greek god symbol of chaos,of orgiastic drunkenness.

You can continue over at Giovanna's Blog
http://giovannacerise.blogspot.com/ 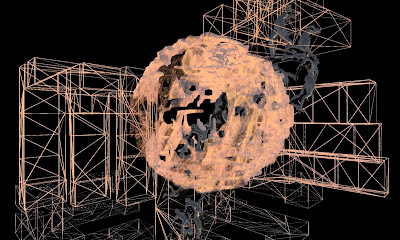 The Eternal Suspense is a tall art installation, you will need to fly up to appreciate its full dimensions of this amazing work. Notice how each of the human shapes is pulling their counterparts up to greater heights. You can view this work against a black background or against the setting sun as I show below:

The installation  is open through the end of June 2015.   Giovanna recommends that you view the installation in Sunset, which is the Windlight Setting I used in there images. I highly recommend you visit. 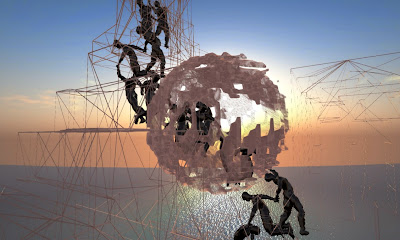 Giovanna's write-up of The Eternal Surprise can be found over at the LEA blog:
http://lindenarts.blogspot.com/2015/05/lea-21-eternal-suspense-by-giovanna.html


Ziki Questi  has a good review over at her blog:
http://zikiquesti.blogspot.com/2015/05/the-eternal-suspense.html 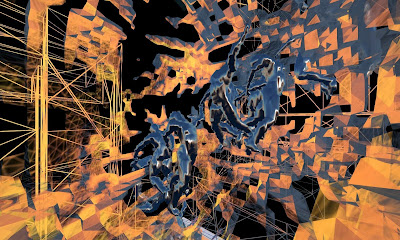 Giovanna had two recent art installations which I greatly enjoyed visiting. Although they are no longer being exhibited, you can see my blog posts for photography and further information.

Line over at Otium from April 2015:
http://www.eddihaskell.com/2015/04/great-second-life-art-exhibitions.html

In November 2014, Giovanna exhibited Chaos over at LEA 21  which was one of the highlight exhibits of the year:
http://www.eddihaskell.com/2014/11/great-second-life-art-installations_20.html

This animated GIF was constructed at  gifmaker.me  from 18 individual frames:

Photography from the Opening Event on May 15 2015: 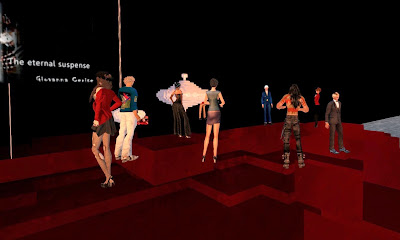 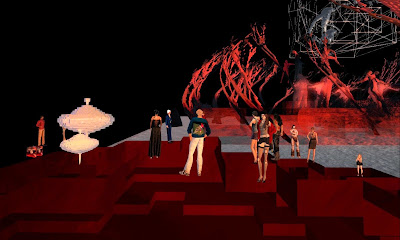