On The Day 150 Years Ago: The U.S.Civil War Effectively Ends When Confederate General Robert E.Lee Surrenders at Appomattox


The brutal American Civil War, which started 4 years earlier at Fort Sumter South Carolina, effectively ended 150 years ago today on April 9, 1875 at a farm house in the town of  Appomattox Court House in Virginia. Congress would formally declare the war over the next month. Confederate General Robert E. Lee, head of the Army of Northern Virginia and Commander of the Confederate Armies, surrendered to Union General Ulysses S Grant.Grant would go on to become President in 1868.

The Civil War had been particularly brutal. Over 630,000 deaths and 1,000,000 other casualties had devastated a nation which only had 10% of the population as it had today.  Fears were that many Southern soldiers would not stop fighting but would continue guerrilla war against the north with the support of a hostile population. 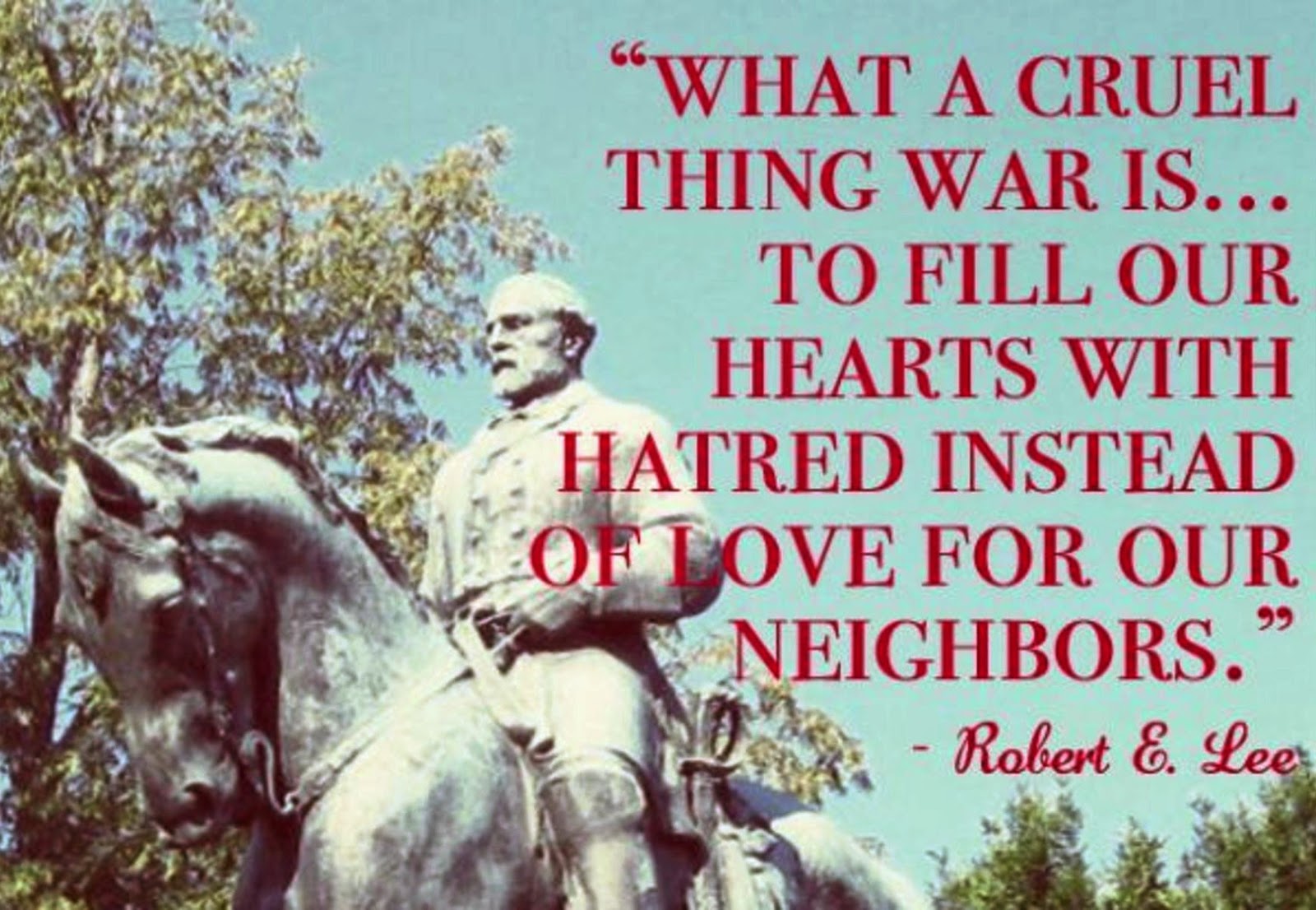 Virginia's Robert E. Lee was considered the greatest military leader in the entire United States before the war began in 1861.  He was superintendent of the U.S. Military Academy at West Point, and was a hero to many.  His handsome bearing and stature were every bit a general. The North tried to get him to stay in the Union Army, but he would not. His first loyalty was to his native state of Virginia, and he commanded an army against Northern generals who were here his friends and compatriots.

Lee was given very generous and honorable terms of surrender.  No charges of any kind were filed against him, and his starving troops were fed that day, and treated well by the Northern armies. Lee
played the role of peacemaker and encouraged this men to go back to their homes and rebuild their lives. He let them know in a famous last address that they waged a good fight despite being outgunned and outnumbered.

Lee was also pleased with the end of slavery, writing  "So far from engaging in a war to perpetuate slavery, I am rejoiced that slavery is abolished. I believe it will be greatly for the interests of the South." He would continue to urge reconciliation on both sides, and would go one to become the President of Washington and Lee University in Virginia. 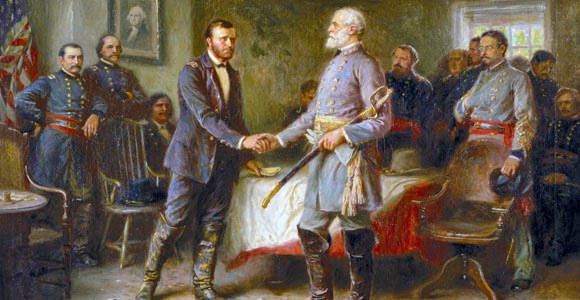 Lee is still revered in the United States, both north and south, but particularly in his home state of Virginia and in the United States Army, in almost mythical proportions. His conduct and bearing when he signed the surrender document 150 years ago contributed greatly to his reputation.

The President of the United States, Abraham Lincoln, who is known today as the individual who kept the Union together and ended slavery, and ranked as one of the three greatest Presidents together with George Washington and Franklin Roosevelt (FDR), would die from an assassins bullet 6 days later, on April 15, 1865.

To find our more about the surrender at the Appomattox Court House:
http://www.nps.gov/apco/the-surrender.htm