I am an aviation buff and love Natascha Randt's aviation videos. Natascha goes other great work, such as her recent machinima filmed at Frisland Island, a destination which I like to review seasonally. most recently in Spring colors in March 2015. However, it is Natascha's aviation machinima which I enjoy the most because of their incredible realism.

Natascha's most recent machinima, simply entitled P-38 Refueling Scene, is short and stunningly realistic. The Lockheed P-38 Lightening was one of the United States's most feared fighters during the Second World War. It's unique twin-boomed design gave it the nickname of der Gabelschwanz-Teufel (the fork-tailed devil) by the German Luftwaffe. 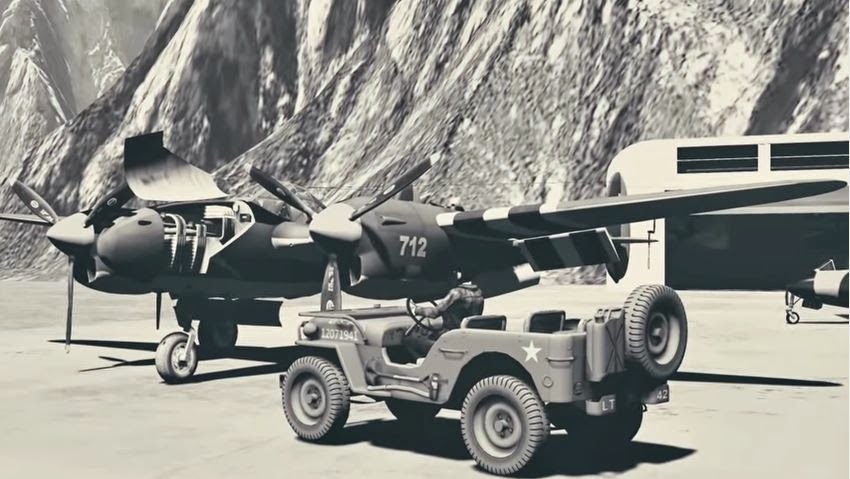 You can actually smell the petrol used to refuel the twin propeller engines in this machinima, and feel the rush as wing as the P-38 takes off the landing strip. Natascha's simple black and white photography adds to the realistic atmosphere.

To see my recent review of another realistic aviation machinima by Natascha on the classic Russian Antonov AN-2 biplane:
http://www.eddihaskell.com/2014/11/masterwork-machinima-antonov-2-startup.html