Classic Cinema: The Iconic Easter Movie with Judy Garland and Fred Astaire ends with the singing of "Easter Parade". 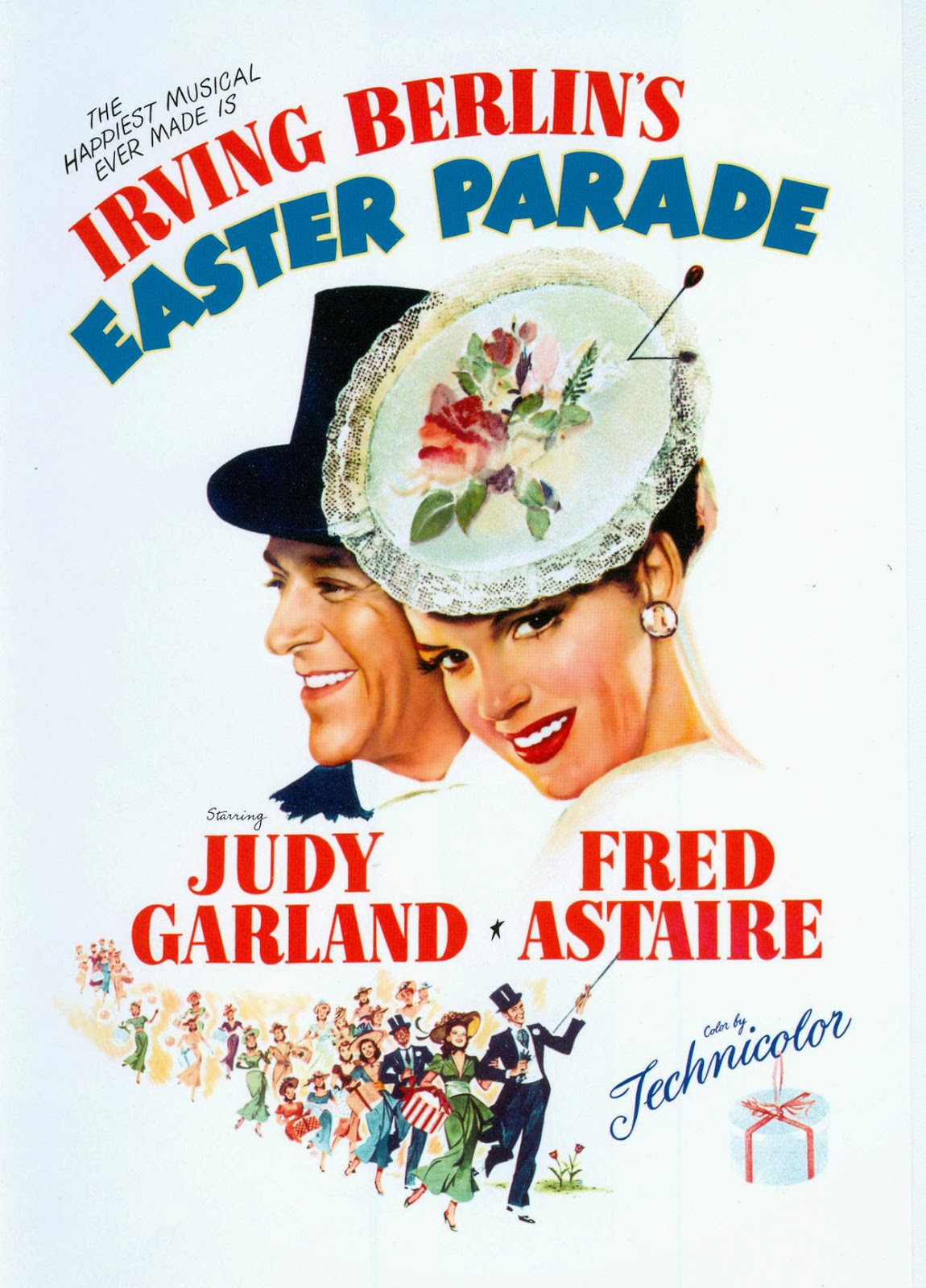 The magnificent movie for today, Irving Berlin's Easter Parade starred two of the biggest draws of 1948, Judy Garland and Fred Astaire, who came out of retirement to make this film. Easter Parade won the 1948 Academy Award for Best Original Music Score, and is particularly remembered for it's feel-good closing song, also named Easter Parade, which Irving Berlin first wrote in 1917.

It is a testament to the United States of America that Irving Berlin, a Jewish immigrant from Russia whose family arrived in New York in 1893, is it's most acclaimed song writer. What is even more remarkable is that Irving Berlin never had any formal music training, could not read or write a note of music, and had others transcribe his songs.

God Bless America, considered to be the nation's second national anthem, and 25 other #1 hits were all written by Berlin including two songs that are iconic for two holidays which Mr. Berlin, who became an agnostic later in life, never really celebrated  - White Christmas, the best selling song of all time, and this, Easter Parade. Only in America would an immigrant emerge of a faith foreign to the vast majority of his countrymen emerge with a national cultural role of this importance. My own favorite Irving Berlin tune is There's No Business Like Show Business from the 1946 musical Annie Get Your Gun.  You can hear the incomparable Nathan Lane singing this classic tune here.

The last few minutes of Easter Parade, the part which I show in the You Tube video below, is the most widely remembered part of the movie. Judy and Fred sing  Easter Parade while strolling down New York's Fifth Avenue. In an interesting twist, Judy was the one who was supposed to wear the Easter Bonnet -- putting the ribbon on Fred Astaire's hat was either his or her idea -- I read this somewhere and the reversal of roles appealed to Charles Walters, the director of the movie.

The Garland/Astaire  musical number from Easter Parade, We're a Couple of Swells, is considered by musical affectionados to actually be the best in the film. The plot of Easter Parade revolves around both being vaudeville performers. Watch as Judy holds her own with Fred Astaire, who is considered along with Gene Kelly to be one of the the two greatest cinematic male dancers of all time.

The street scene at the end of Easter Parade was built to resemble New York's Fifth Avenue in 1912. New York  has held an Easter Parade since the 1870's. Usually busy Fifth Avenue is closed down to all but pedestrian traffic for the event. New York's iconic St. Patrick's Cathedral is the traditional location for the beginning of the parade. In 1912, this area was wealthy and residential. Rockefeller Center and current skyscrapers surrounding has not yet been built.


At one point, New York's Easter Parade attracted over one million people - showing off their finest and strolling down Fifth Avenue. However, these days, the parade is more like a Halloween event.  Only 30,000 people attended last year to see fun things like dogs wearing Easter costumes. The event still has a place in the popular imagination of New York,  however.

Easter Parade puts me in a good mood whenever I hear it.  Make sure to see this clip if you are not familiar with the movie.

To Find Out More About the Film Easter Parade:
http://en.wikipedia.org/wiki/Easter_Parade_%28film%29


Note: Shorter and less comprehensive posts about Easter Parade were published here here in 2011 and 2013