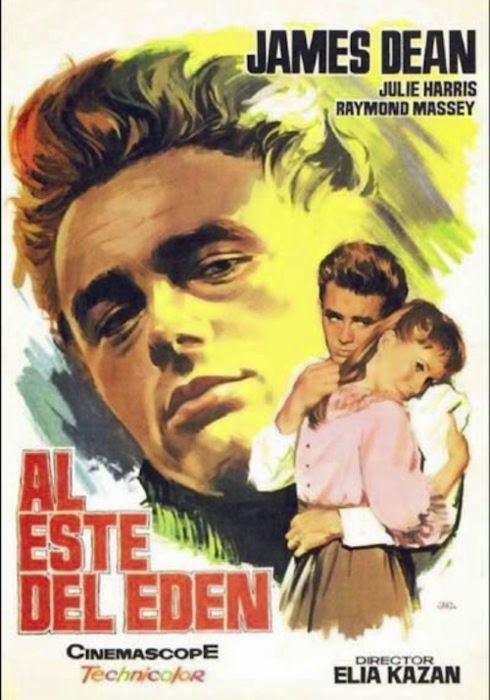 James Dean starred in three huge movies before he died of a car crash in a car crash at the age of 24 on September 30, 1955 - East of Eden, Rebel Without a Cause, and Giant.  East of Eden was the only one what was released in his lifetime, and the only one that he saw in his lifetime. The move is based on the second half of the 1952 novel of the same name by John Steinbeck. It is a powerful retelling of the Cain and Abel story with Dean playing the bad brother -- who, in a brutal scene, introduces his brother Aron (played by a very handsome Richard Davaolos) to their mother, who he was told was dead, but in reality owns a brothel.

You need to see this movie for one of the best acting performances of all time by Dean.

To find our more:
http://en.wikipedia.org/wiki/East_of_Eden_%28film%29

Mama owns a brothel!  Oh no!


Paul Newman also did a screen test for the role of Aron, but he did not get the part. Paul Newman would go on to gain recognition for playing the part of boxer Rocky Graziano in 1956's Somebody Up There Likes Me, the first of many macho roles which would make him famous. I actually think these two are just joking around here and were not really interested in hooking up,, but I am not sure.