Arts: Catch a Performance of James Franco in Steinbeck's "Of Mice and Men "at National Theater Live 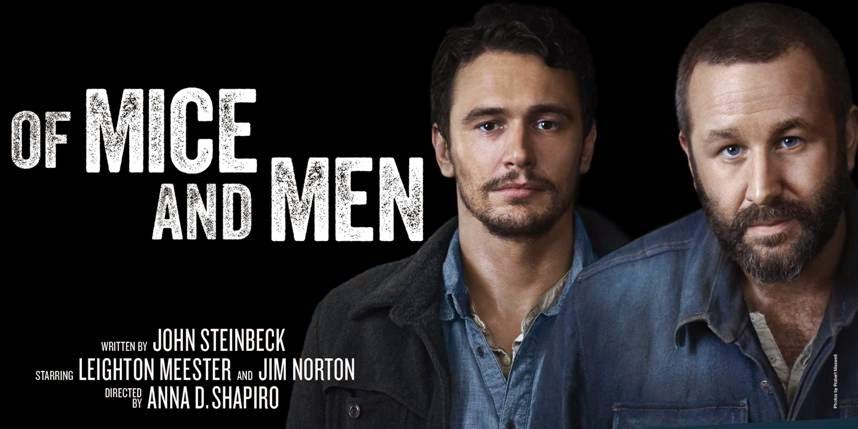 James Franco and Chris O'Dowd took Broadway by storm in the 2014 in a stage performance of John Steinbeck's classic depression-era tale "Of Mice and Men".

I will be seeing this in Florida on March 25. You can see if it is playing in your city here. Broadcasts are scheduled through the month of March and beyond.

The four National Theater Live performances I have caught in the past-- The Audience, War Horse, A Streetcar Named Desire, and The Curious Incident of the Dog in the Night-Time have been
superb. I am really looking forward to seeing this.