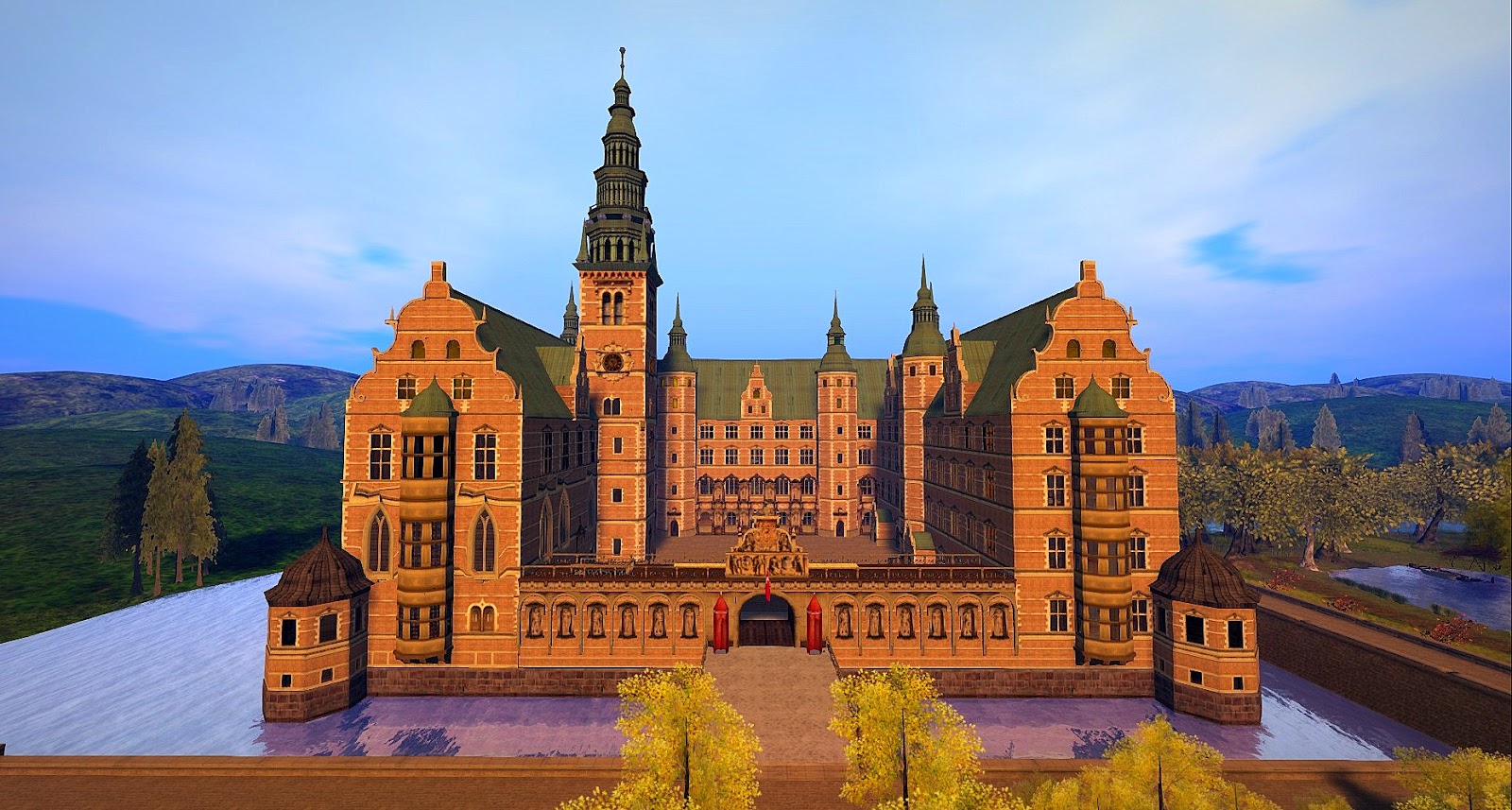 One of the best things about my life is that I have had the opportunity to travel around Europe as part of my last job as a technology analyst.  The cities in Europe which have taken my breath away as royal capitals -- with grand and imposing palaces, castles, and cathedrals are London, Paris, Vienna, Madrid, St. Petersburg, Stockholm, and last but certainly not least, Copenhagen, Denmark.

(Note:  I also have to add Rome and Istanbul, with its magnificent and peaceful Mosques, to my list for being magnificent and grand--  but their main attractions are religious structures and not "royal" buildings. Edinburgh Scotland also should be added to the list, since nothing is as dramatic as the old Royal Castle rising over the city on a high hill). Many people who have not been to Copenhagen Denmark might picture it as a modern city with really nice Danish architecture, great bakeries and cafes, and lots of good looking people. It's famous summer months "amusement" park, Tivoli, is right in the middle of town,, and is really too pretty and cultured to be compared to Disneyworld. 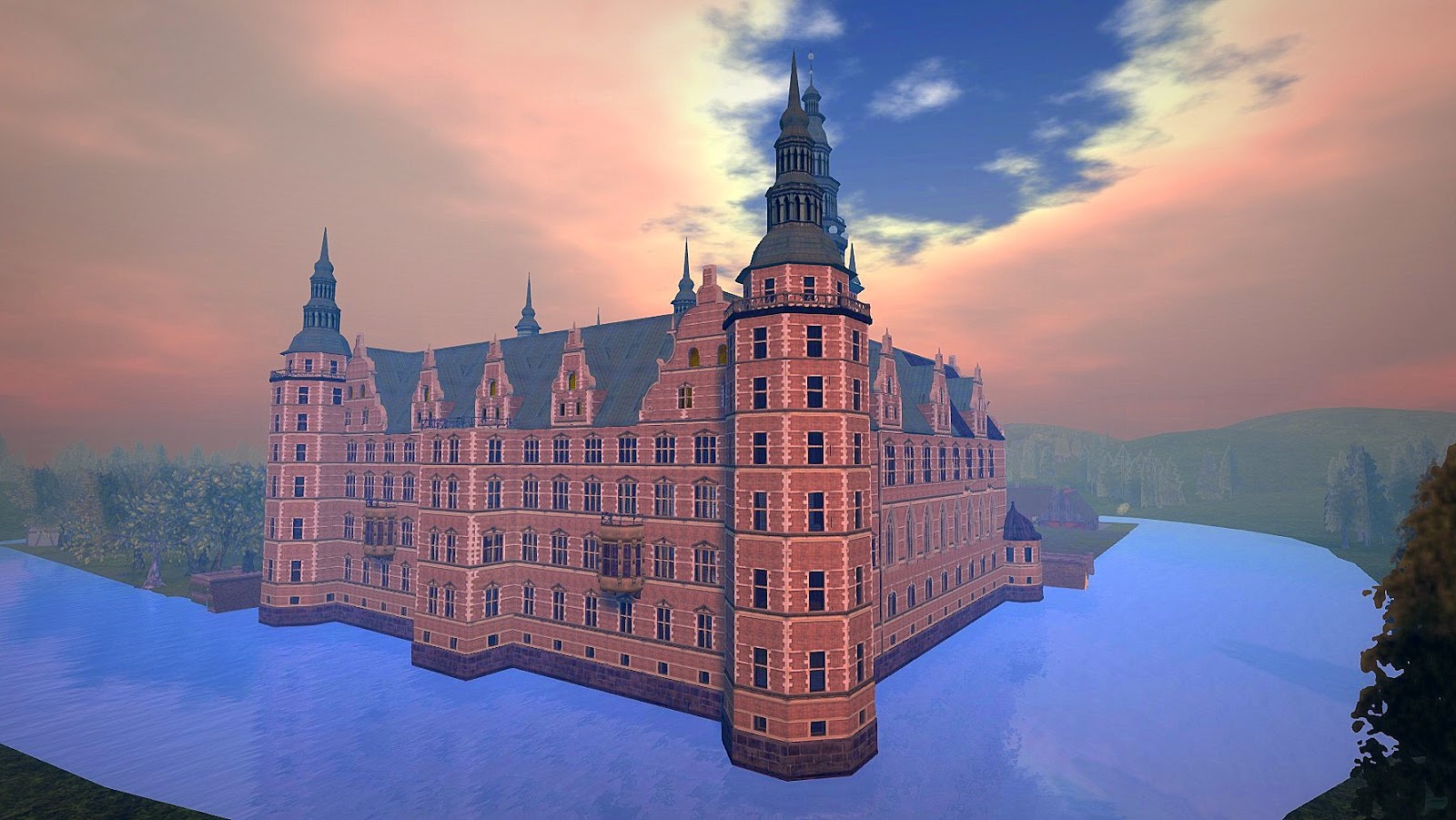 What most people may not know is that Copenhagen and its immediate environs are chock full of very imposing castles and palaces which you can visit -- including Rosenborg Castle, Amalienborg Palace, Kronborg Castle, immortalized in Hamlet, and  the most famous of them all, Frederiksborg Castle, which is now gorgeously virtualized in Second Life as Danmark 1817. 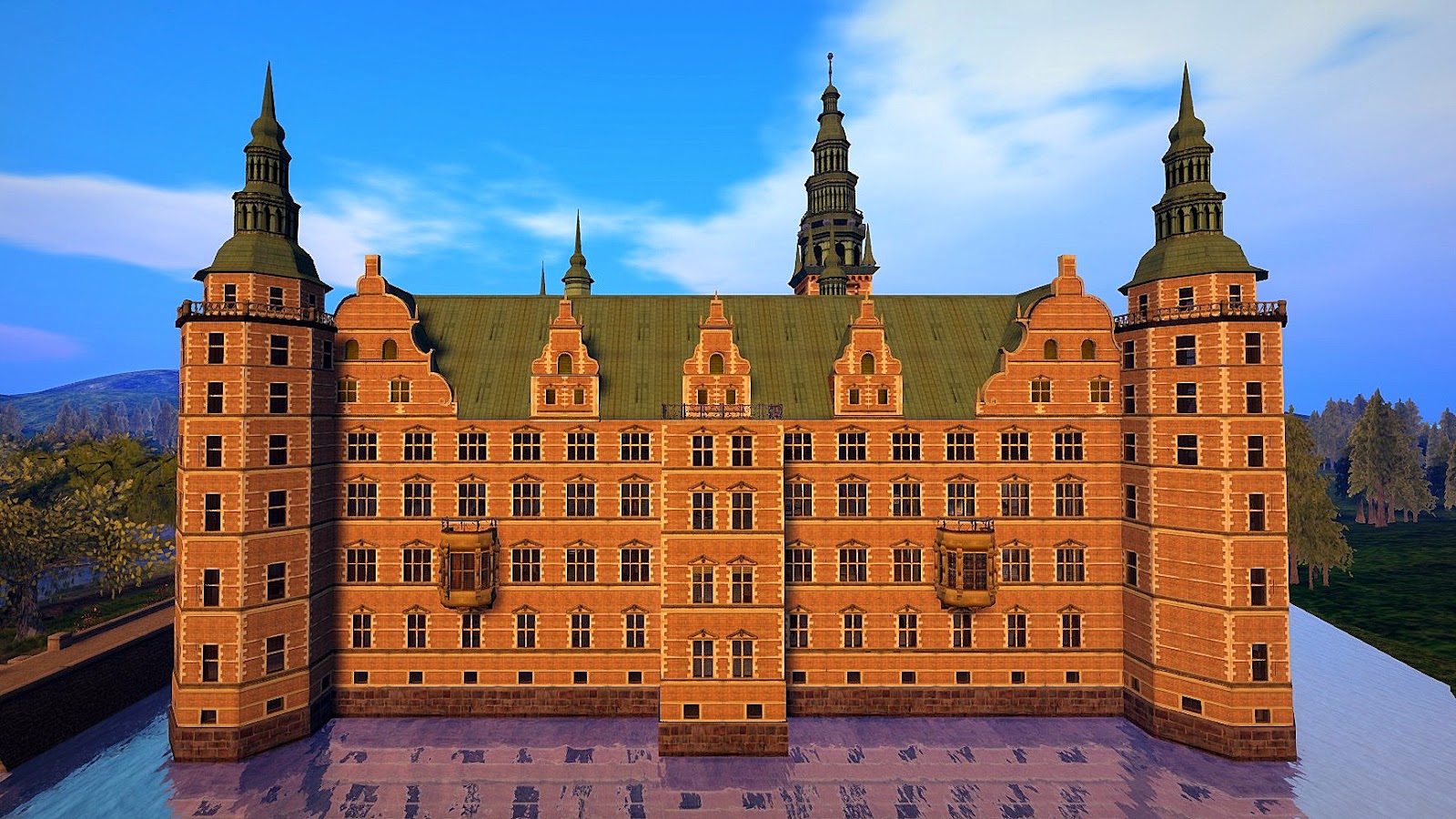 Danmark 1817 is simply gorgeous. The main castle yard is impressive -- with great textures, and nice touches such as the monumental horse and working clock faces on the castle exterior. The ground including the moat area that surrounds the castle, and the aviary which I show below and has a wonderful tropical interior, are magnificent. 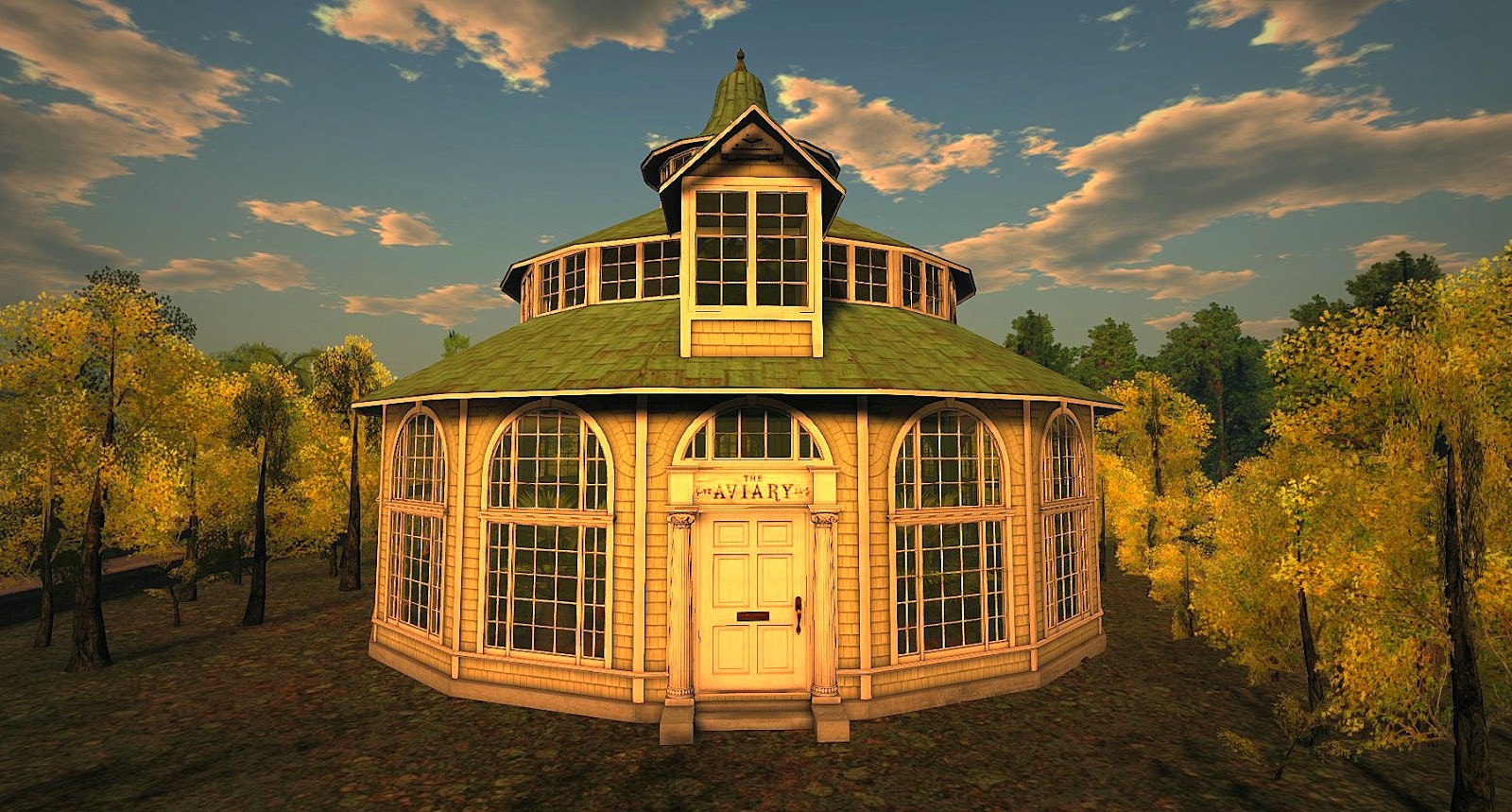 There is also a farm area with very nice horses to visit. You simply must see this region if you like Second Life, and a three-dimensional view of the grounds is making me consider purchasing a VR Headset like Oculus Rift simply to enjoy the destination. I cannot recommend Danmark 1817 any higher.

My review of the gorgeous interiors of the castle can be found here:
http://eddihaskell.blogspot.com/2015/02/great-second-life-destinations_12.html 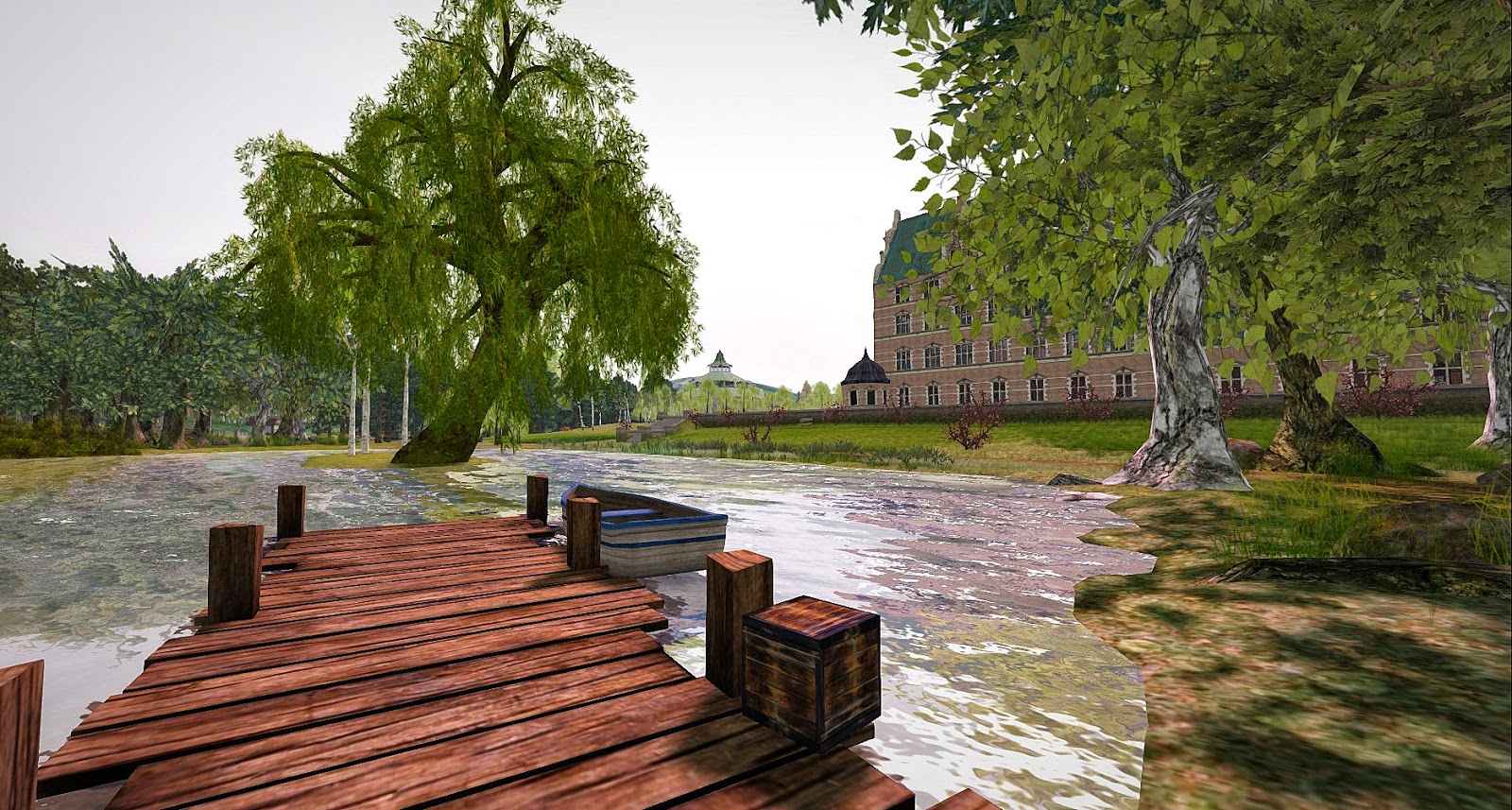 To Find Our More About Fredericksborg Castle (Slot), which is not the Danish National Historic Museum (note - an English version is available, hit the UK Flag on top for this):

Web Site (note - an English version is available, hit the UK Flag on top for this):
http://www.dnm.dk/dk/index.htm 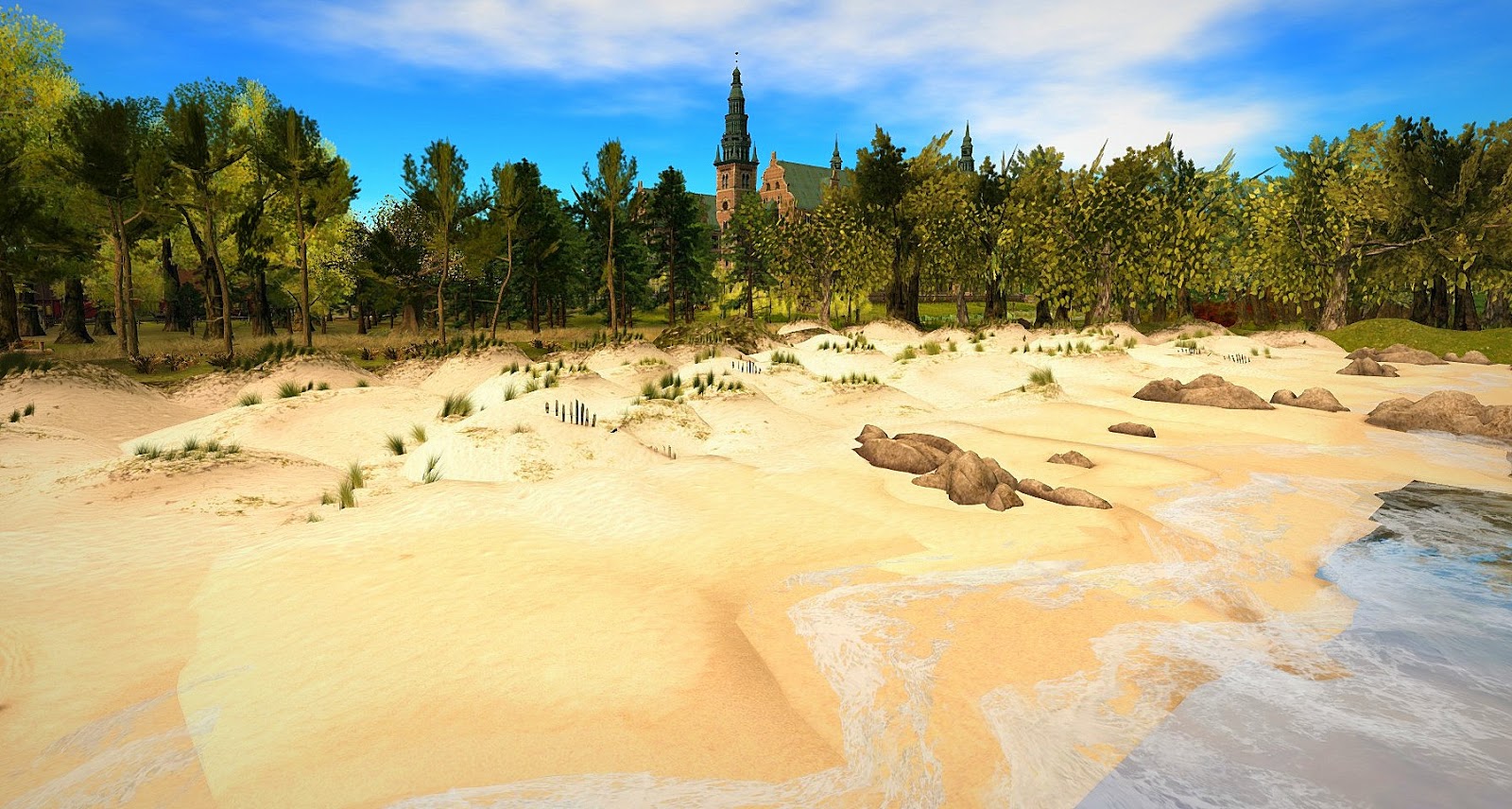 To see my article on Wilanow Palace, which is another gorgeous Second Life reproduction of the most magnificent baroque-era palace in Warsaw, Poland:

To see my recent article on Craythorne Hall,  a baronial manor built in the English Baroque style: 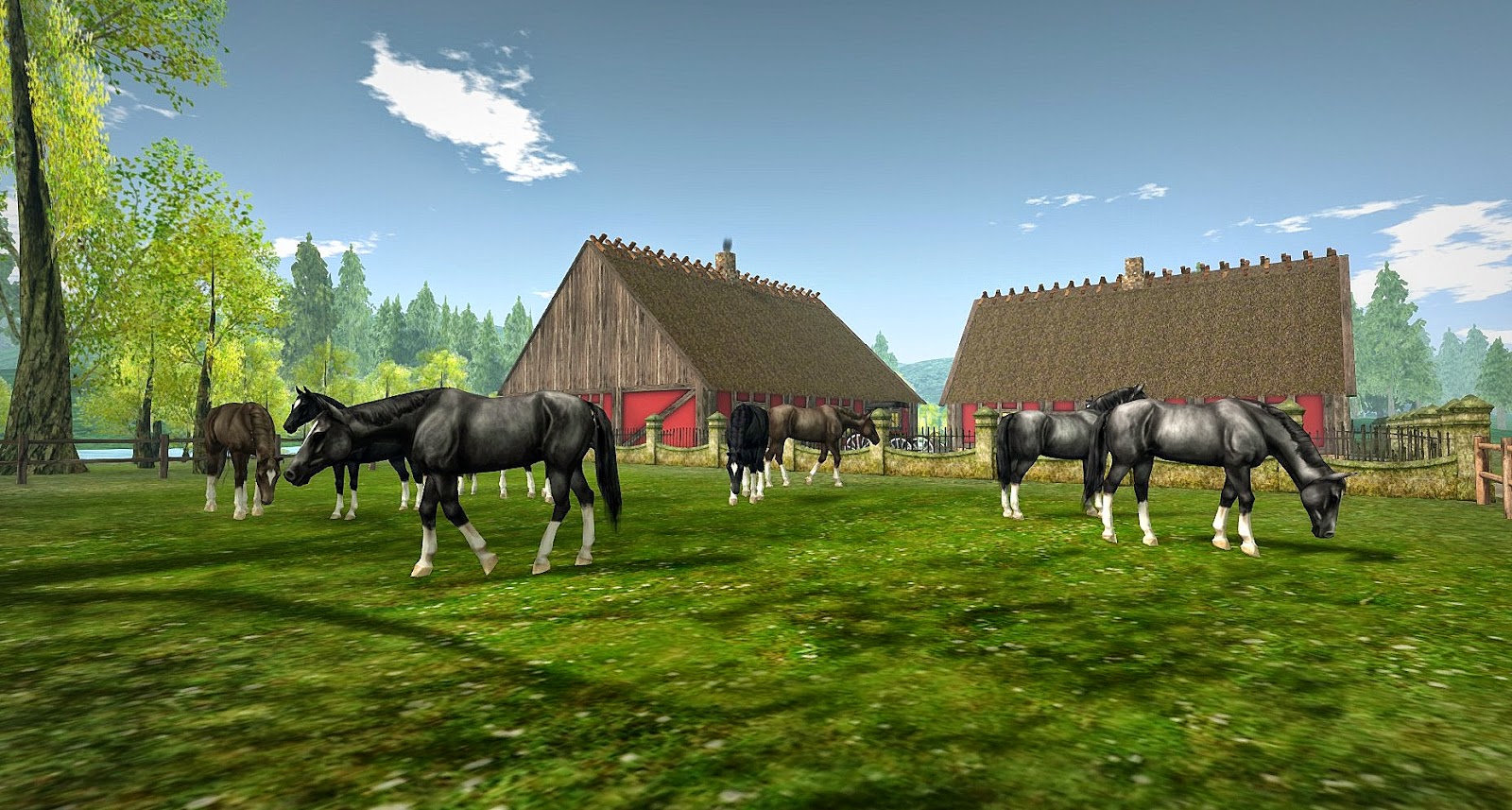 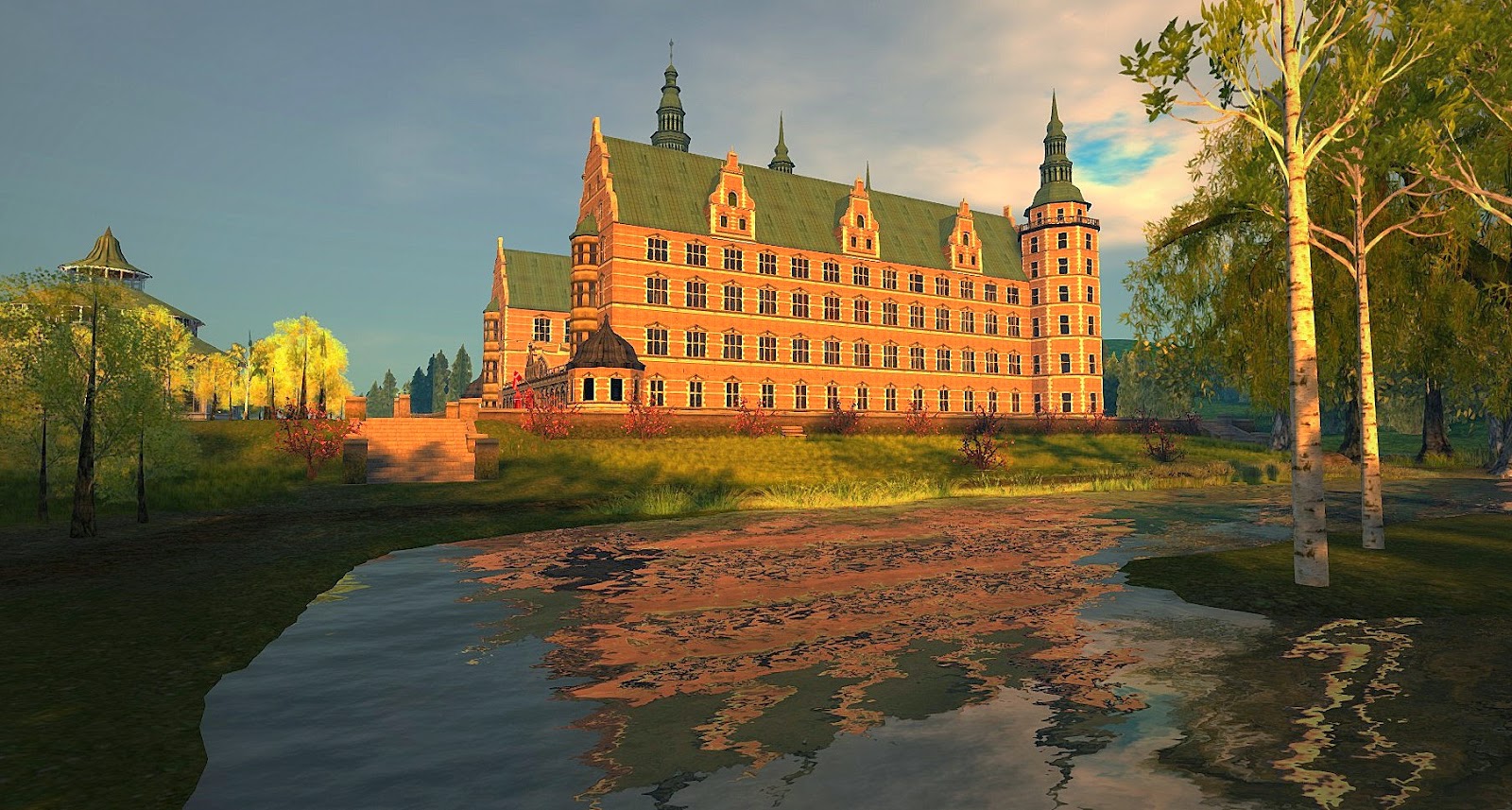 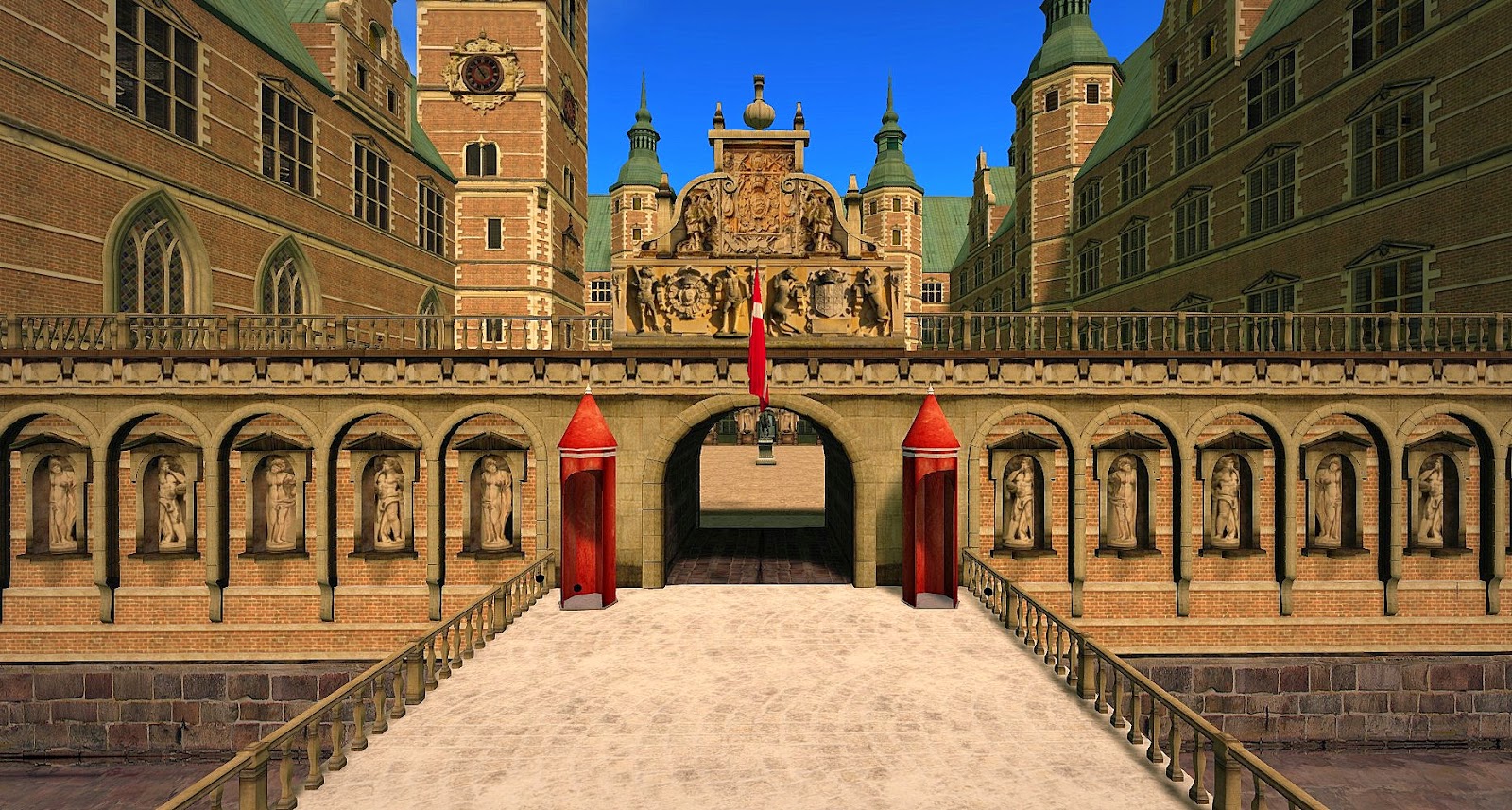 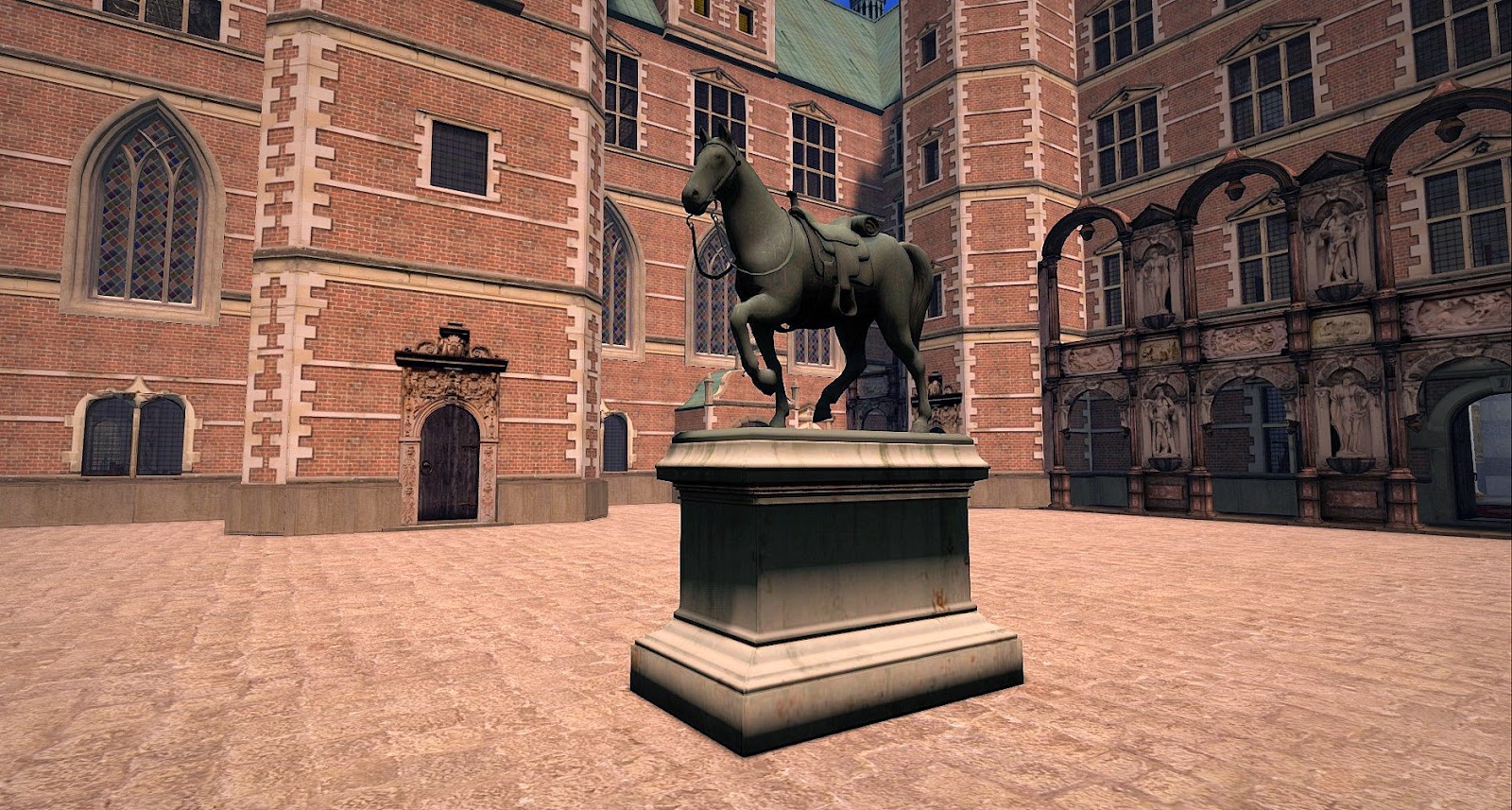 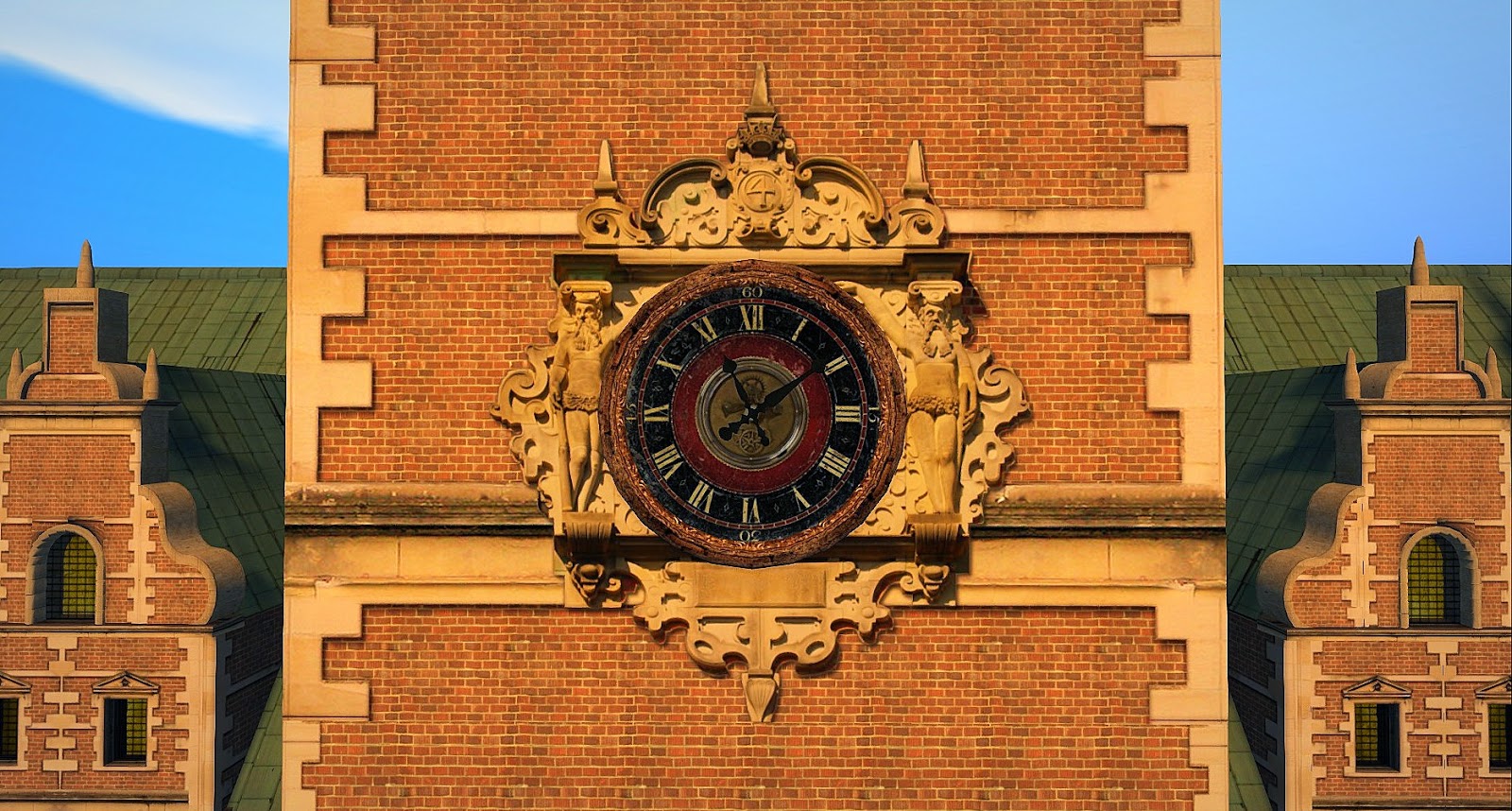 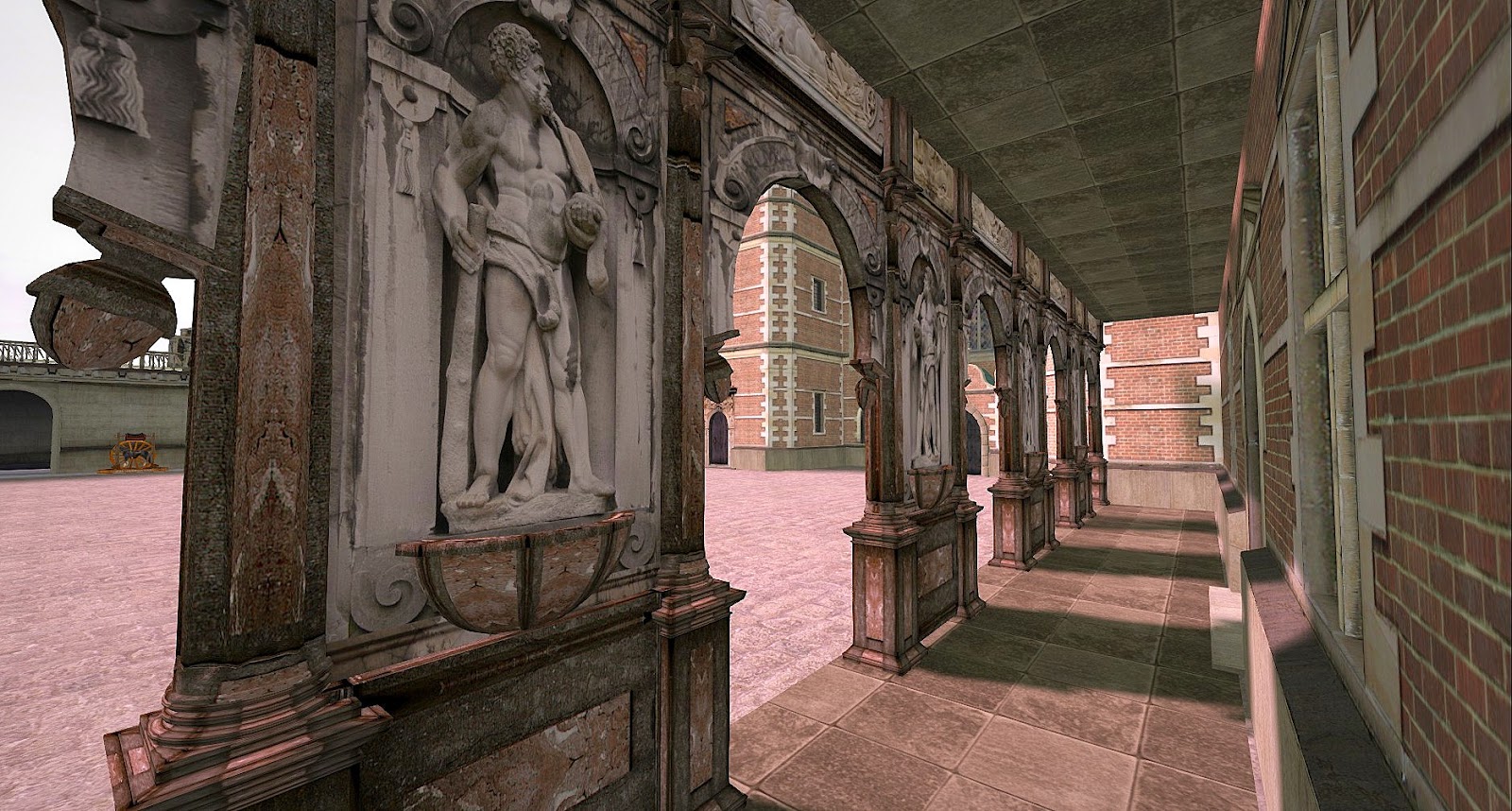 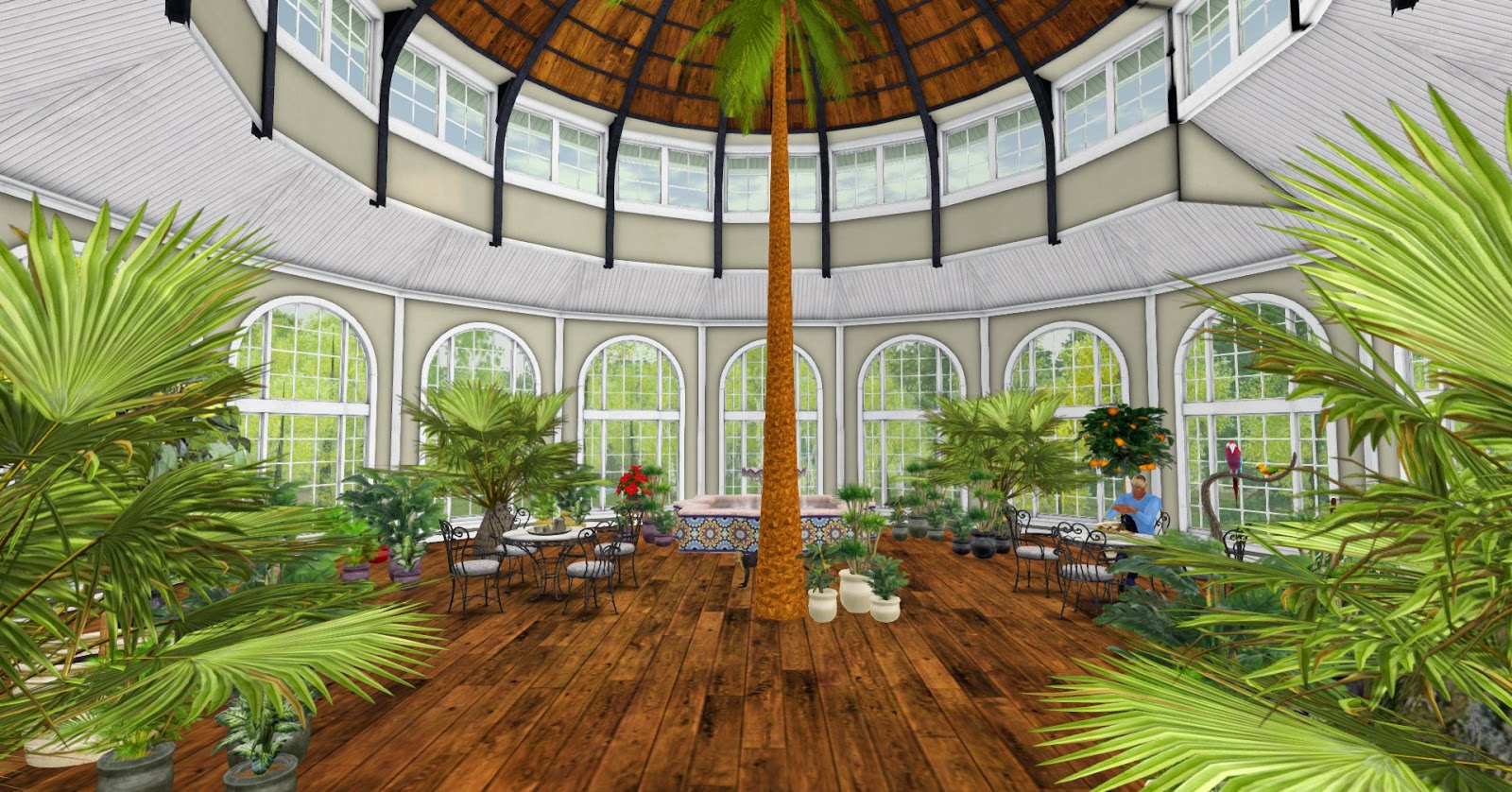