Classic Machinima: The Birth of a Nation, The First Movie Blockbuster Premiers 100 Years Ago Today -- And Is One of the Most Racist Movies Ever Made 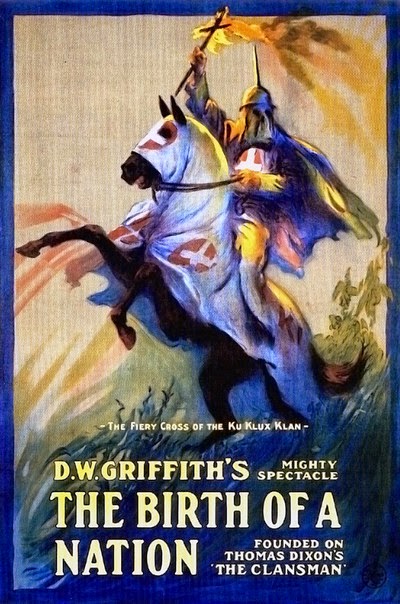 One of the most virulently racist films of all time, "The Birth of a Nation". premiered 100 years ago today in Los Angeles.  The film is widely considered to be one of the most important films ever made and was the first blockbuster historical epic. It also set introduced many innovative film technologies, and was considered astonishing for its time. The Birth of a Nation, a silent film (talkies would not be commercially introduced until 1927), even had its own musical score composed to be accompanied by orchestra. 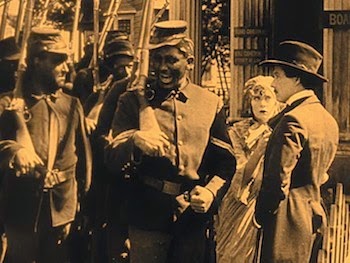 The film is mostly remembered these days as a disgusting and racist depiction of the American Civil War and Reconstruction period that followed. The formation of the violently white supremacist Ku Klux Klan after the Civil War is the central themes of the movie- with the Klan being the "nation" that is born.  The film is credited with driving the rebirth of the Klan in 1915--  a new klan which was viciously anti-Catholic and anti-Semitic and committed to the ending of immigration from southern and eastern Europe, as well as being racist and committed to the subjugation of African Americans, the majority who were slaves only 50 years before the film was made.

"The Birth of a Nation" depicts African Americans as violent subhumans -- with low intelligence and unfit for a full role in society, including having the vote, which many were denied in the American South through illicit means such as a poll tax until the 1960's. This movie is frankly an embarrassment, and shameful for American history. However, I am noting its 100th birthday today in my coverage of historic cinema. I do apologize to anyone offended by these images or the content here.

I take the following information from Wikipedia:

The Birth of a Nation began filming in 1914 and pioneered such camera techniques as the use of panoramic long shots, the iris effects, still-shots, night photography, panning camera shots, and a carefully staged battle sequence with hundreds of extras made to look like thousands. It also contains many new artistic techniques, such as color tinting for dramatic purposes, building up the plot to an exciting climax, dramatizing history alongside fiction, and featuring its own musical score written for an orchestra.

When the film was released, it shattered both box office and film-length records, running three hours and ten minutes. In 1998, it was voted one of the "Top 100 American Films" (#44) by the American Film Institute.

To find out more:
http://en.wikipedia.org/wiki/The_Birth_of_a_Nation

The full movie, which is now in the public domain, is shown below: