The Rhodes Brothers are handsome (some would say extremely so)  and unaffected 19-year old fraternal twins from Ashland Ohio  where they were cross-country High School. track stars. The  moved to Los Angeles in 2014, where they have emerging careers as models.  They started a YouTube Channel in the summer of  2014 and have had great success with their breezy and fun-to-watch videos, quickly gaining 88,000 subscribers in 8 months. 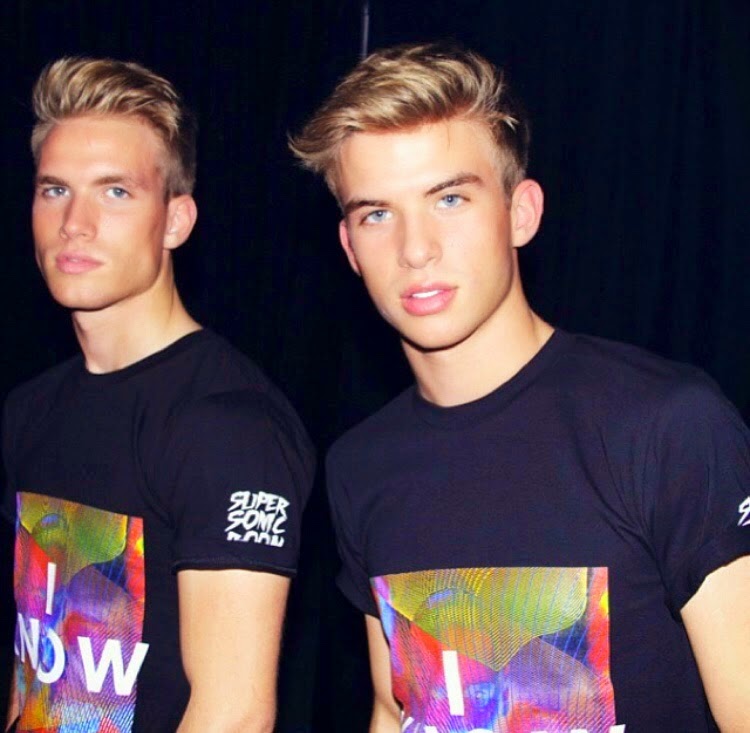 Their videos have not dealt much with sexual issues until today. I assumed that like many 19 year olds, as my nephew explained to me recently, that sexuality is simply something that is just taken for granted and not something you define yourself as being. They settled this issue today by coming out to their amazing and loving father on Wednesday afternoon, and recording the event for their fans on YouTube to see.

Aaron and Austin, who already have come out to their mothers and sister, love their father deeply-- and were very emotional during the event. Their father is a true champ and offered them complete acceptance and love, even though he was clearly surprised by the announcement.

There video has turned into a huge viral hit on You Tube. As of Thursday night, they have over 5 million hits. It has been featured in the Huffington Post, People Magazine's web site, and my partner Benja Aquilla's blog , one of the first to report this, which has impressive readership in the Second Life LGBT community.

5 million hits are incredible for the first two days of a non-commercial You Tube video. I project that they ultimately can get 100 million views. They have (to their surprise) probably made themselves the two most famous gay teens in the world by doing this-- and have inspired others to come out to their parents by doing this. Equally as important, they are letting parents know how to handle what can be a very painful event for their children by offering unconditional love in return.

You can check their YouTube totals and see the huge number of comments (some very hateful unfortunately but most supportive) here:
https://www.youtube.com/watch?v=L3K0CJ8usPU

Huffington post interviewed Aaron today about this. You can see his surprise. You can find his interview here:
http://www.huffingtonpost.com/2015/01/14/gay-twins-come-out_n_6474068.html?ir=Gay+Voices

I want to offer my sincere congratulations to both Aaron and Austin for coming out so publicly, and doing such a wonderful public service by publishing this video.