On This Day: Auschwitz Liberated By The Red Army in 1945 - 70 Years Ago Today


On January 27, 1945 the Red Army of the Soviet Union heroically liberated the Auschwitz death camps from the Nazis. Over 7,500 starving prisoners were rescued by the Red Army (their successors being the Russian Army of today), who immediately did their best to feed them and provide necessary medical attention. The images here show scenes from that great day.

In remembrance of this great event, and in memory of the millions killed by Nazi genocide during the Second World War, most notably six million Jews, but including tens of thousands of  gay people who were murdered, this day is celebrated as International Holocaust Remembrance Day.

The Nazis who manned the death camps knew that the Red Army would be arriving. They did their best to destroy all the gas chambers and incinerators - anything that could be used as evidence against them--  and sent over 60,000 starving inmates on a death March west through occupied Poland and German where they would pick them off one by one by shooting anyone who collapsed during the march. 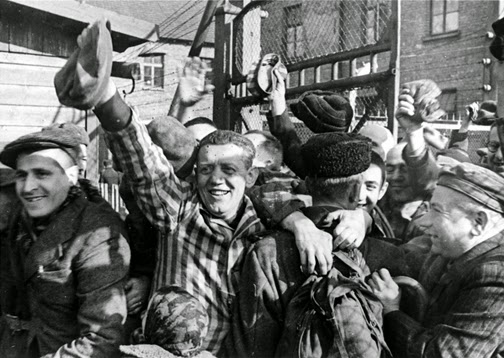 At least 1.1 million  were murdered  at Auschwitz, around 90% of them Jewish; approximately 1 in 6 Jews killed in the Holocaust died at the camp. Others deported to Auschwitz included 150,000 Poles, 23,000 Romani and Sinti, 15,000 Soviet prisoners of war, 400 Jehovah's Witnesses, homosexuals, and tens of thousands of people of diverse nationalities. Many of those not killed in the gas chambers died of starvation, forced labor, infectious diseases, individual executions, and medical experiments.

Note that Auschwitz is located in Poland, but by no means did the Polish people have anything to do with the construction or murders committed here. Six million Poles, an estimated 20% of their population, including 3 million Polish Jews, died at the hands of the Nazis in the Second World War. Some people mistakenly refer to Auschwitz as a "Polish" concentration camp.

The world will forever owe a debt of gratitude to the estimated 26 million Soviet Union soldiers and civilians, most of whom were Russian (The Soviet Union split into different nations in 1991), who gave their lives defeating the Nazis during the Second World War.

I take much of this information from the Wikipedia entry:

To find out more about commemoration of today by the international LGBT community by wearing pink, head over to Benja's blog: 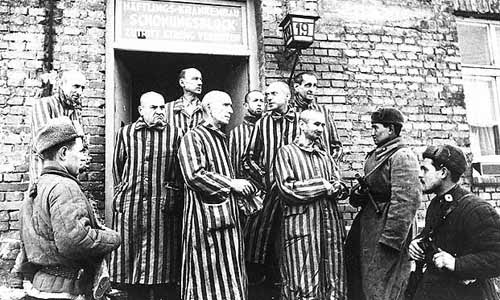