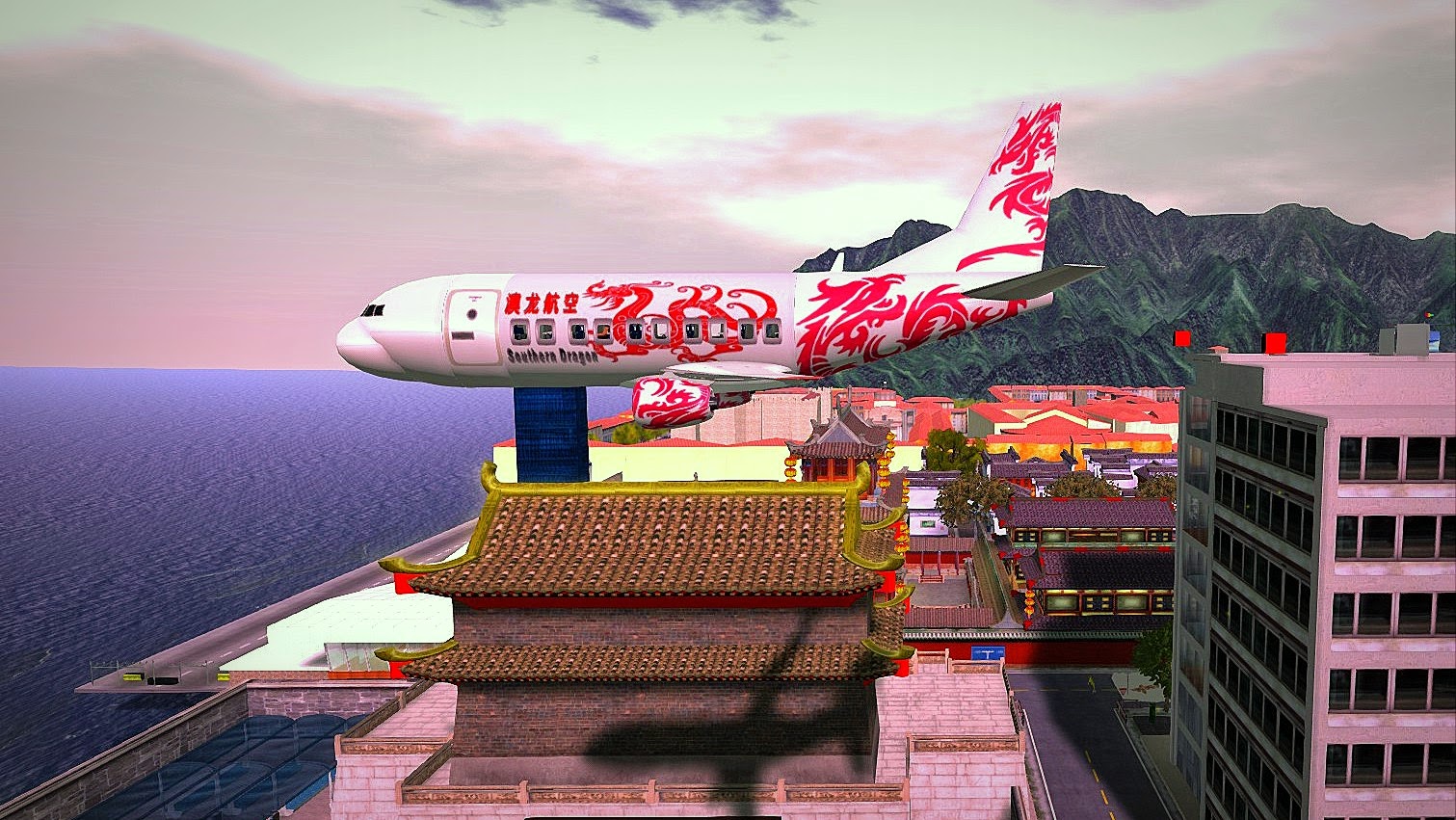 Monash University, which is located in Melbourne, Australia, has quite a nice presence in Second Life. I counted three sims. One is under development, and one contains a facsimile of an Italian city. The sim that impressed me the most was China Island. 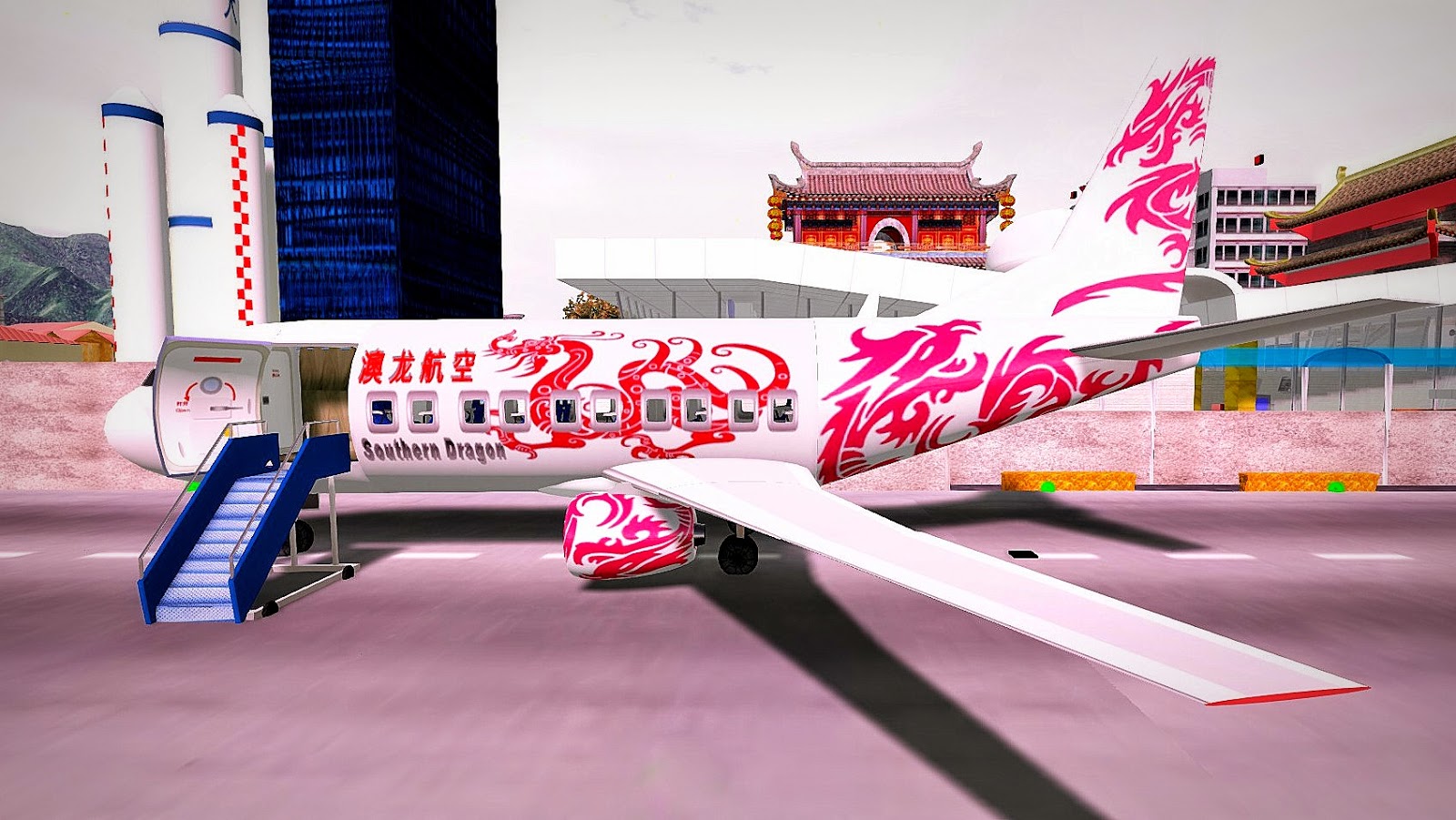 To begin with, China Island has something I have never seen before in Second Life - a scheduled, working airline that you can board and fly around the island in. The take-off and landing are very well done -- I was reminded of the old Hong Kong Airport, Kai Tek,  that was dangerously close to the tall buildings of Kowloon before the new airport (one of the best in the world) opened.in 1998. 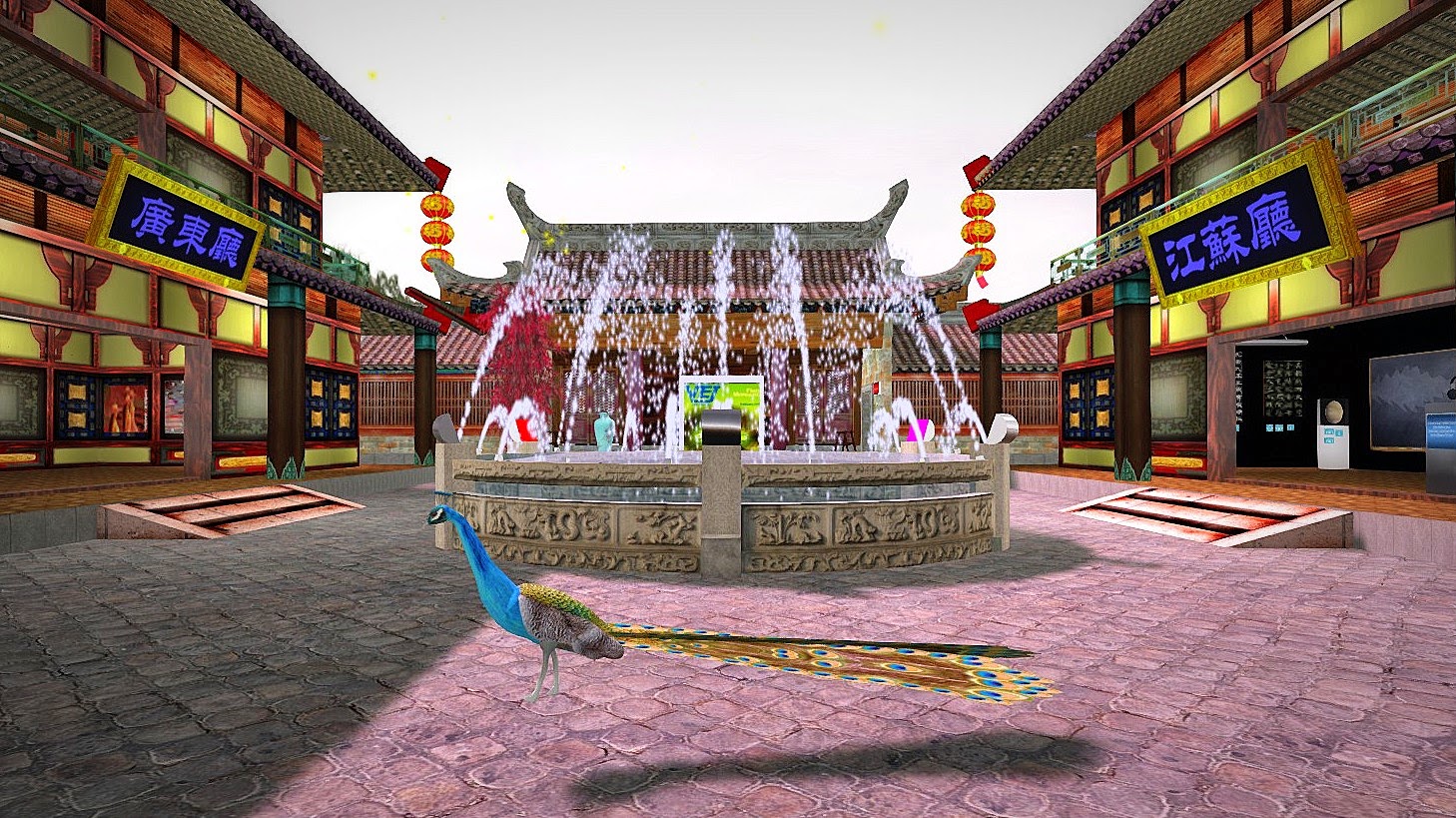 China Island, like most major cities in China, is a combination of the very old and very new.  In Beijing, anything that was built 30 years ago is considered old and torn down -- with the exception of historically significant buildings and temples. Although the textures and construction of China Island is "basic" without fancy Mesh constructs and detailed textures, what is there works well and rezzes quickly. This is an educational destination, built to help students learn Chinese and realize modern Chinese culture. It does very well in this regard. 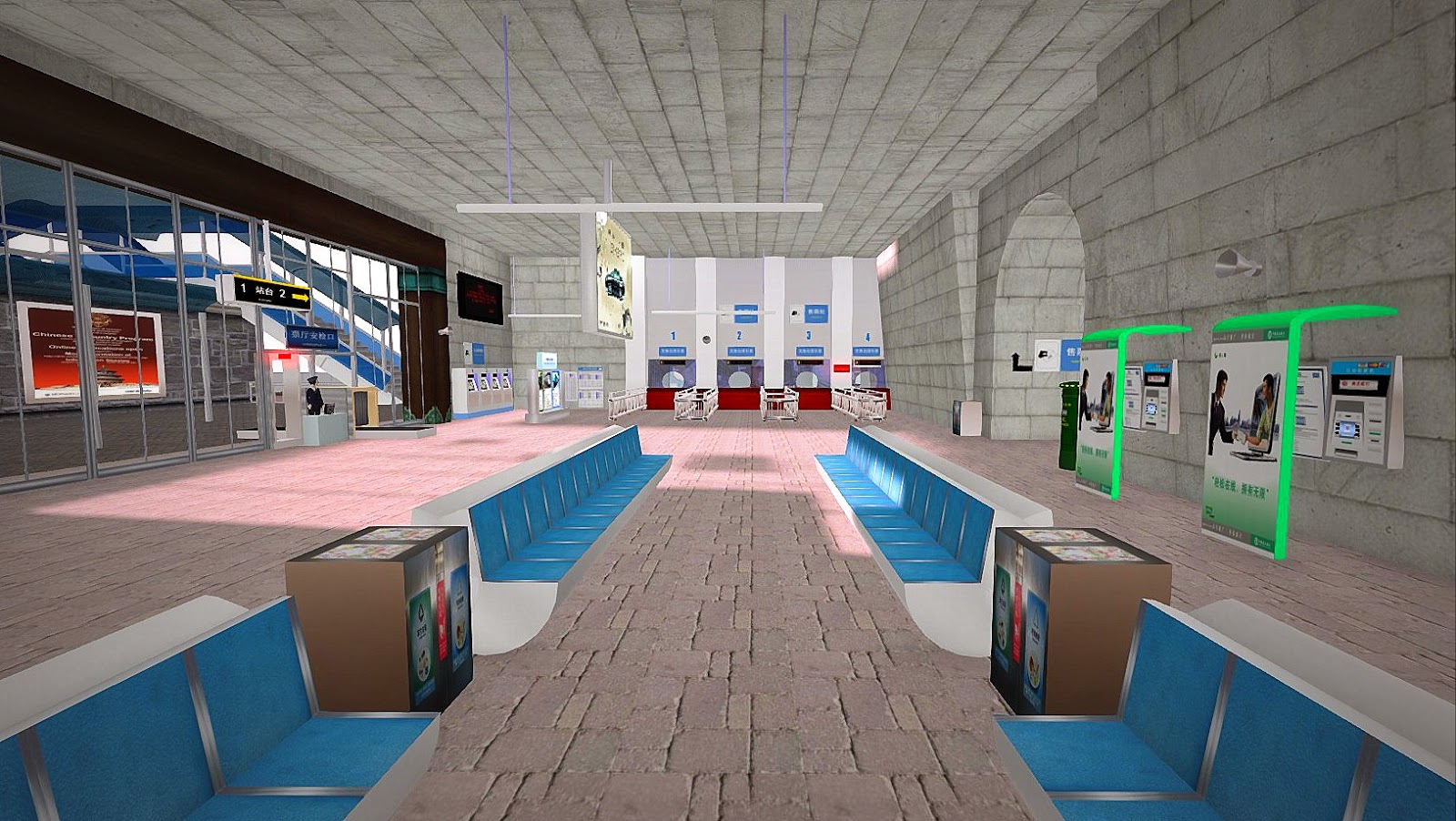 A working bus system, train station with detailed high-speed rail cars that are stationary, and even a Chinese space rocket launch site are all available to see. I found this destination quite interesting, and recommend it to anyone to see what a great university can do in virtual reality once they set their mind to it. 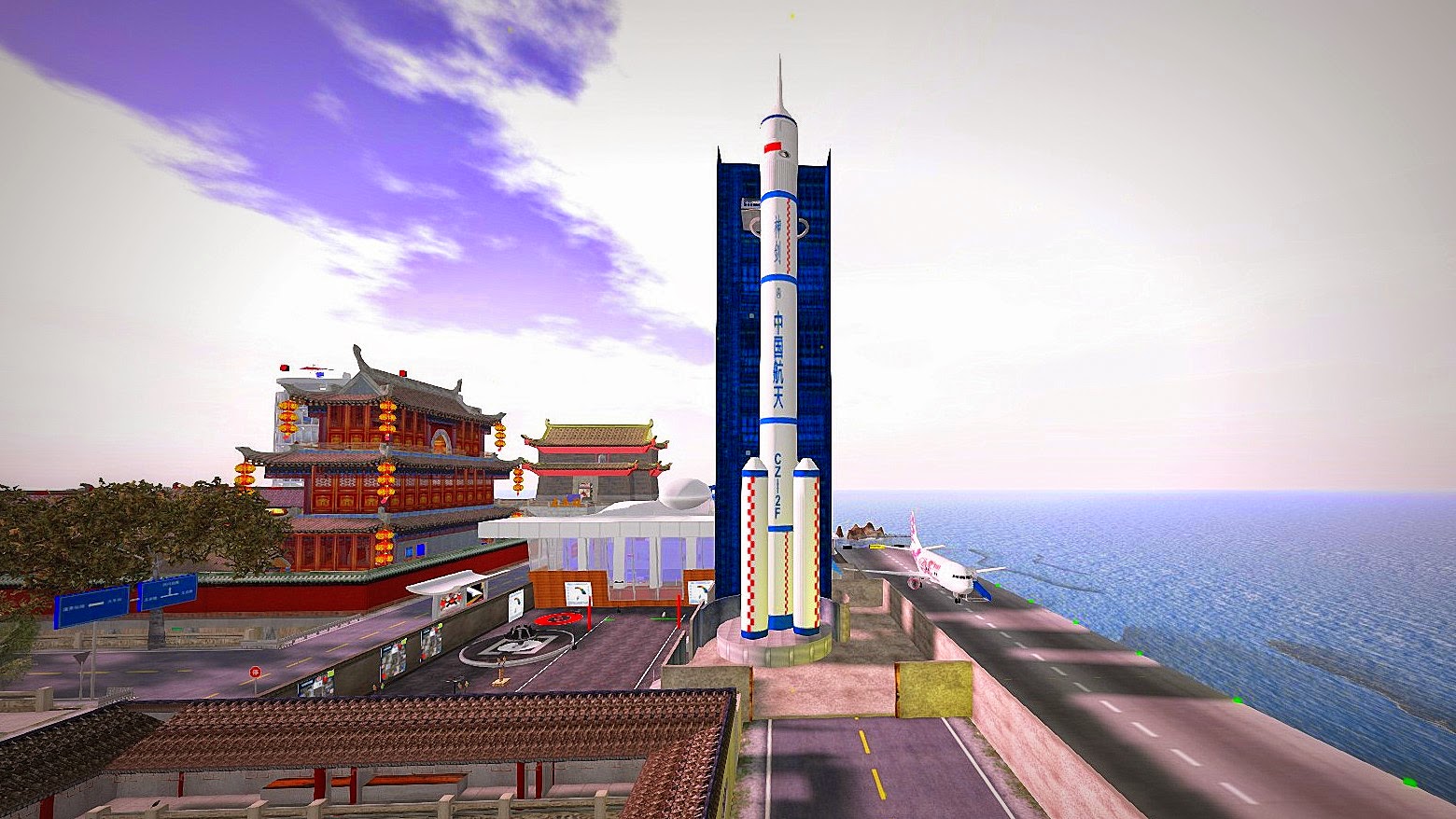 All photography was taken with Windlight Sky Setting (SS) Atmospheric 15:00 Cloudy 2 which is included in the Firestorm viewer as an option, and which I am using quite frequently as a standard setting for daytime photography.

To find out more about Monash University in Second Life:
http://www.monash.edu/international/dvc/virtualworlds/monashsecondlife.html 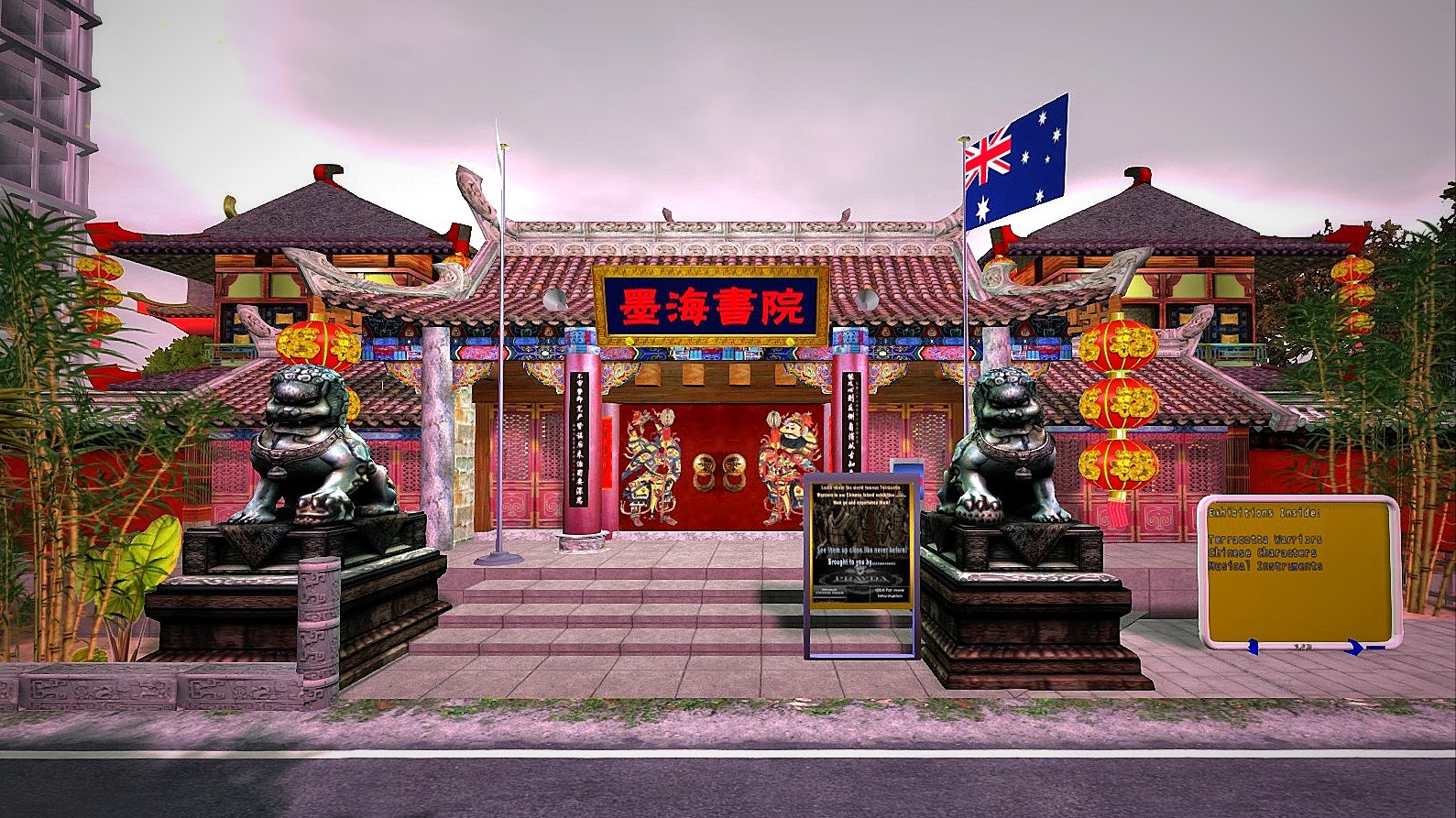 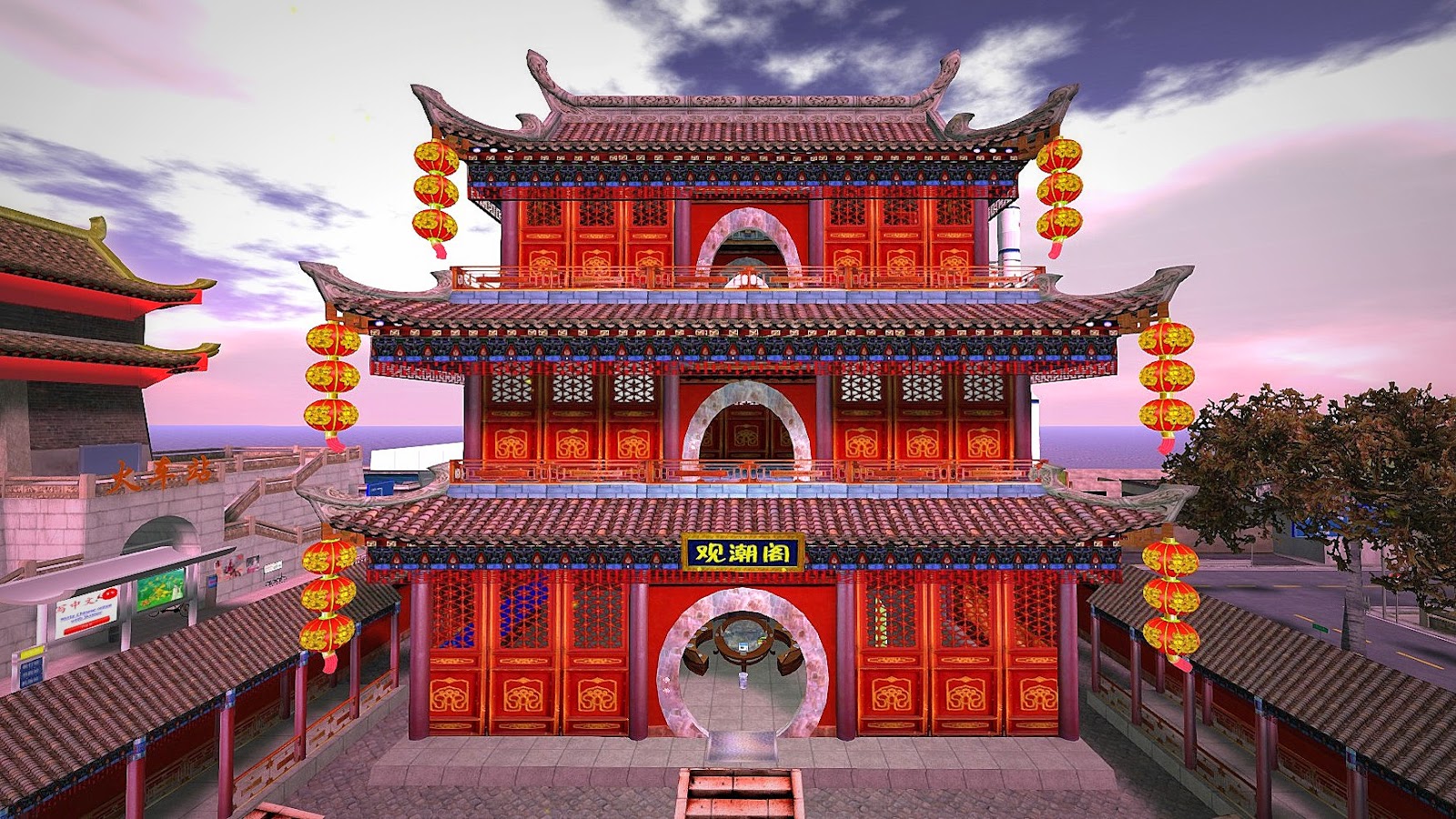 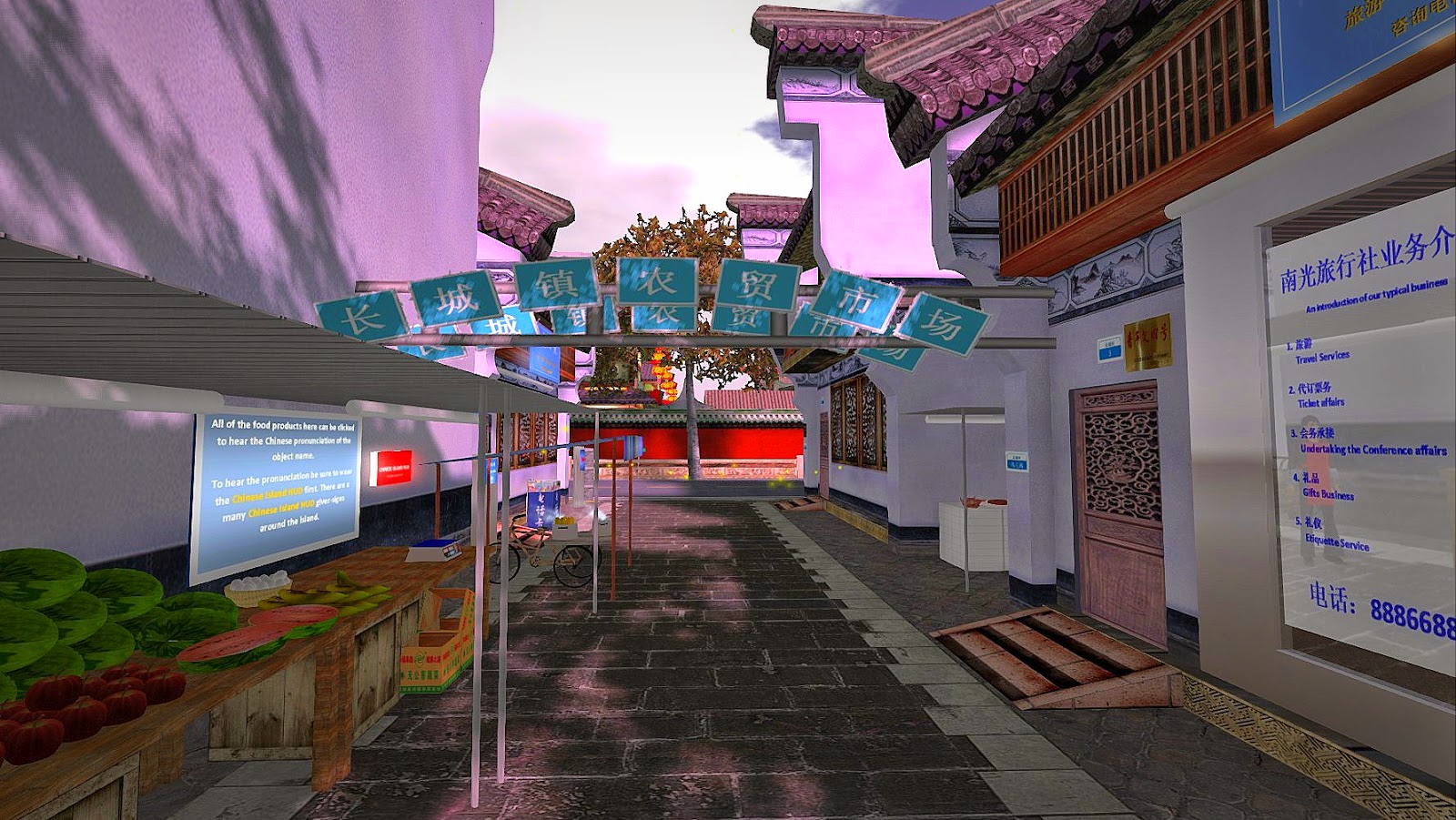 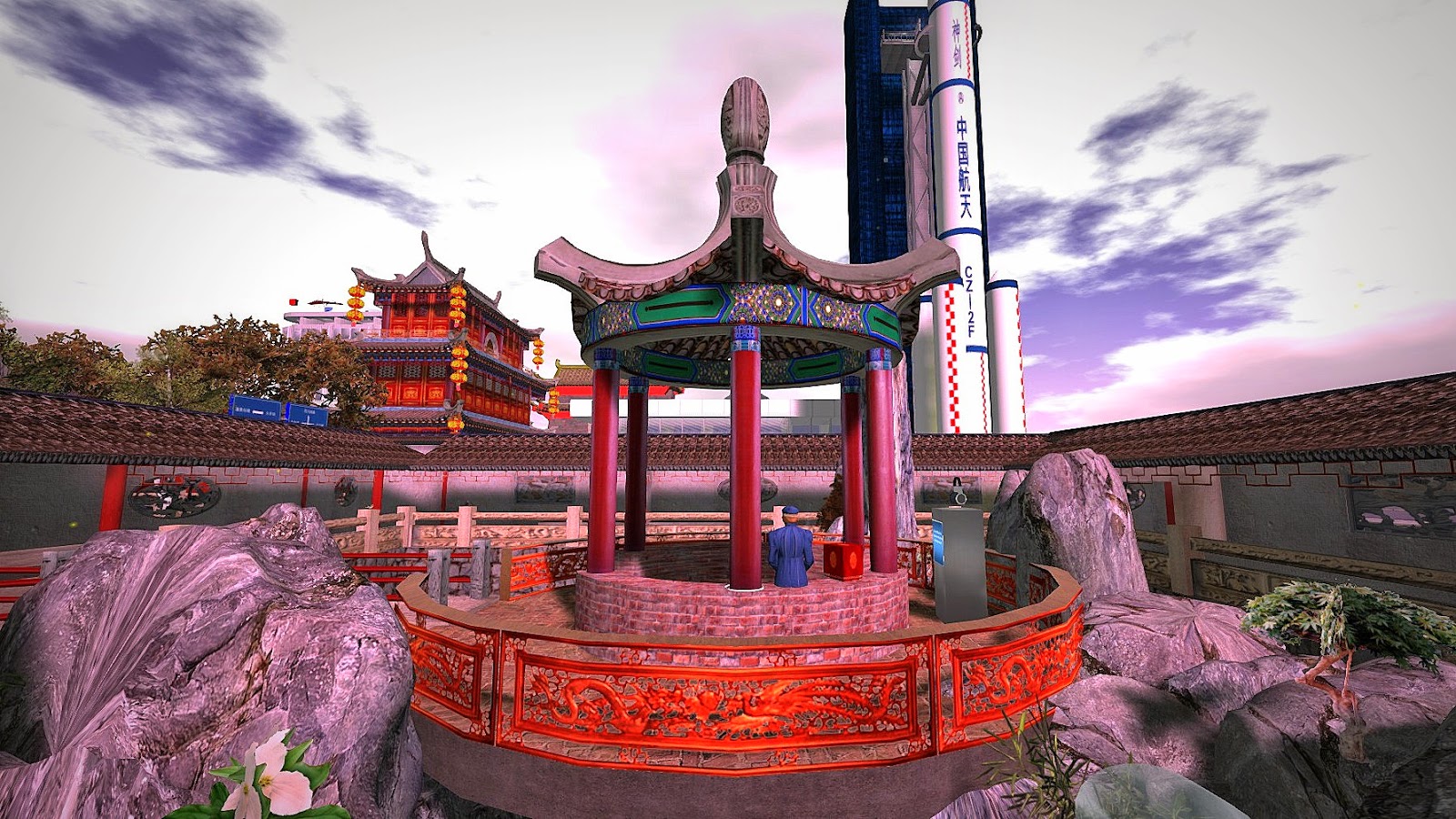