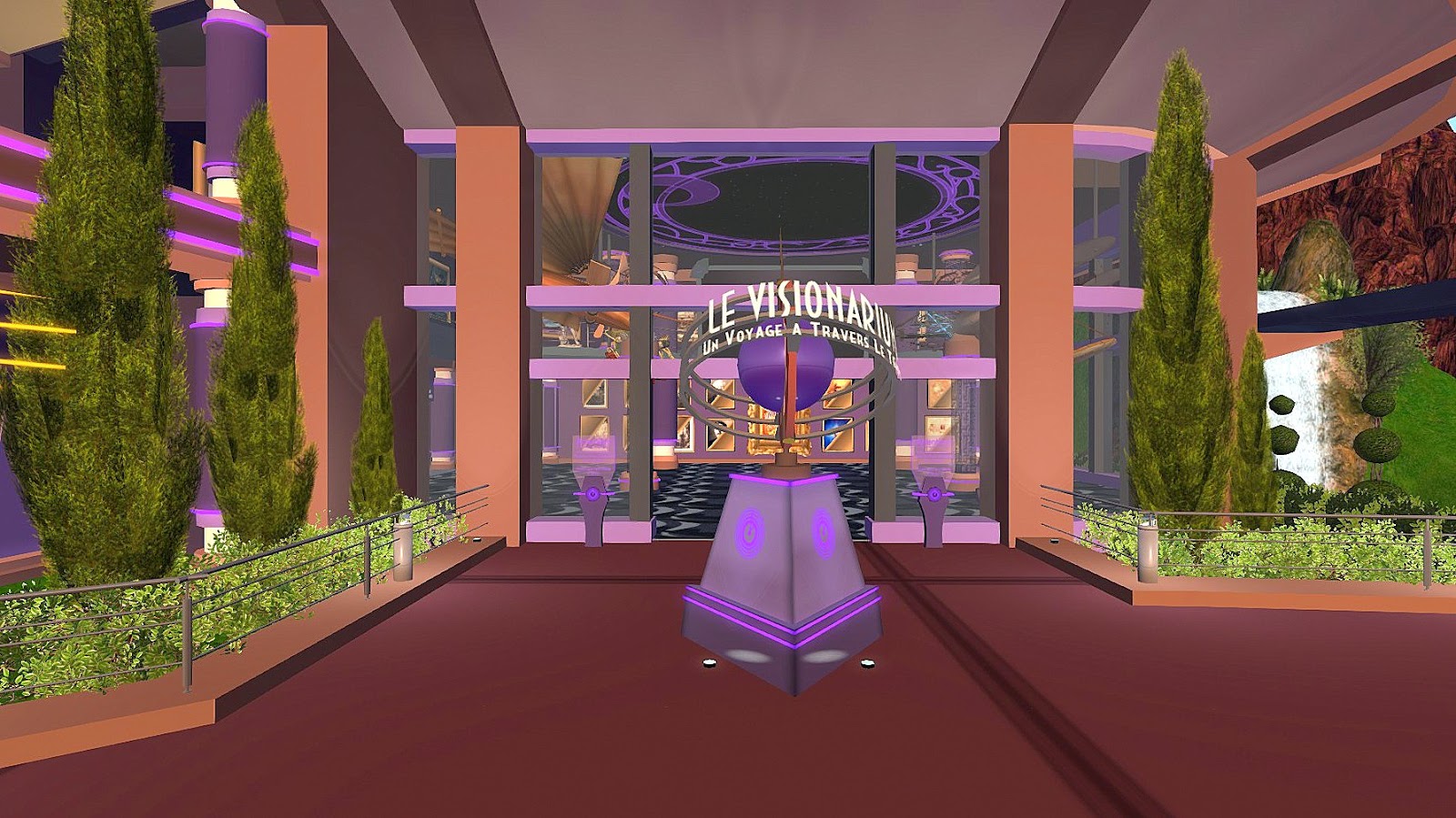 One of the highlights of Xadllas Bing's Discovery Park, which has recently reopened in a Mark II rendition, is the famous film called "The Time Keeper". The Time Keeper goes back in time and visits Jules Vernes at the Paris Exposition of 1900 -- and accidentally transports him, and yourself, to the future. 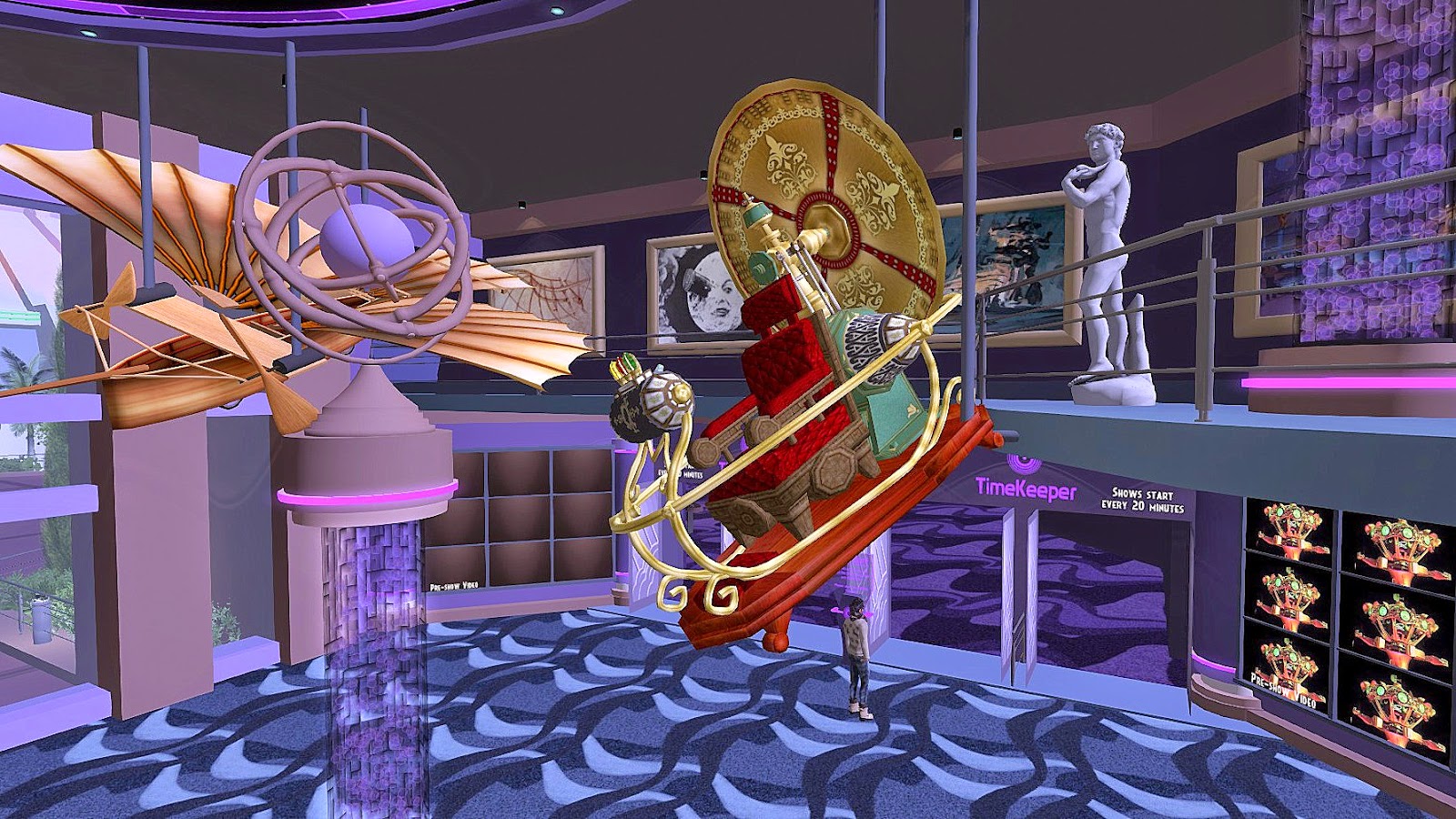 The Time Keeper is shown in Circlevision -- just like the original attraction at Walt Disney locations around the world. The physical effect of the movie gives a sensation of movement that is quite remarkable. I think that this would be a must-see destination for anyone who is using an Oculus Rift -type headset. However, you do not need a headset to appreciate the attraction -- just view it in mouselook for the best effect.

The movie starts every 20 minutes. The exhibits in the lobby as you wait for the film are interesting -- as is the rest of Second Life's best themed amusement park. 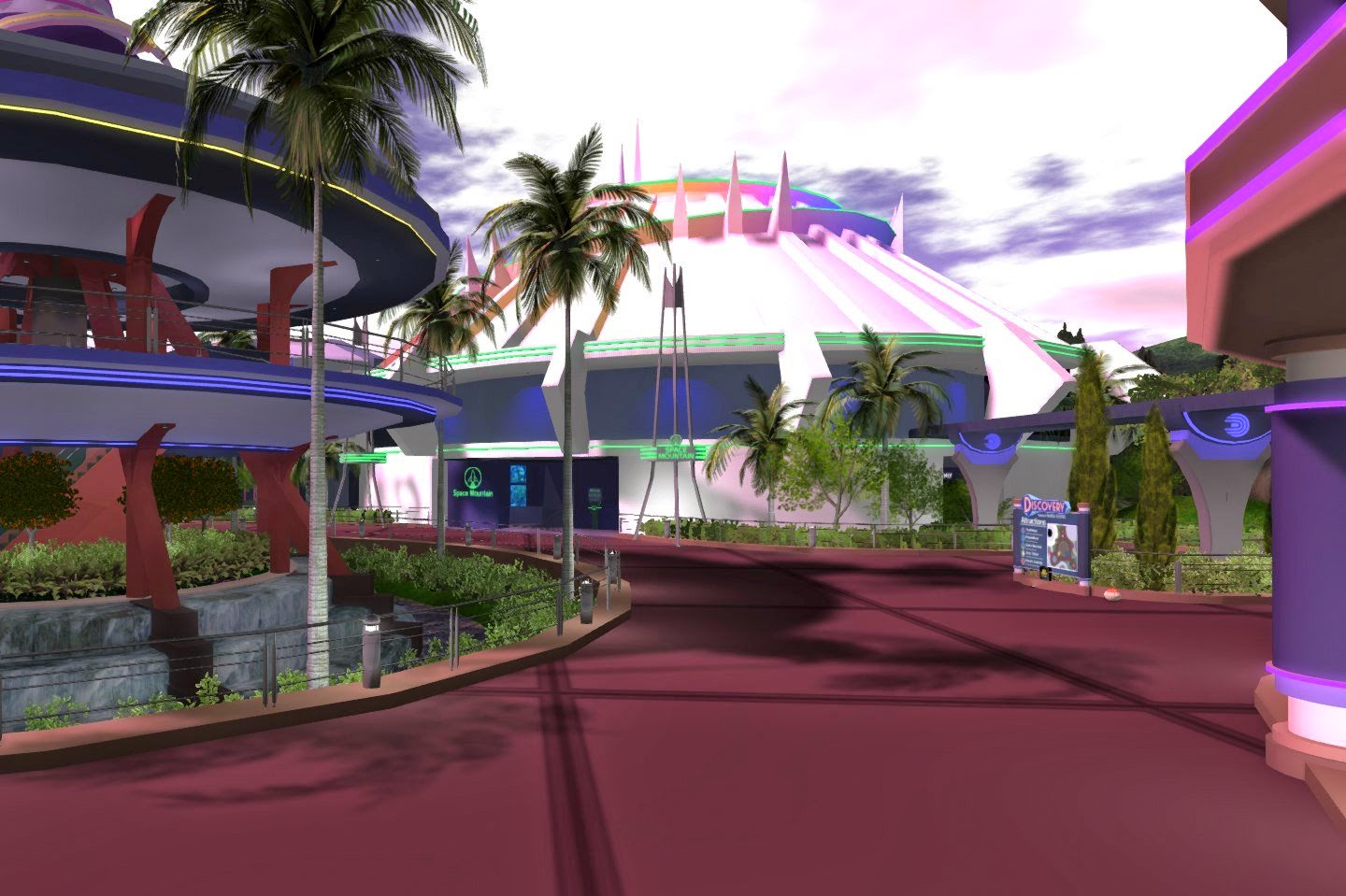 You can find out more about the original Time Keeper attraction here:
http://en.wikipedia.org/wiki/The_Timekeeper

You can read my full review of the first Discovery here, including photography of the famous Space Mountain ride which has reopened in Discovery Mark 11:
http://eddihaskell.blogspot.com/2013/04/you-must-visit-discovery-ride-space.html

To see more blog coverage head over to Bitacora:
http://bitacora-viajera.blogspot.co.uk/2015/01/discovery-mark-ii.html


The GIF image below shows still images from the film in Second Life.