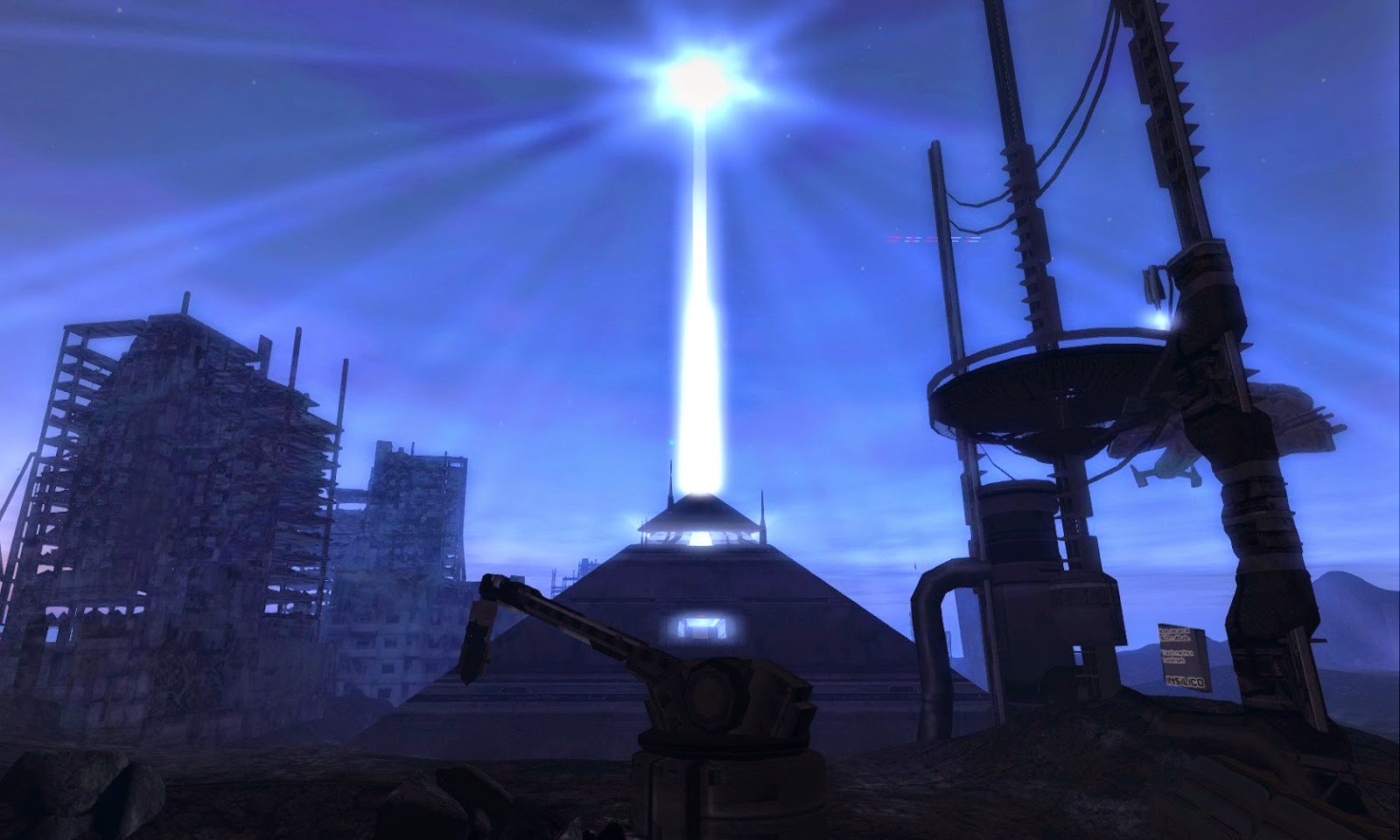 The Cyberpunk City of Insilico is set 10 miles above the a cold blue planetary surface. Dominating this surface is a pyramid which shoots a cool white laser up to enormous heights. Spacecraft dock at terminals, and warrior robots lie frozen on the planet's surface. As you pay more attention to this environment you notice burned out apartment structures in the distance. 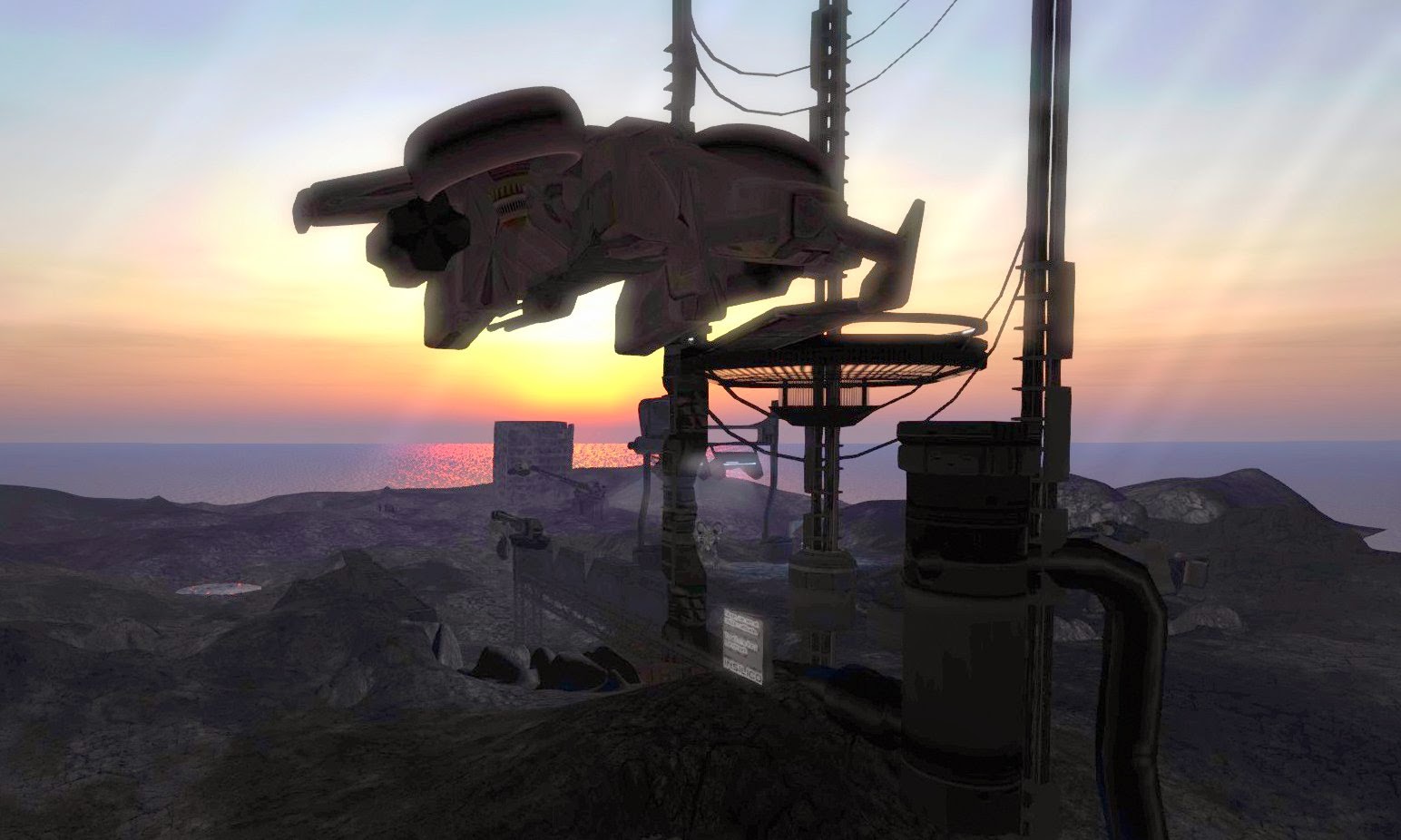 Could this be the planet Earth itself after some future war?  As you play more attention to your surroundings, you notice huge plants which have taken root -- unlike any you have ever seen. Are these flesh eating plants?  Will they mysteriously come to life and devour you?  This is a strange and alluringly beautiful vision spread out over four sims which you can explore and photograph- before or after your visit to Insilico sky city itself. 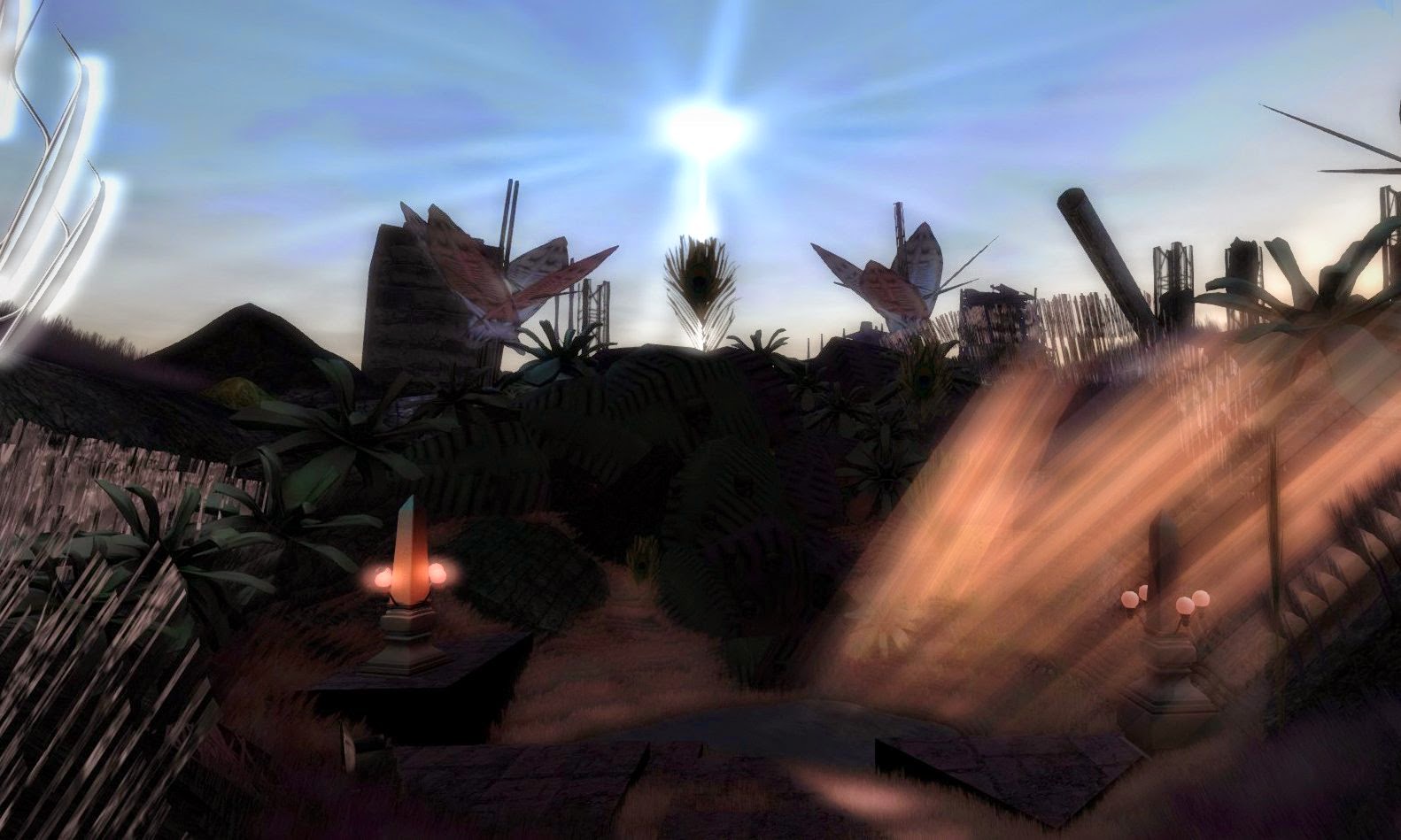 Here are two SLURLS to visit interesting points on the four-sim ground level of Insilico: 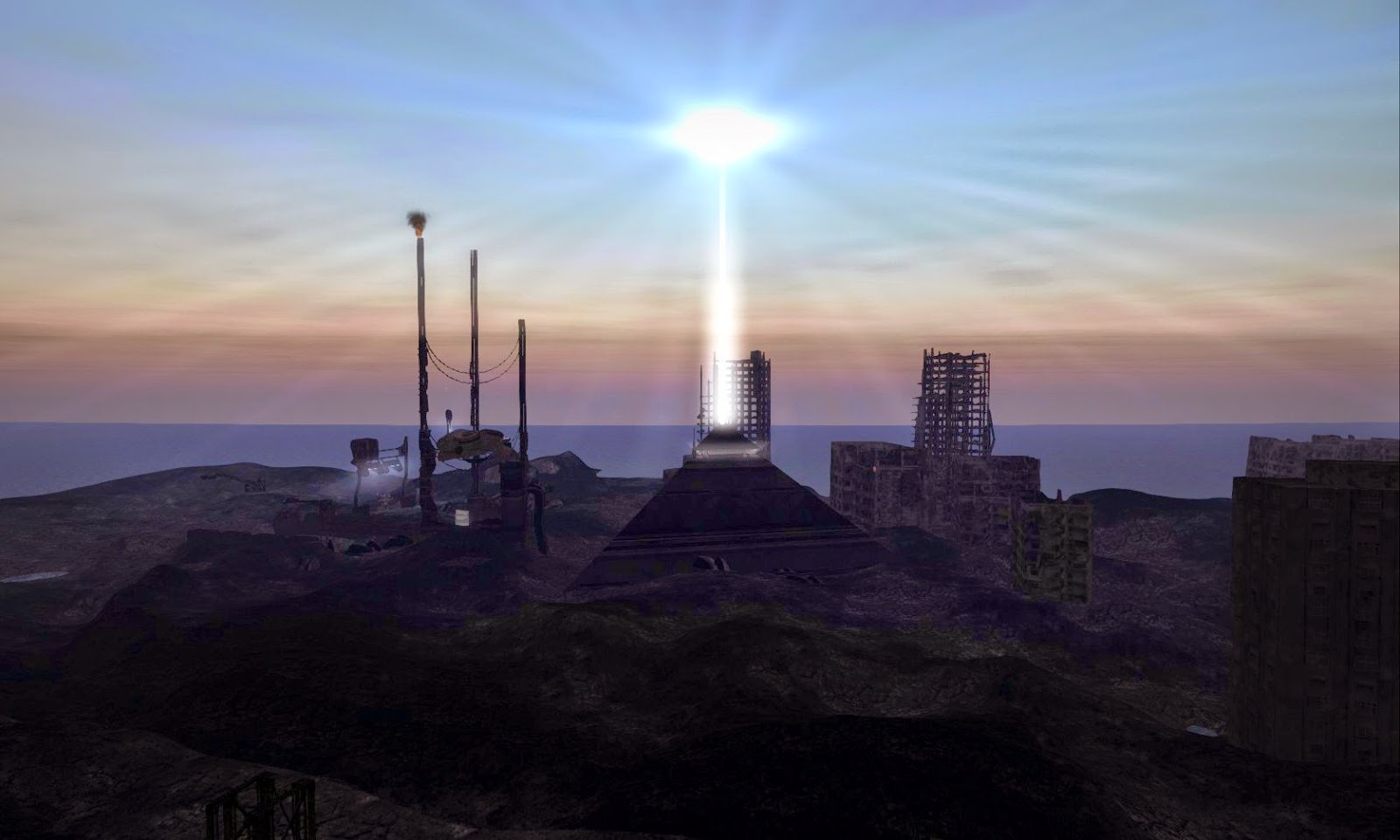 Here is a ling to a very good machinima on You Tube by Kawanishi Yana which gives a very good introduction to the what the main part of Insilico Sky City which you can visit here:
http://youtu.be/davmcOeS5Hc 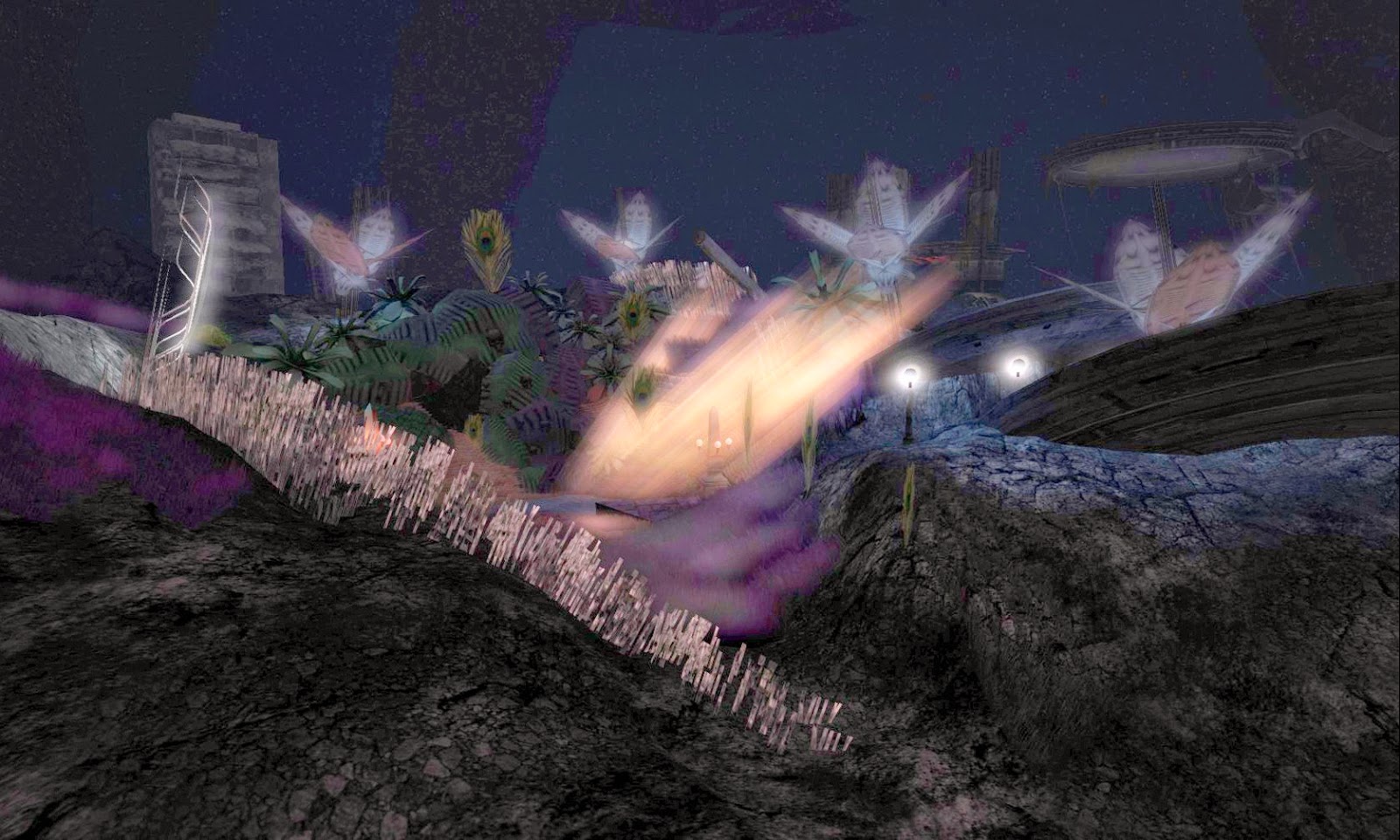 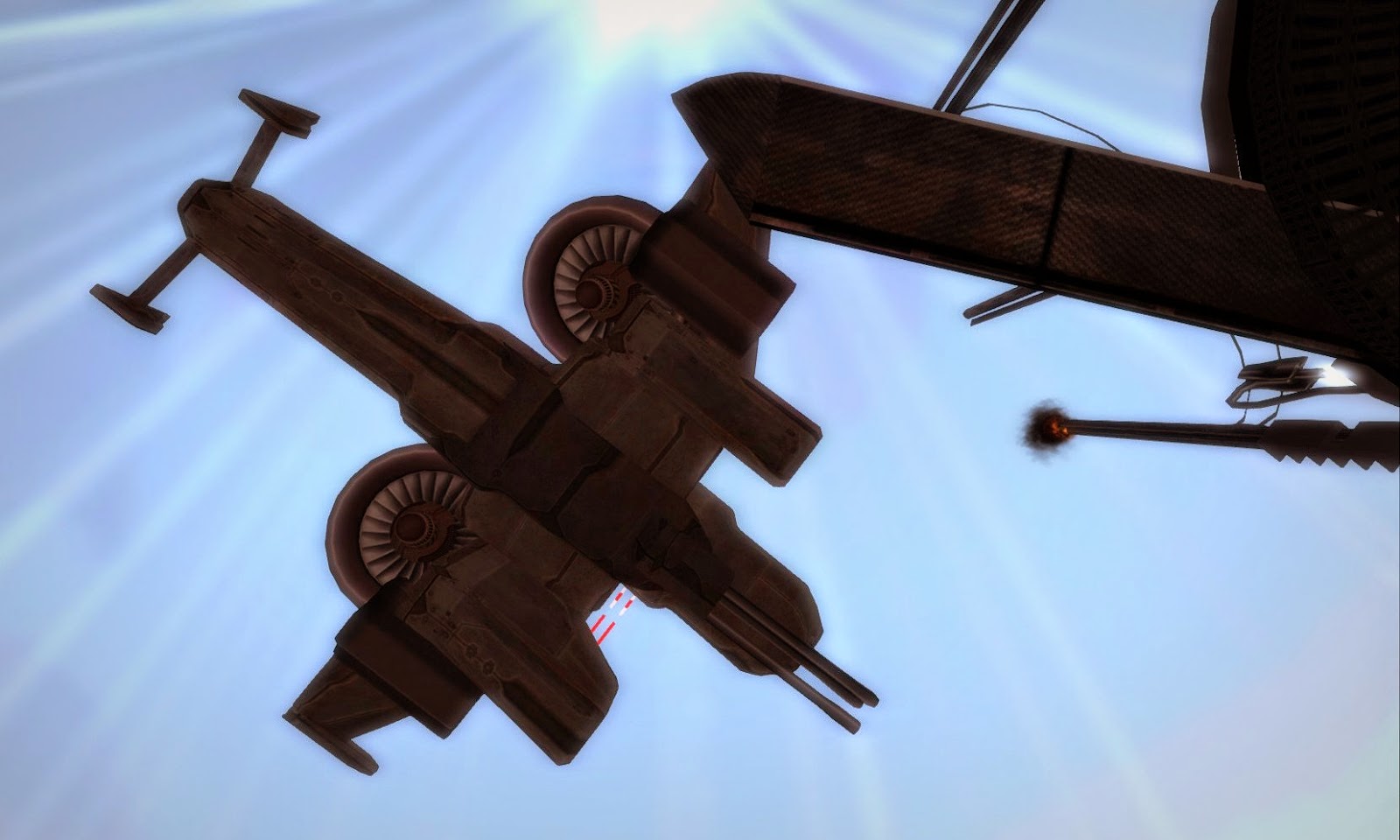 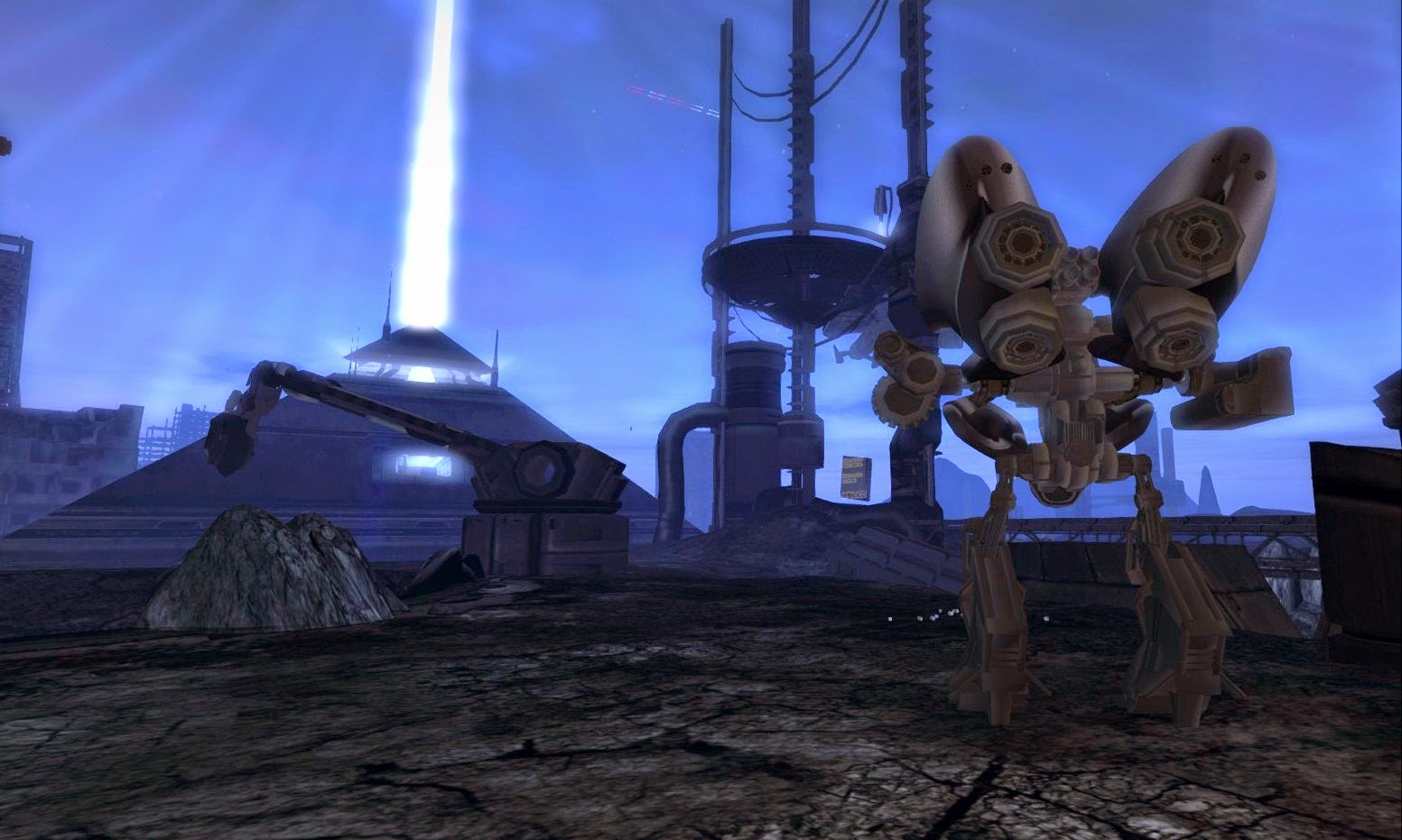 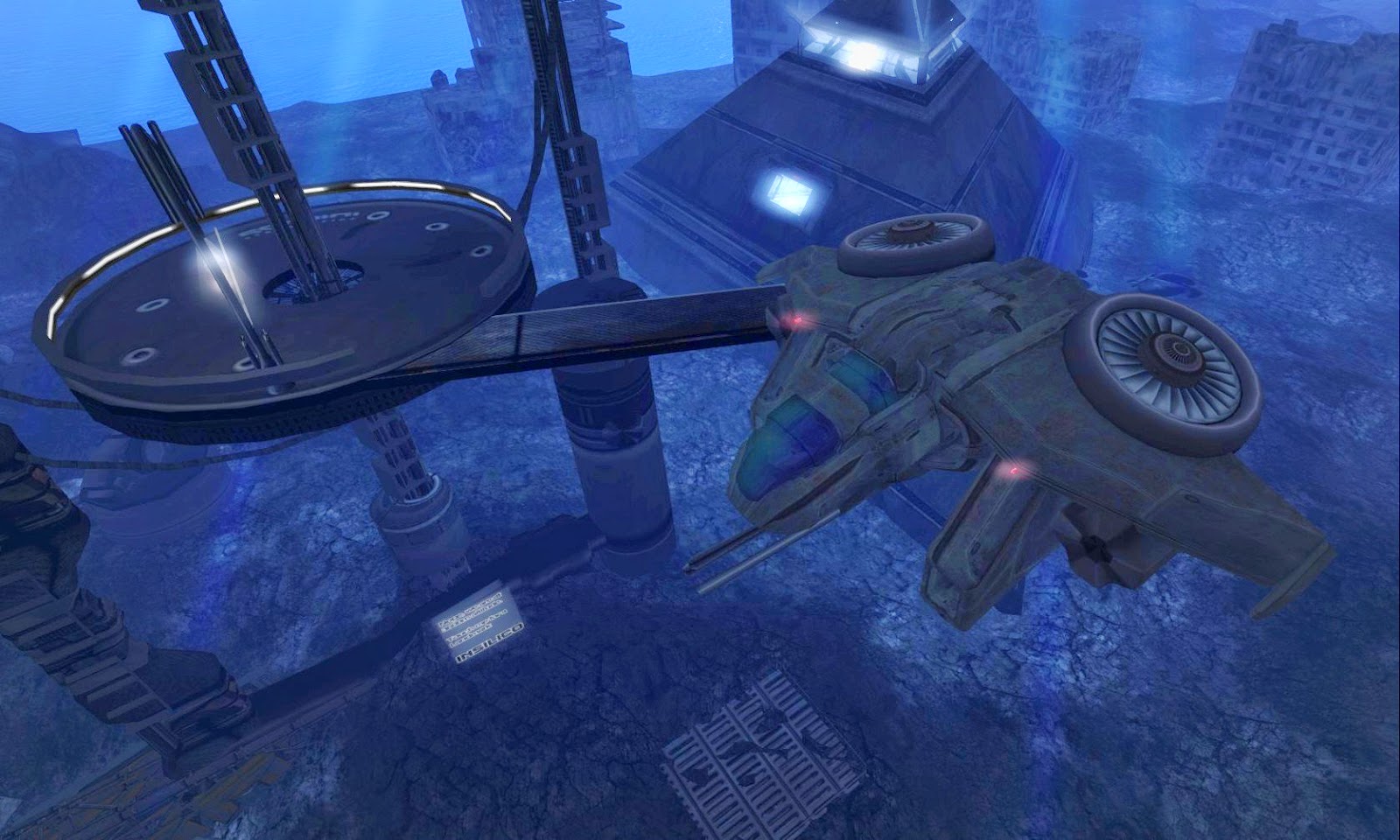 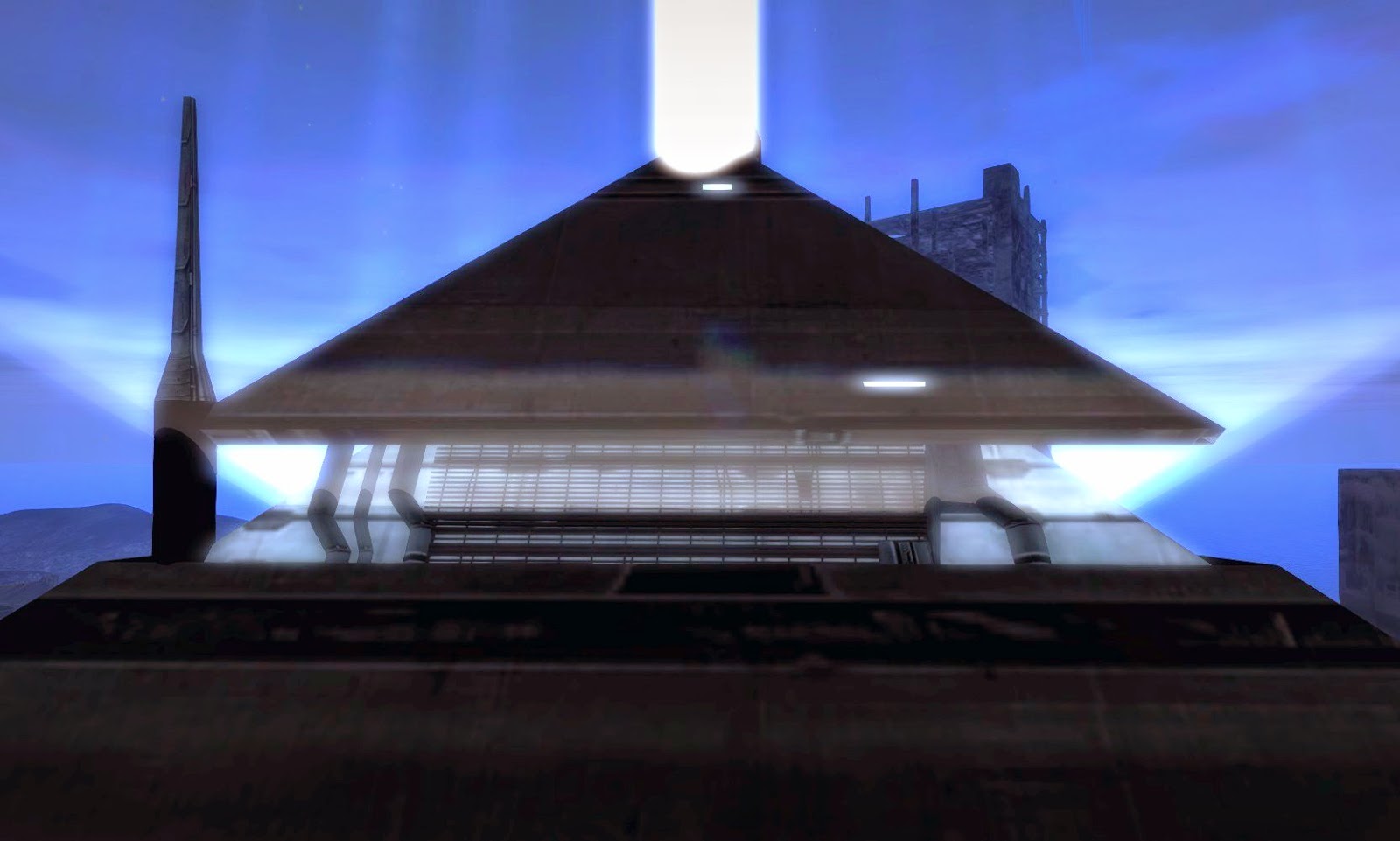 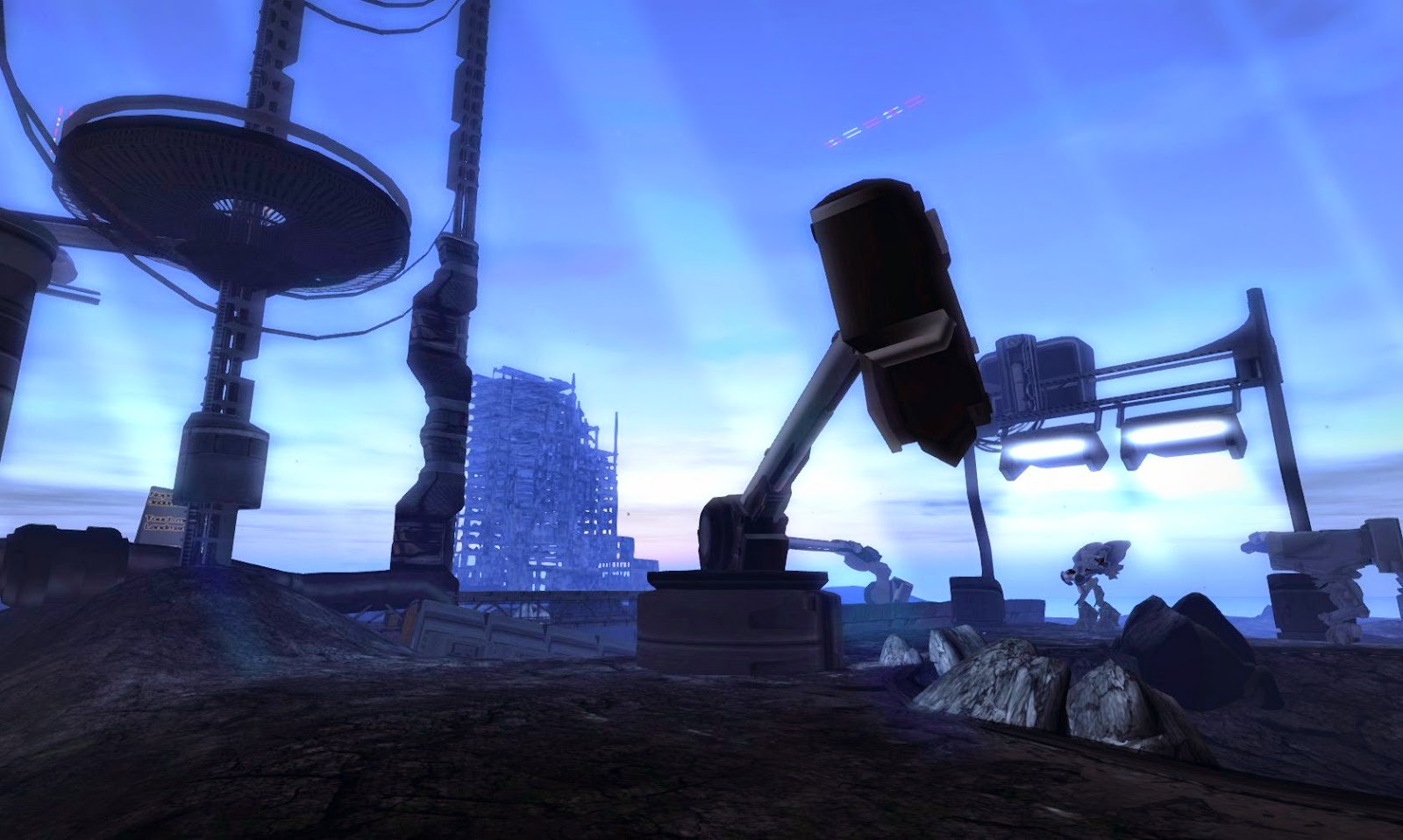