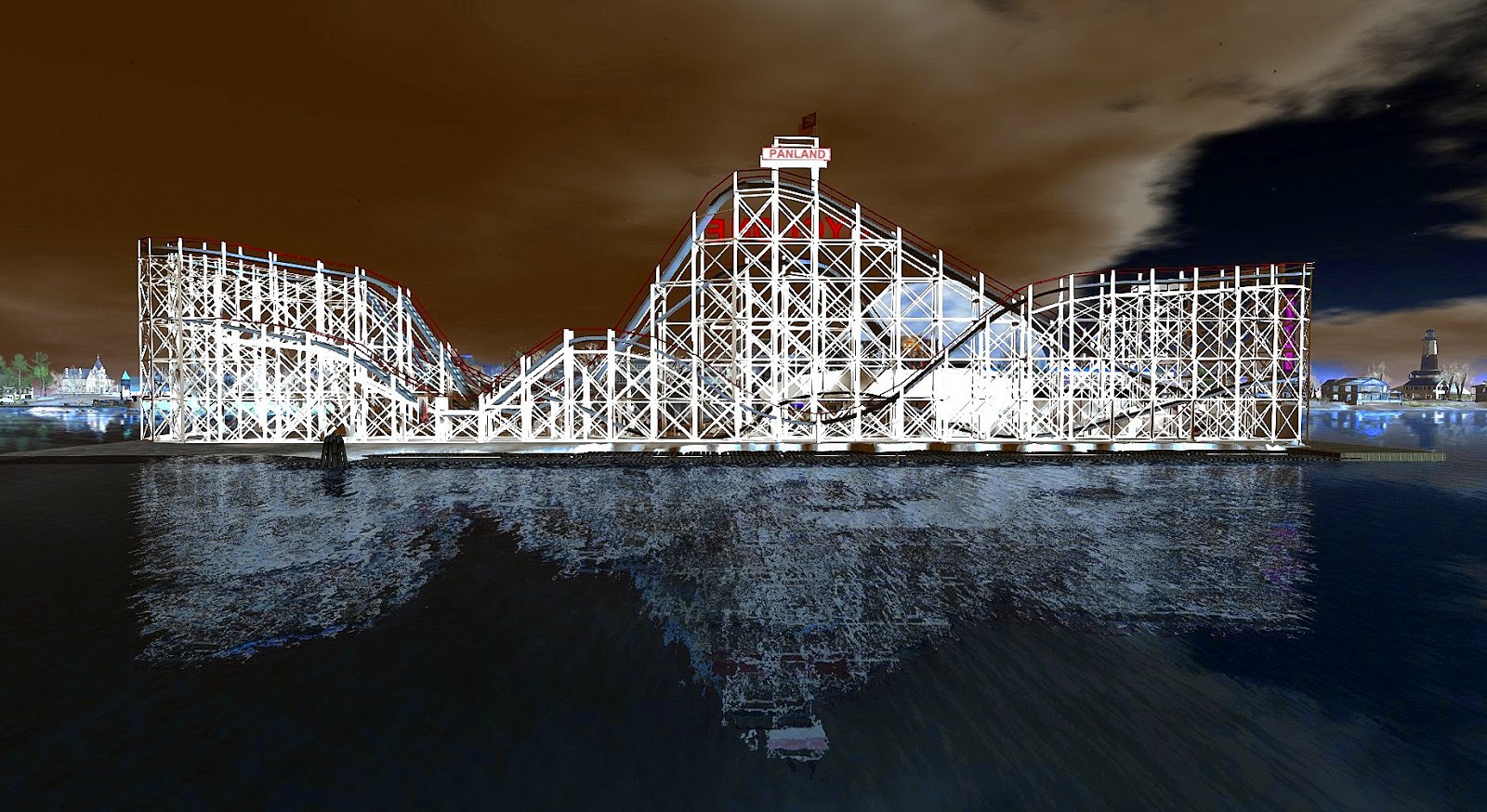 There is a collection of sims which represent the different regions of New York State in Second life named New York Healthscape. The depiction of New York City in the Southern part of the region is the most developed. There are no skyscrapers here, this is the New York City outside of the skyscrapers of Manhattan still has the charm of 19th and early 20th century residential and commercial structures. The region known as Soho New York is actually designed to be representative of the borough of Brooklyn, which contains some of New York's most charming neighborhoods. 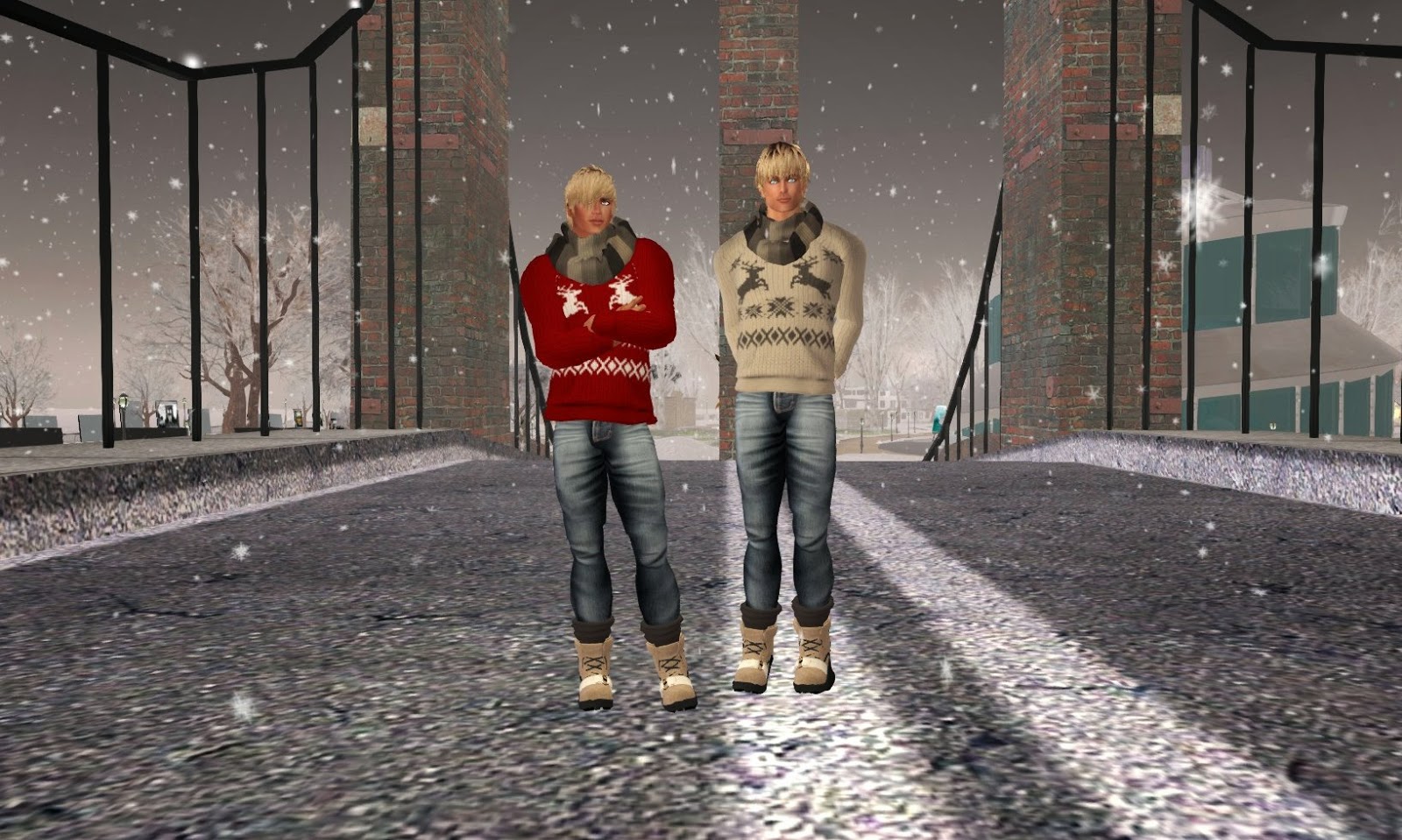 Benja and I visited Soho New York (which is actually Brooklyn) by crossing the bridge of the same name. We found a neighborhood which reminded us of one of our favorite parts of New York City, Brooklyn Heights, which is also close to the base of the actual Brooklyn Bridge. 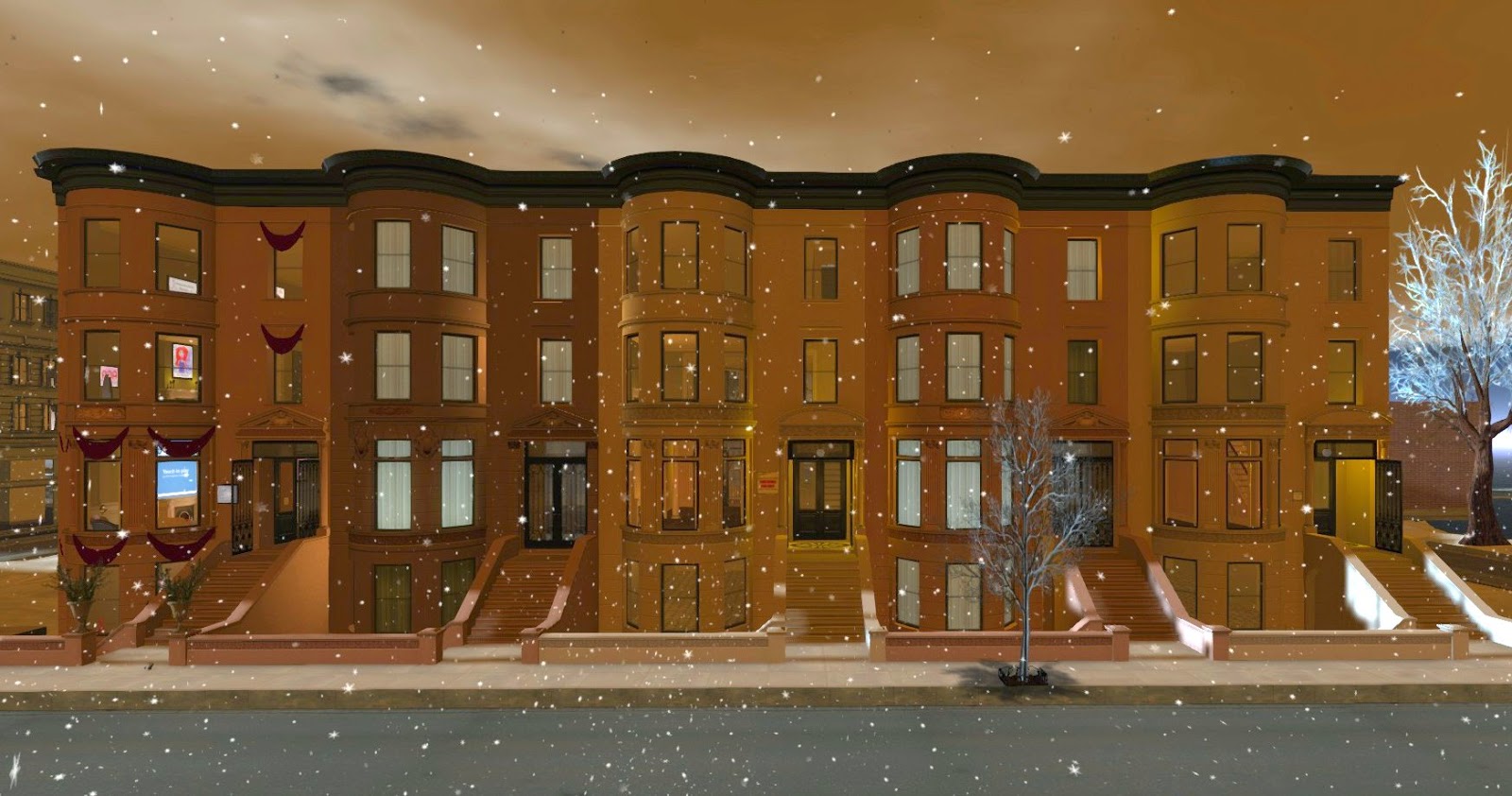 These quaint brownstone row houses reminded us of the real thing. 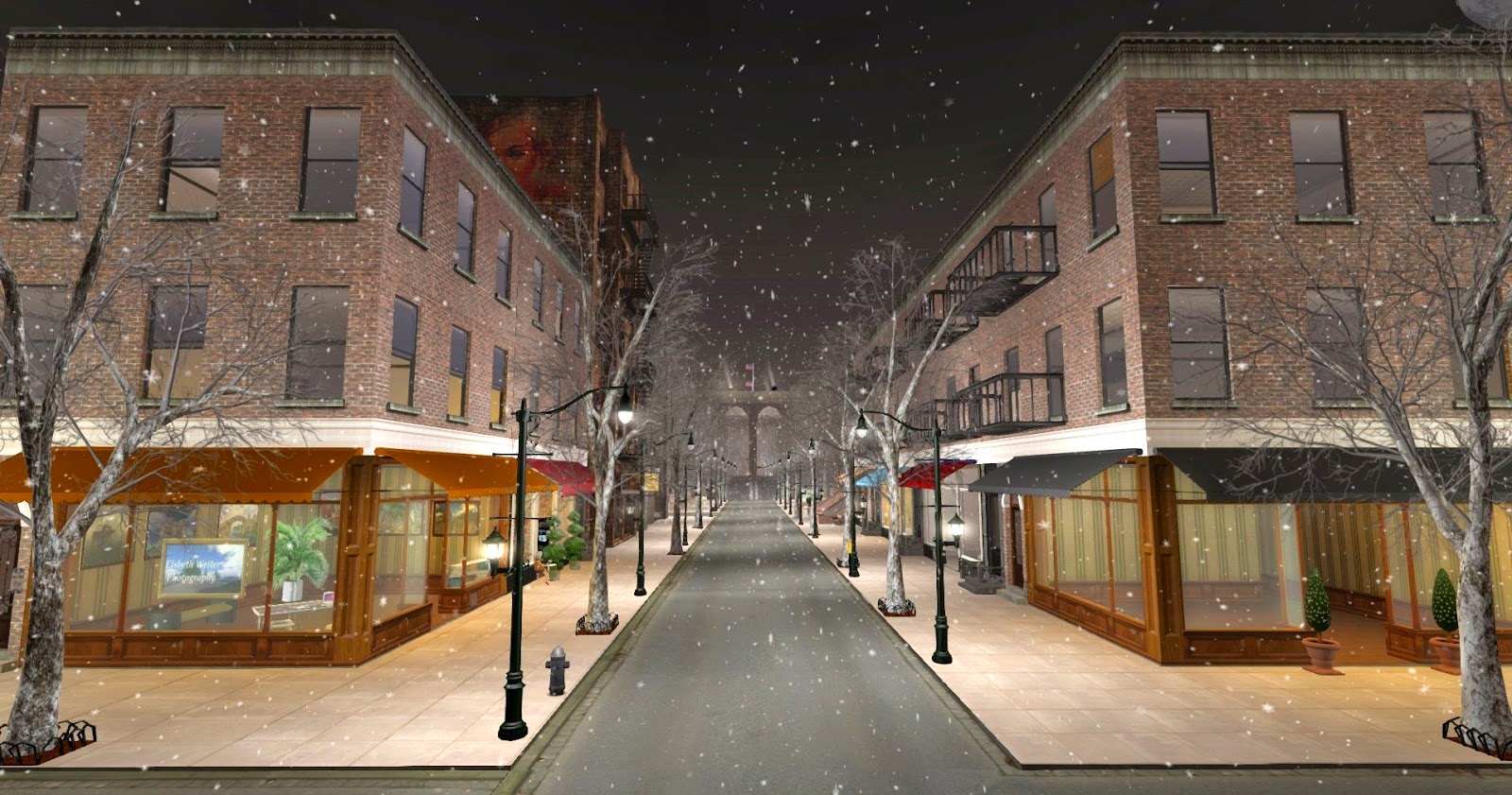 The Brooklyn streetscapes are charming in the January snow. 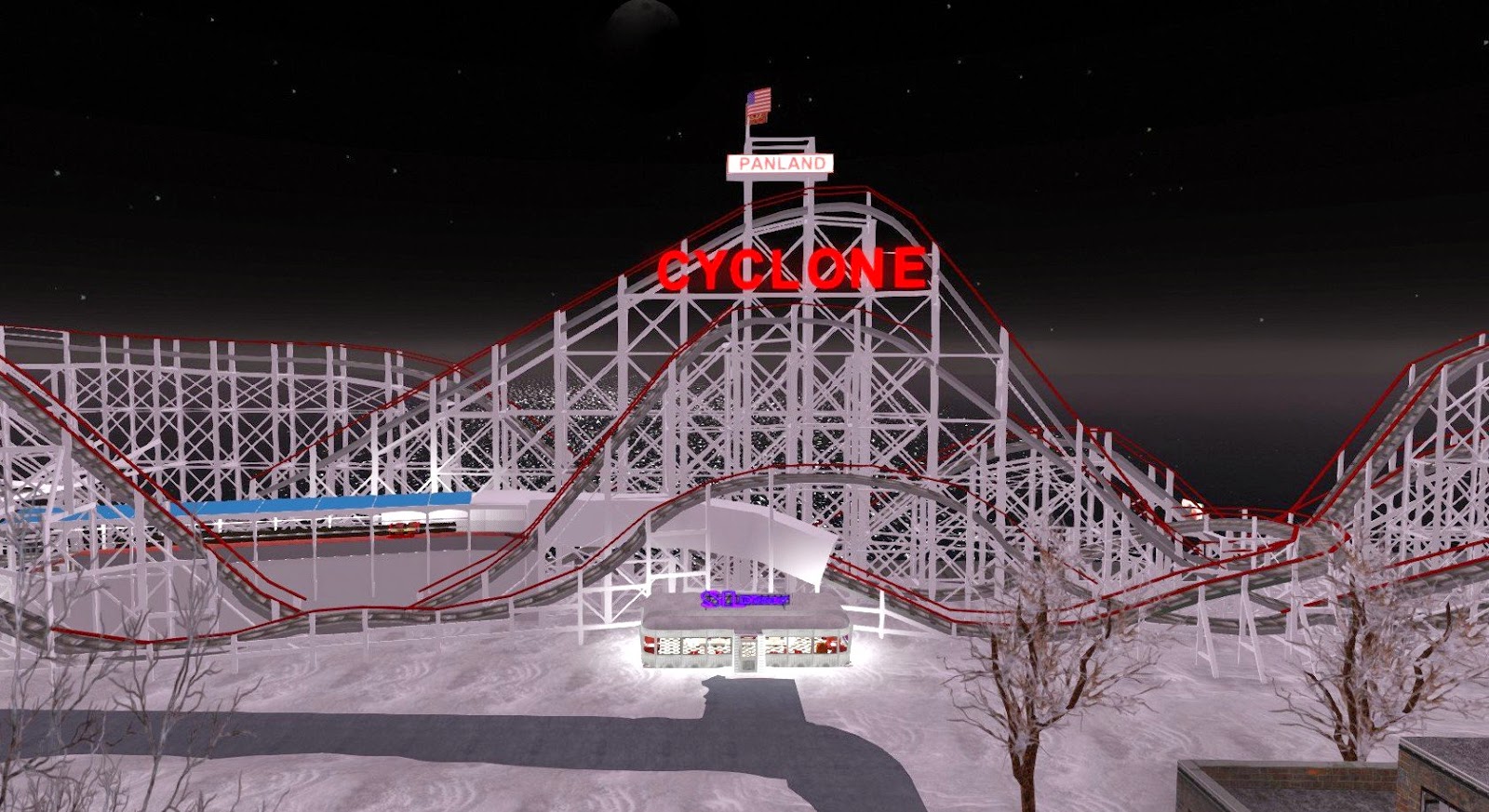 As we continued to walk, we saw the famous Cyclone Roller Coaster in Brooklyn's Coney Island - a beachside neighborhood and area of amusements which has attracted over 100 years of New Yorkers on hot summer days for balmy sea breezes and good times. 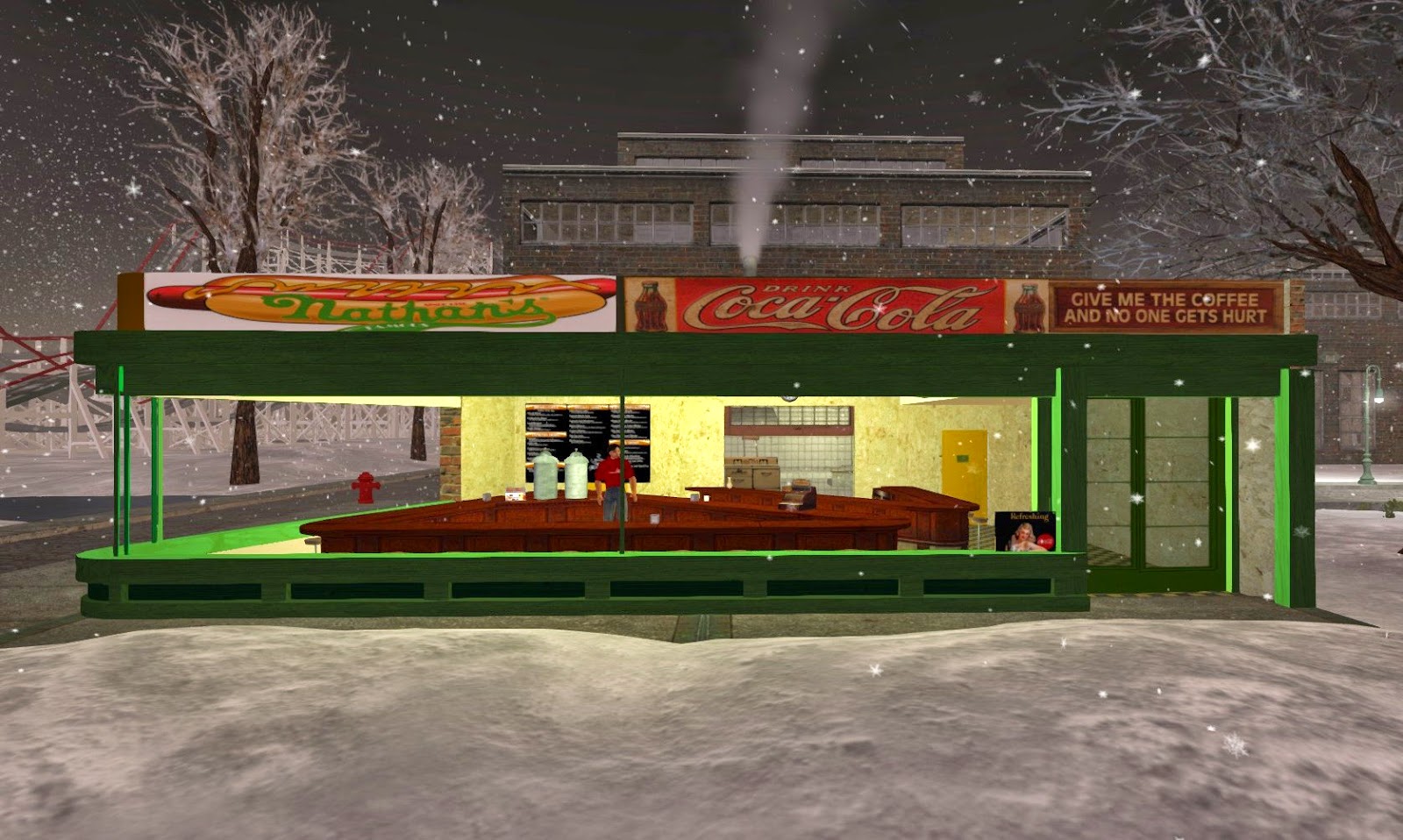 Before we continued our journey, it was time for a break. I was very excited to see an outpost of what I thought was a Coney Island landmark - Nathan's Famous Hot Dogs!   I told Benja, who is a sophisticated native of Catalonia Spain, that Nathan's Hot Dogs (or Franks as they are locally known) are a gourmet treat, especially served on a roll with deli mustard and sauerkraut-- and not just snack food! 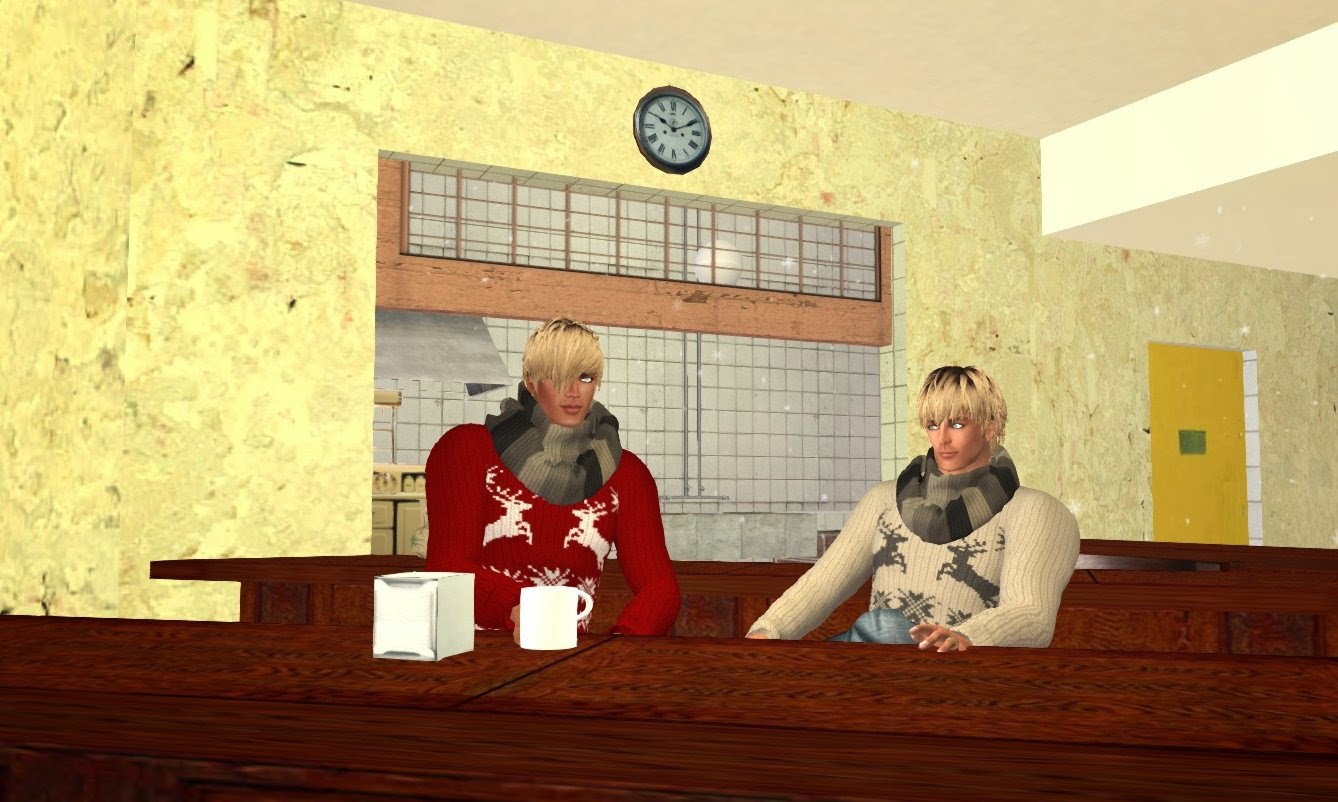 But progress ensued and all we found was an upscale coffee bar with a barista in attendance. Sometimes progress goes backwards! 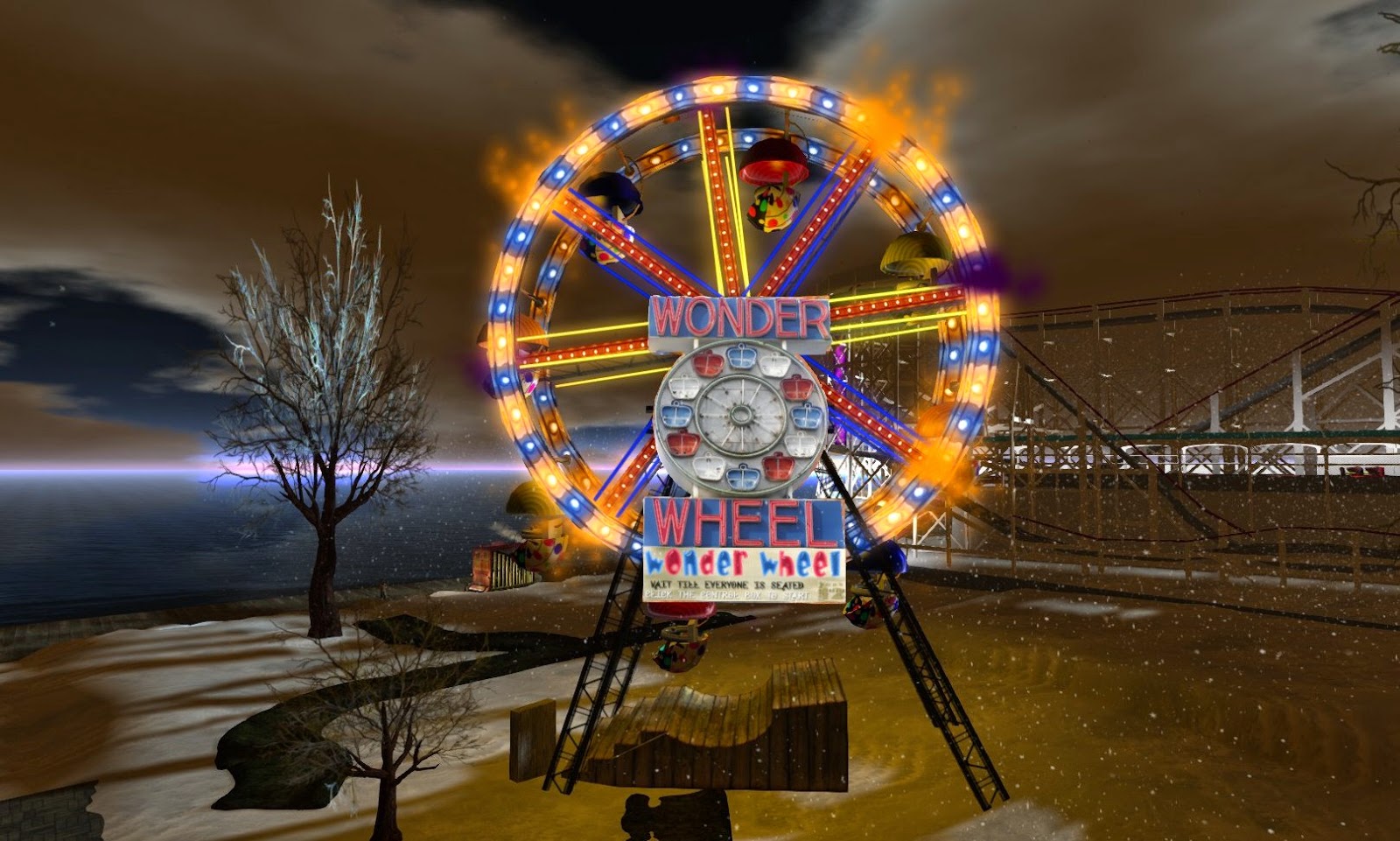 Before we rode the Cyclone coaster, we tried out the wonder wheel -- which also works and gives you a great view of the surrounding area. But it was the Cyclone Coaster that really caught our eye! 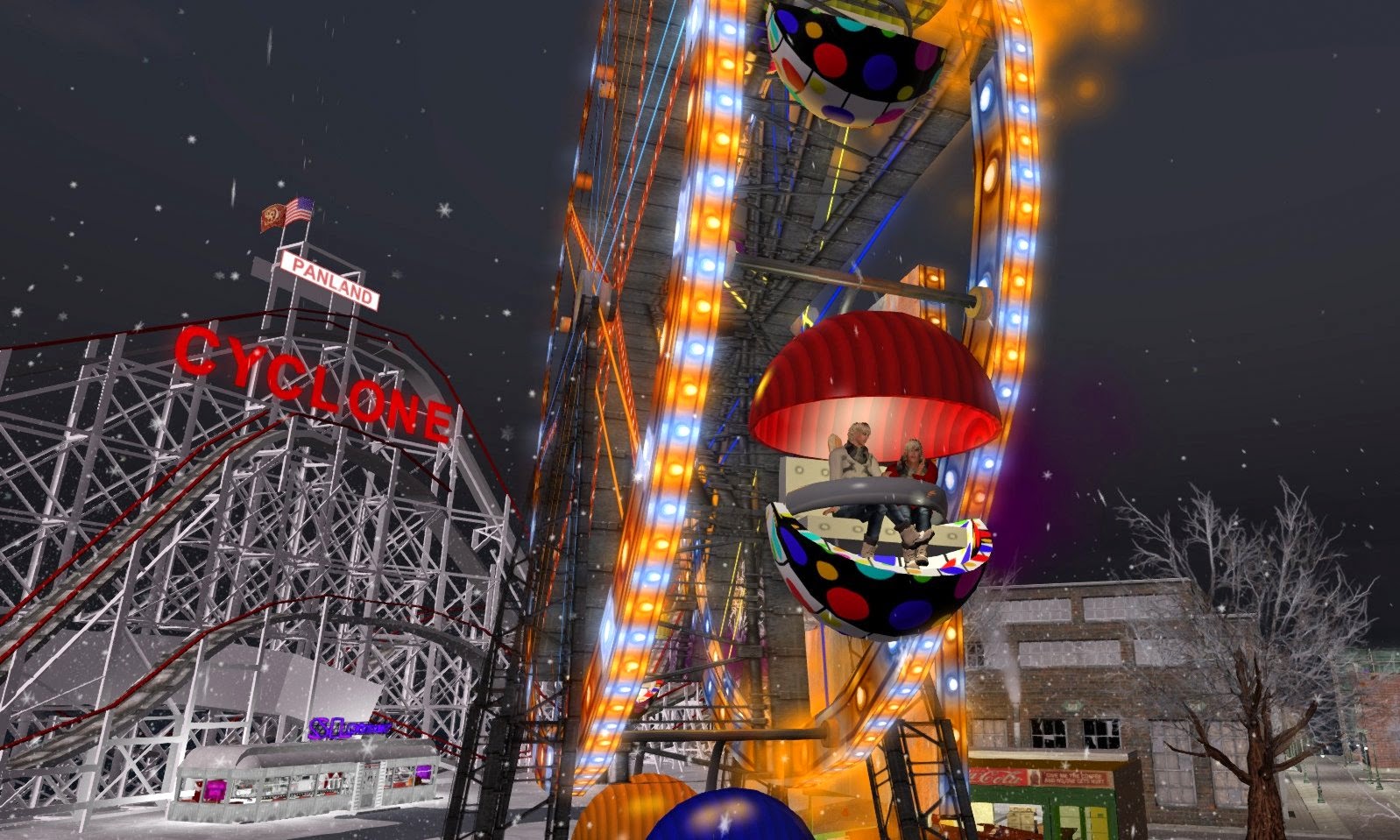 The working Cyclone Roller Coaster is huge and one of Second Life's bast attractions. Make sure to visit -- and visit the surrounding neighborhood to see a very good virtualization of the greatest Borough -- Brooklyn -- in the greatest city in the world, New York.  Oh, can you figure out that was born in Brooklyn and still consider myself a Brooklynite through and through?

I highly recommend that you visit:
http://maps.secondlife.com/secondlife/SOHO%20New%20York/237/65/23