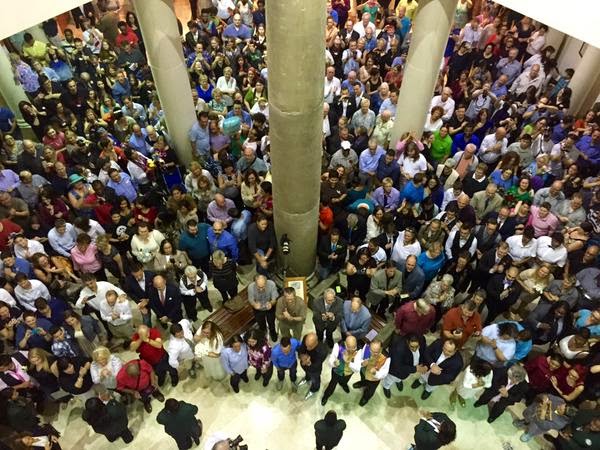 What an exciting evening!

The State of Florida has marriage equality today. An official mass wedding of scores of same-sex couples, which started right after Midnight, is underway in Palm Beach County.  Huge crowds are gathered in and outside the courthouse in Delray Beach, Florida -- not far from where I live.

County Clerk Sharon Bock, who is conducting the mass ceremony, has just said "Marriage has now been recognized as a fundamental freedom and basic civil right of humankind". Tears are streaming down the faces of many in the crowd,.

It is a historic day indeed for Florida, the third largest of the 50 states with a population of nearly 20 million people.  Over 230 million people in the United States, or 73% of the population,  can now marry the person they love. Marriage equality can come to the entire United States as soon as this June - depending on how quickly the U.S. Supreme Court rules on a case.

Updated -- here is a video of the ceremony!