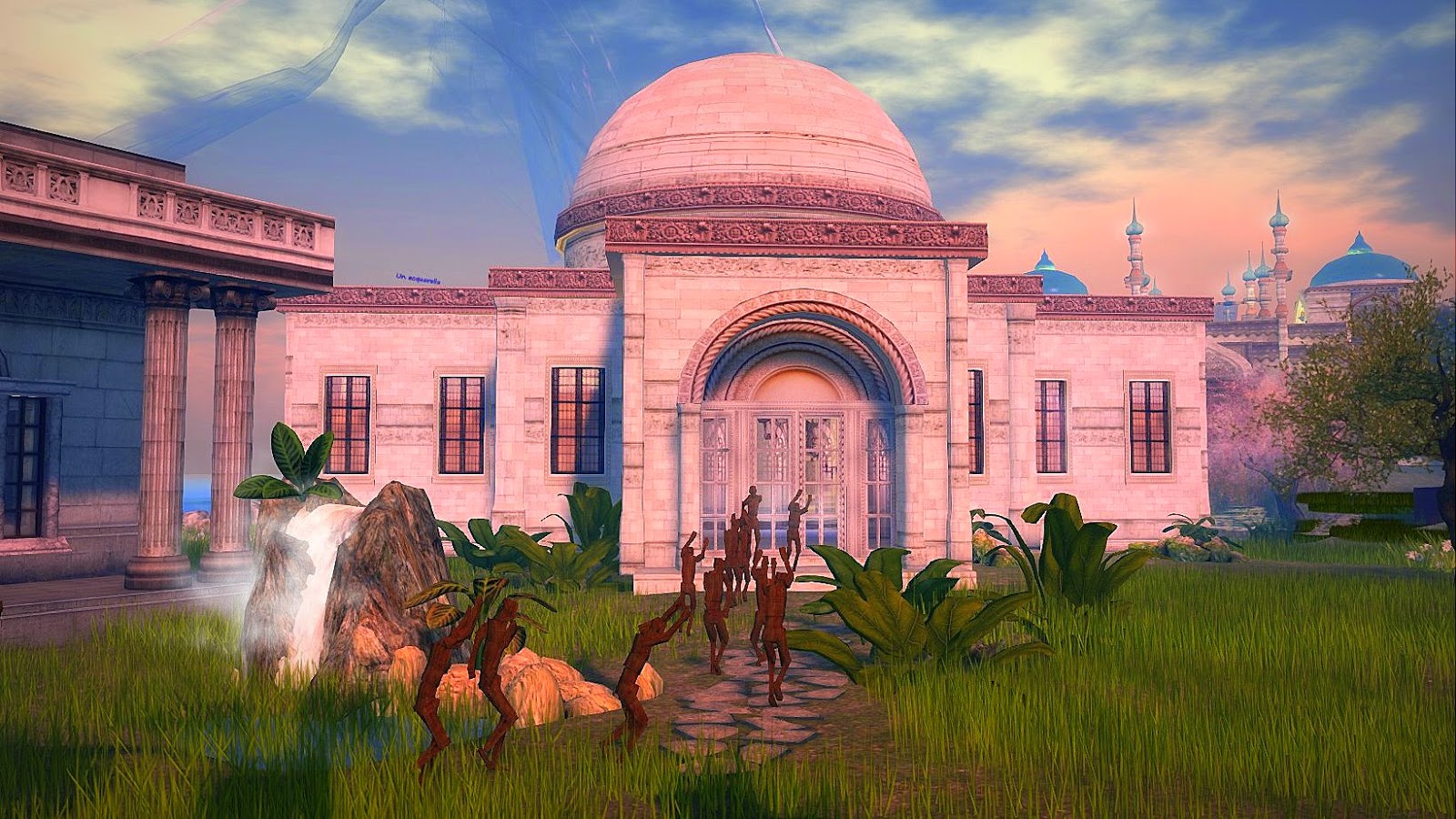 The Gods Dwindle is an environmental exhibit by Haveit Neox, master builder of the ACC Alpha Complex, over at Plusia Ars Island.  The exhibit is houses in three buildings by Kaya Angel, master builder of the Rose Theater and Angel Manor Arts Complex.  The three-dimensional exhibit consists of sculptured human forms who interact with elements of nature in animated tableaus. I thought the entire effect was quite well done and thought provoking. 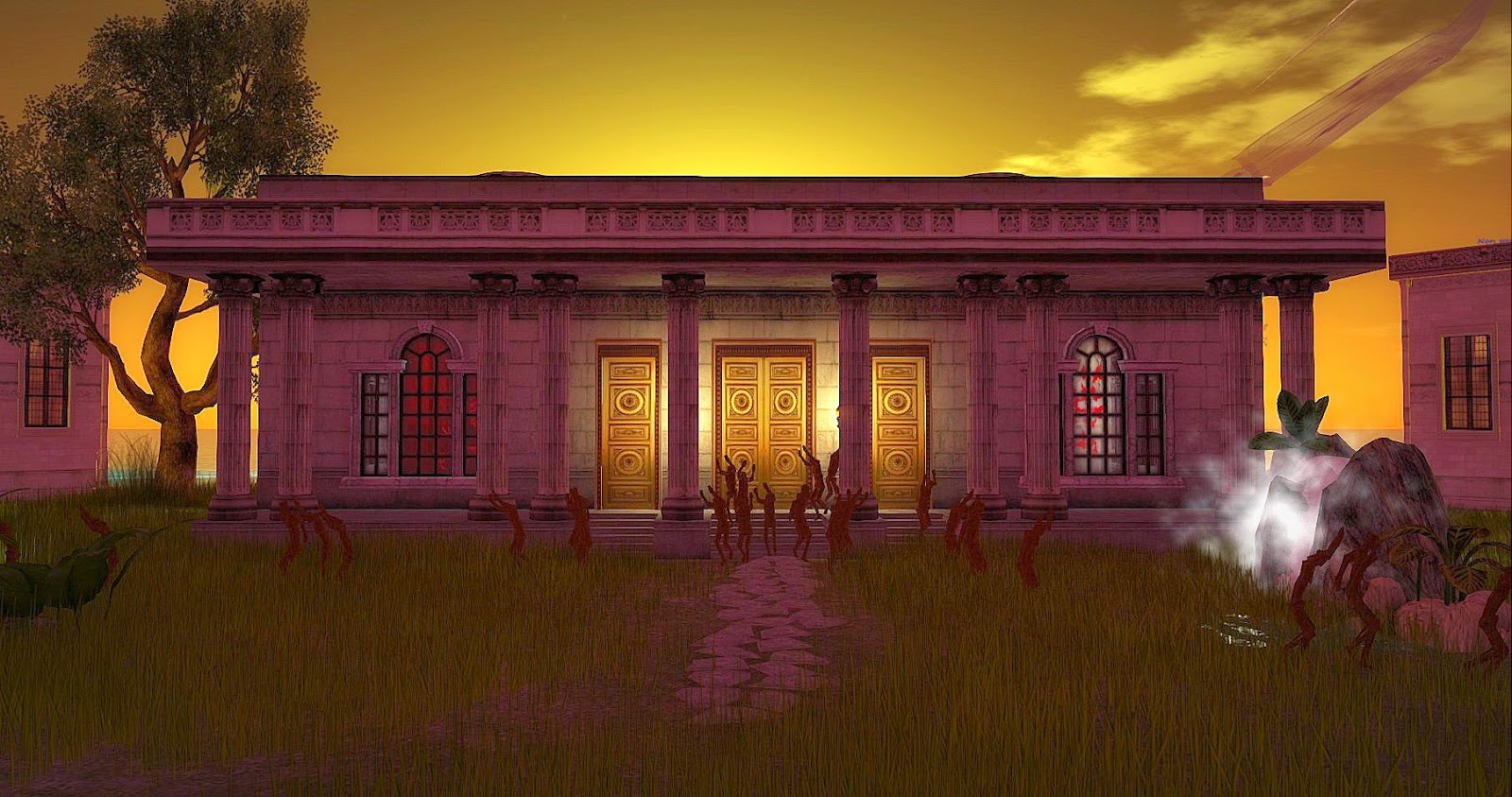 The exhibit is houses in three buildings by Kaya Angel, master builder of the Rose Theater and Angel Manor Arts Complex.


Plusia Ars Island itself has several good art exhibits of which this is just one.  Check out the other installations and structures while you are there. 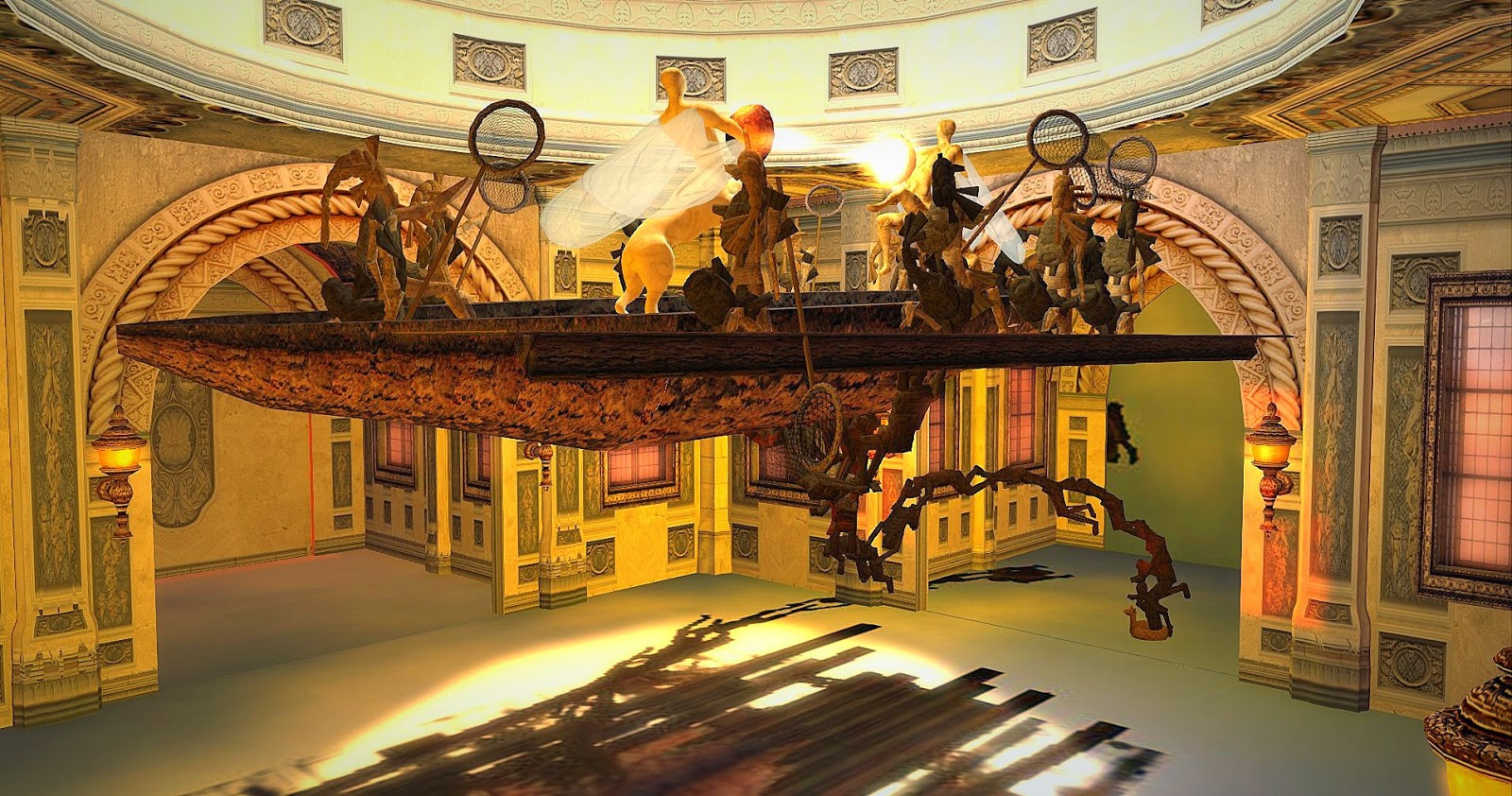 Humanity has devastated the planet. Only three Gods remain: Gaia, the Earth Goddess bleeds internally, her lava burning landmasses, boiling lakes and rivers. Neptune, God of the Sea suffocates in the hot oxygen deprived oceans of dead fish. Horus, the Sky God, gives up the heavens and all his days, freezing time into a mirror. 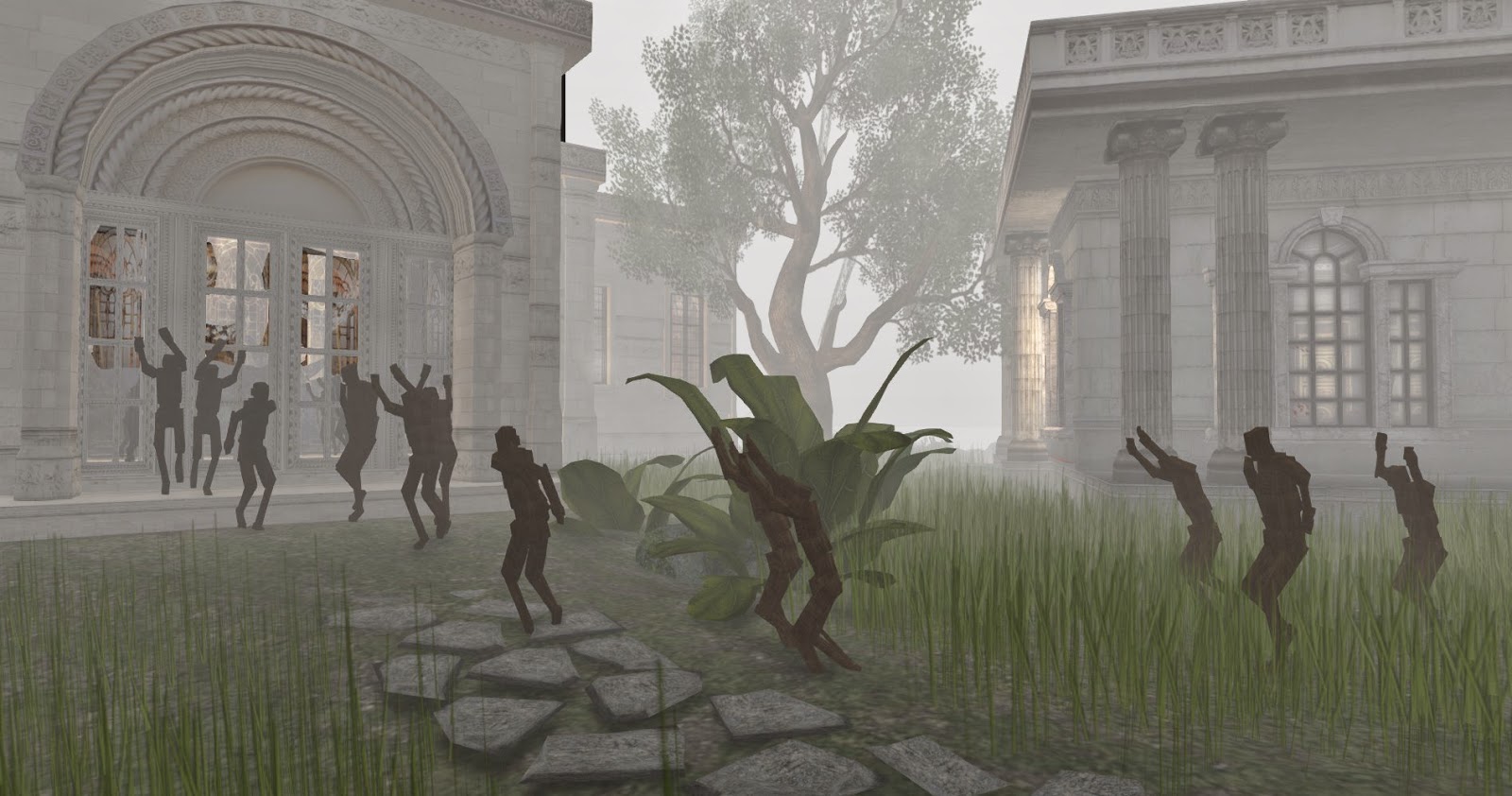 No visit to this exhibit would be complete without seeing Haveit Neox's masterworkd, ACC Alpha, which is a Mediternean city set in a jungle ruin.

To see my full review of ACC Alpha from earlier this month:
http://eddihaskell.blogspot.co.uk/2014/11/great-second-life-destinations-haveit.html

The GIF above from The Gods Dwindle is composed of about 20 frames in sequential order and was made using the gifmaker.me online service. You can see an example of a single JPEG frame below the complete animation. 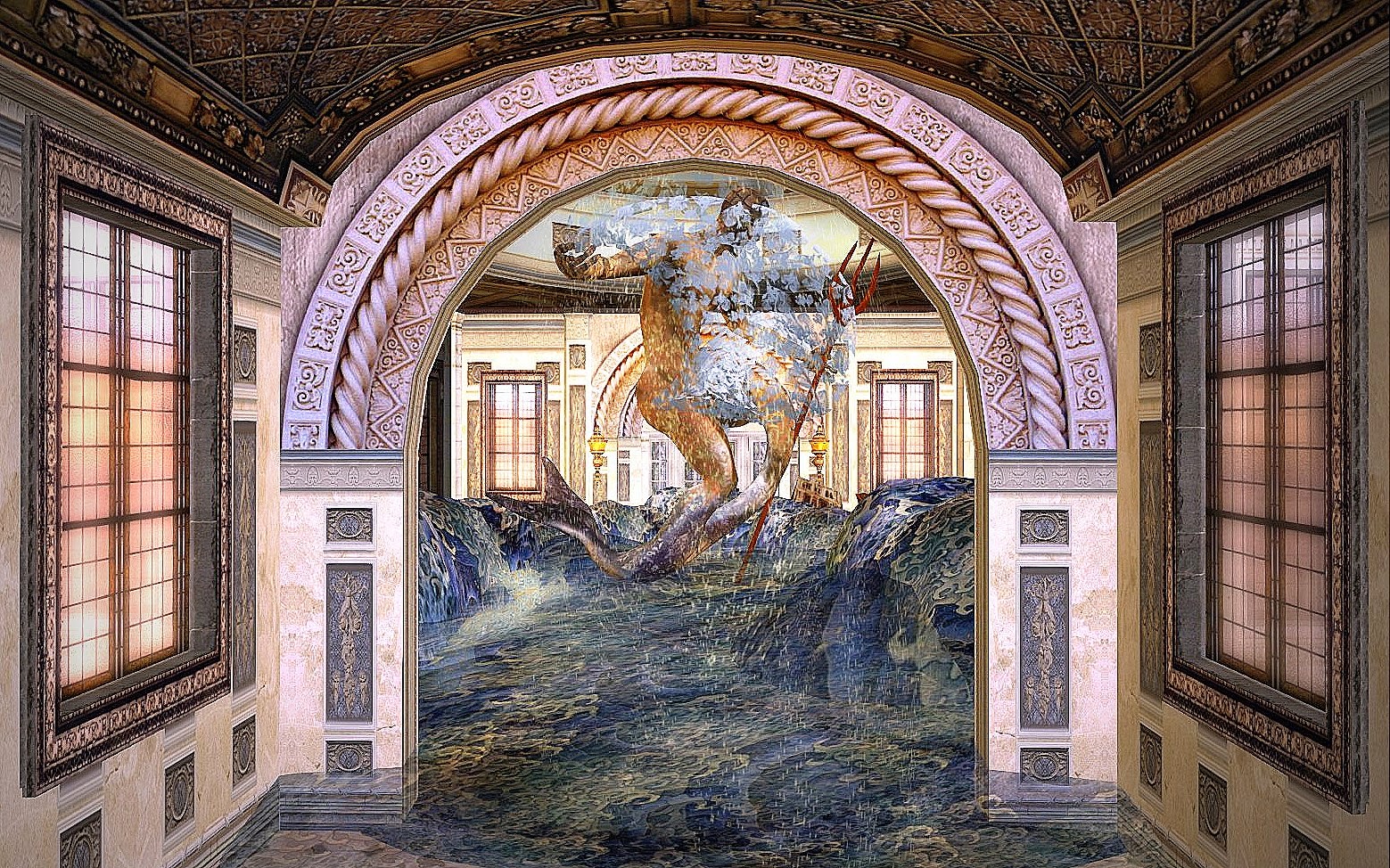