Classic Cinema: Gone With The Wind Opens 75 Years Ago Today in Atlanta 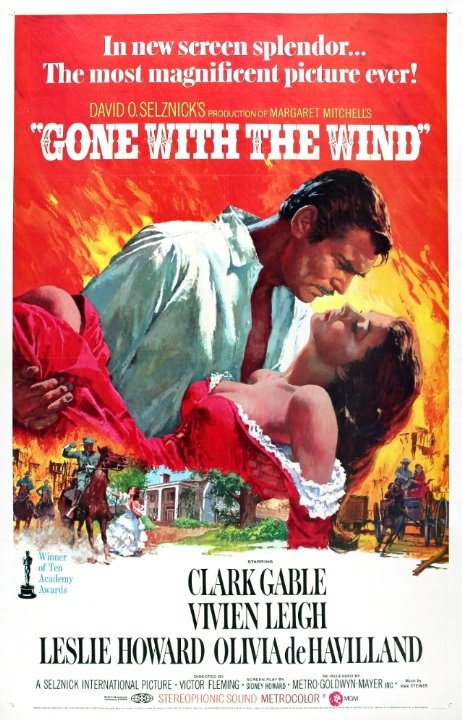 Gone with the Wind  is the most famous epic produced about the United States Civil War, and is  arguably the best known film of all time.  It took home a remarkable 8 Oscars and dominated a year the many consider to be the best year in cinema's history for great films. Adjusted for inflation, it is still the most successful film in box-office history.

The film has been criticized for its historical revisionism and glorification of slavery,  Hattie McDaniel was the first African American to win an Oscar for her portrayal of Mammy, which these days is an offensive stereotype for black domestic help and older black females in general.  The film nevertheless has been credited for triggering changes to the way African Americans are depicted on film up until 1939.

Clark Gable's iconic performance as Rhett Butler only earned him a nomination and not the award itself, which went to British Robert Donat for his performance in Goodbye Mr. Chips, a fact that always bothered him.

See the film's Wikipedia entry for more information:
Gone with the Wind

To find out other films made in 1939, the greatest year in the history of film:
http://eddihaskell.blogspot.com/2014/02/classic-cinema-my-list-of-9-greatest.html
Posted by Eddi Haskell at 6:00 AM