Politics: My Forecast for the Upcoming U.S. Elections on Tuesday Predicts A Republican Senate 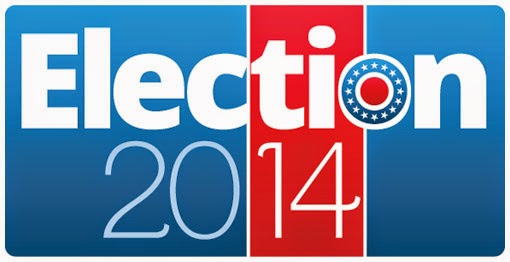 One of the things that I like to do in my spare time is play the part of a political pundit and forecast elections.


The Midterm elections in the United States  happen next Tuesday, November 4. They are called Midterms because the Presidency is not up for election -- but the Congress and most of the Governor positions of the 50 states - 35 in total--  will be voted upon.


The only prediction I am making in the governors races is that my home state of Florida will dump our serious crooked governor, Rick Scott, and replace him with Charlie Crist, the last governor who was a Republican -- and is now running as a Democrat. If this sounds confusing, everything about elections in Florida is.


The House of Representatives - My Prediction

The entire U.S. House of Representatives, the lower body in Congress, all 435 voting seats, are up for election. The U.S.A. is one of the few democracies around the world that has a set election at a short 2-year interval for the lower house. I am forecasting that Republicans will pick up 7 seats and keep control of the House. The new congress will have 194 Democrats and 241 Republican members.

This will be the worst showing for the Democratic party in the House since 1946, and a victory for the Republican party.  Even though both parties should get around the same number of total votes, the Republicans have a huge advantage in the House since they have done a good job of gerrymandering, or apportioning districts in states to the own advantage.  An example of a gerrymandered district in Florida is show above.


The United States Senate - My Prediction

The races that everyone is paying attention to is the upper house or the Senate of the United States. There are 100 Senators -- two from every state no matter what the size, and 36 of these are up for election. The Democrats now control the Senate with 55 seats.

Up until yesterday I thought that the Democrats might keep control, but last minute polls have come out that have changed my mind on Saturday night.  I now think they will narrowly lose control and end up with 48  seats, a loss of 7.  The one poll that came out that changed my mind is an Iowa poll which shows the incumbent Democrat 7 points behind to a very conservative right-wing Republican. Iowa was a state the Democrats had to win.

Why is the Senate important, particularly for people concerned about LGBT rights?

The main reason is that the Senate must approve the President's appointments for federal justices, including the ones that sit on the important Supreme Court (SCOTUS). If the Republicans gain control of the Senate, they can simply refuse to vote on President Obama's progressive nominees, and wait two years -- when they hope to gain control of the Presidency in 2016.  Anyone covering the issue of marriage equality in the United States knows that the courts are ruling in favor of it -- and that if more Conservatives gain power, this will end.


The second reason is that the Republicans, much like they are doing now in the House, can open investigation committees and make life difficult for former and current Democratic officials, most notably  the person who is now favored to the the Democratic party nominee in 2016,  Hillary Clinton. The Republicans will be issuing subpoenas compelling her to testify before Congress for a wide range of trumped-up charges, in the hopes of discrediting her. The only problem with this strategy is that Hillary has shown she can more than handle herself when confronted. 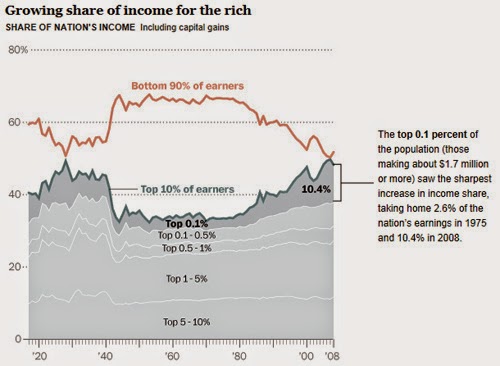 The Republicans will do their best to turn back a wide range of socially progressive legislation passed in the United States in the past several years, including national health insurance (Obamacare), and end any pro-environmental legislation, including anything that combats global warming. They will control both houses of Congress -- but President Obama will still have veto power, and can force a compromise that benefits all and not just the very wealthy, the only group seeing income growth in today's economy.

On a positive note -- in 2016, there will be another Senatorial elections. This time, the Republicans will be defending 24 seats to 10 for the Democrats.  It is going to be very hard for the Republicans to keep all these seats, particularly since Democrats are expected to turn out in high numbers to vote for Hillary Clinton, or another nominee if she decides not to run, or somehow loses the nomination.

So there you have it. I will let you know later next week how I did.