On This Day: The Berlin Wall Falls 25 Years, Ending the Cold War and Bringing Freedom to Millions 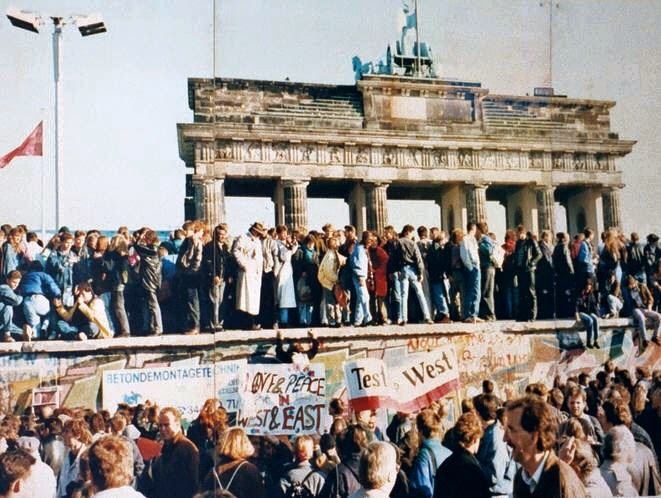 On the evening of November 9, 1989, the Berlin Wall, an eyesore that kept 3 million West Berliners isolated from their neighbors and families in the eastern part of the city, fell to cheering crowds on both sides.  The nation of Germany would united a year later, and the cold war was officially ended -- with the fall of the Soviet Union itself coming in 1991.

That night was perhaps the greatest worldwide "positive" news event since the end of the Second World War in 1945, will be remembered by anyone who watched it for its cheering crowds and the look of pure delight on the faces of the East Berliners who saw what real freedom looked like for the first time.

To find out more:
http://en.wikipedia.org/wiki/Berlin_Wall

The ABC news broadcast from the United States that evening: