The Roman city of Colonia Nova goes back to the earliest days of Second Life . It is part of
the Confederation of Democratic Simulators, which goes back to September 2004.  The 5-sim Microcontinent includes a German alpine town, a monastery, and other attractions. The build itself of Colonia Nova has structures and artifacts which date back to October 2006, which is ancient history in Second Life. 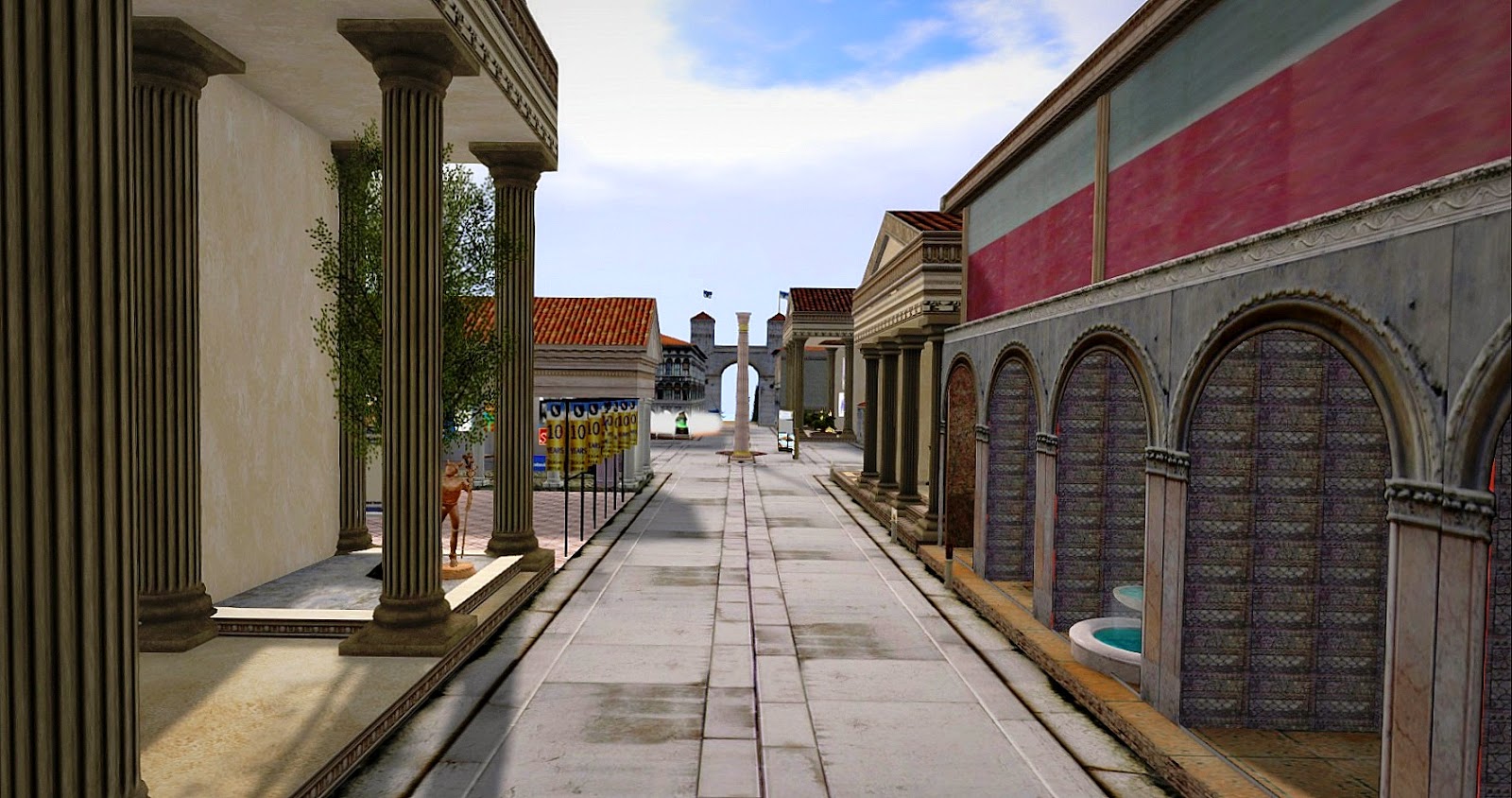 I found the build to have held up surprisingly well given how uncomplicated the construction is. Mesh shapes and complicated textures are hold to a manageable level, which makes it very fast to rez. The central part of the build is given over to shops and much signage, you must go to the corners of the build to see things here at their most attractive. 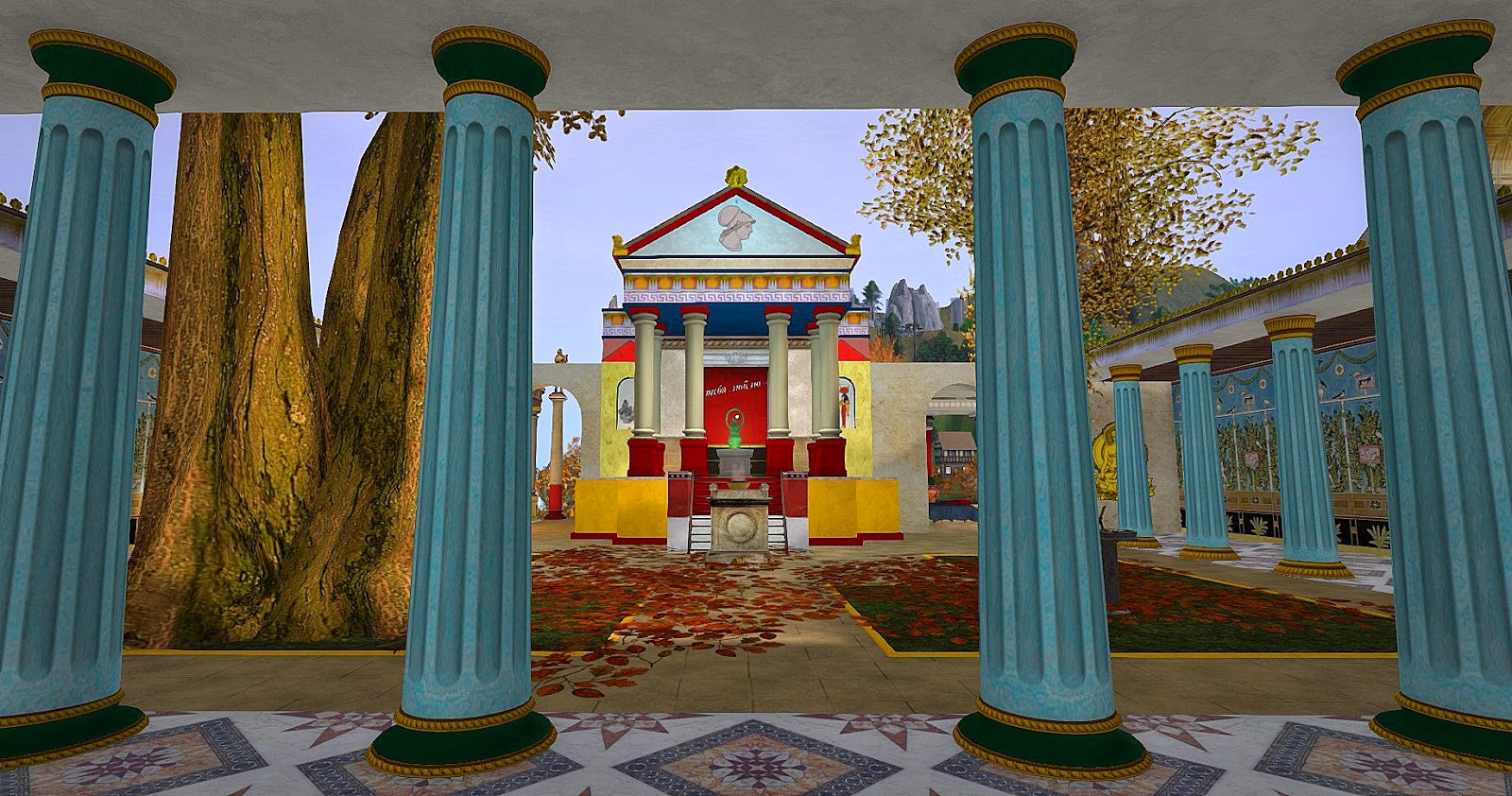 The city of Colonia Nova is not entirely Roman, I saw Greek, Egyptian, Russian and Renaissance period design influences. Everything works well together. The bright colors and well designed layout is classic and will hold its own 10 years from now, when virtual reality is the province of three dimensional headsets and holographic images. This is very pretty destination, with nice detailing,  and will give you an idea of how Second Life has progressed over the years. I recommend a that you visit. 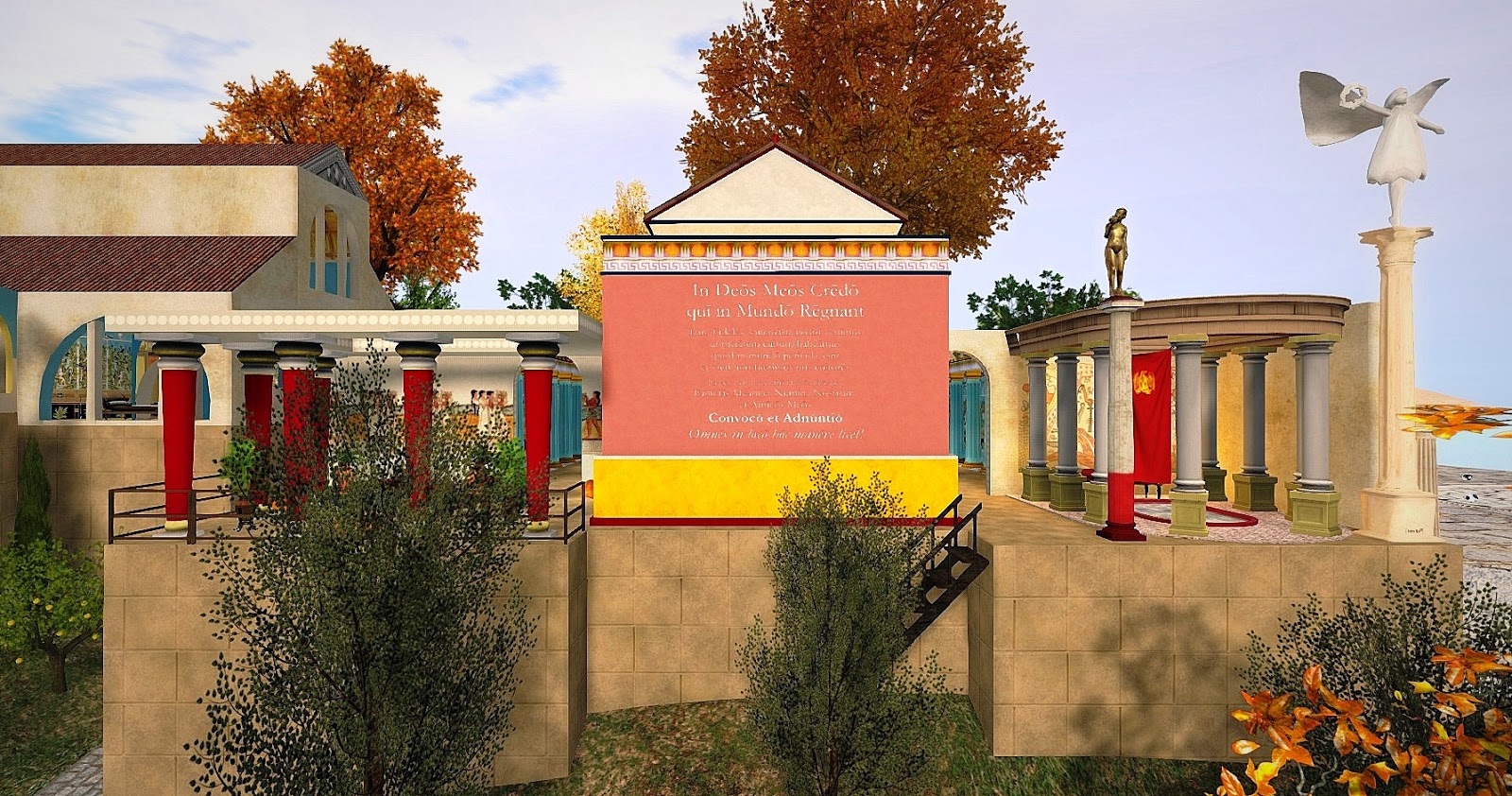 To visit (SLurl takes you to the central forum):
http://maps.secondlife.com/secondlife/Colonia%20Nova/71/190/43

Second Life destination guide entry of the Plasmolen Villa, a Roman Long House which is shown in the top photograph:
http://secondlife.com/destination/plasmolen-villa 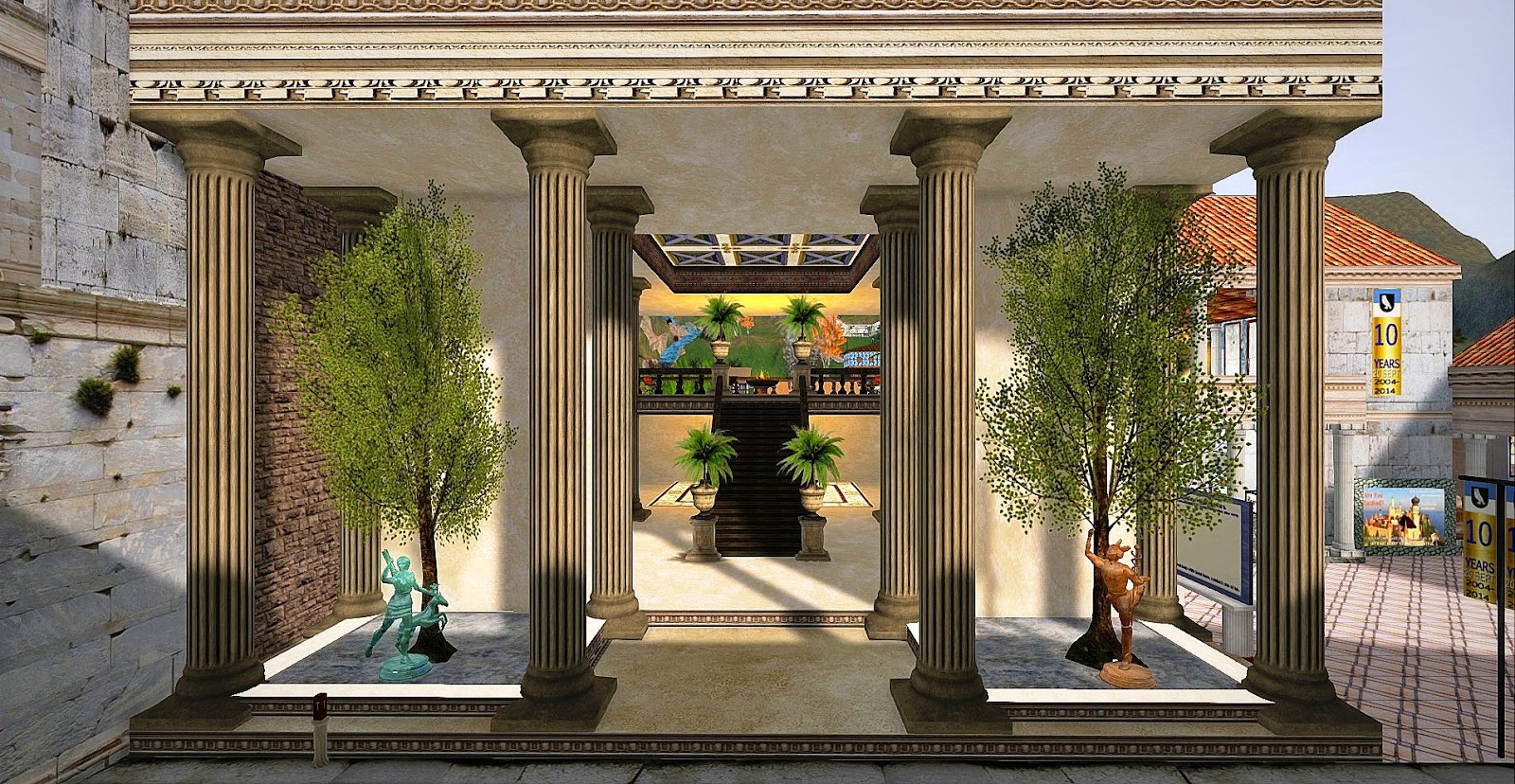 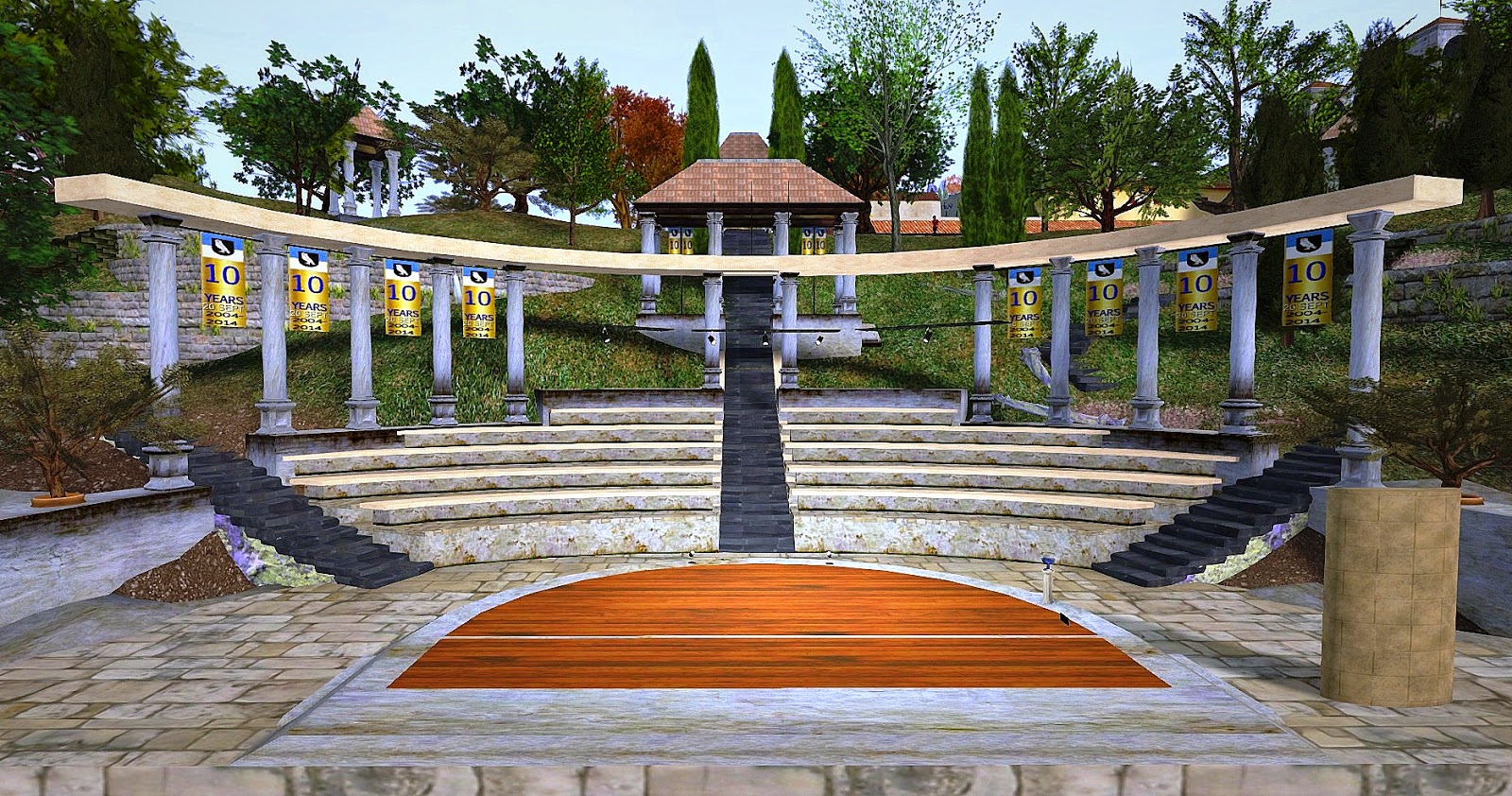 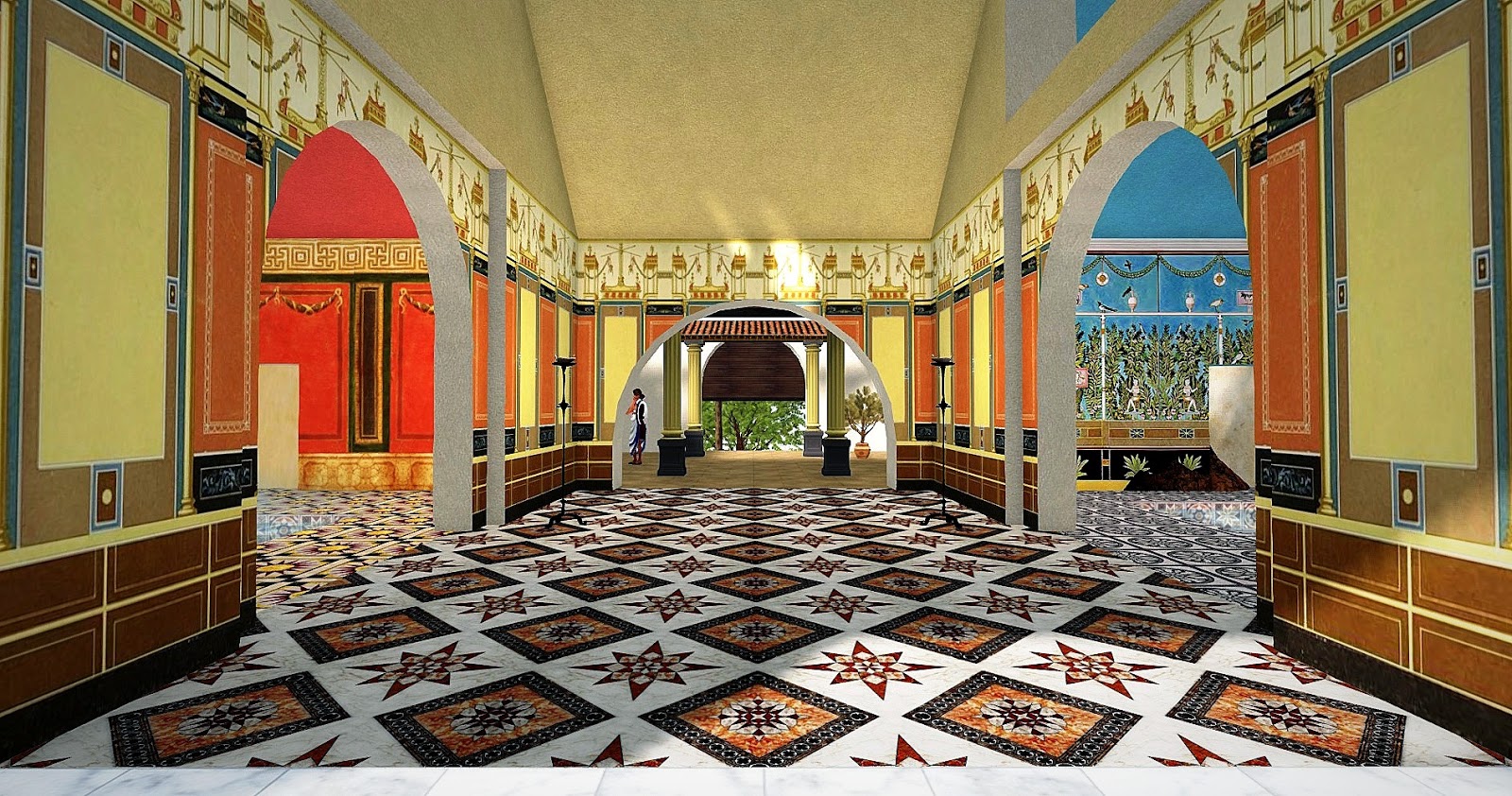