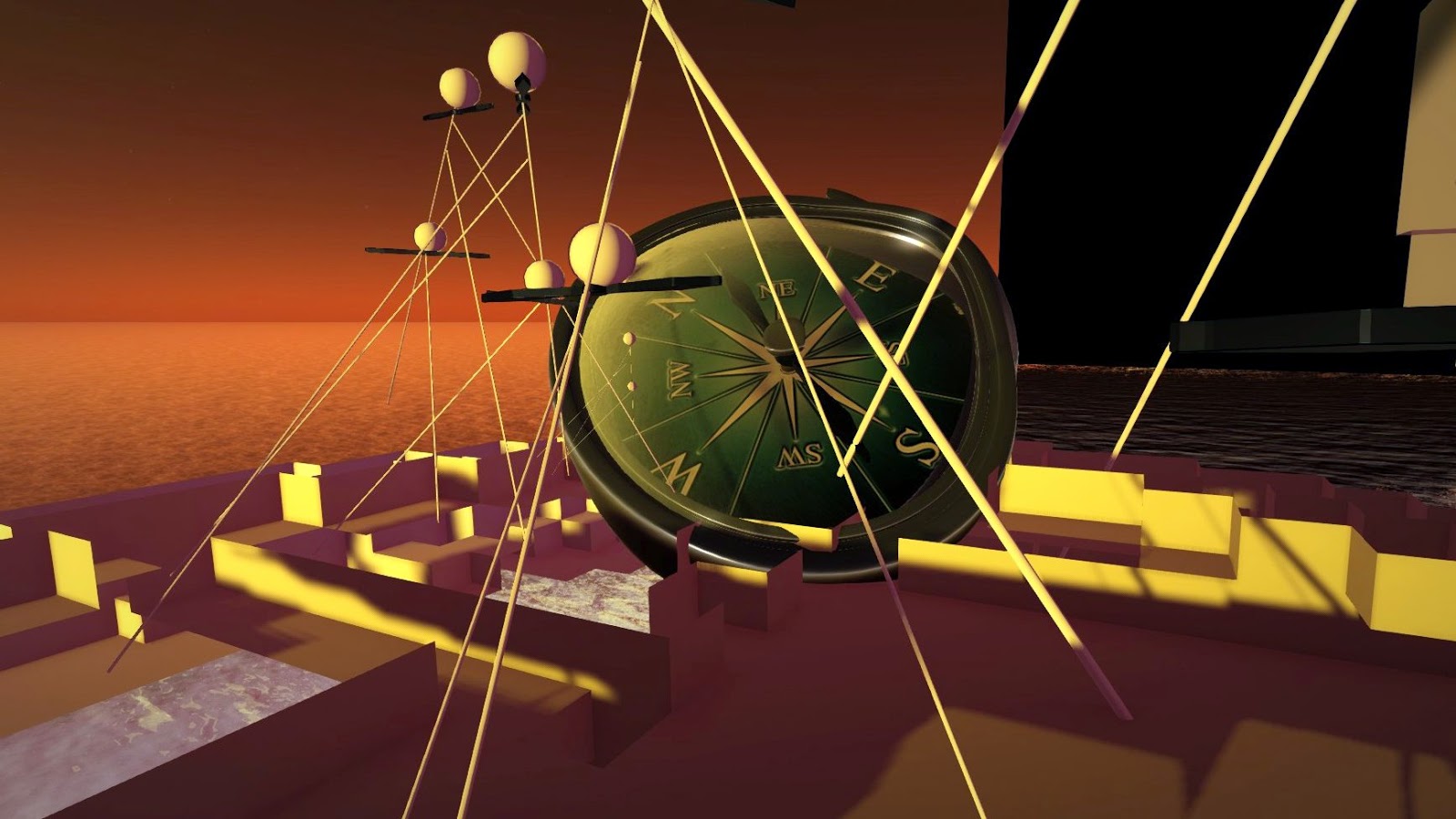 Giovanna Cerise's new multimedia installation  Chaos, Kosmos over at LEA 21 (Linden Endowment for the Arts) is one of the best installations of the year.  The focus of the installation is the creation of the cosmos -- which is something that I was secondary to the pure pleasure of just visiting and interacting with the moving shapes, particles, and light.

Giovanna suggested a Sunset or Midnight Windlight setting for photography. I  used Windlight Sky Setting "(Euphoria) Bergamot and Rosemary" which gives gorgeous rose and golden sunset hues. For the Windlight Water Setting, I used "Phototools- Ship Light". which is not as reflective as Glassy.  Reflections of objects would conflict with the pure geometry of Gionvanna's vision.

The Dali-esque compasses, when touched, teleport the visitor to all levels for a short circular tour.
Make sure to catch this installation. To visit: 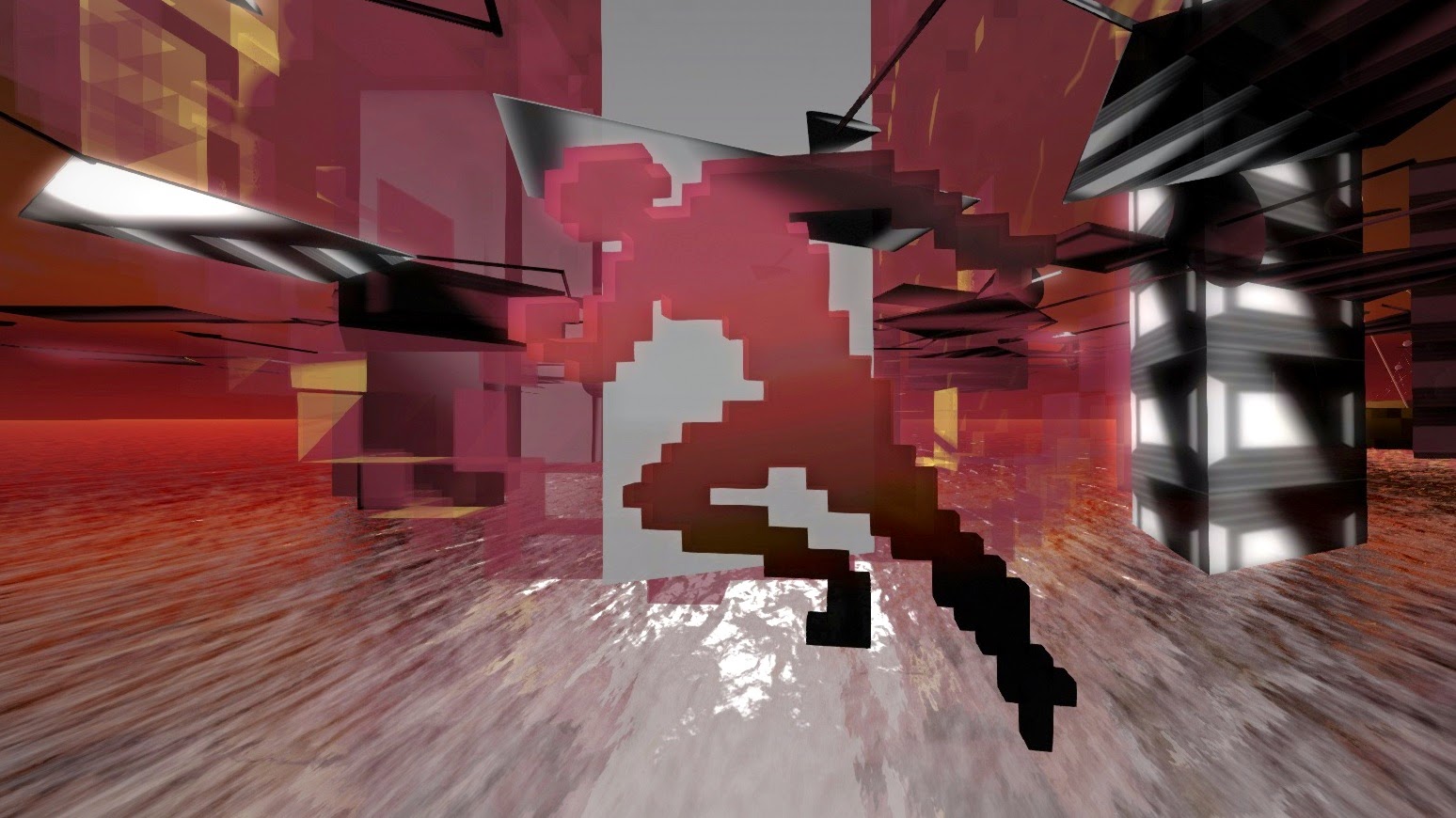 Giovanna writes the following about her concept for the installment. The remainder of her write-up is available on the on-site note card:

The Chaos, in the primitive sense of the Greek term, is the immensity not measurable and unlimited of the primitive space ( and so the blend and the disorder and the fortuity) in which the kosmos originates, that is the beautiful, good and rational order of the world, which always comes from a messy background. The Chaos is not definitely passed by the construction of an intelligible world and of the shapes, but it still continues to be as the foundation on which also the Kosmos stand. 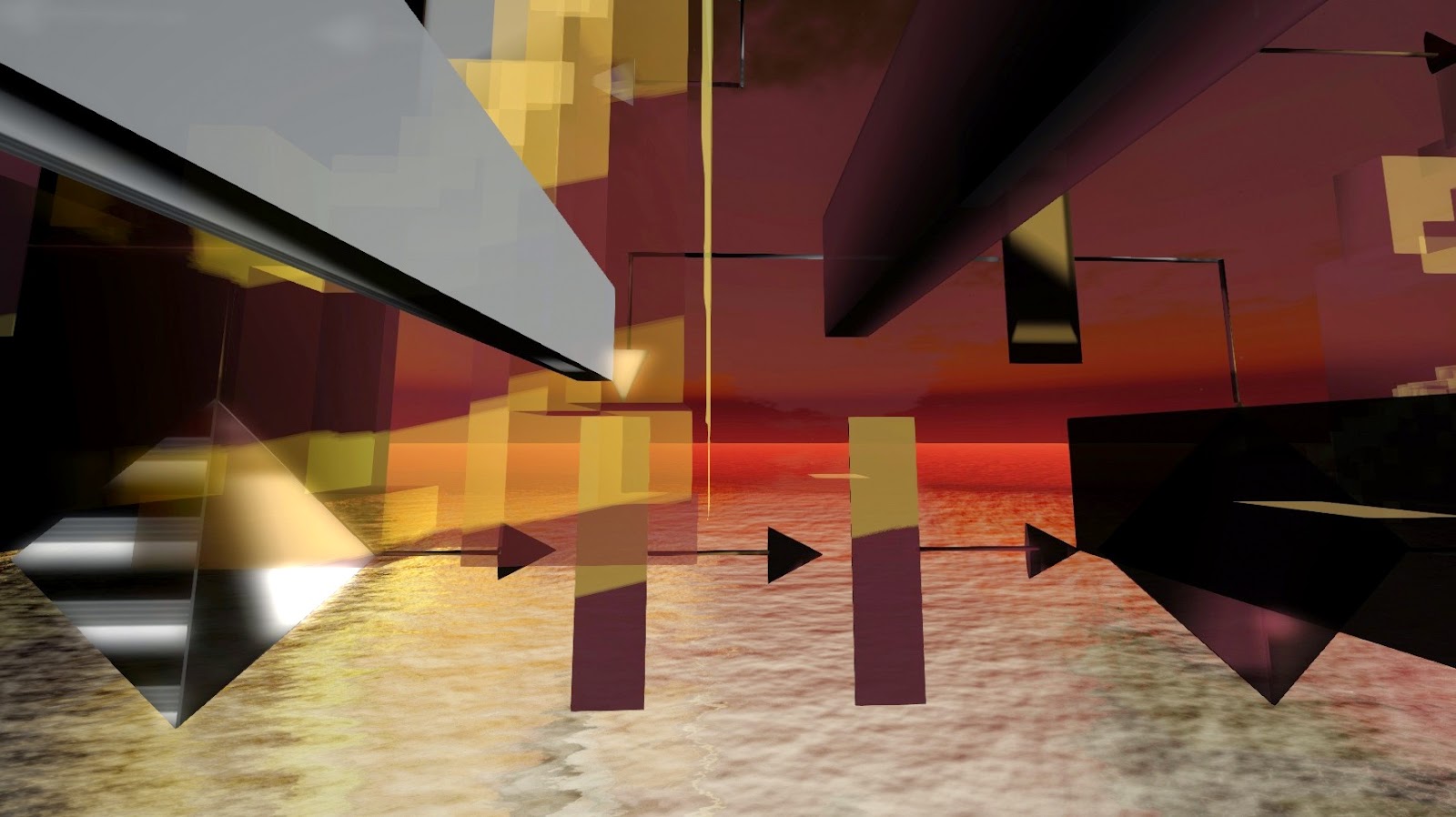 To see more blog coverage and excellent photography and  reviews of the installation:

To find out more about Linden Endowment For The Arts:
http://lindenarts.blogspot.com/ 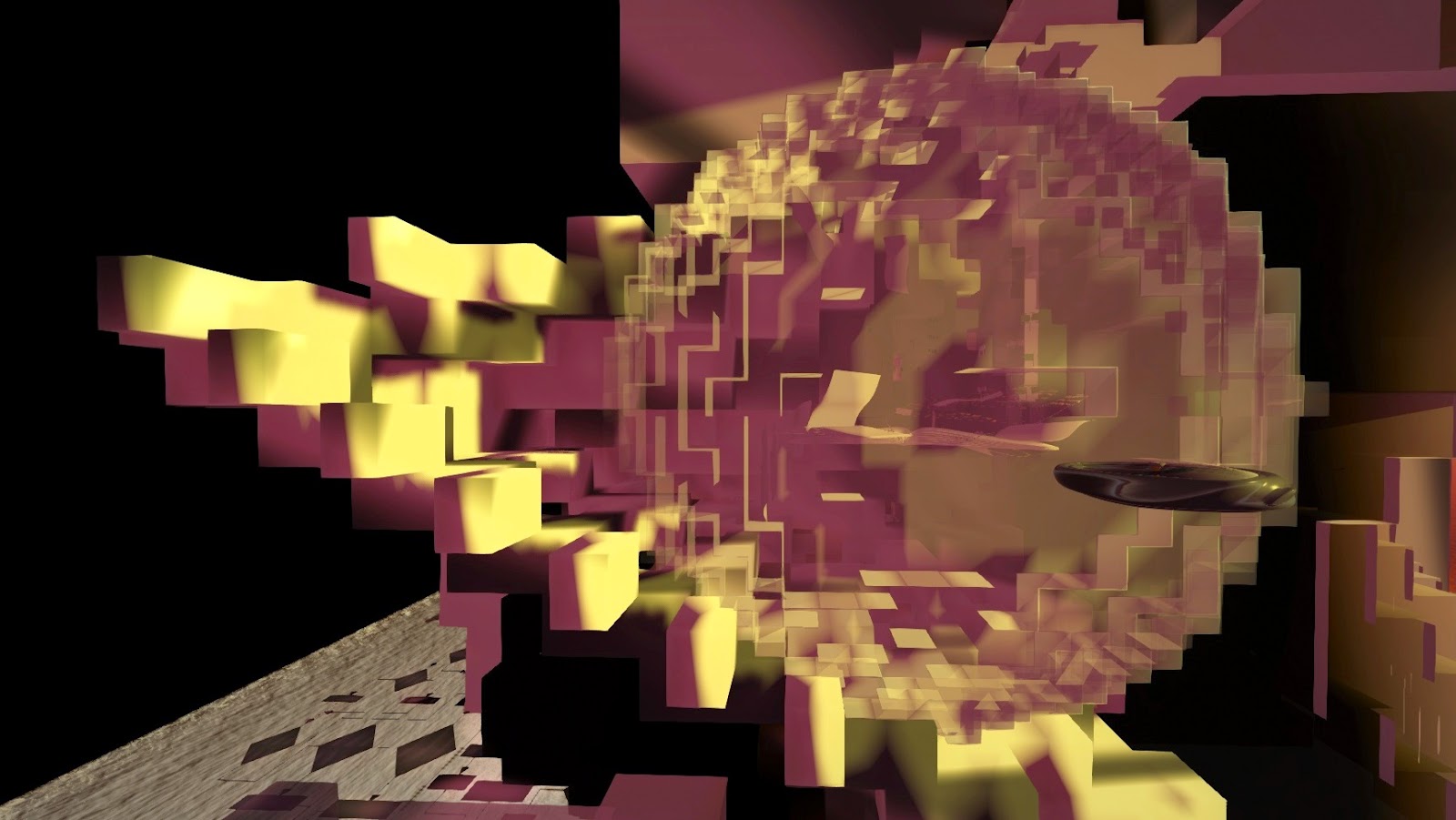 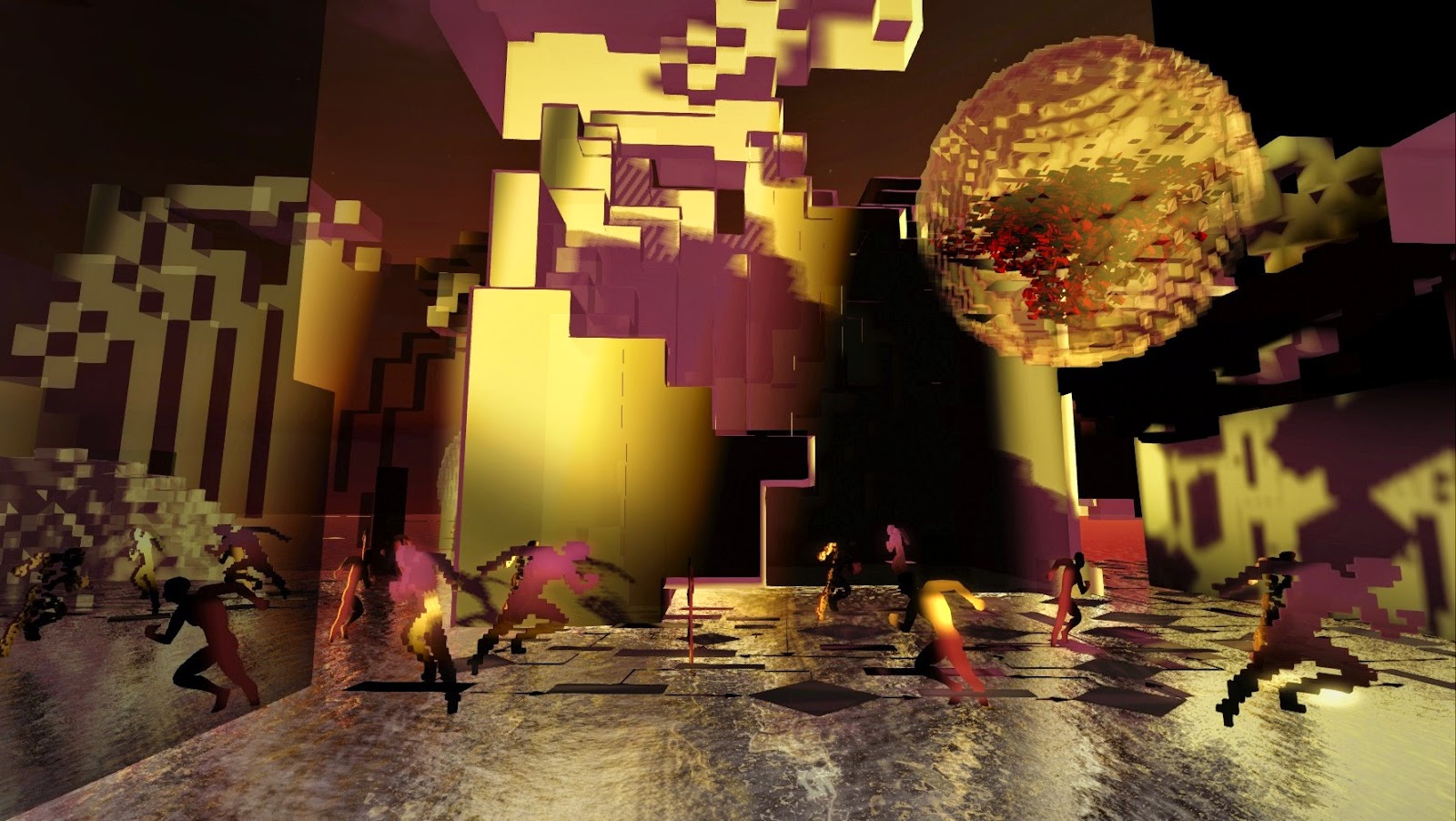 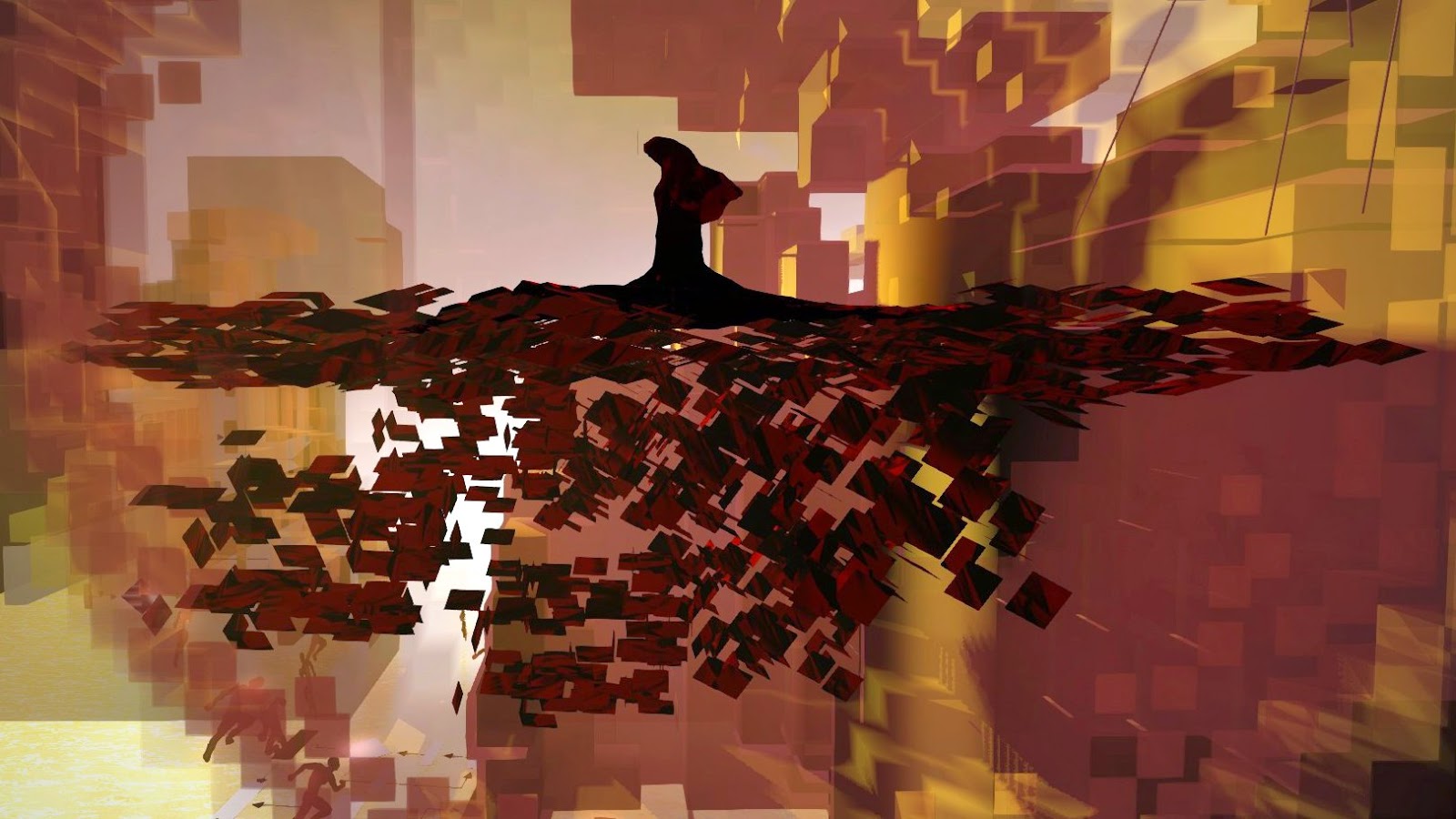 
These animated GIFS were constructed using the gifmaker.me online service from individual frames.