Great Second Life Art Installations: Sister Planet, A Voyage to Venus As Imagined In The 1940's 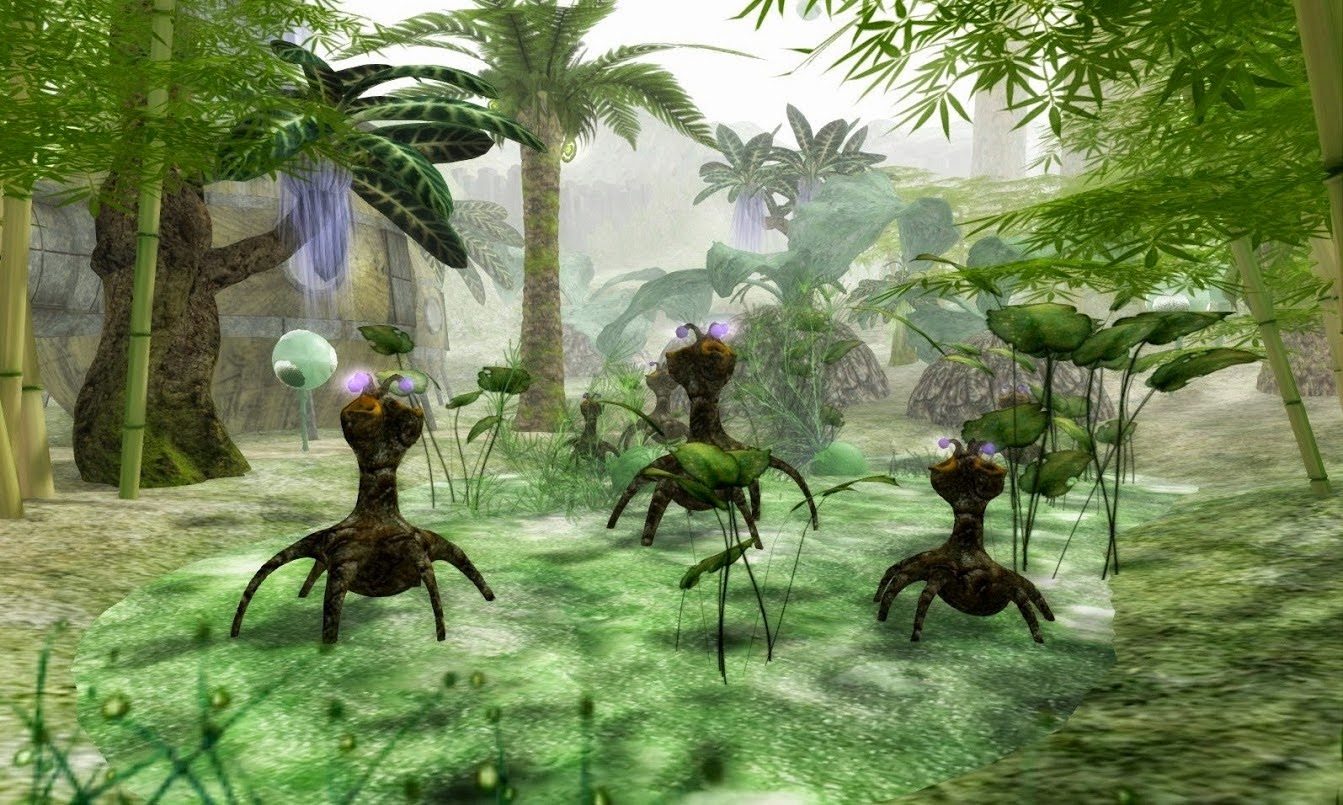 Kimika Ying’s "Sister Planet", an art installation at the Linden Endowment for the Arts (LEA 29),  imagines an alternative universe in which man has traveled to Earth's hot and steamy neighbor planet, Venus. Kimka describes the time period of the colony and voyage to be around 1940, when many envisioned Venus as a hot and steamy jungle filled with exotic forms of plant life. 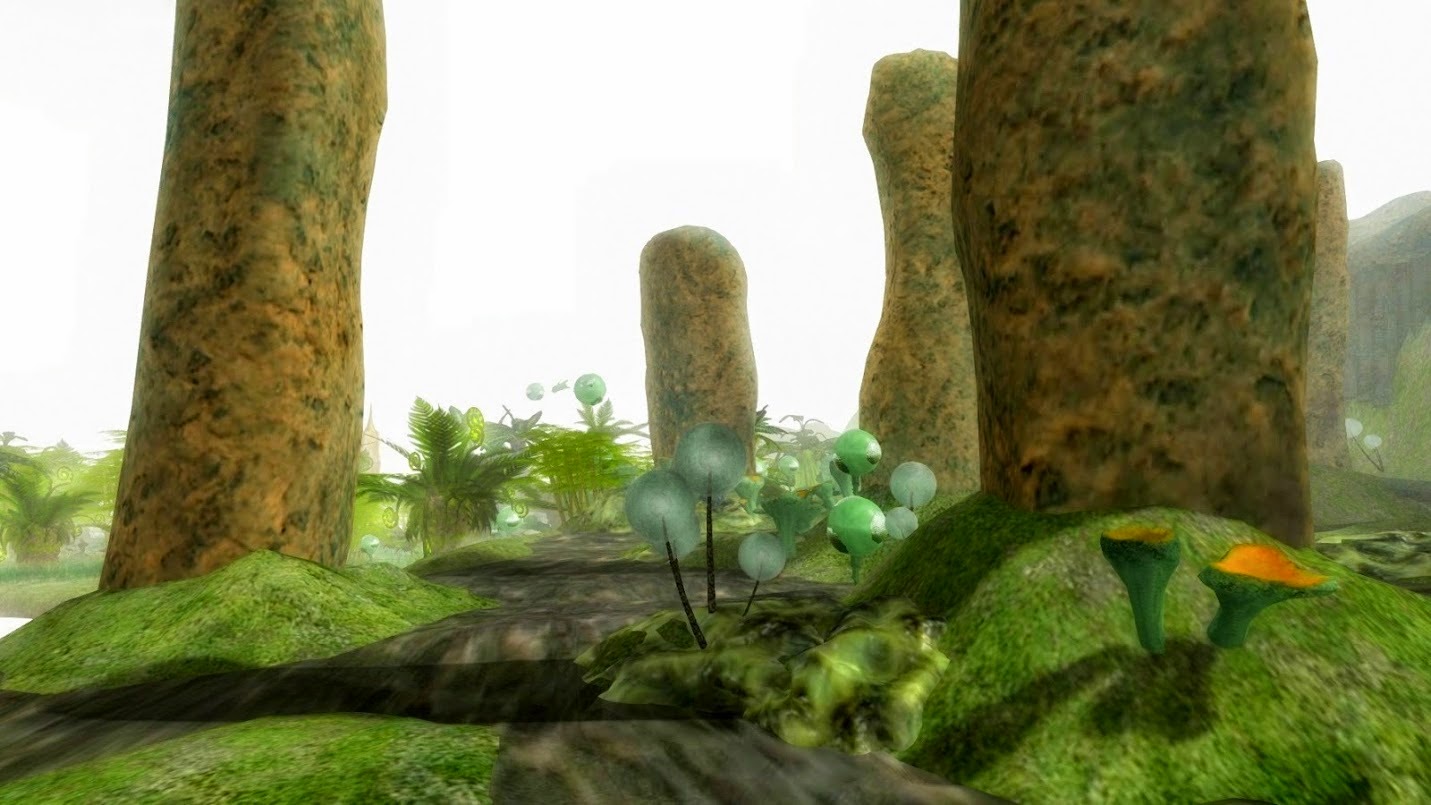 Although astronomy had progressed enough to realize that Venus did not have any "jungles", popular imagination was gripped by Science Fiction, and Venus was seen earth's "sister" planet which man could possibly visit and colonize one day. 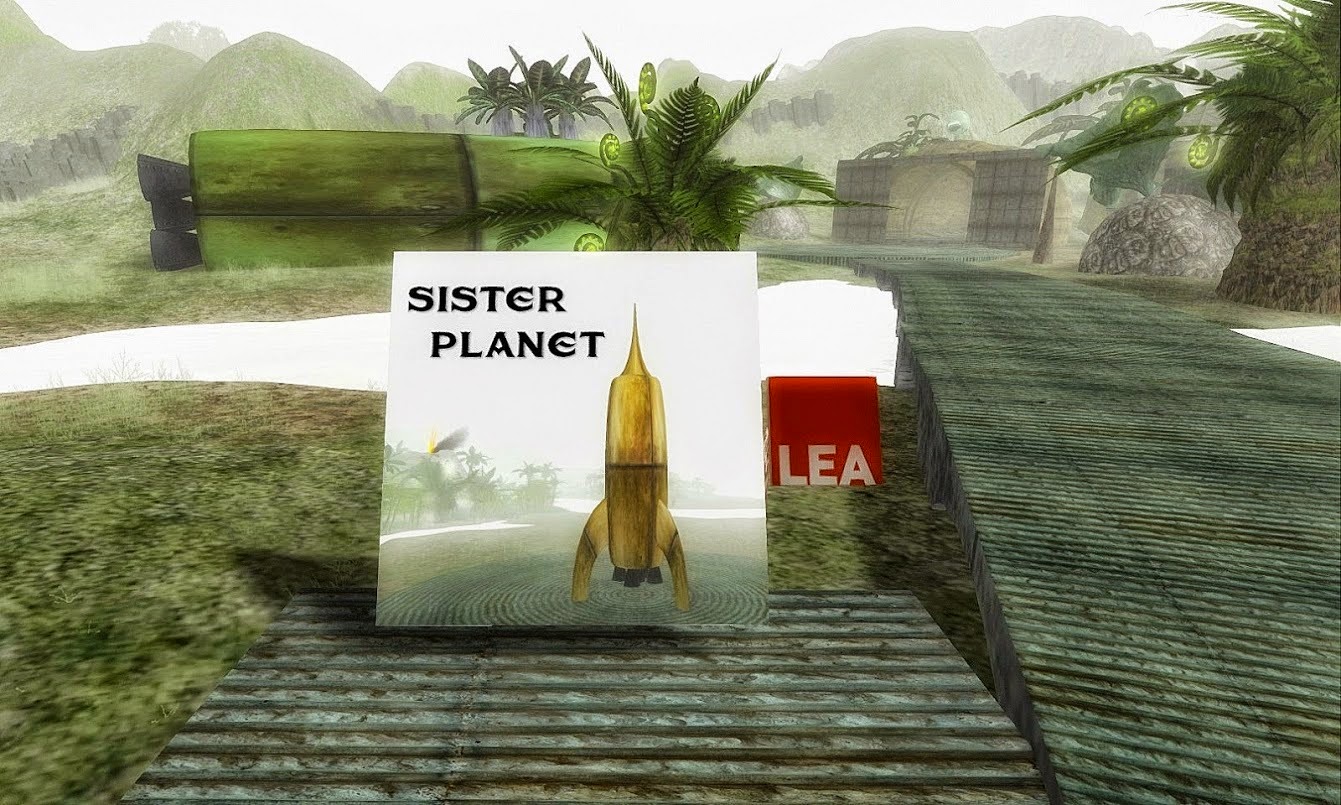 We now know that Venus is inhospitable to life as we know it. Temperatures on the planet surface are incredibly hot -- and can reach as high as 870 degrees F (465 degrees C).  The thick atmosphere of Venus which obscures earth observation of the planet's surface is poisonous. We actually have photographs from the surface of Venus, which were taken by Russian land rovers back in the 1980's, which show a barren and volcanic surface. I like this art installation. Although it is not scientifically accurate, I do not think it is intended to be. This is a "fun" vision of interplanetary planetary travel-- which depicts it at a time when adventure heroes like Buck Rogers and Flash Gordon were all the rage. Anachronistic depictions of technology, like this fun rocket which greets you as you arrive,  make for an interesting visit, and good potential photography. 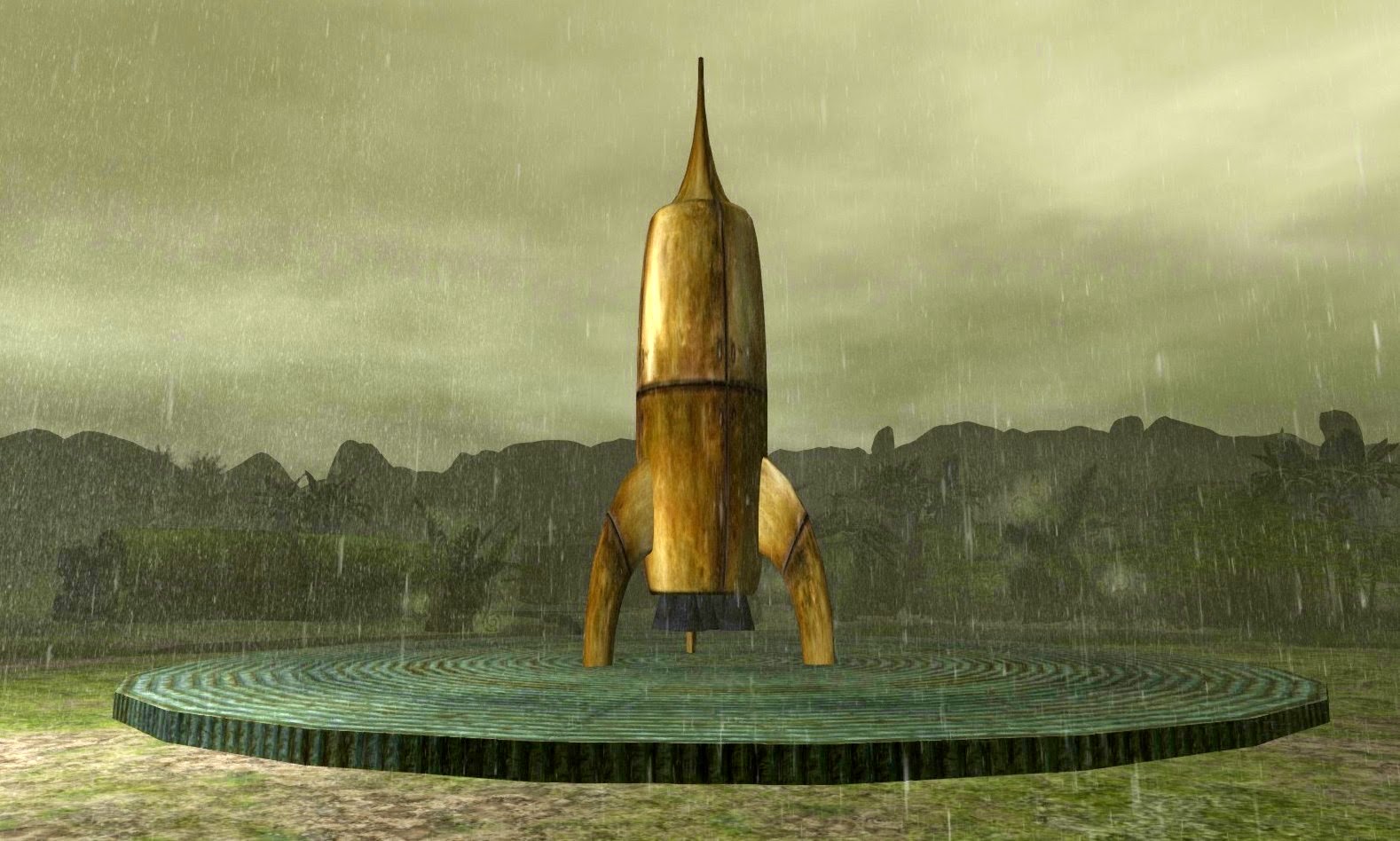 To see actual photography from the surface of the planet Venus:
http://motherboard.vice.com/blog/we-went-to-mars-again-but-the-only-surface-photos-of-venus-are-from-80s-soviet-rovers 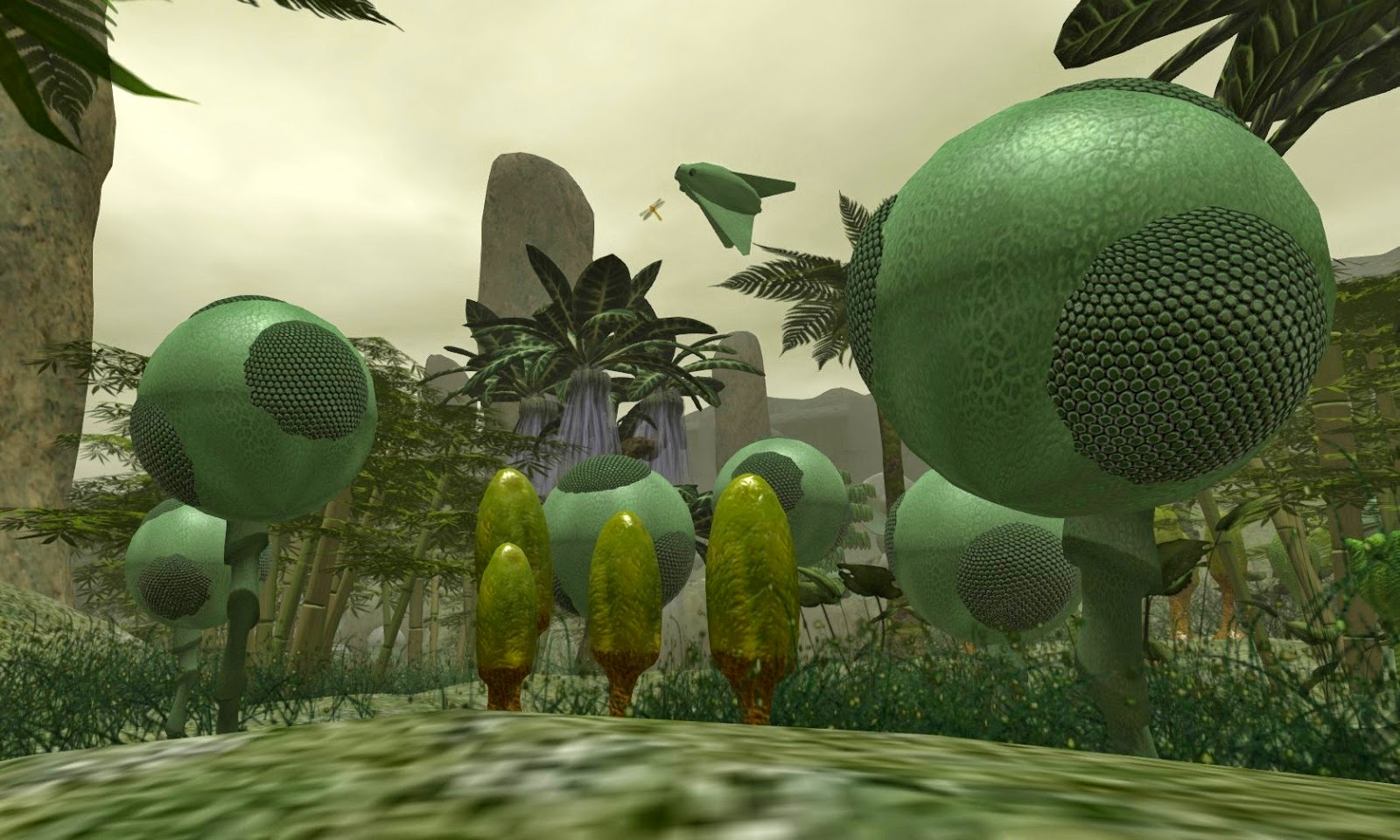 I took two sets of photos, once using the native grey overcast sky that the artist set for the installation, and a bright bronze effect which depicts the incredibly hot temperature of the surface of Venus.

The Windlight Sky Setting of Fin de Siecle is also used in photographs the three photographs  immediately above -- which I think works well with falling rain which is programmed in some areas of the installation. 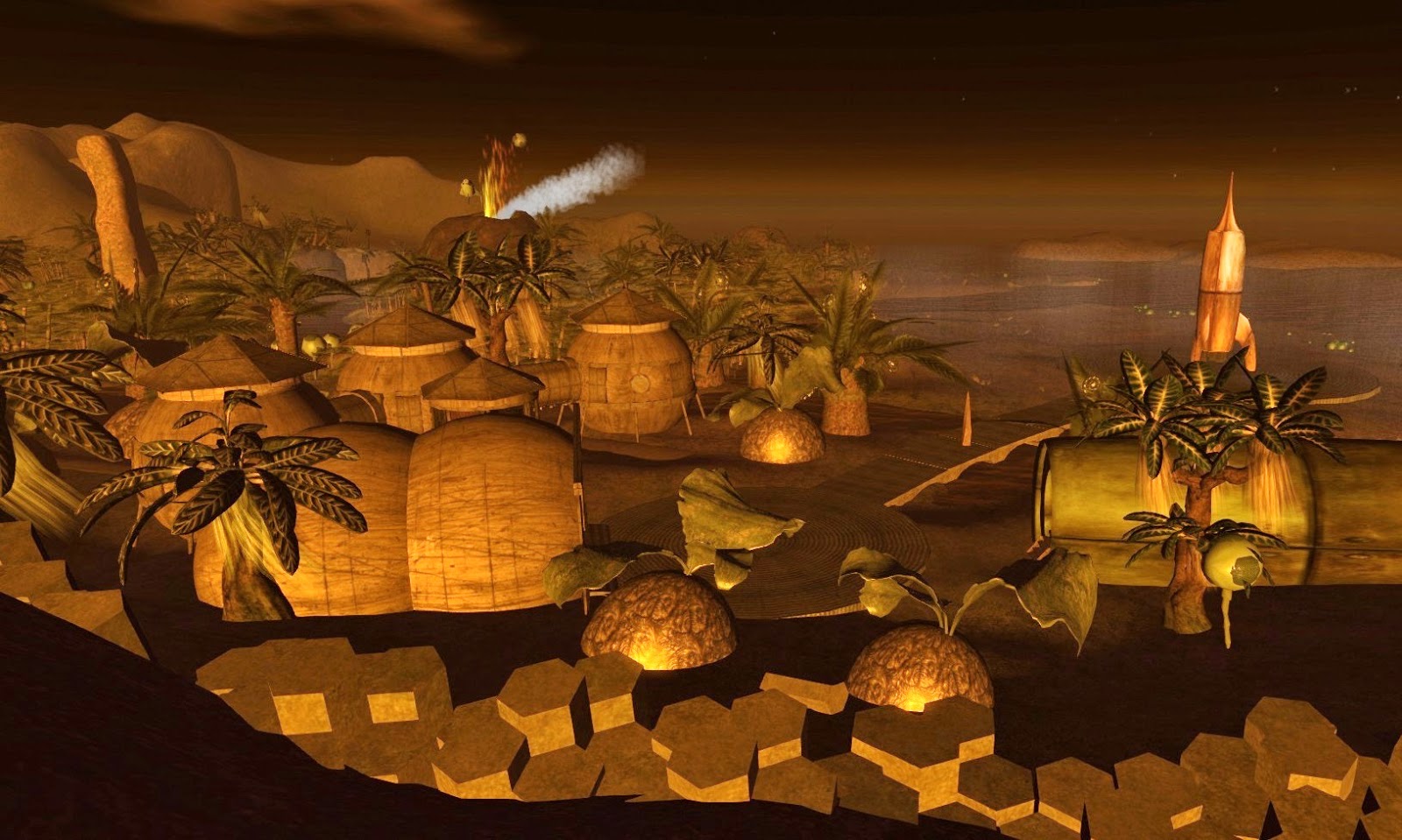 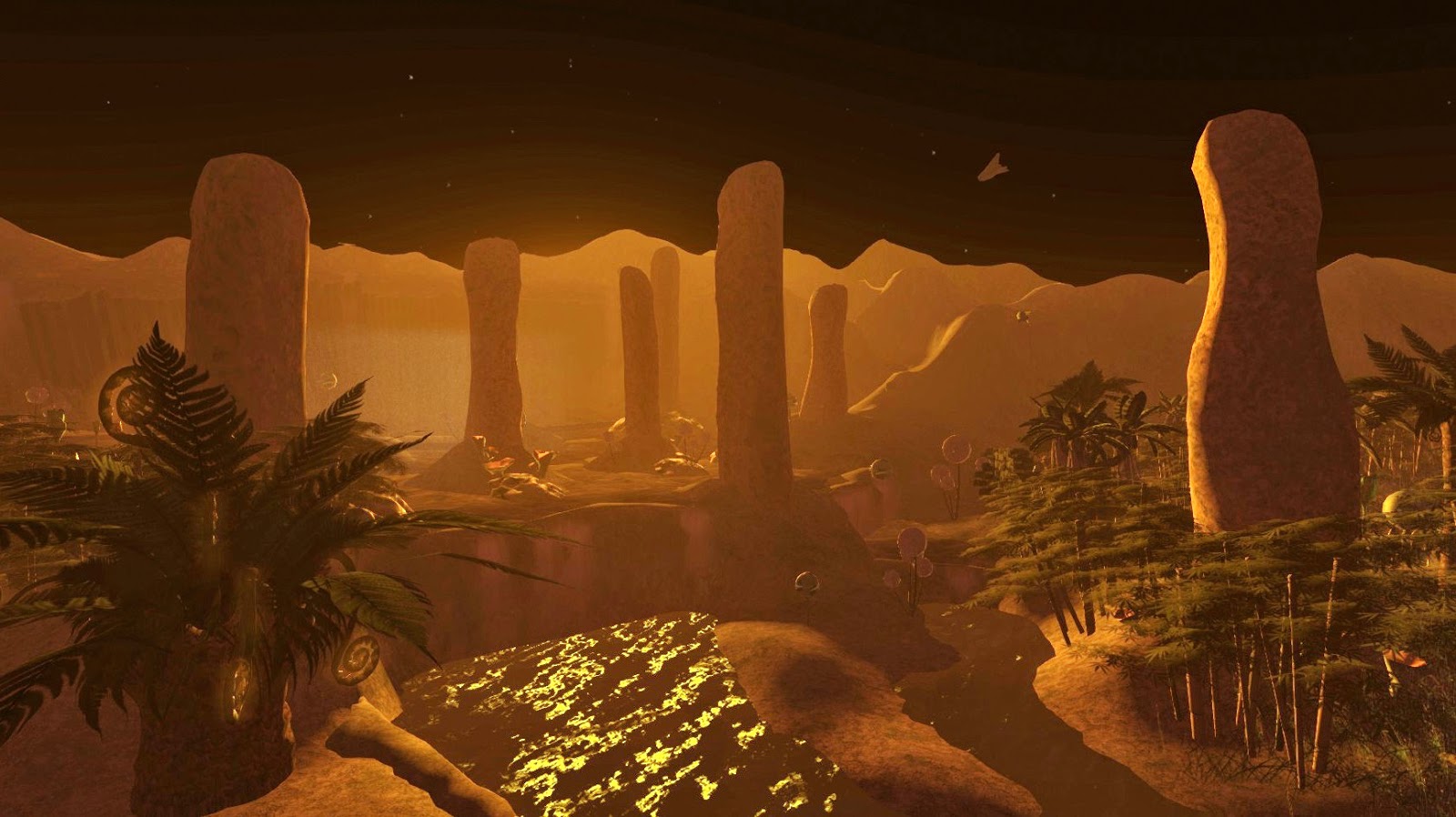 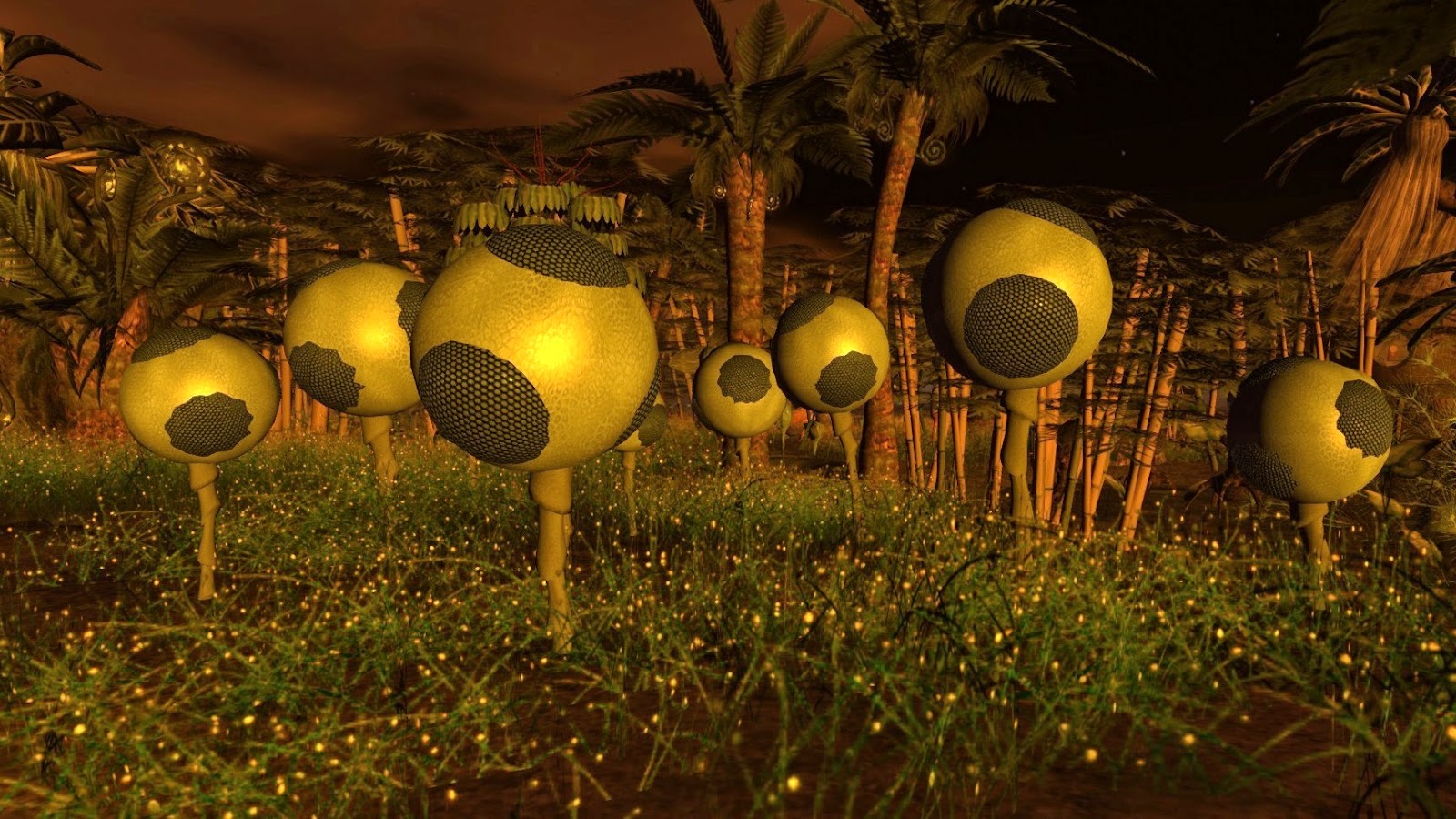 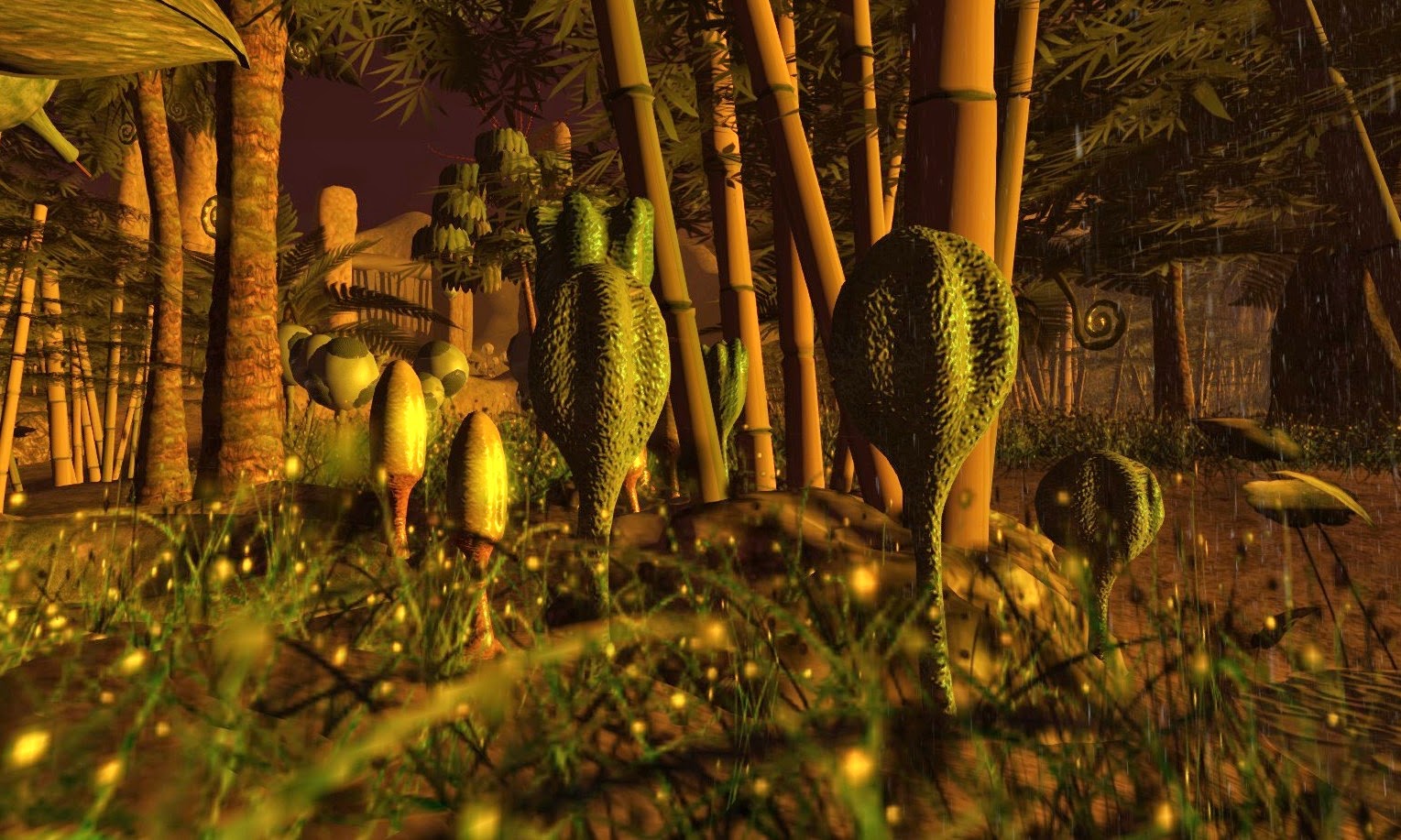 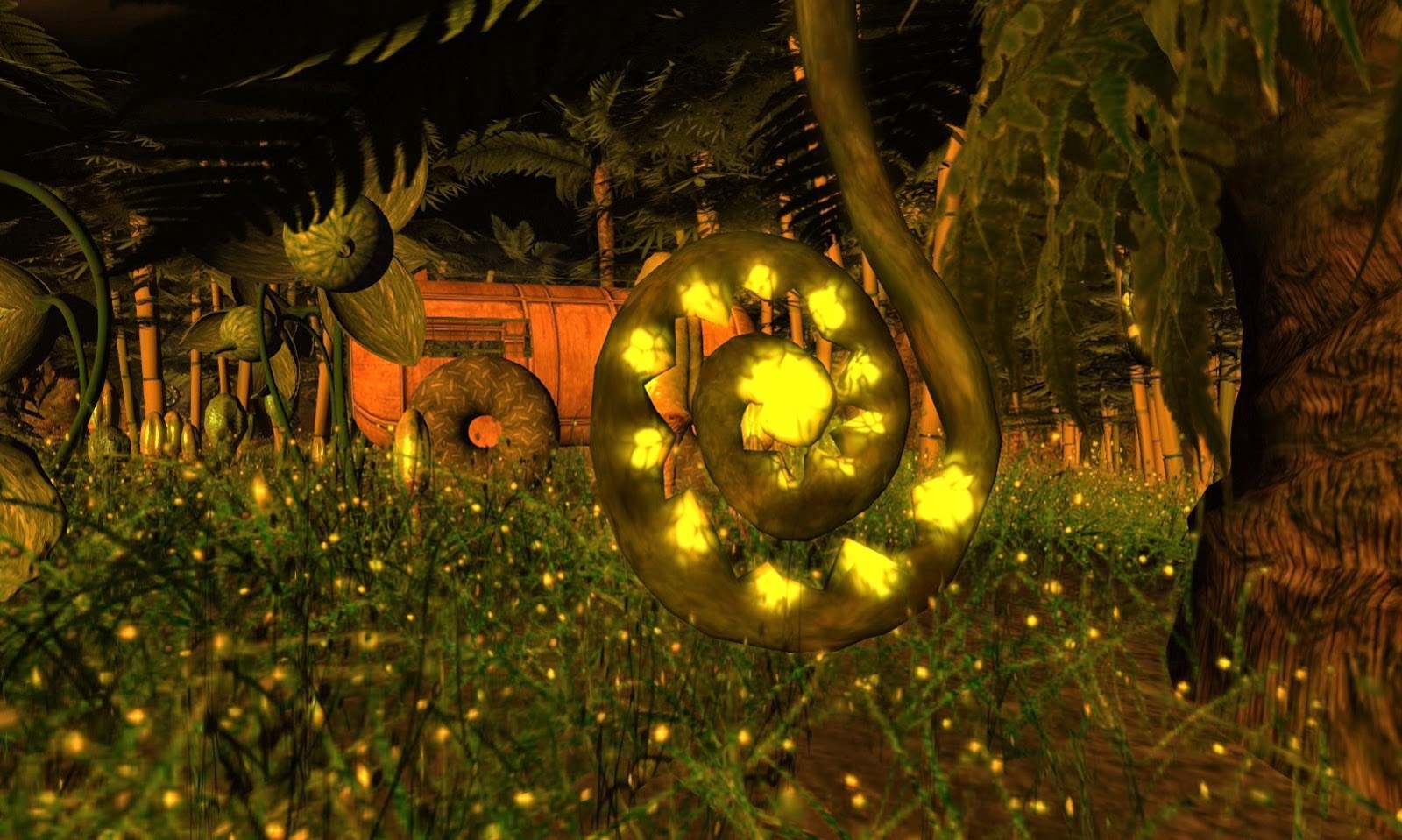 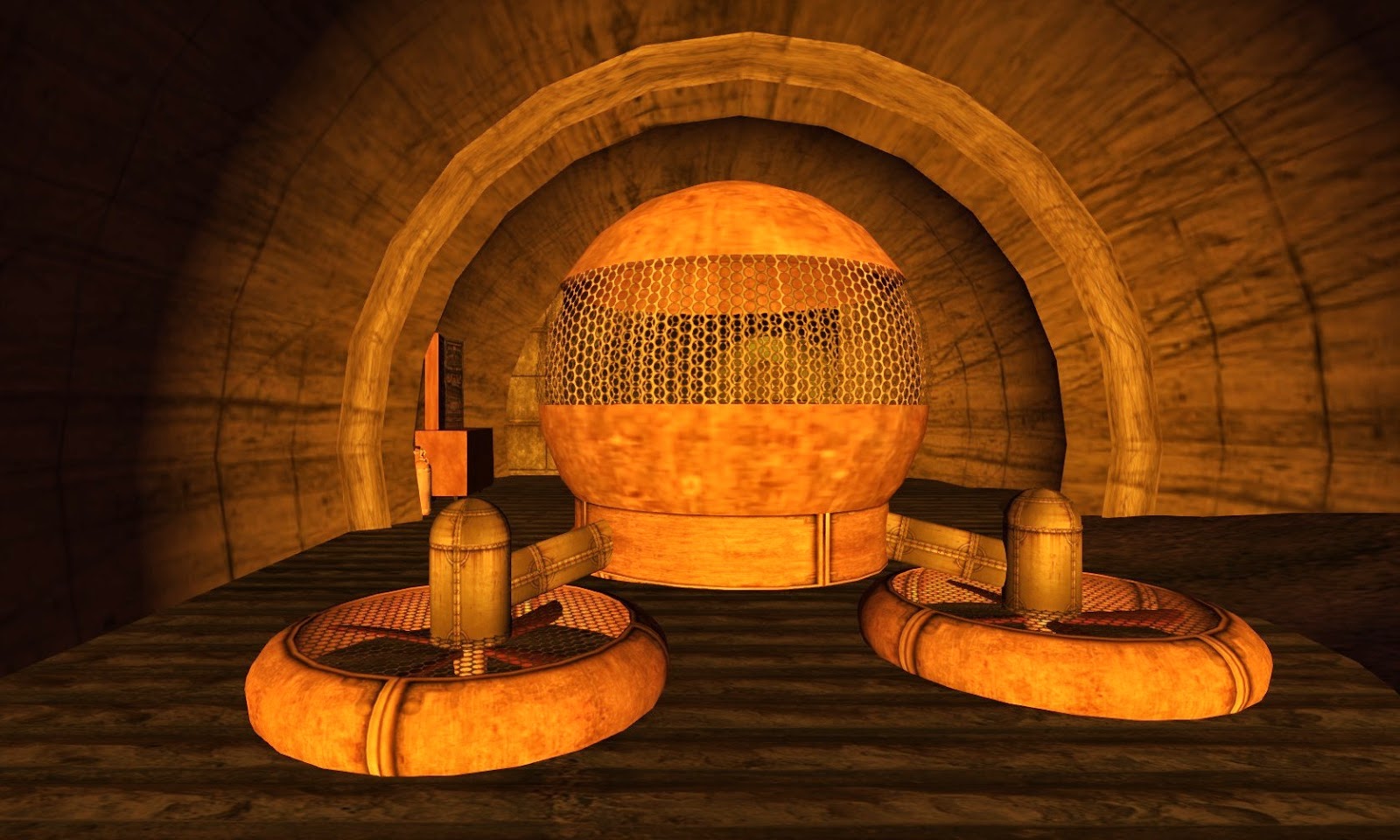