Great News! The USA is #1 in Marriage Equality

As of today, with the addition of the State of South Carolina, the U.S.A. is #1 in marriage equality in terms of number of people who can have a recognized same-sex marriage.

203 million citizens of the U.S.A. in 35 of the 50 States and the District of Columbia (Washington D.C.), and in the two largest cities in the State of Missouri, can now marry the one they love. Brazil, with a population of 202 million people was #1 in marriage equality.

For Europeans, this means that the U.S.A. has as many people who have marriage equality freedom as there are people in France, the U.K., Spain, Netherlands, and Belgium combined who have the same right.

To see a full list of all the states where marriage equality is in effect:
http://en.wikipedia.org/wiki/Same-sex_marriage_in_the_United_States
(note: the state population totals do not include St. Louis and Kansas City Missouri at the time I wrote this post). 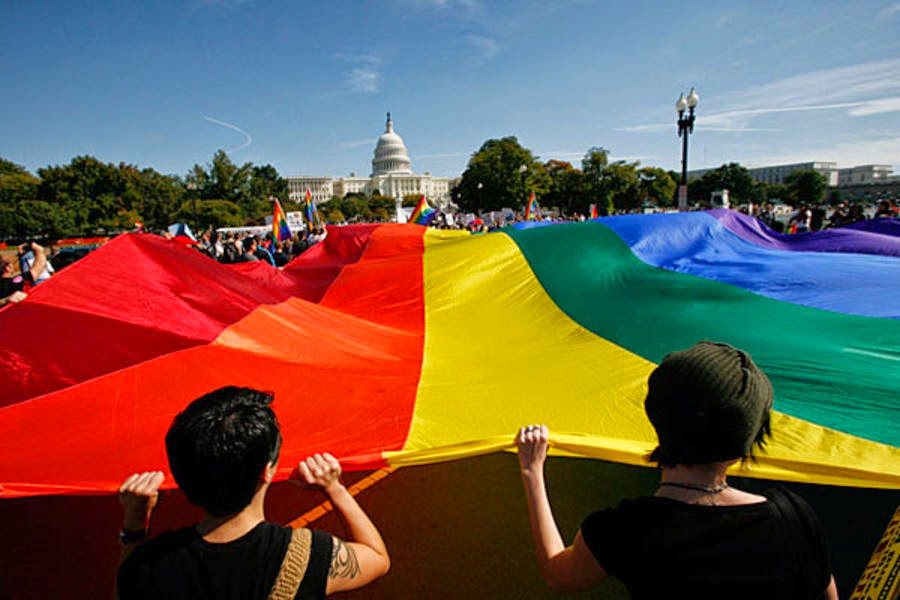 The U.S.A, of course is a larger nation than Brazil in terms of population, with 317 million people. Only China and India have larger populations.

114 million citizens of the U.S.A.  still cannot marry the one they love. However, this is expected to change by June 2015 -- the Supreme Court (SCOTUS) is expected (but by no means guaranteed) to make marriage equality the law of the land then and rule that it is a basic constitutional right; briefs on the case from all sides are due at the Supreme Court by mid-December.

But for now, the U.S.A. is number 1 in marriage equality!  Congratulations, America!