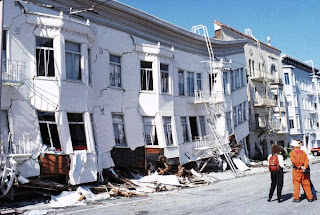 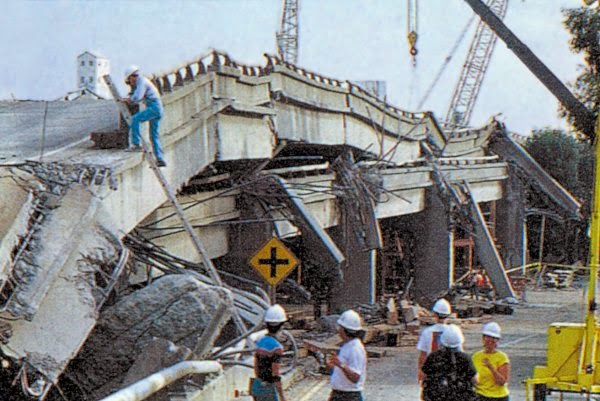 Many more would have died if it were not for the bizarre coincidence that baseball's World Series game had just started- featuring the two teams in the San Francisco bay area-  The San Francisco Giants and the Oakland Athletics. The freeways were relatively empty - and they should have been packed because it was rush hour, saving hundreds of lives- several collapsed from the shaking like the Cypress Structure in Oakland, California shown above.