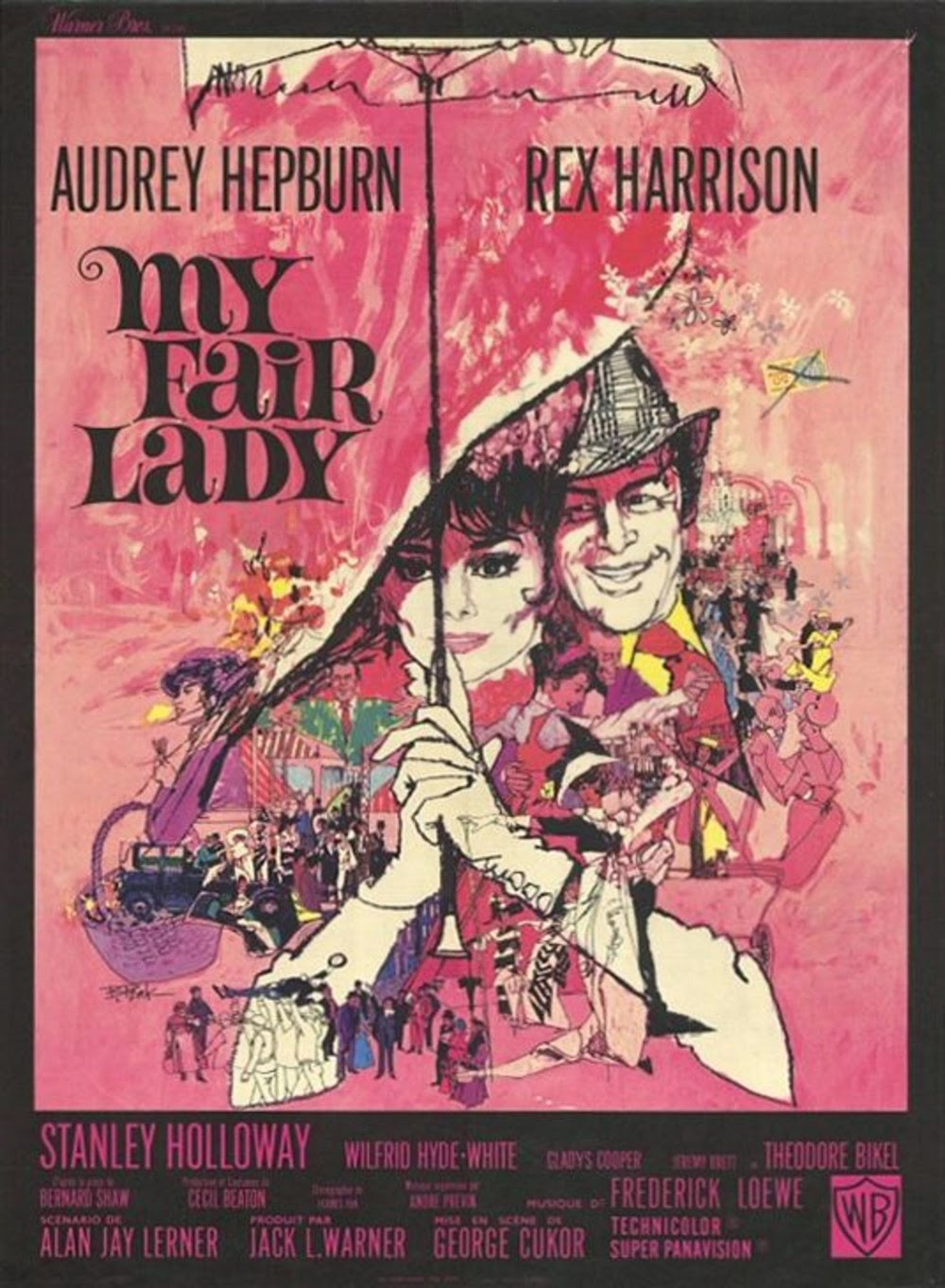 My Fair Lady, one of the most famous musicals of all time, premiered 50 years ago tonight. The film is an adaption of the Lerner and Loewe stage musical of the same name, which in turn was based on a 1913 stage play Pygmalion by George Bernard Shaw.

The film depicts Eliza Doolittle, who was portrayed by the great actress Audrey Hepburn, as poor
Cockney flower seller Eliza Doolittle. She meets Henry Higgins, a snobby "upper class" speech professor who is played by Rex Harrison, who wagers that he can teach her to speak "proper" English, and make her presentable in high society.


My fair lady would win  8 Oscars including Best Picture of 1964, Best Actor (Rex Harrison), and Best Director (George Cukor), and best Original Musical Score (Andre Previn). Audrey Hepburn would not win an Oscar for this movie, but would win 2 Best Actress awards in her lifetime, and be nominated for four others.

In 2006, the American Film Institute rated it the 8th best movie musical of all time.

To find out more about the film:
http://en.wikipedia.org/wiki/My_Fair_Lady_(film)

The two you tube videos below show two of the many famous songs that this musical is remembered for, "Why Can't The English Learn to Speak" and "Get Me To the Church on Time".