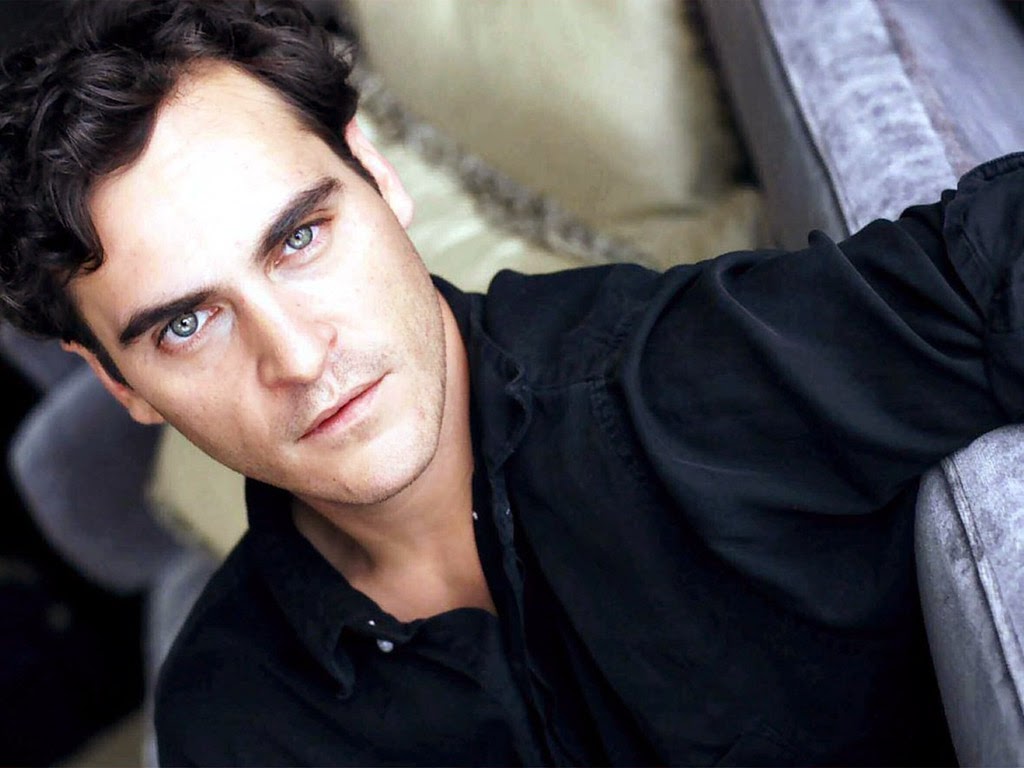 Jaoquin Phoenix, was born as Joaquin Rafael Bottom in San Juan, Puerto Rico 40 years ago today in 1973. He is the younger brother of actor River Phoenix  who died in 1993-- and who was seen as won on the greatest young acting talents of his generation.  Joaquin was not expected to move out of his brother's legendary status but has come into his own since, especially for these three movies in which he received an Academy Award nomination, and was considered a strong contender in each year:

In addition, he has been nominated for Best Actor in the Golden Globe Awards in 2013 for the movie Her, and has received substantial recognition for his role as a leading man in other films.

It is only a matter of time before Joaquin receives that Best Actor Oscar  He is that good, and is lining up some very good projects right now.  He is getting better as he gets older, and his power and talent have not yet reached a peak.

To find out more about all of Joaquin's projects and nominations, see  his Wikipedia Entry:
http://en.wikipedia.org/wiki/Joaquin_Phoenix

A personal favorite Jaoquin Phoenix  performance of mine is Joaquin playing country singing legend Johnny Cash in 2005's Walk the Line. Reese Witherspoon (above) also did an amazing job playing June Cash Carter, Johnny's country star singing wife. They both sung their own songs in the movie, which is incredible -  Joaqun literally becomes Johnny Cash in this role. Here is he singing "Ring of Fire" from the movie.


The movie gained many awards, both actors were mesmerizing in their role. Witherspoon would go on to win Best Actress for her performance, Joaquin received a nomination but won a Golden Globe for Best Actor, as did the movie itself for Best Picture. You can catch all the awards it won here:

I recommend that you catch the entire move if you have never seen it. Joaquin's transformation into this role in literally incredible -- and full of enormous sex appeal.

Joquin is staring in a new movie, Inherent Vice, which will be released on December 12, 2014. The movie is comedy crime-drama based on a novel by Thomas Pynchon. You can see the trailer below.
The movie is being widely anticipated.

To find out more:  http://inherentvicemovie.com/