On This Day: World War 2 Begins 75 years Ago 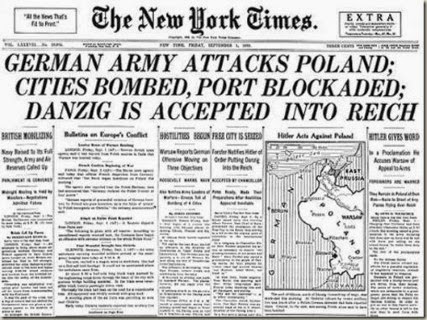 World War 2 began 75 years ago today when Germany invaded Poland. The United Kingdom and France would go on to back up commitments to the Poles and declare was on Germany on September 3.


The war would end in August 1945 after the dropping of two atomic bombs on Japan,  Over 60 million people would be dead as a result of being military or civilian casualties during the war.


To find out more about World War 2:
http://en.wikipedia.org/wiki/World_War_II