Great Second Life Destinations: The Yamato, The Greatest Battleship Ever Built - Now In Fantastic White and Gold Colors And Set as a Wedding Venue 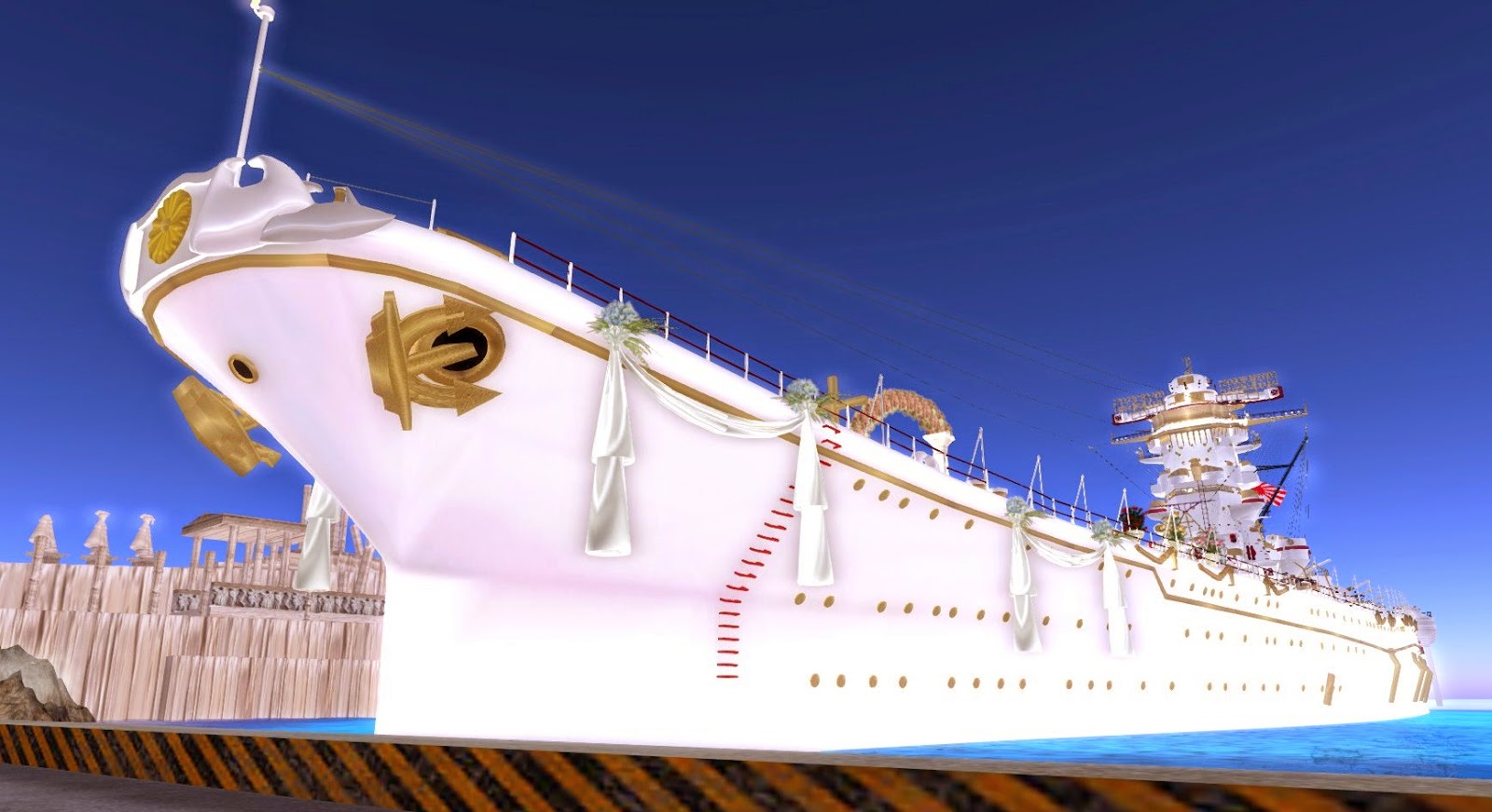 The Japanese Battleship Yamato, and her sister ship Musashi, were the greatest battleships ever built They were the pride of the Imperial Japanese Navy in the Second World War. No battleships ever came close to their size or power. Both ships were actually obsolete when they were built, they would both be lost in the final two years of the Second World War (1944 and 1945) to devastating American aircraft attacks launched from carriers in huge sea battles. 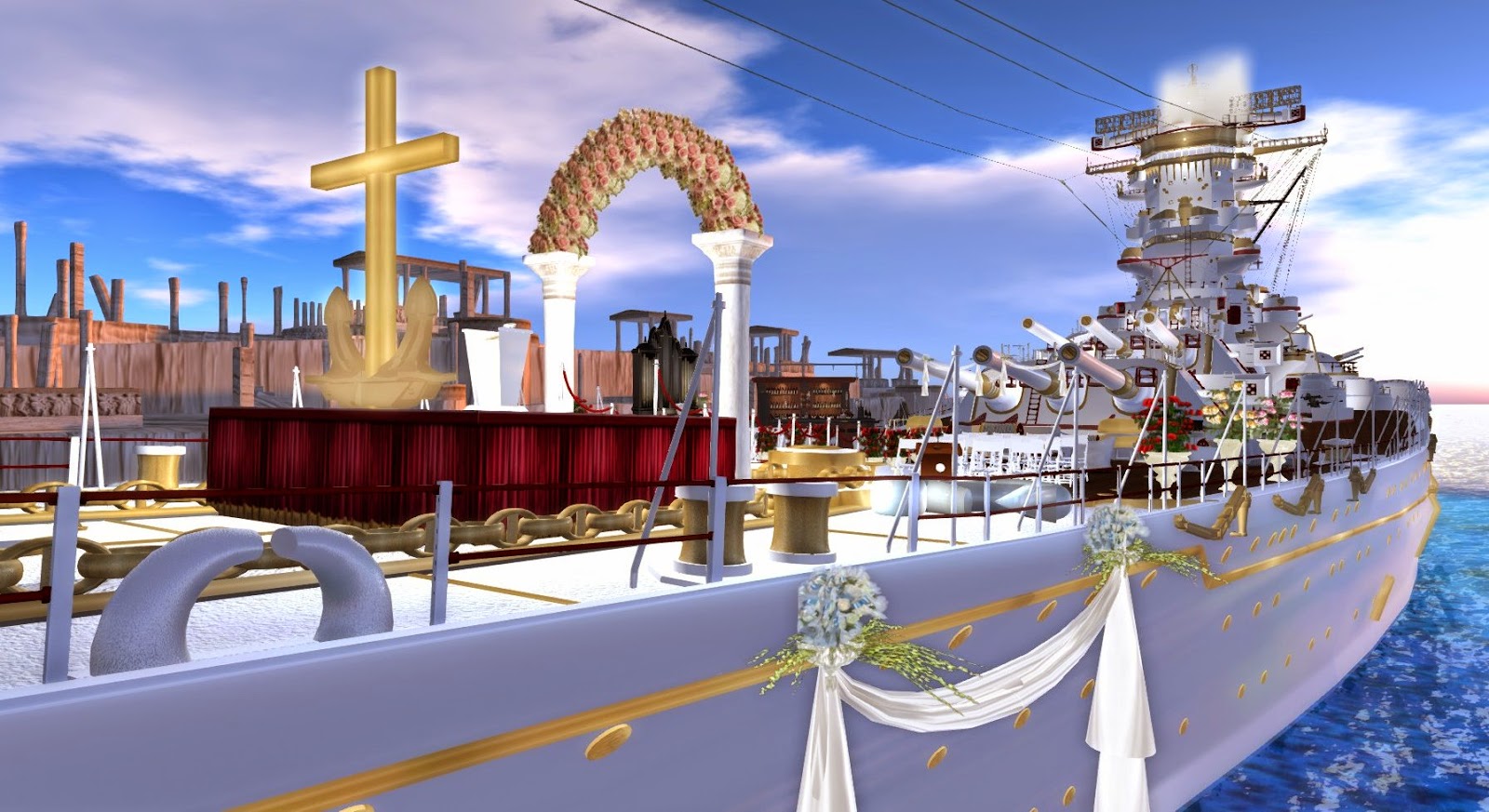 The Yamato has been a fixture in Second Life for over five years. The build is life sized, massive,   and sized to be as large as the real ship on a sim (263 meters). It's detail is stunning. I last photographed the Yamato over four years ago.  I decided to go back this weekend and pay a return visit. 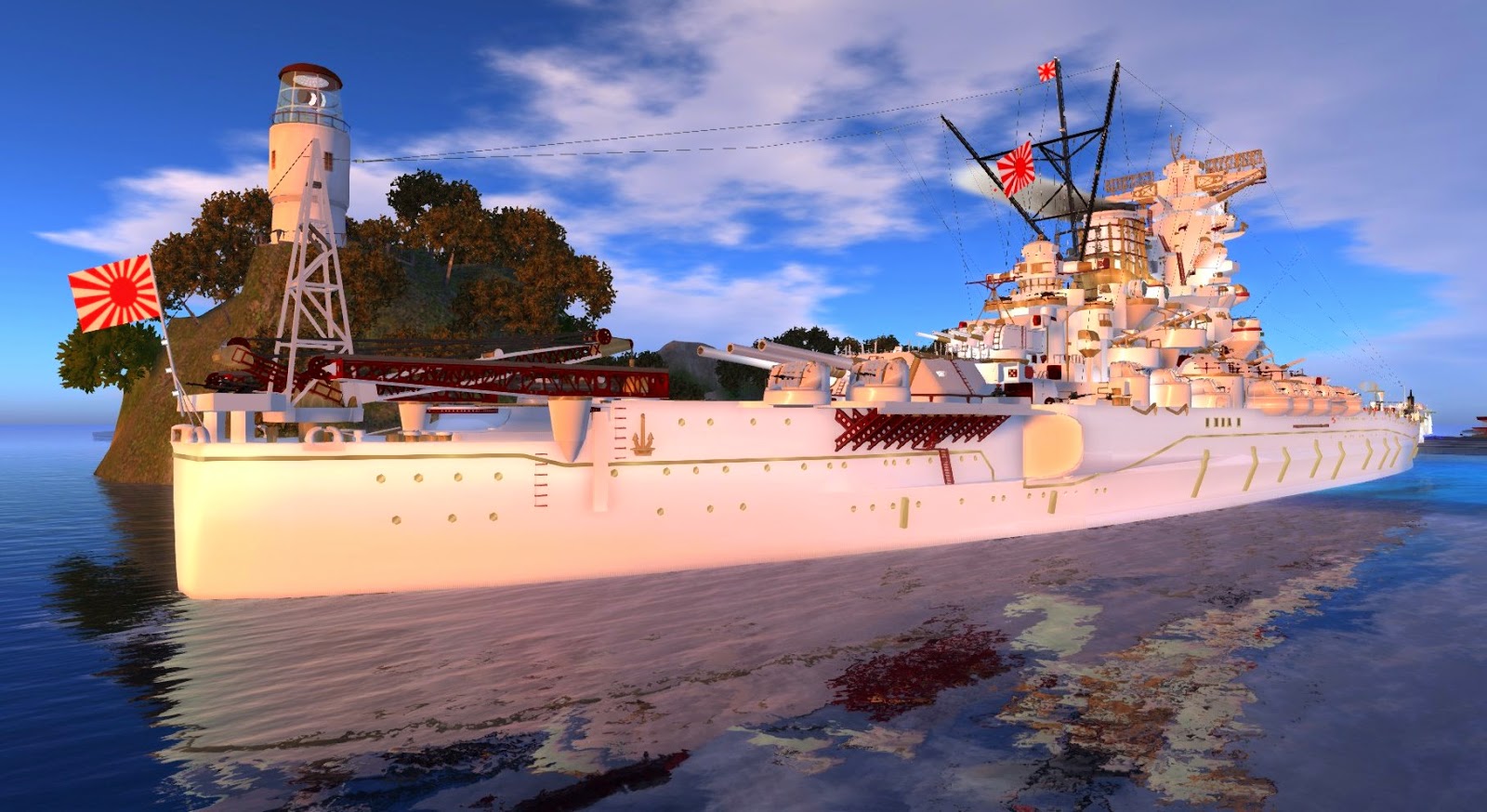 I was amazed to see that the Yamato was set for a wedding (with a huge cross at the alter), and painted in fantastic white and gold colors. It simply looked gorgeous. The real battleship would never be painted these colors in wartime, it would be a sitting target for aircraft attacks. The real Yamato would be painted blue-grey color (as would ships of the other navies) to best camouflage then into the ocean at a distance.  There once was an entire United States fleet painted in white (The Great White Fleet) that circled the world in the first decade of the 20th century (1907 - 1909), but that was done for show -- and not for serious battle purposes. 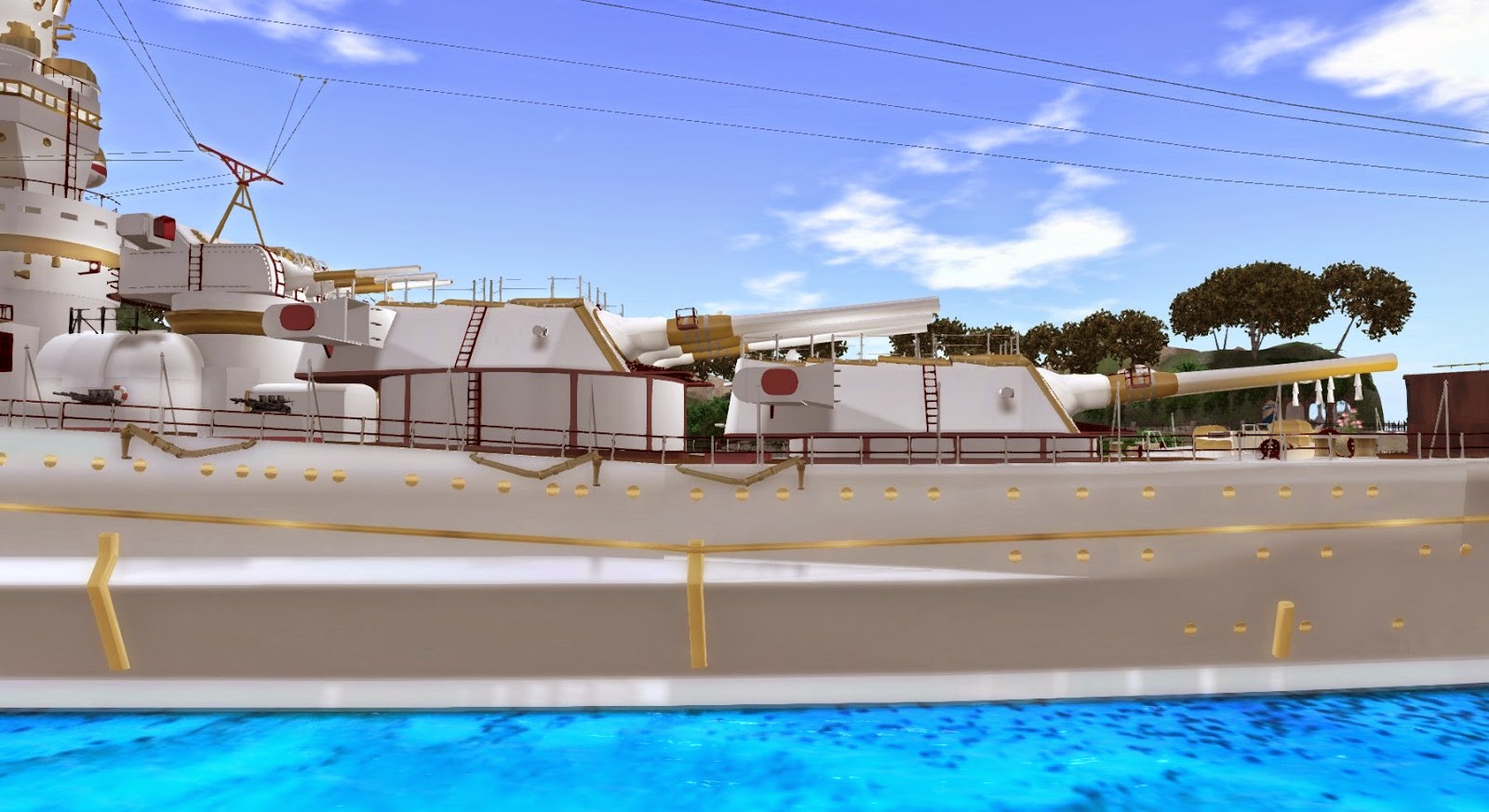 The gleaming white and gold Yamato also was decorated with bows and ribbons, much to great festive effect. Although it is fantasy, and never occurred in real life,  it would be a great place to have a wedding, memorable and one-of-a-kind. 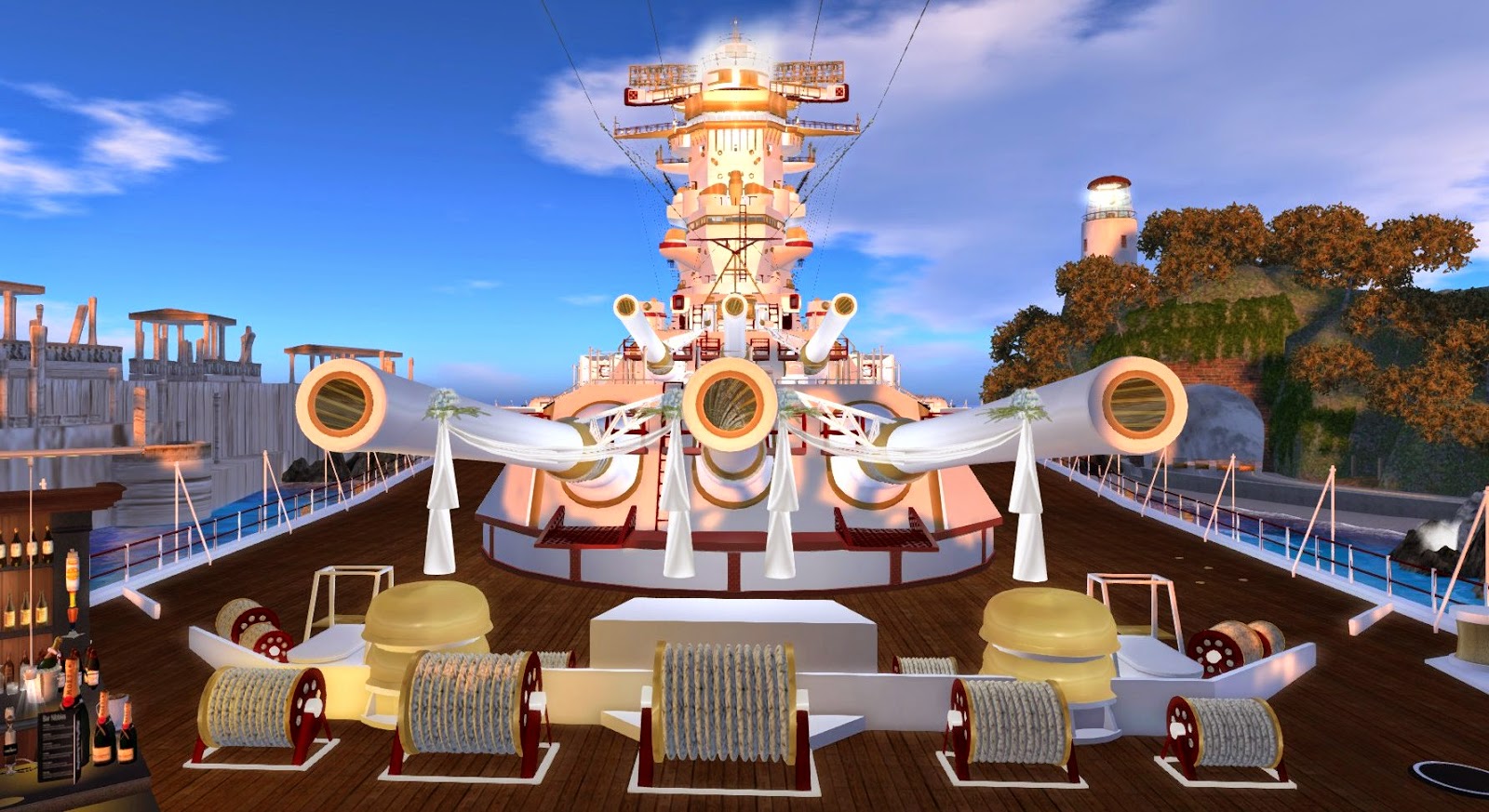 The ribbons draping the huge gun cannons and sides of the battleship really made for a nice effect. True naval military historians might not appreciate the decor, but I really like it -- it humanizes a great weapon of war. 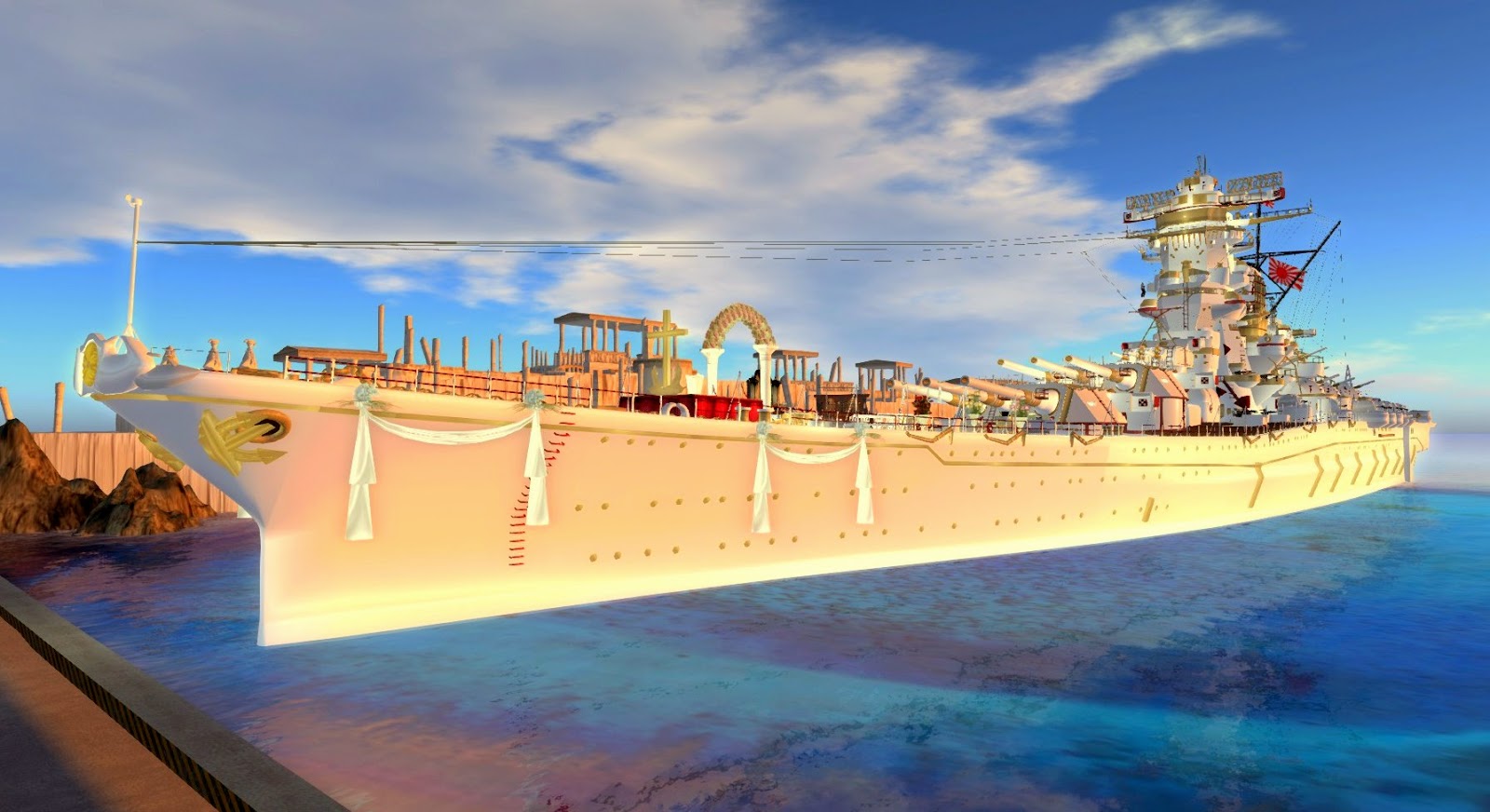 I am not sure if this is a one off transformation, or if the ship will soon go back to its regular colors. I highly recommend you visit just to see how the greatest gunned warship in history could transform itself into a wedding cake fantasy.


To appreciate the size of the Yamato the small figure on the bridge tower above is Ryce. Take a look at the closeup below to see him circled in red to give you an idea of the immensity of the build. 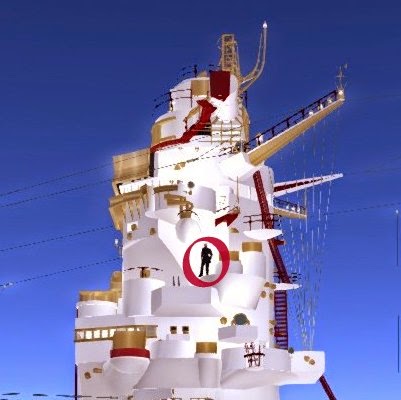 Ryce is dressed in his Royal Navy (UK) Marine Officer Uniform in these photographs.

Ryce stand on top of the 18 inch gun barrel above, the largest ever installed in a battleship (The Yamato had a sister ship, the Musashi, which was also fitted with these canons). Notice the way the interior of the gun barrel spirals. The 3,000 pound shells would spin when fired giving them great accuracy at ranges of up to 26 miles. 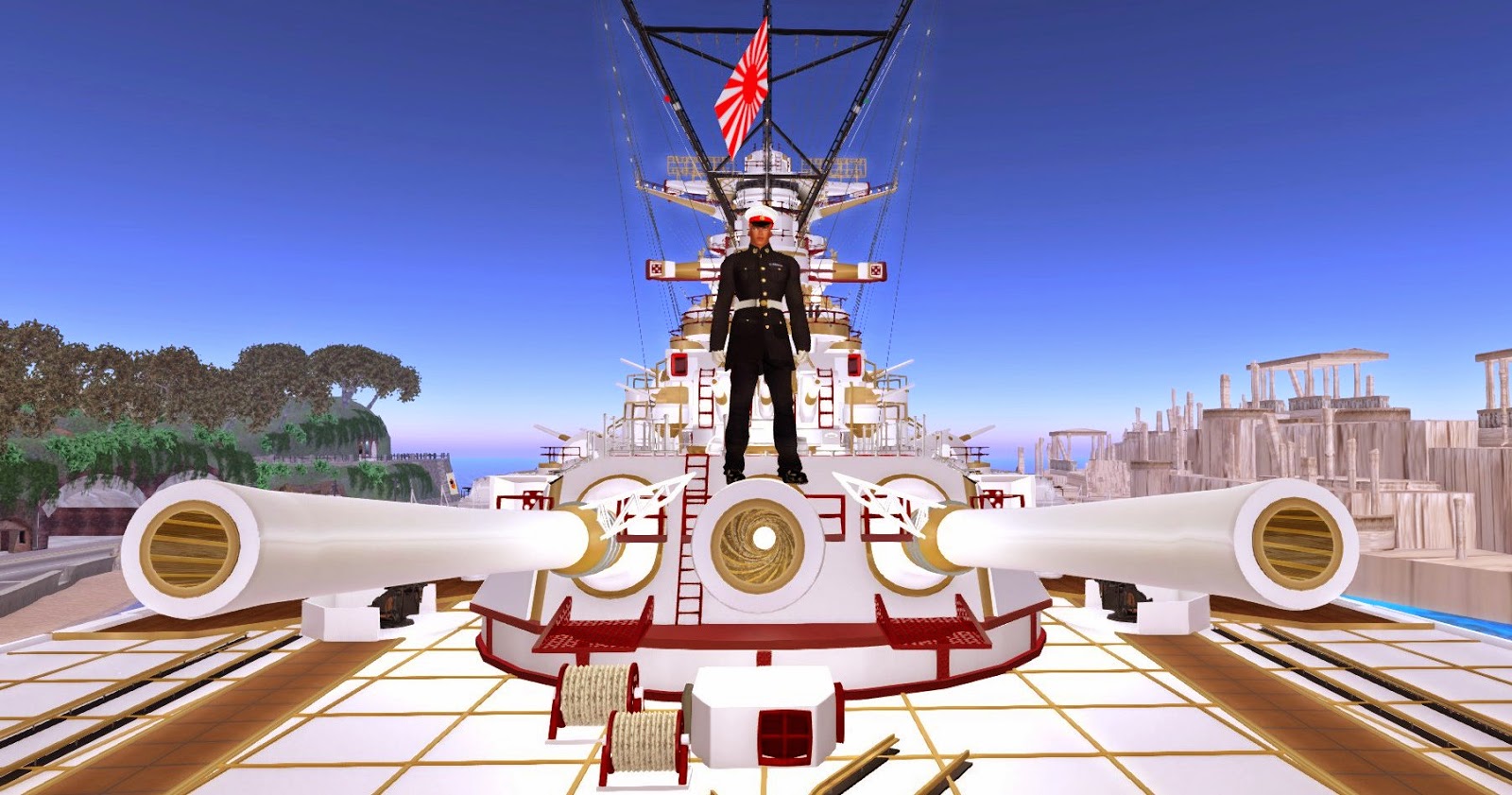 The wedding pavilion on the bow of the ship is shown below with the sun rising in the background. 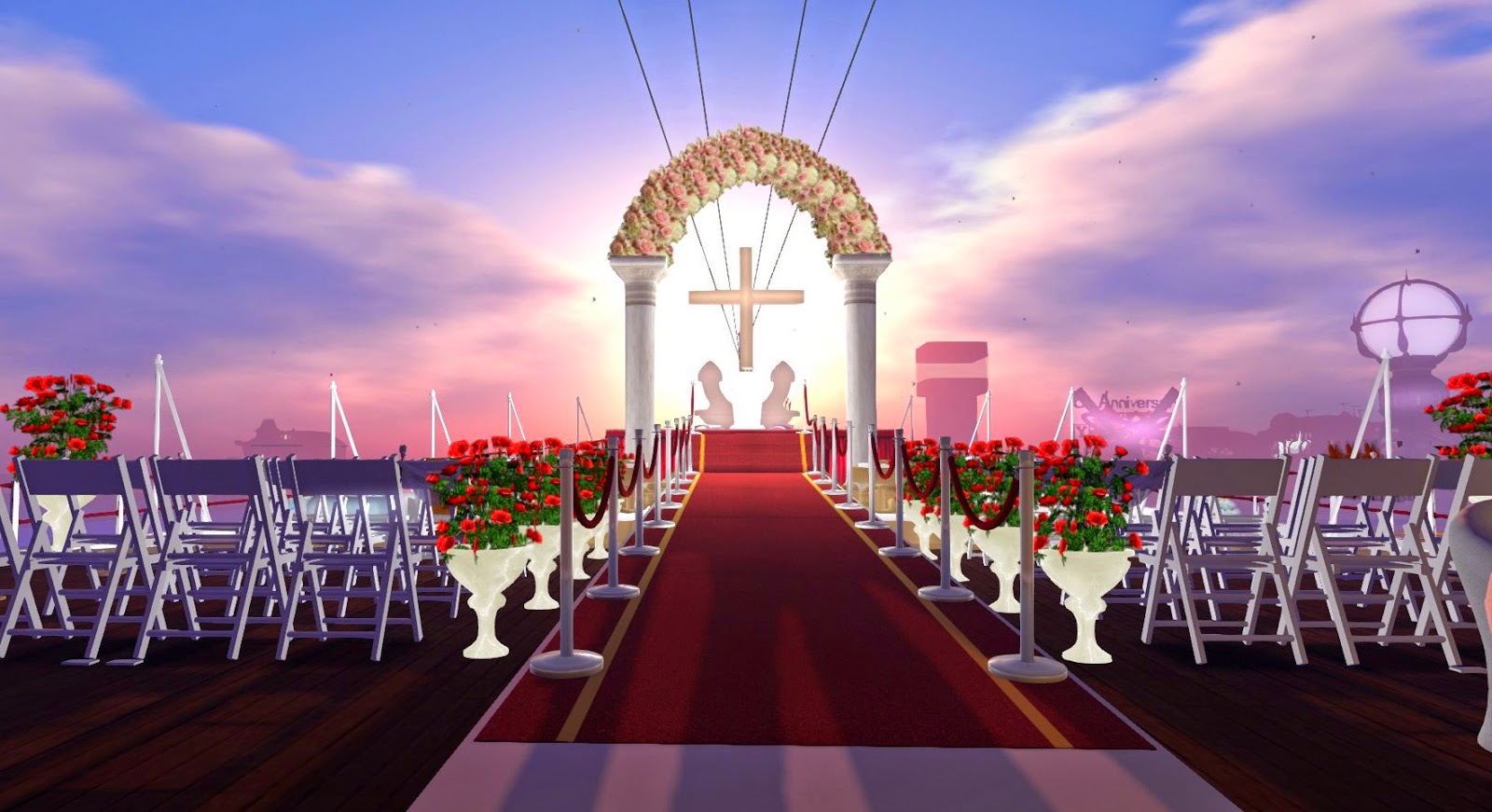 To see more blog coverage of the Yamato painted in wedding colors: