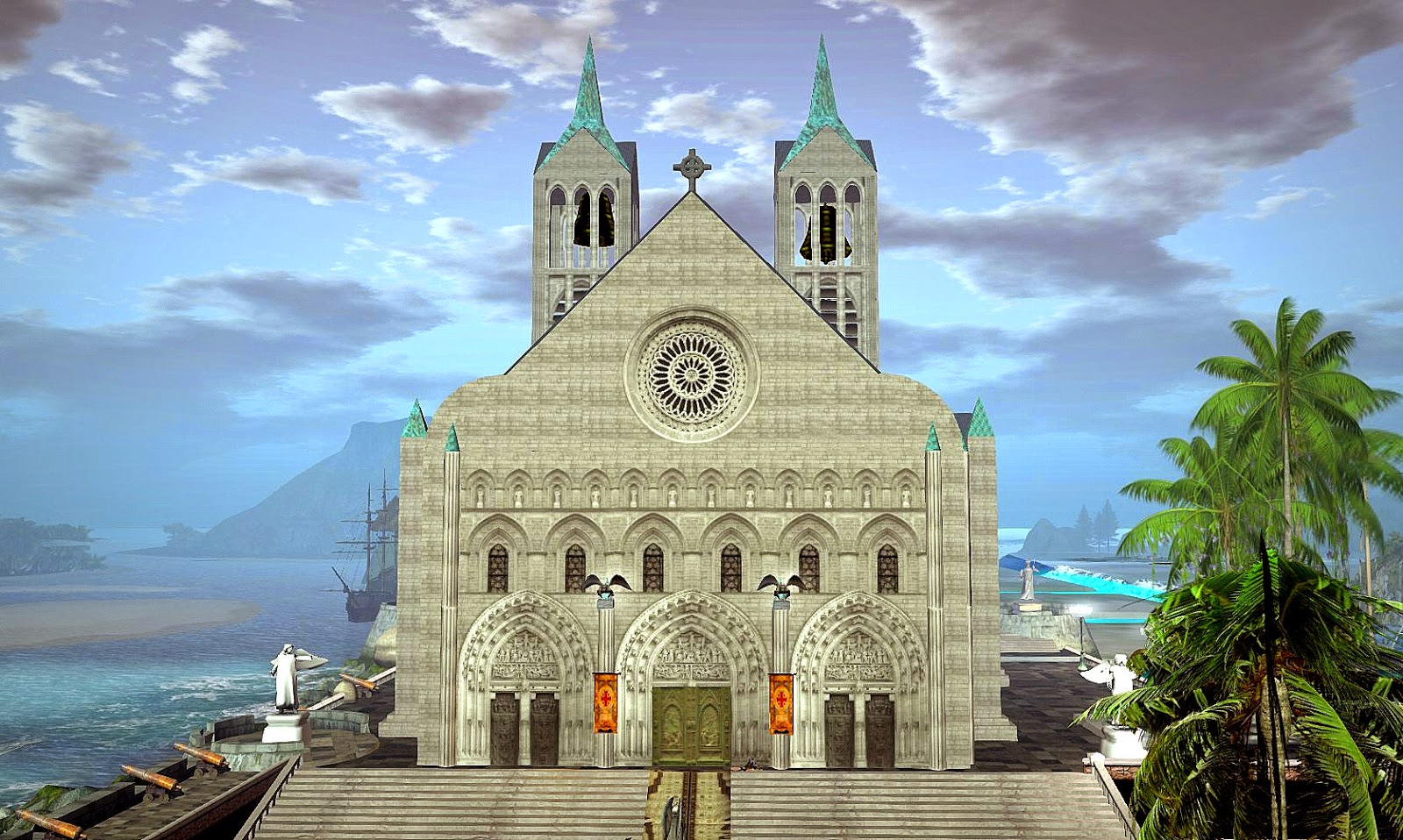 Yesterday, I reviewed and photographed the magnificent Renaissance church on Solaria Island here. Today, I am reviewing another gorgeous structure, The Basilica of St. Peter the Apostle, on Mediterraneo island. I am not sure if the basilica is inspired by an actual structure, or if it is the work of a Second Life builder who used several architectural styles to build a virtual masterpiece, but it is one of the most gorgeous churches in Second Life. The style reminds me of  19th century  Romanesque Revival architecture,which was inspired by the 11th and 12th century Romanesque architecture - as shown by the massive front of the building. 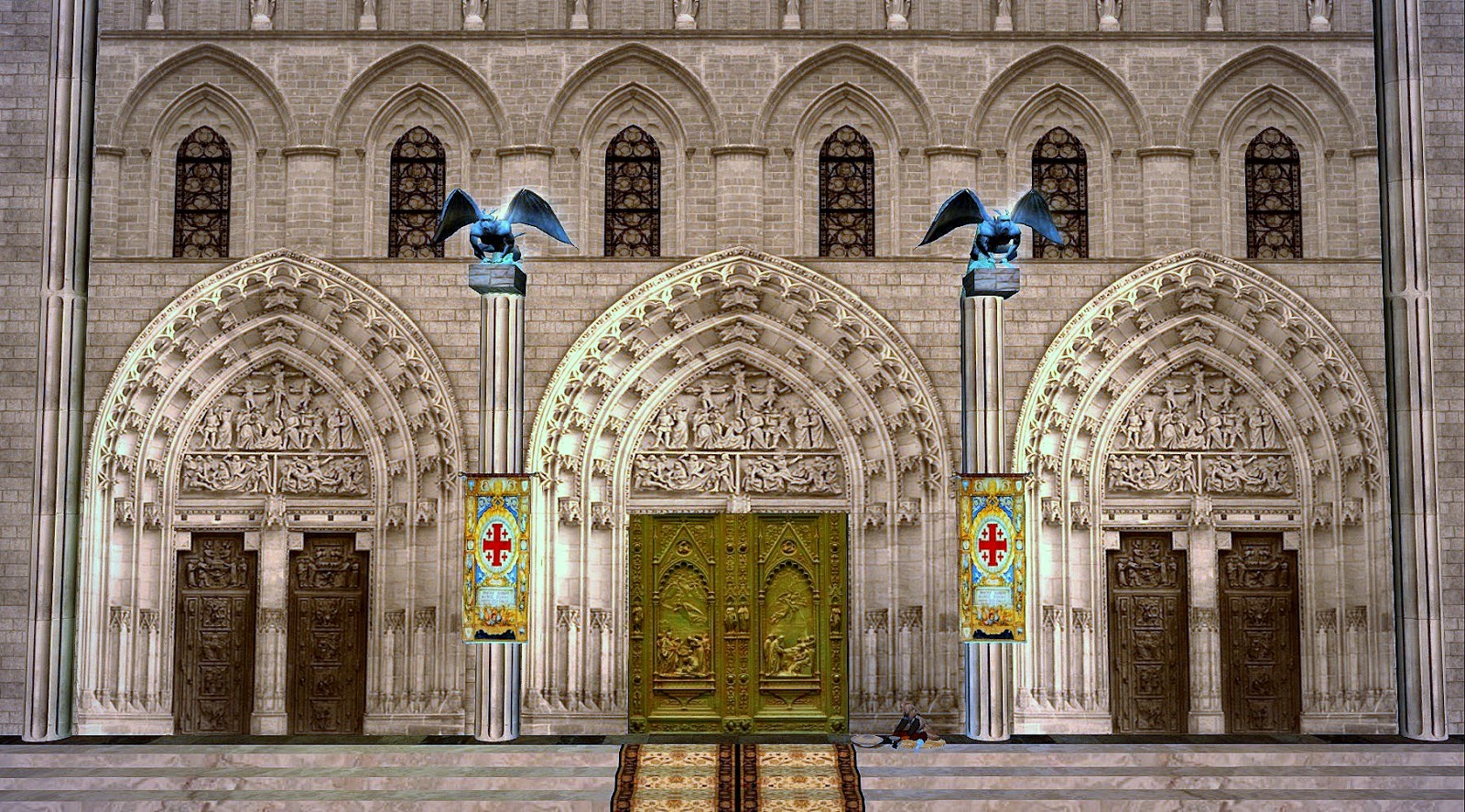 Gothic architectural influences can also be seen in the round Rose Windows, the arched tracery of the three front doors, and the tapering bell towers. Famous architects most notably Henry Hobbs Richardson in the United States blended styles for unique structures in the 19th century which stand out as masterpieces of design- the gorgeous Trinity Church in Boston's Back Bay being the master example of his work. 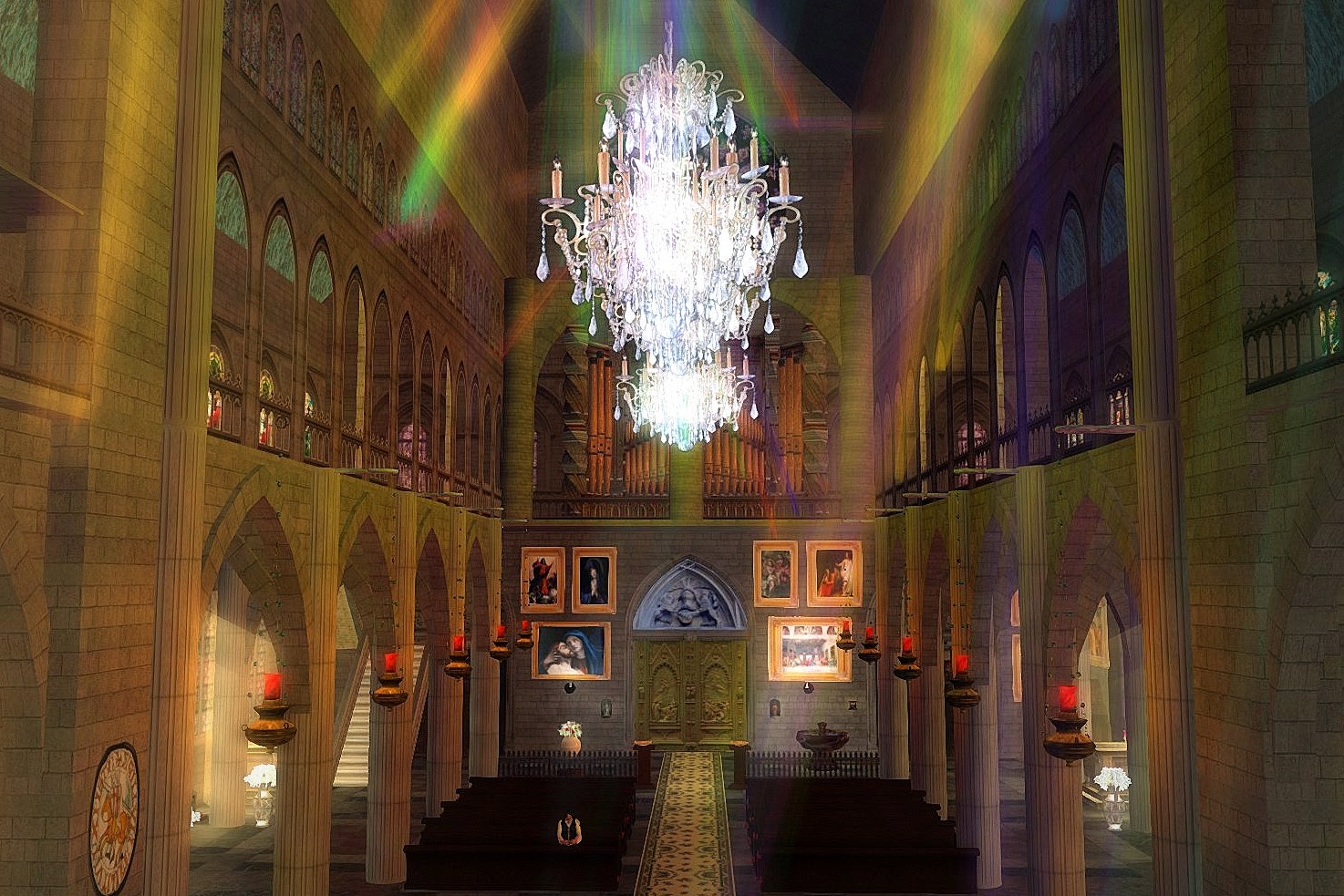 Additions to the Second Life build like the traces of colored light resembling streaming sunshine, while not completely natural, add to the impact of the build. Excellent textural detailing such as the fine patter of the bronze doors below, show the time and effort in making this Second Life structure a must-see destination to visit.

The Basilica of St. Peter the Apostle is located on a commercial sim and is available for wedding rentals.

To see yesterday's review of another Mediterranean located church in Second Life:
http://eddihaskell.blogspot.com/2014/08/great-second-life-destinations_13.html 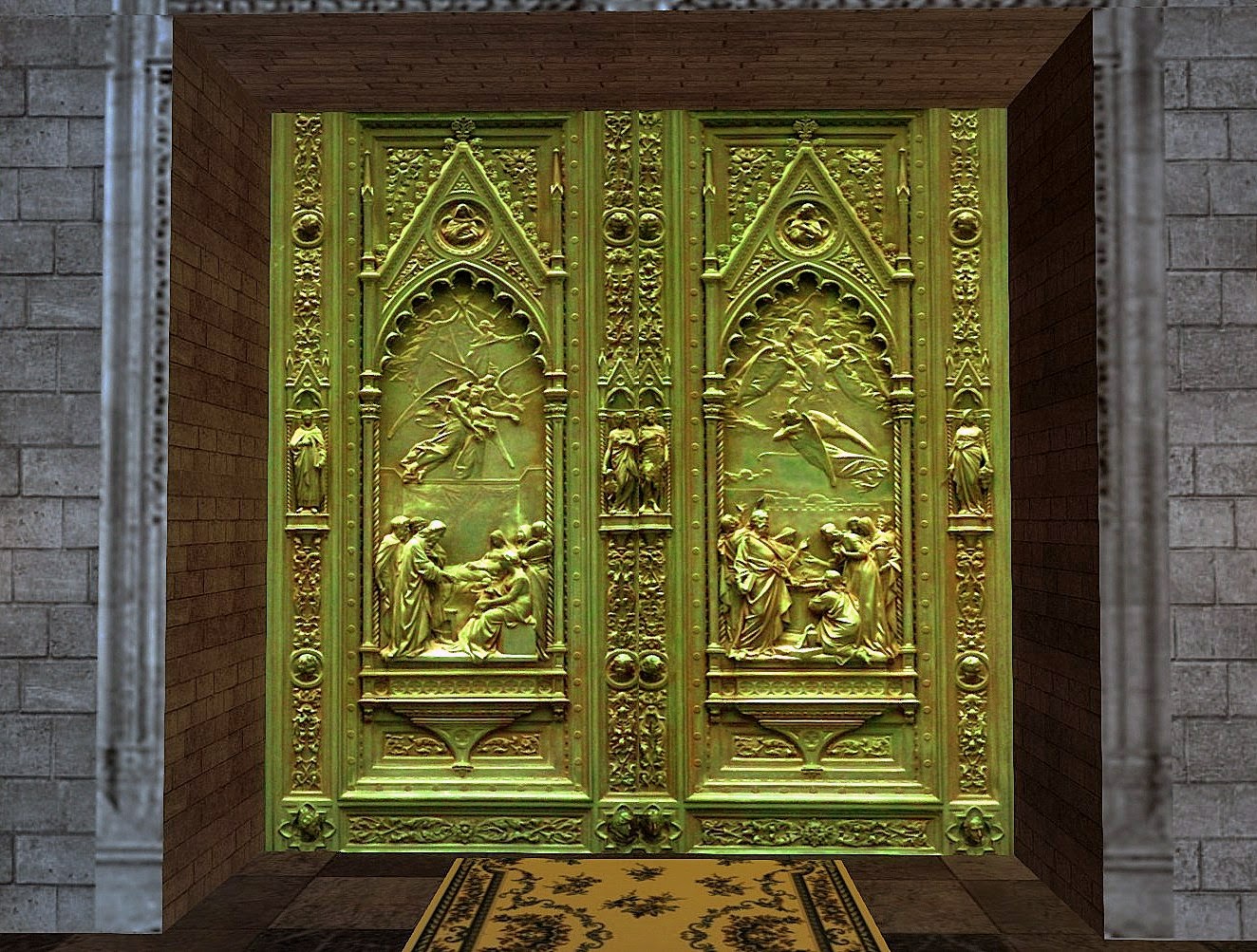 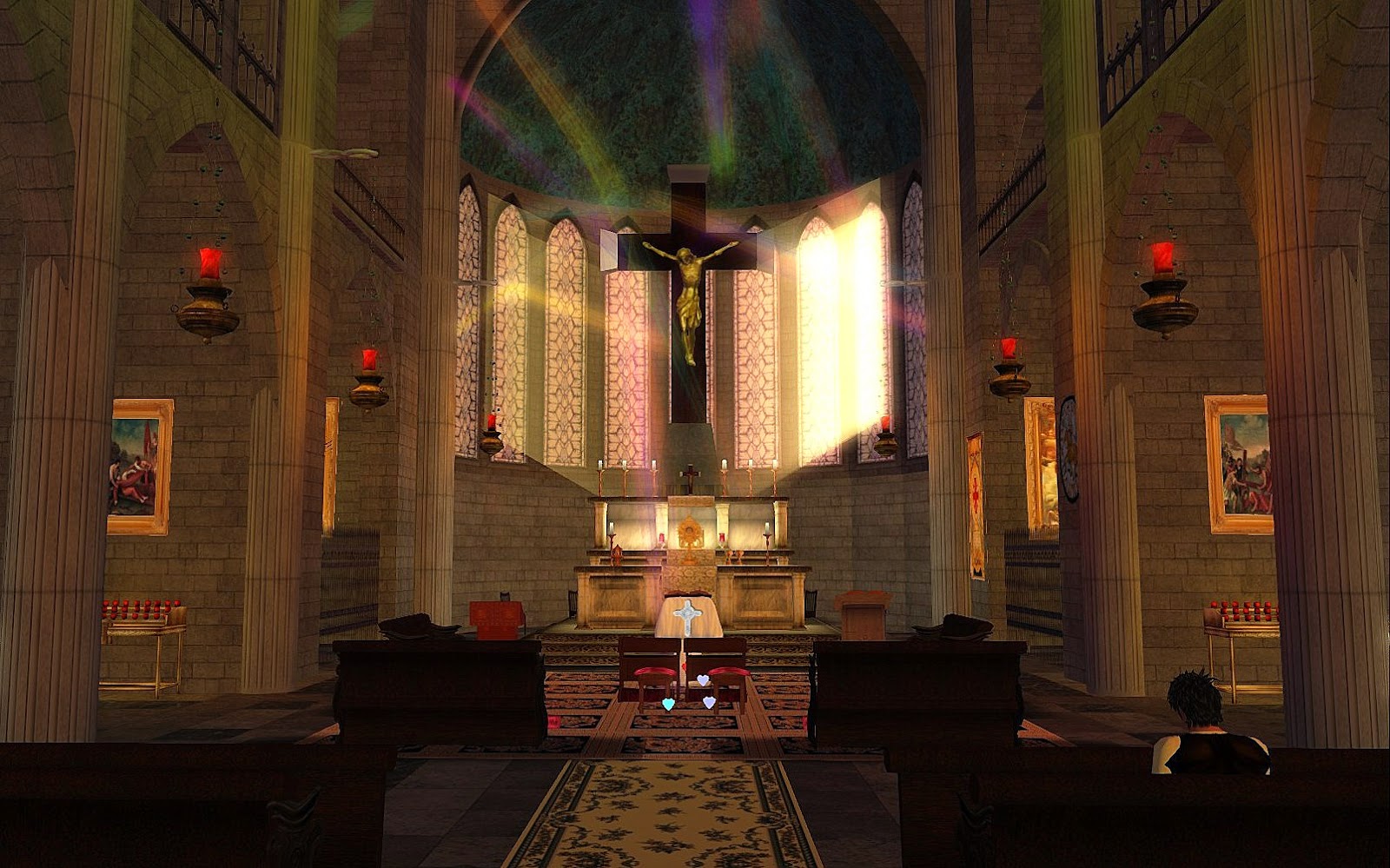 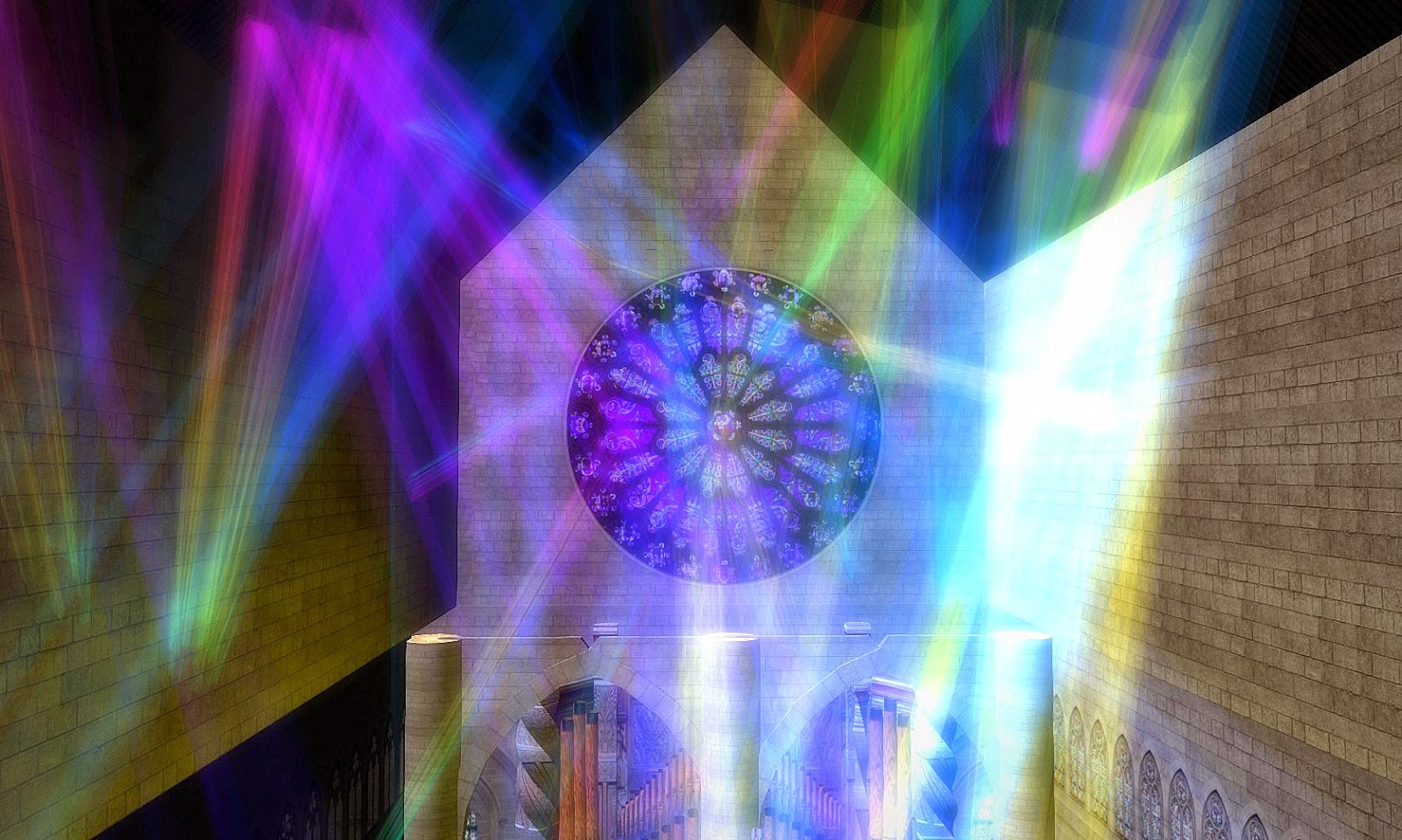 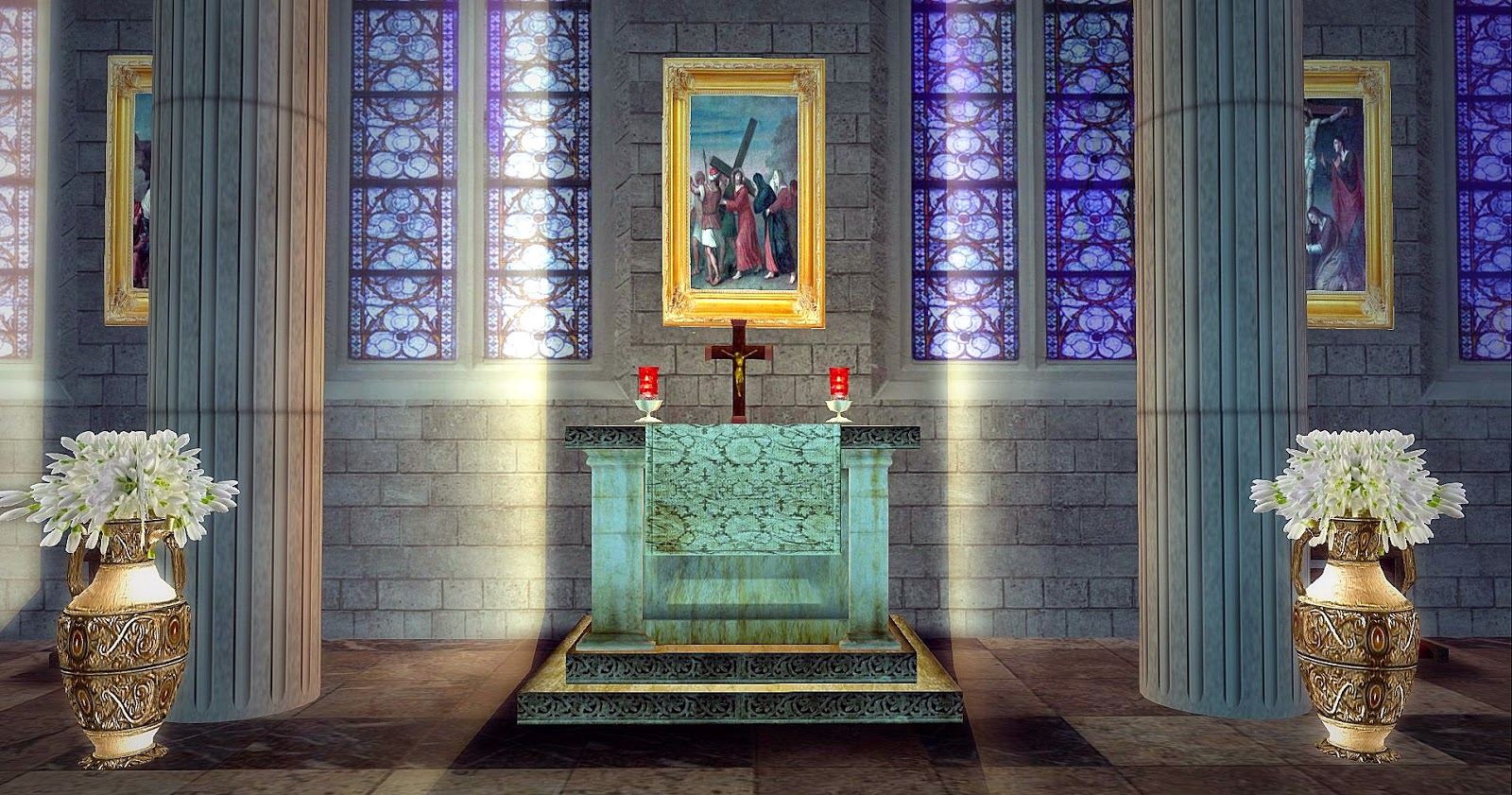 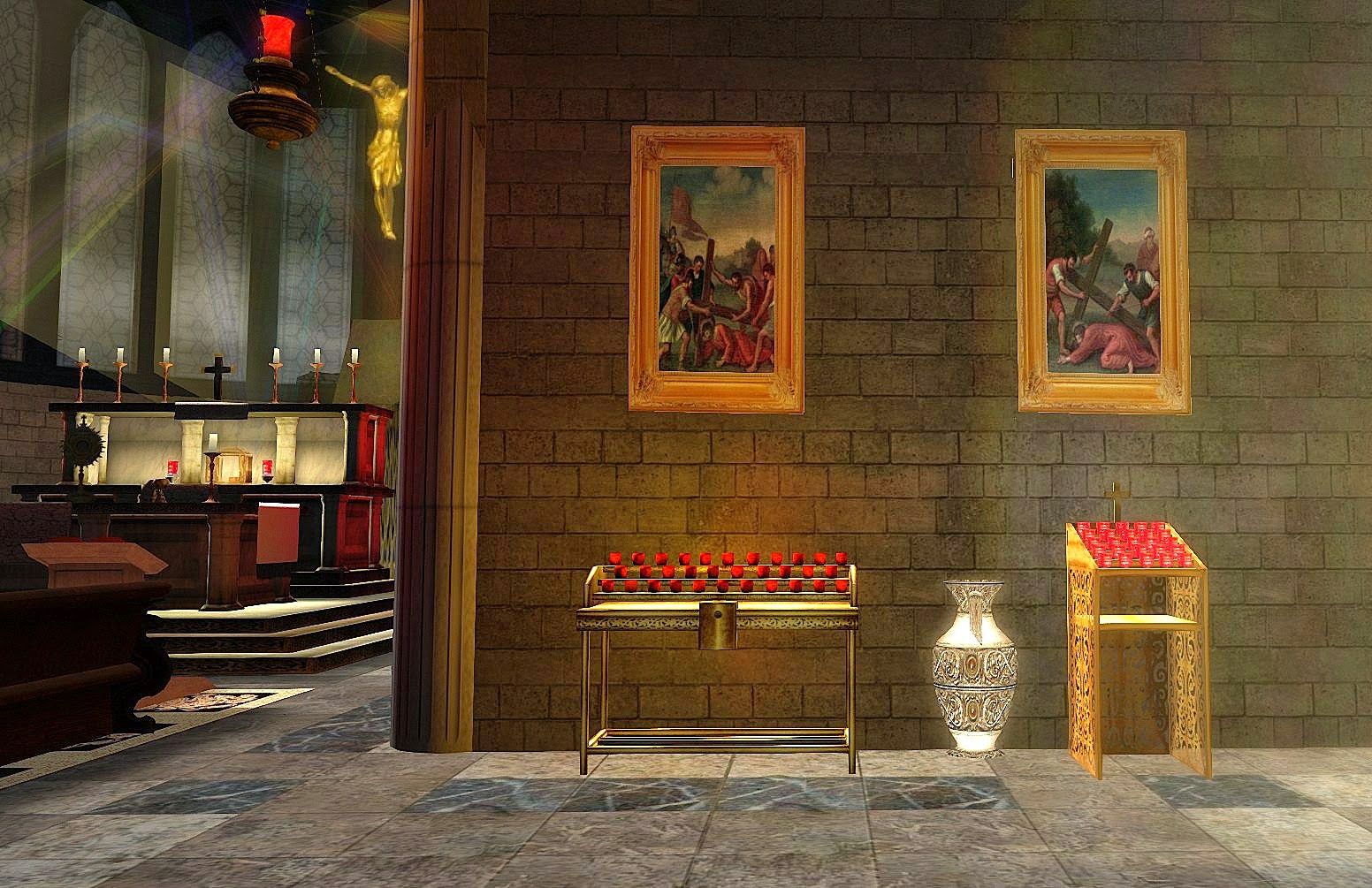 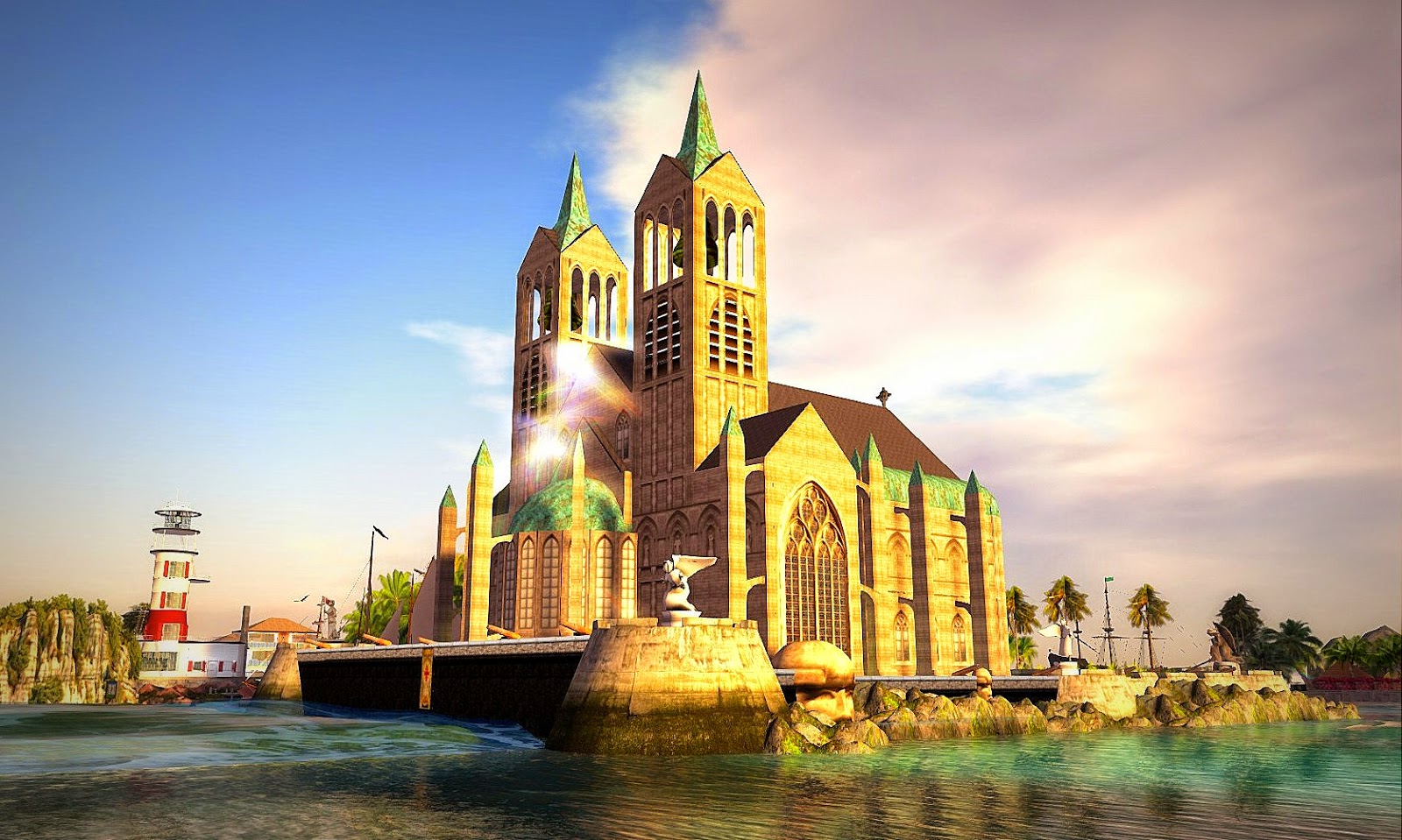 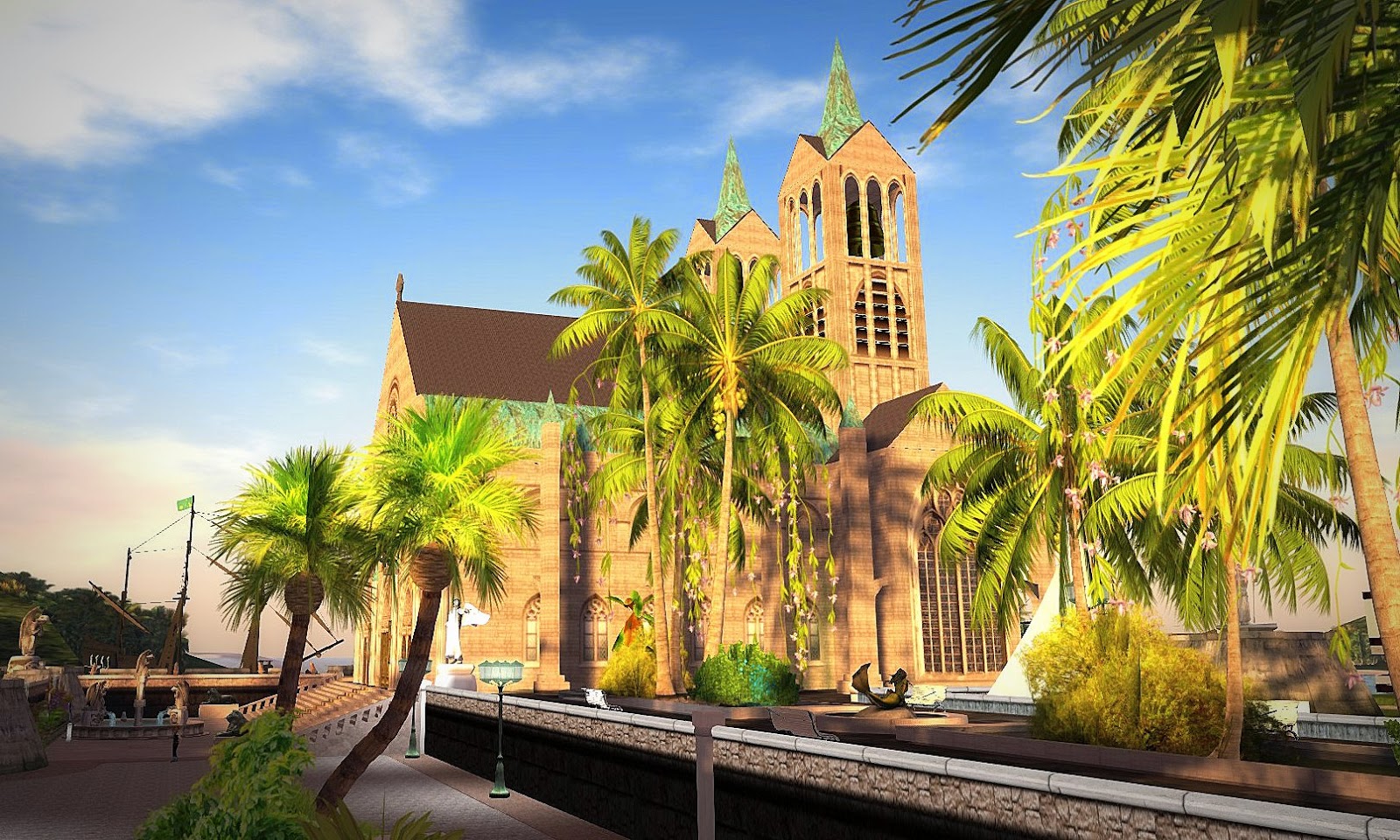 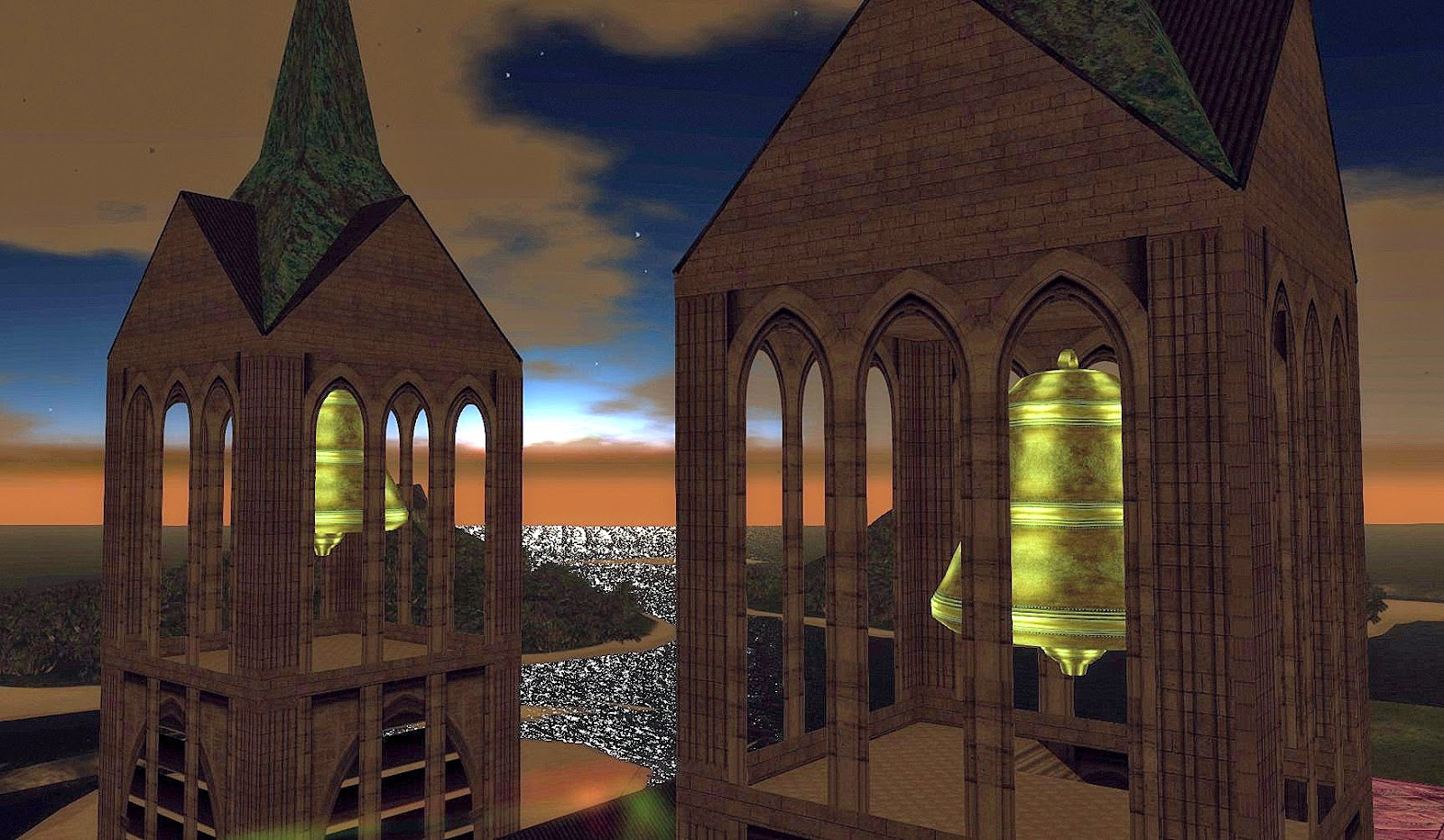