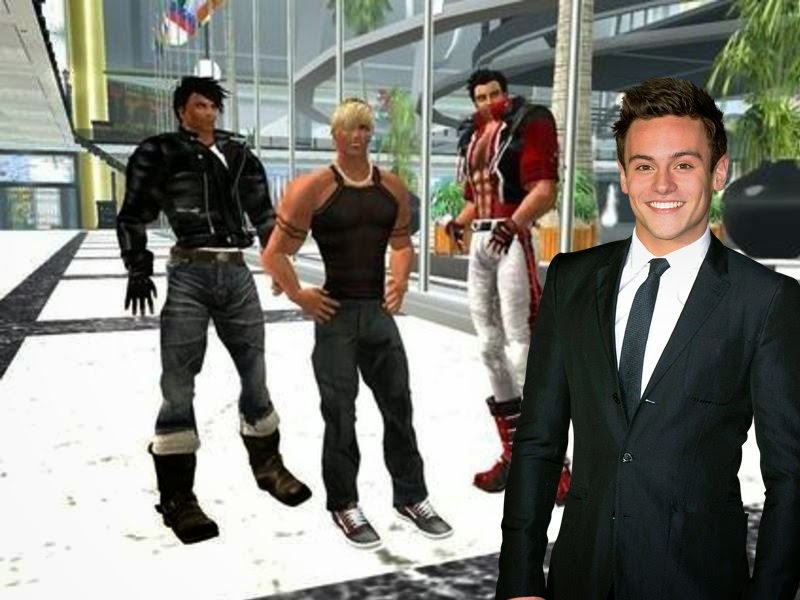 Avacar, Ryce Skytower, GA Chairman Ricogenu, and out and proud British Olympic medalist Tom Daley were seen on the set of Gay Archipelago Summerfest on Saturday Night. The three Second Life residents complimented Tom on his well fitting suit which they feel bring a new level of realism to Second Life.

Gay Archipelago Summerfest is set to open next Saturday July 12. I will be putting on a huge fireworks show at the end of the first days DJ sets -- and also at a special preview party the night before at the Shimmyshack. with DJ Evan. I will be getting you information on this fireworks spectacular later this week. 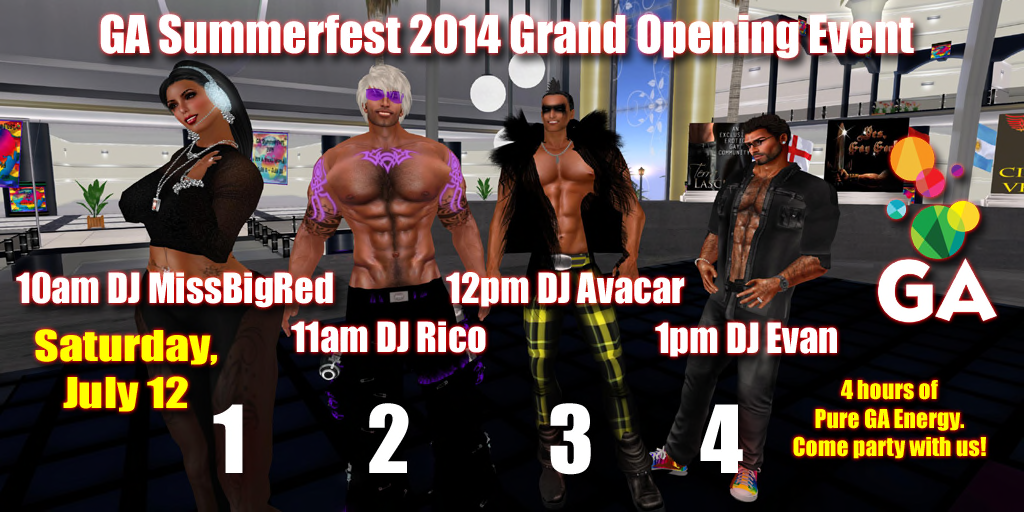 Also seen promoting GA Summerfest was One Direction's Harry Styles who was seen leaving Starbuck's with a special GA Summerfest carrybag which held his melted focaccia and spinach flatbread, in addition to holding sugary Frappuccinos for other One Direction members who needed a sugar rush. 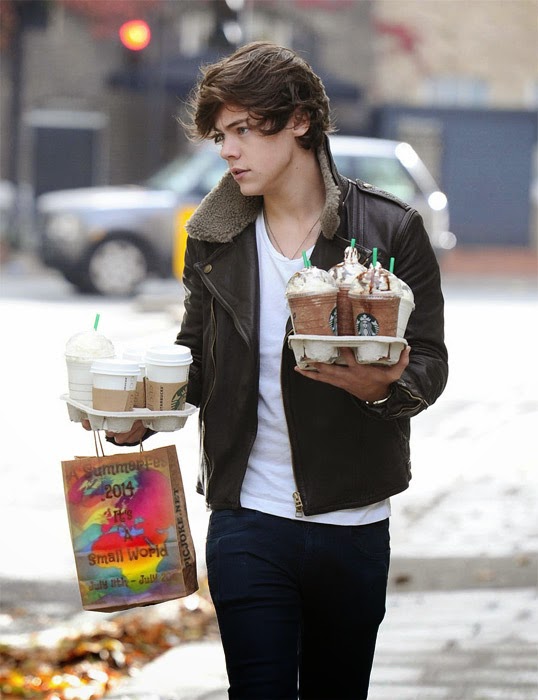 Not to be outdone, Soccer superstar Cristiano Ronaldo got tongues wagging by wearing a special Manchester United GA Summerfest shirt on a stop over in Portugal on his way back to Real Madrid. What we want to know is why a Manchester United shirt Cristiano? Can a trade back to Old Trafford be in the works? Enquiring minds want to know! 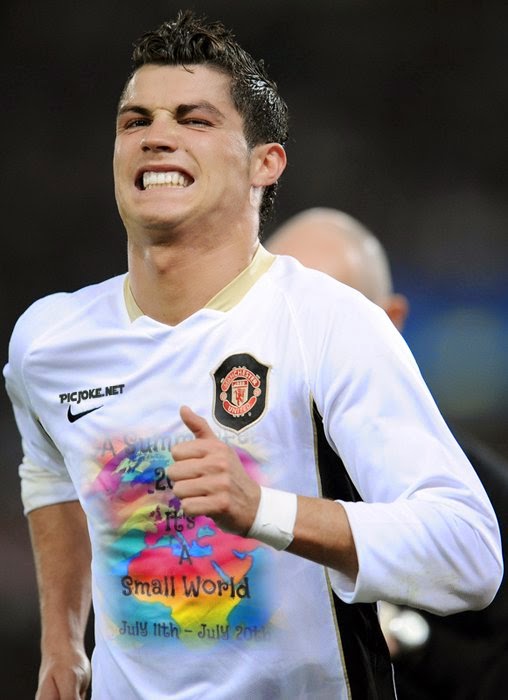 Ellen Degeneris says that GA Summerfest is sexy!  We are very happy she is not inviting Justin Bieber to come though. 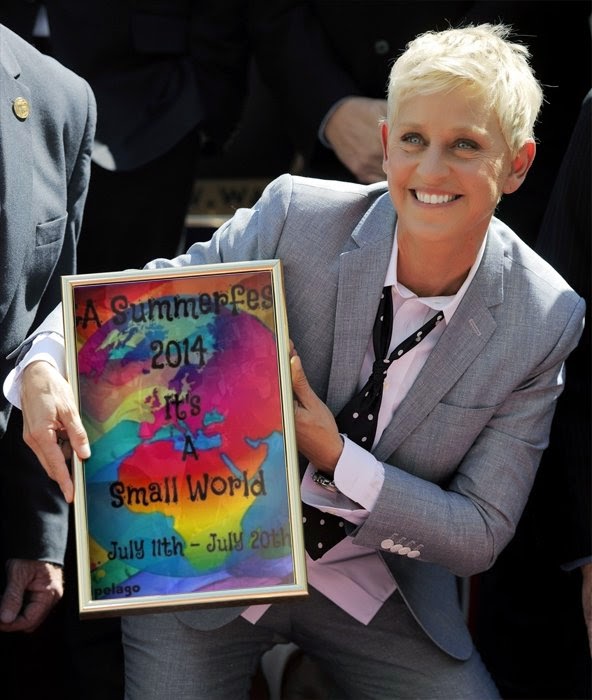 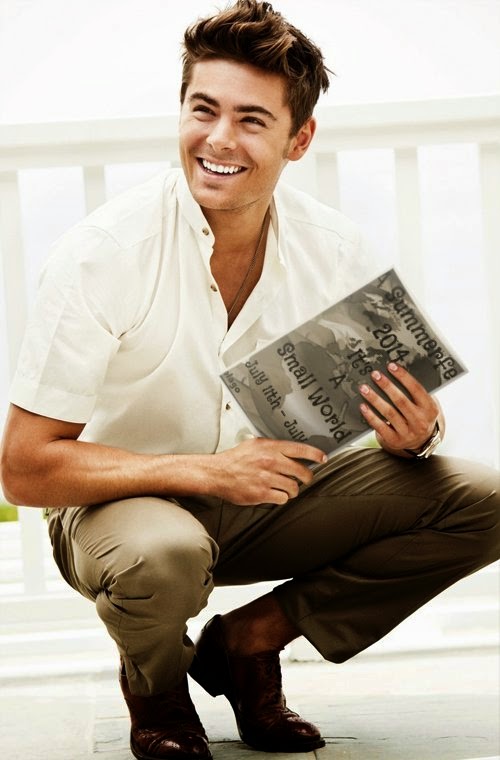 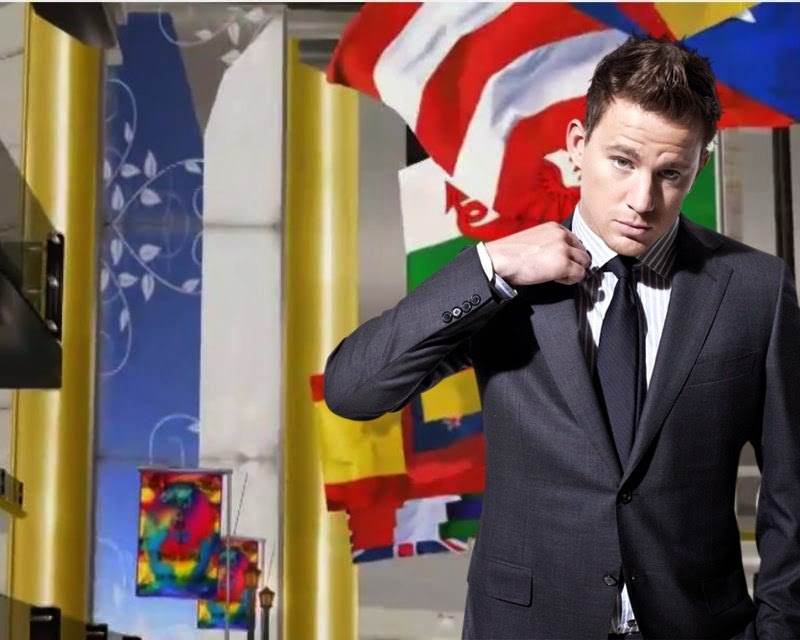 First Lady Michele Obama tweeted this photo today showing her support and recognition of the Second Life event. She asked if wholesome grains and vegetables would be served at our lunches and we replied that they were on the menu at The Terrace Lounge and Grill - and that the answer was yes! 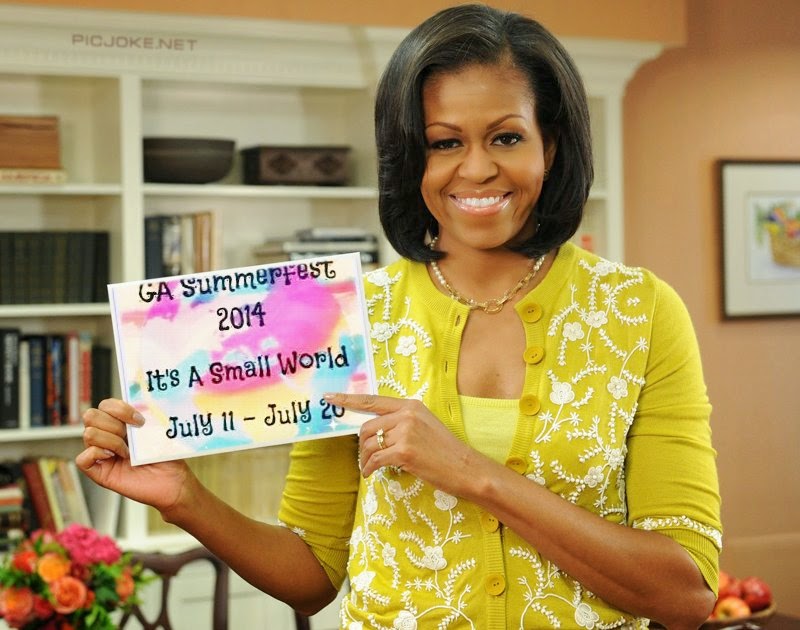 And finally, even Superman is getting in on the act- showing that just about everyone is planning to go to Summerfest! 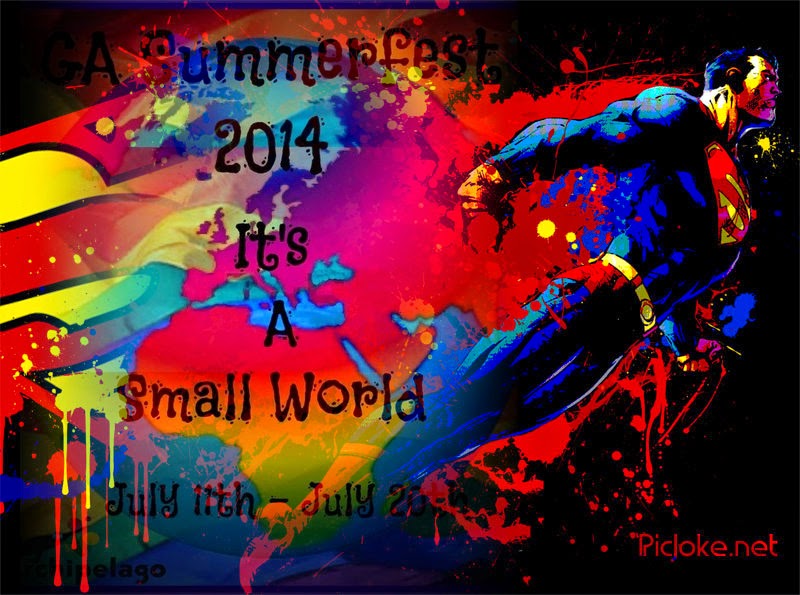 Note: All images were made over at http://en.picjoke.net/.