Note from Eddi: The Second Pride Festival will Open on Next Friday, June 20. This is a message from Petr Vanbeeck about becoming a vendor sponsor of this important event.

To find out more about the Second Pride Festival:
http://second-pride.com/

I am the Chair of Second Pride, the oldest GLBT organization in Second Life, and I wanted to send you a note personally to invite you to be a part of the 2014 Second Pride Festival. Each year the organization puts on a festival featuring entertainers and merchants from the community and their friends.

There are several ways to participate in the event, either through event sponsorship or as a vendor.
Information regarding both types of packages can be found here

This year we are teaming with an extremely talented builder who is creating a parade for use complete with interactive floats and balloons.  The parade will be running 24/7 during the festival.  The opening on the 20th will include the parade featuring all of the sponsors - Thin Macy's Thanksgiving Day Parade in Second Life.

if you would be interested, I would be more than happy to show you the mock up and discuss opportunities with you.  Please contact me inworld and I will get back to you.

You can also contact me via email at petr.vanbeeck@yahoo.com.

Thanks for taking the time to read this message. 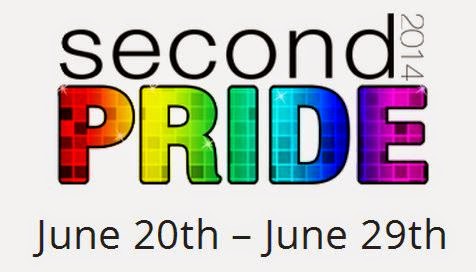