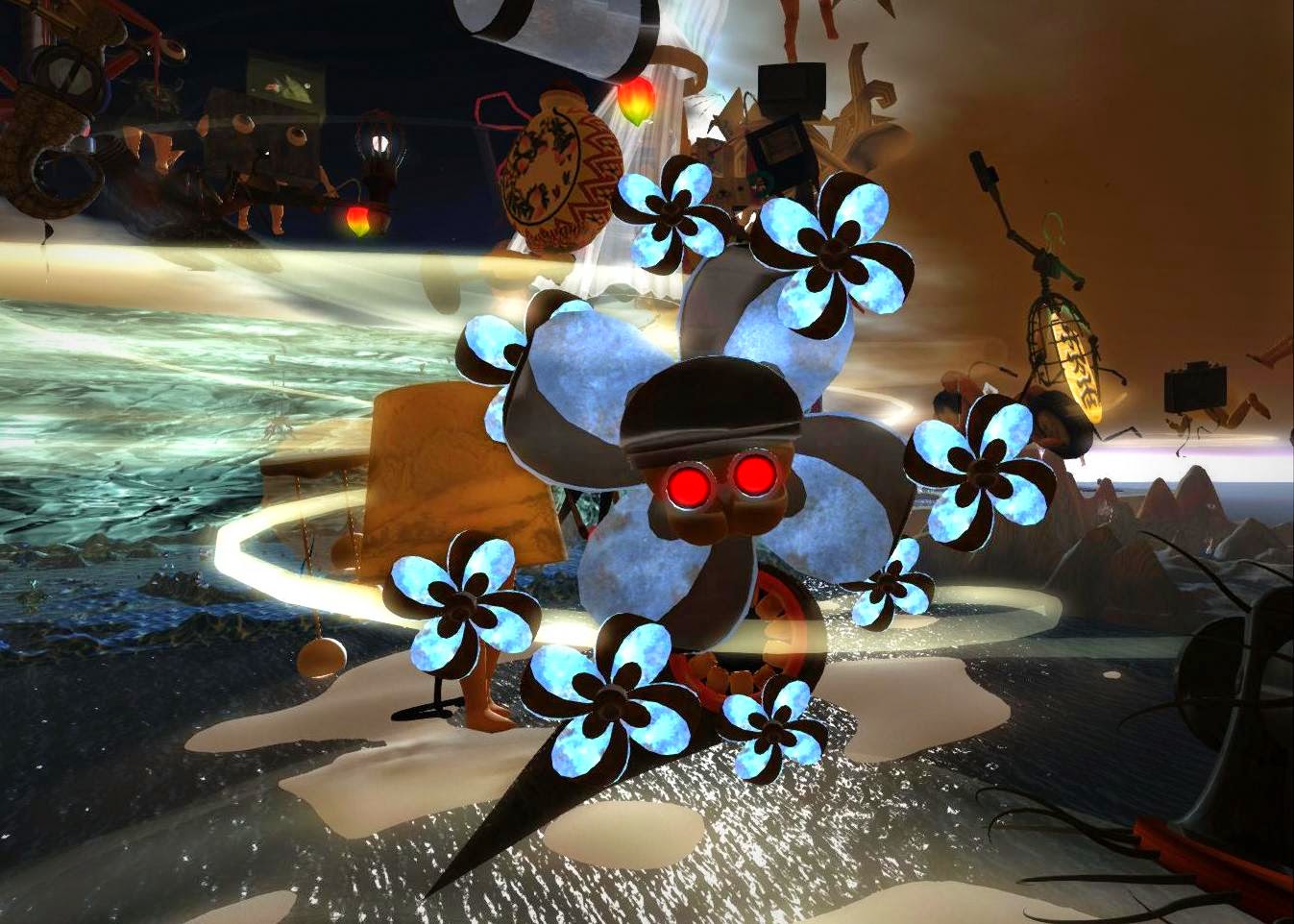 Yooma Mayo has produced a very interesting, and beautiful in detail, art exhibit over at LEA 19 that is running through the end of June, "Hyakki Yagyou" or Chaotic Parade in Japanese. The parade consists of 100 Yokai, or individual spirits and demons, created by 25 artist residents of Kowloon, which  march up a sim-sized  spiral ramp, occasionally bumping against each other. Most of the individual pieces have a cartoon-like quality to them, and are constructed in bright, primary colors, with red a predominant theme. The entire exhibition is overwhelming at first, but once you spend time examining the individual pieces, you appreciate how good the overall design is. Highly recommended for a visit.

A catalog of the 100 individual components pieces  (The Yokai) is available at the entrance kiosk.  They were made by 25 individual residents who are living in Kowloon. 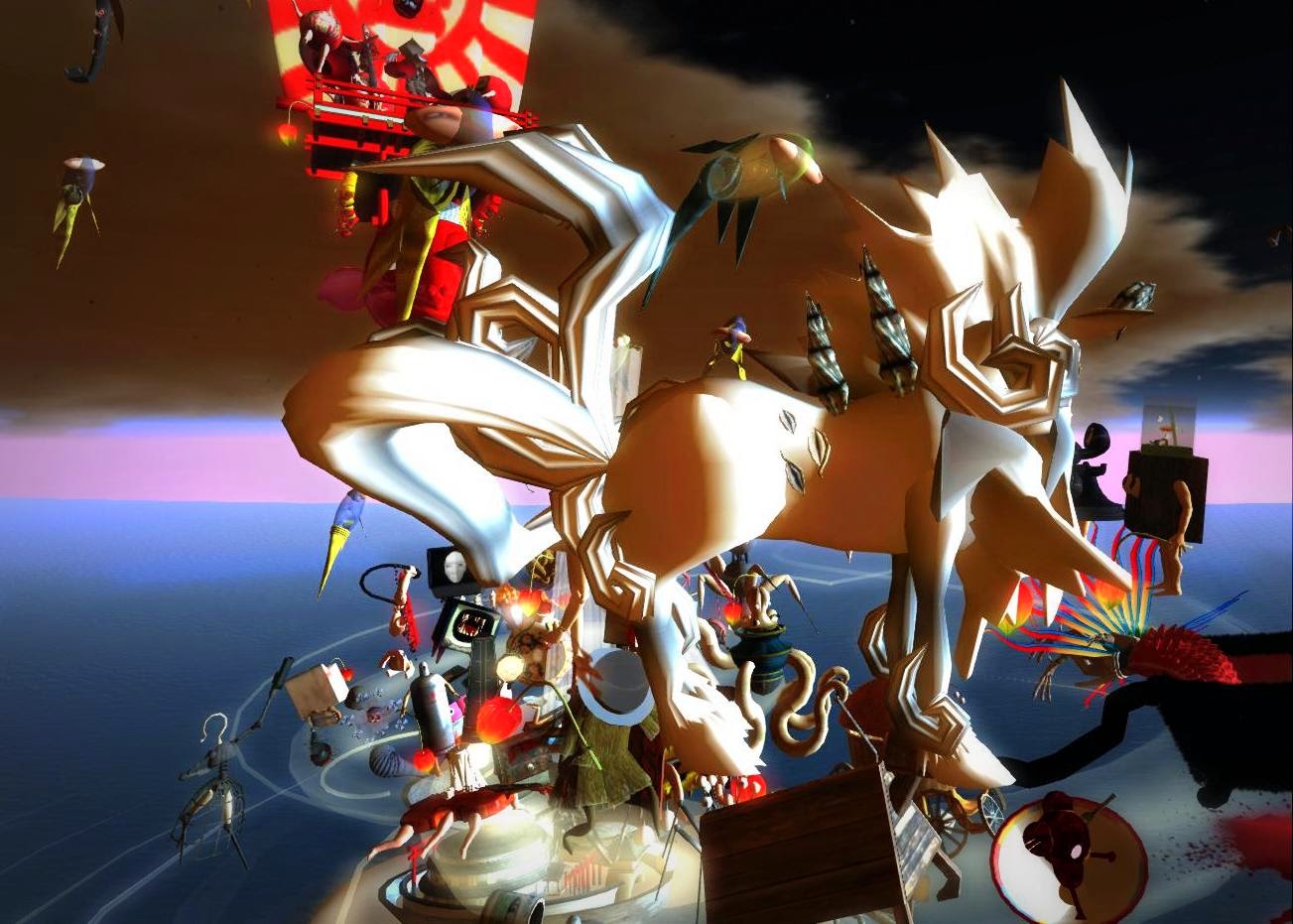 To find our more about this exhibit:
https://honourmcmillan.wordpress.com/2014/05/30/the-chaotic-parade-of-100-demons-in-second-life/

To find our more about Linden Endowment for the Arts (LEA):
http://lindenarts.blogspot.com/ 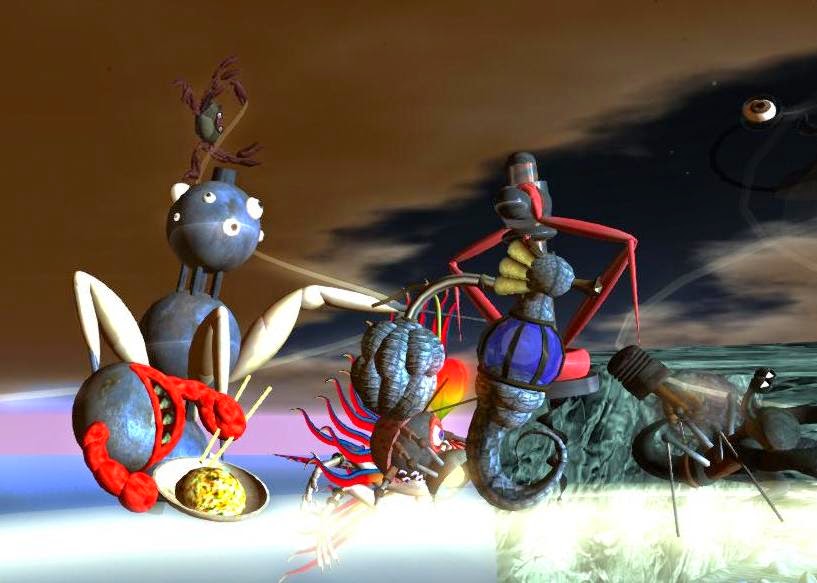 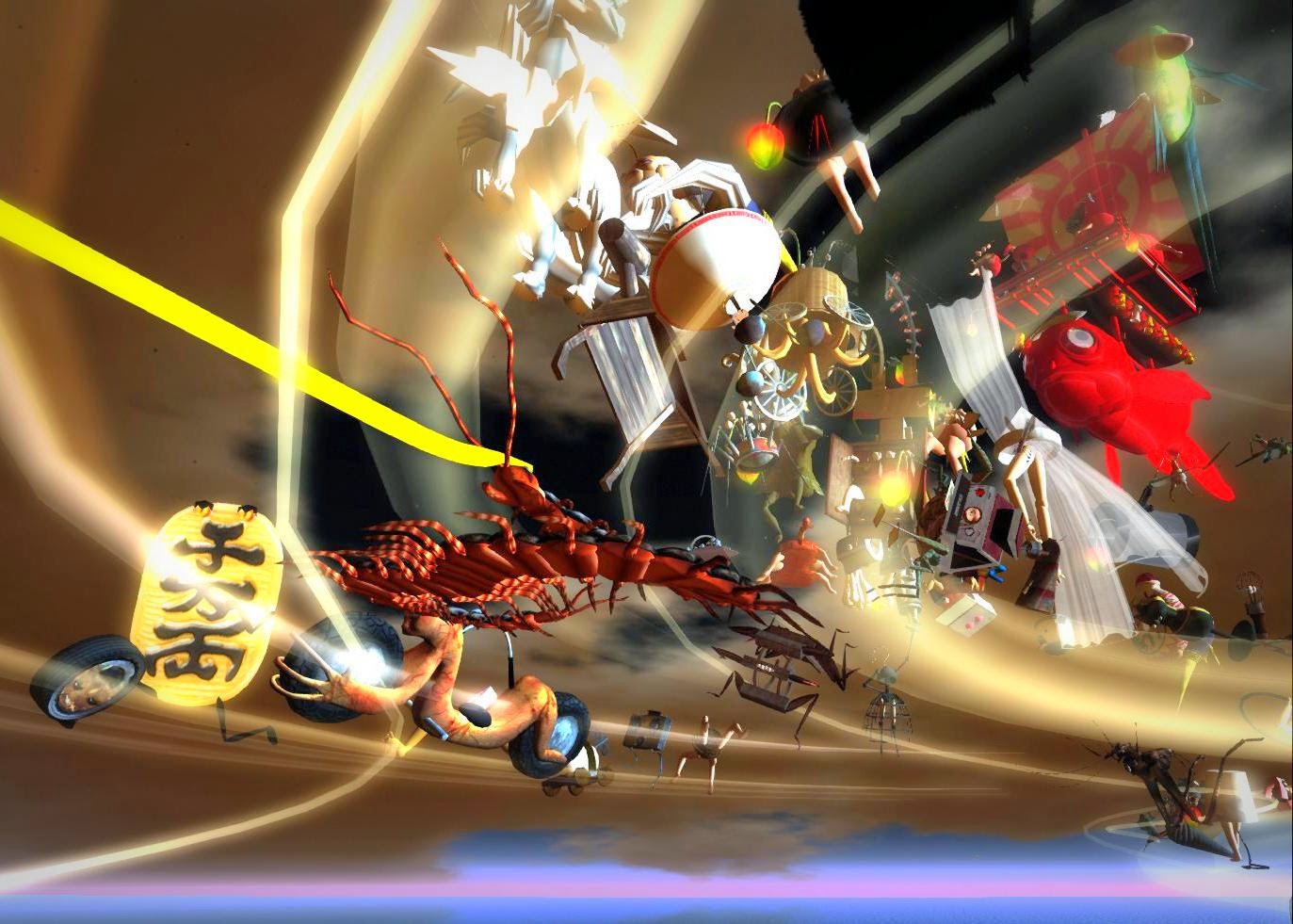 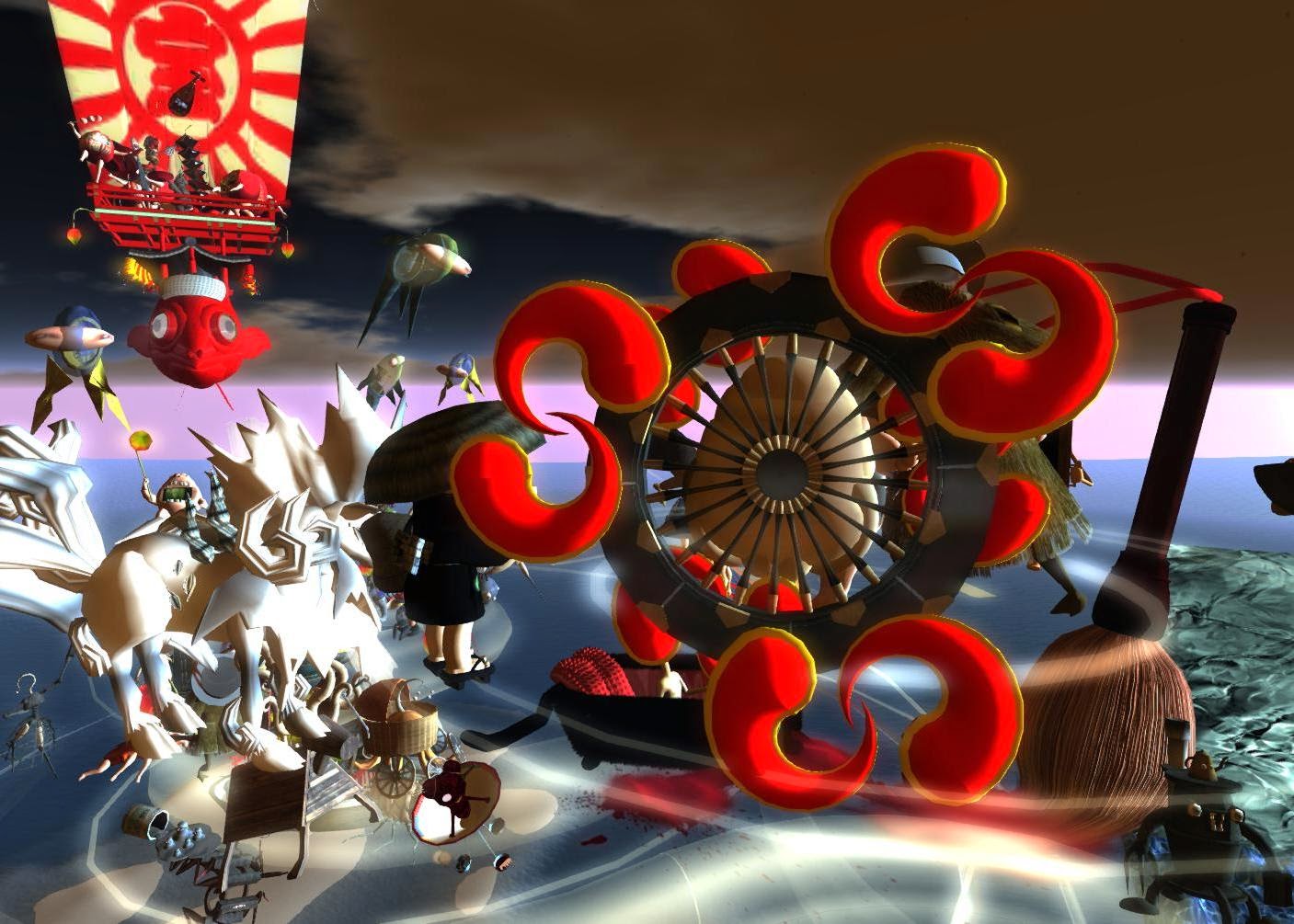 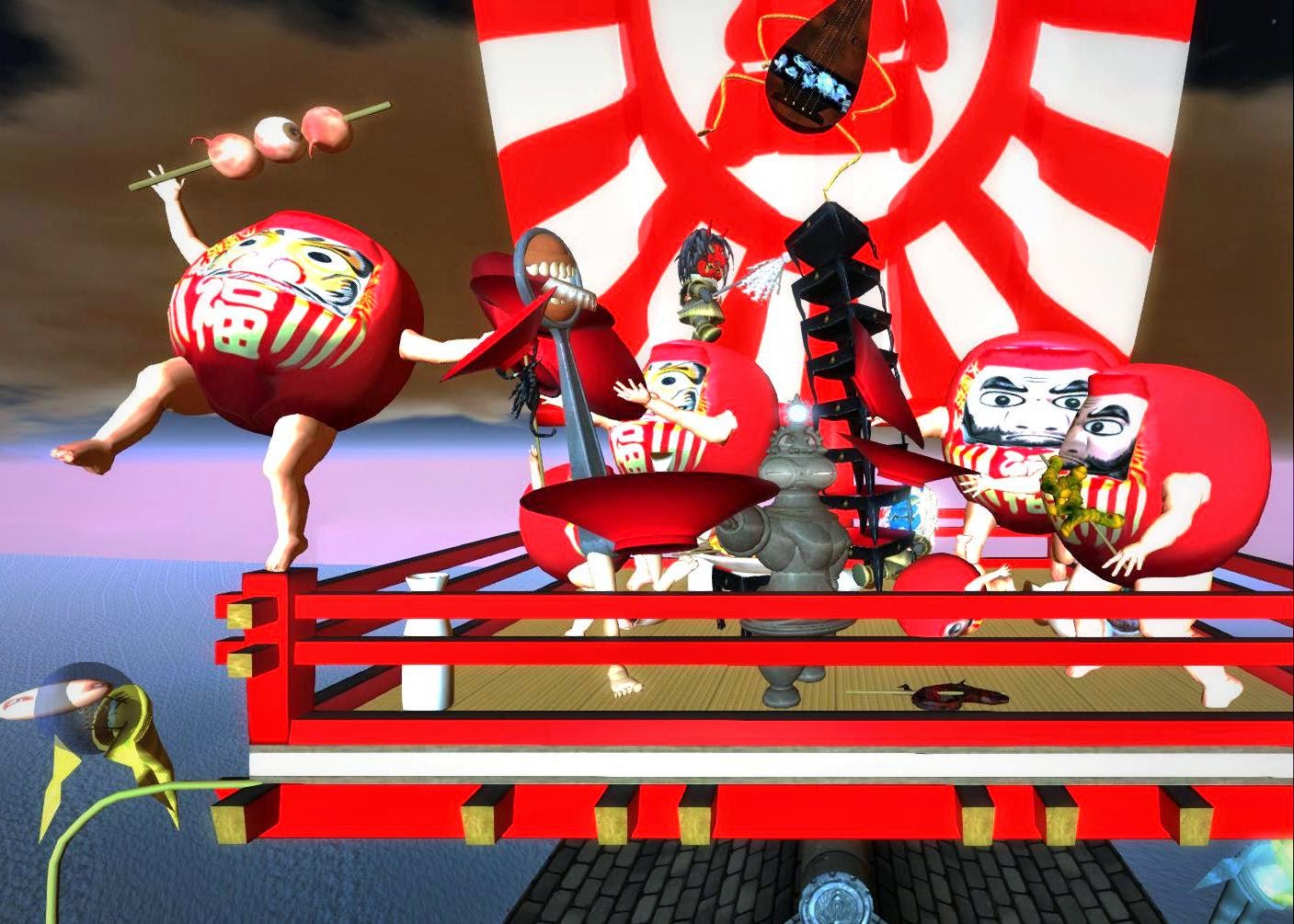 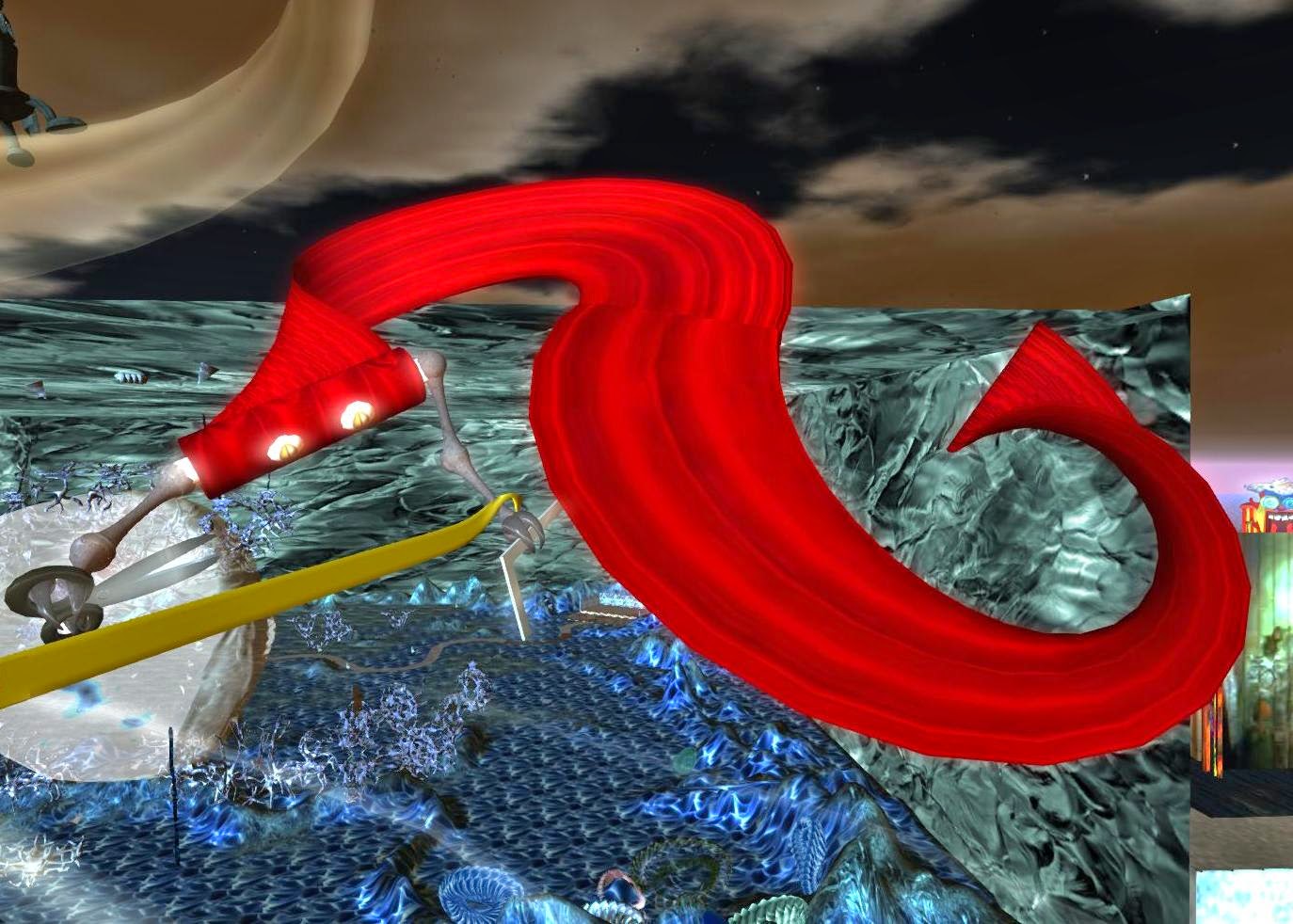 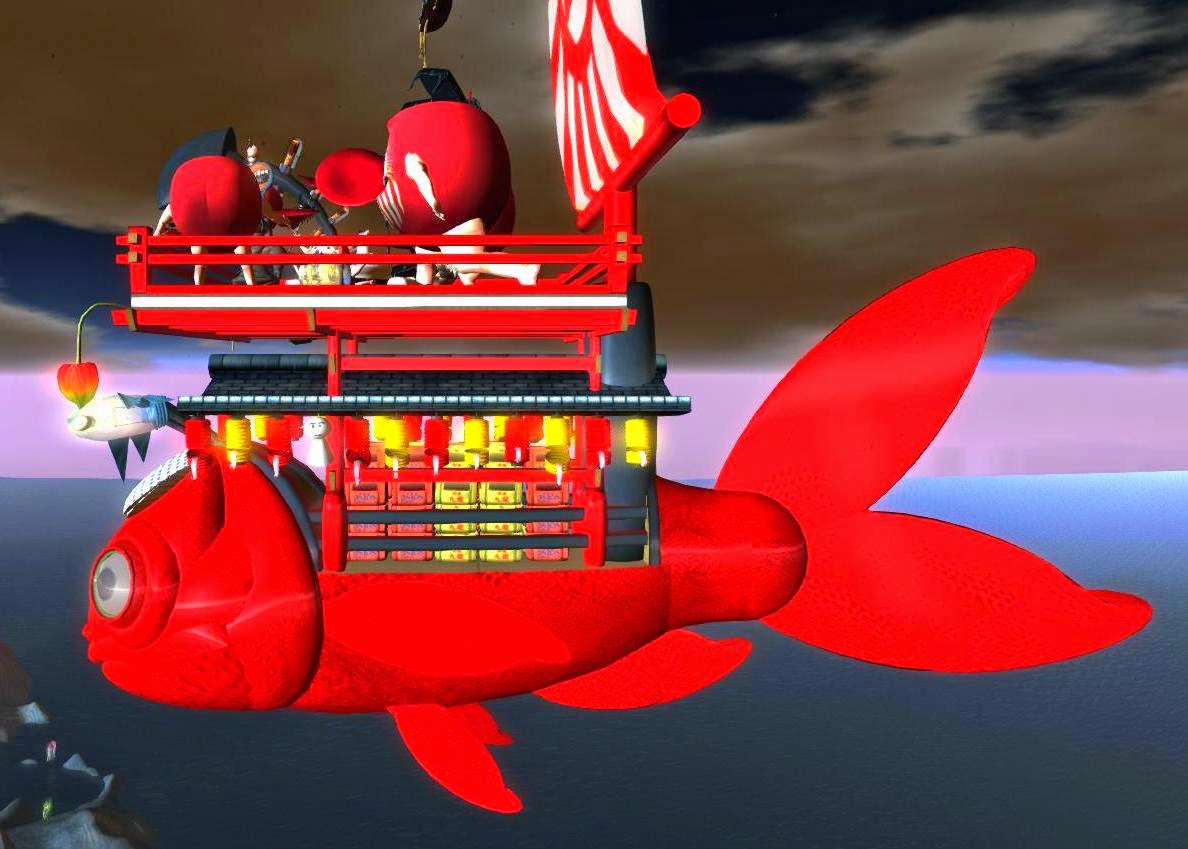 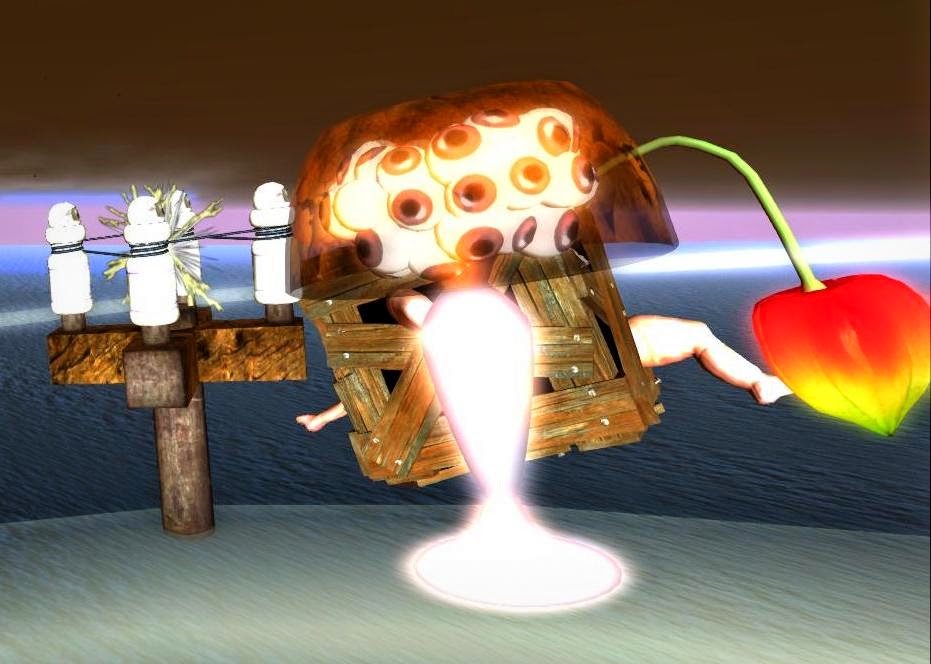 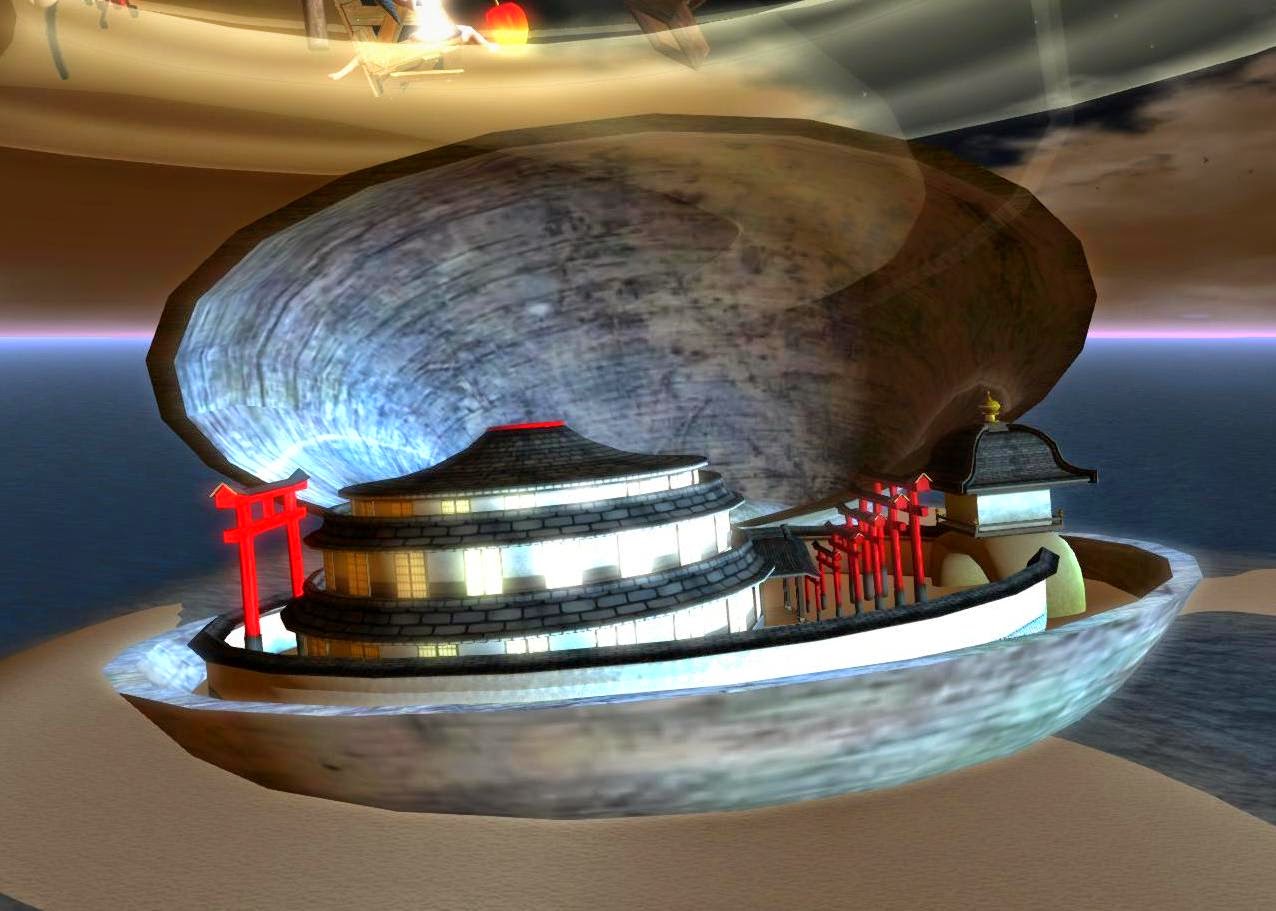 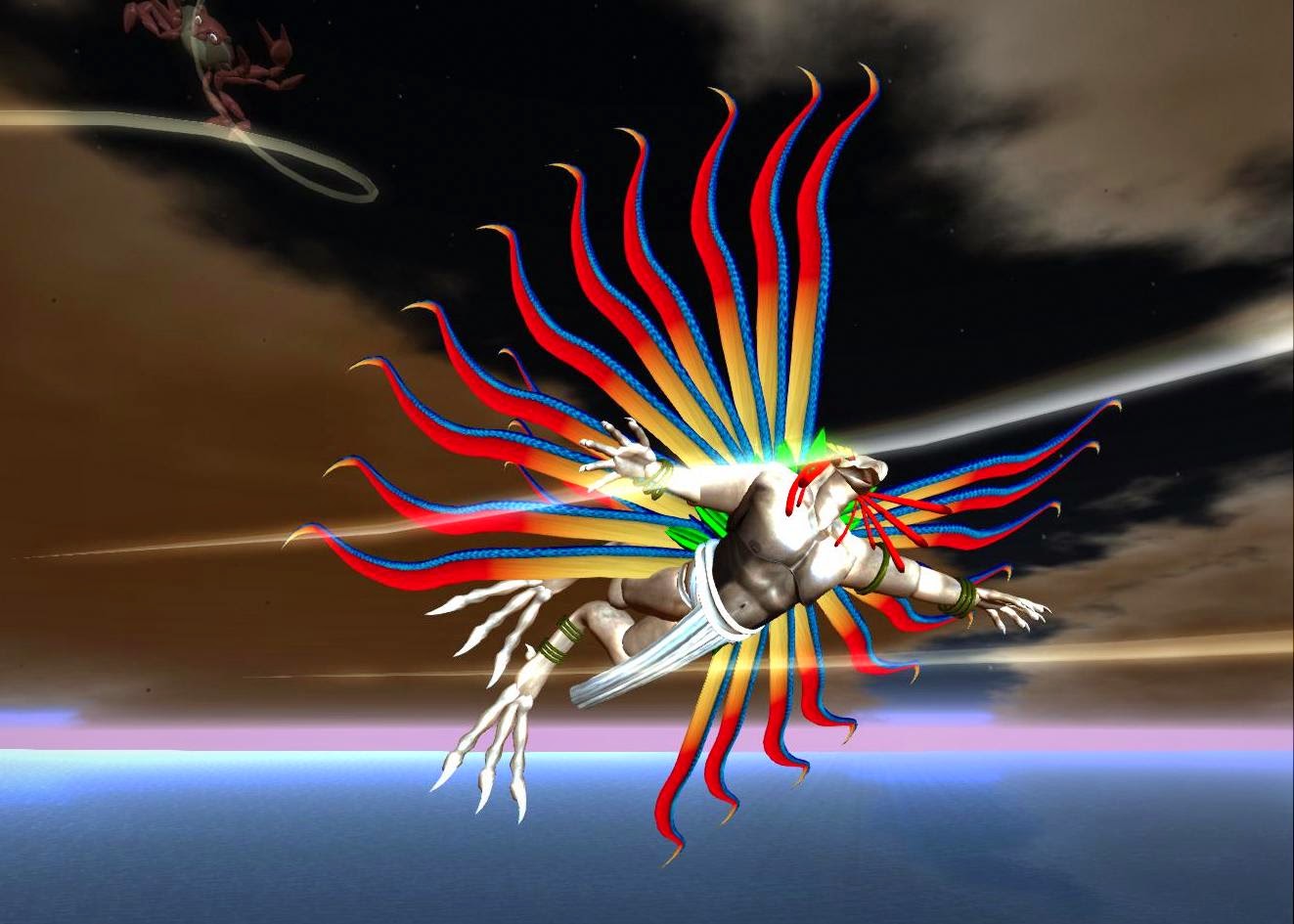 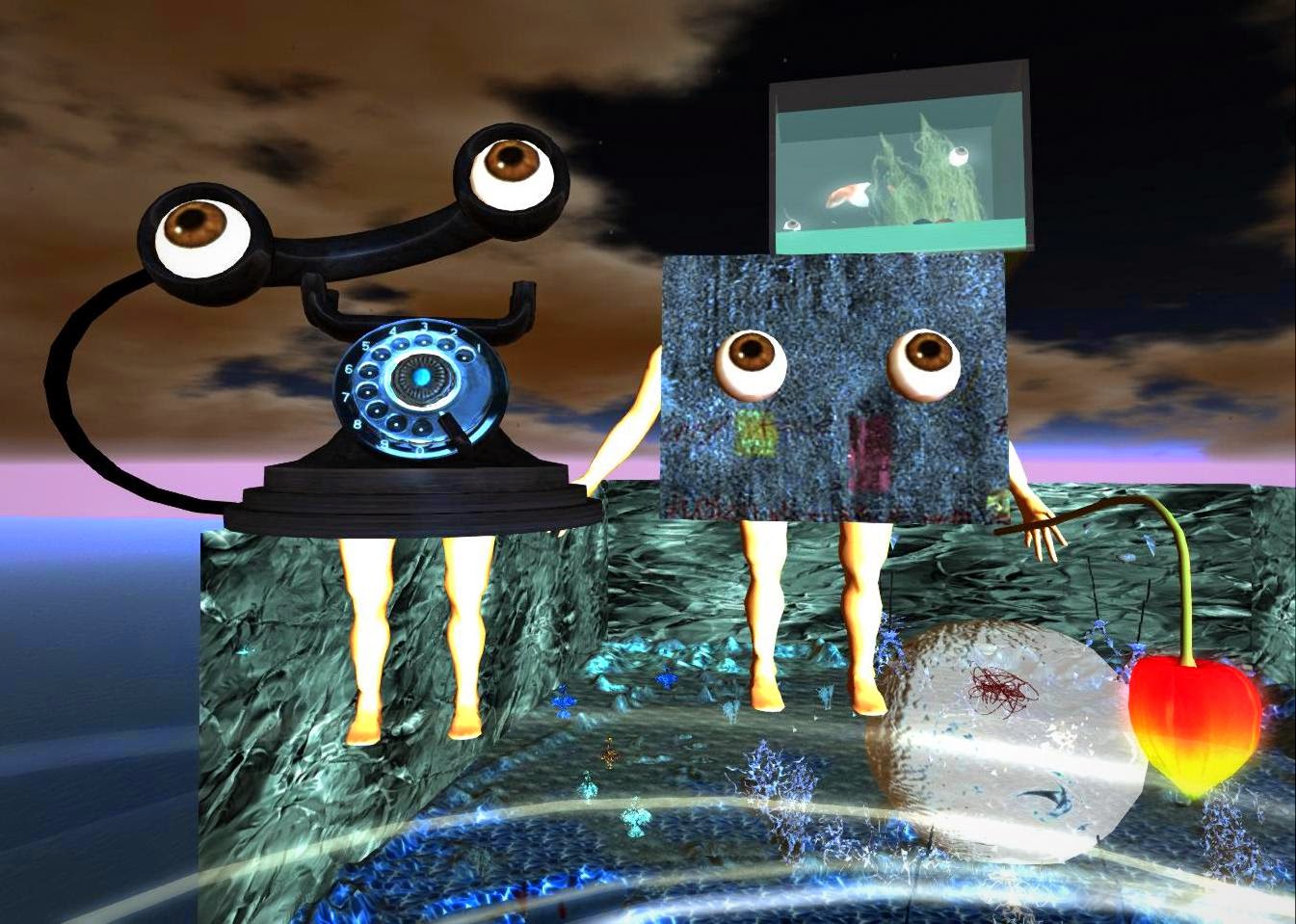 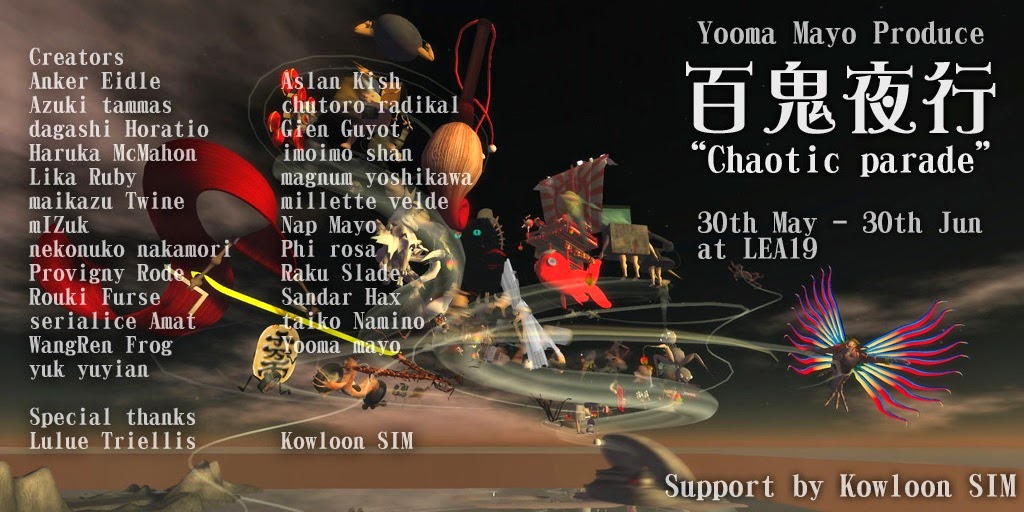