The Best of Eddi Haskell's Second Life: Happy May Day - Classic Cinema from the 1981 Movie Reds 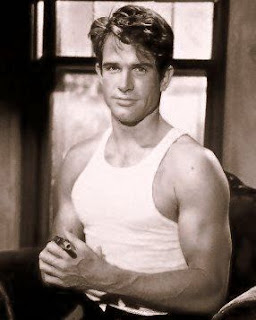 Note From Eddi: I originally ran this post in on this date in 2010, and am running it again since the great song The Internationale -- heard in the video here -- is  is being sung in many countries of the world today in honor of it being International Workers Day. I also this that this is Warren Beatty's best movie.


Although most Americans and Canadians don't realize it, May 1 is Labor Day , or International Worker's Day, most everywhere else in the world.  May Day has come to be associated with the socialist movement.
Now before I go on with this post, I will tell you that politically I am not a communist, although I in favor of social justice. The reason I am doing this post is  because I like this song, The Internationale, which is the old anthem of communism and socialism, and this movie, Reds (1981).  This was the "theme song" of the old May Day sung in marches around the world.

In Reds, hot Warren Beatty plays John Reed, an American Journalist and Communist who witnessed the Russian Revolution in 1917, and is buried at the Kremlin Wall. I think its Warren Beatty's best flick, but that is not saying much, since hes a lousy actor.  He used to be very hot to look at though.

I really like this scene when the Bolsheviks storm the Winter Palace during the 1917 Russian Revolution.   I especially think its funny when Warren Beatty has sex with Diane Keaton who is playing Louise Bryant, his wife, in the movie in the middle of this grand dramatic scene - the storming of the Winter Palace in St. Petersburg, which in actuality, was nothing like the movie shows.